Known for their extreme hardiness, they survive gruelling environments by going into a near-death state, expelling all their water and curling up into a desiccated ball. 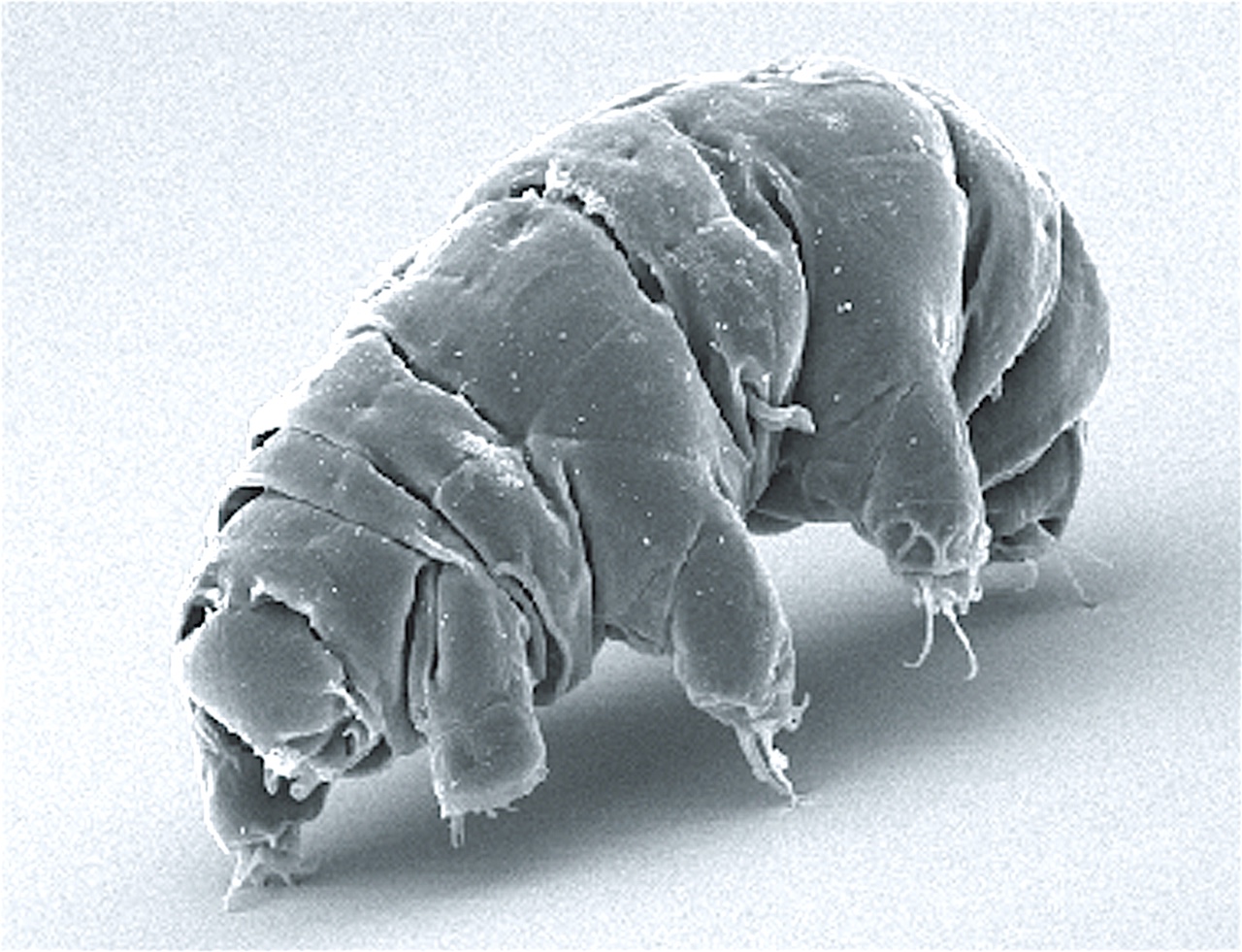 Tiny, tubby creatures called tardigrades are among the most resilient on Earth, coming back to life even after being exposed to radiation in space and being frozen for several years. A new study has decoded their genome, providing insights into their unique capability to survive extreme conditions and how different species have adapted differently.

At less than a millimetre long and barely visible to the naked eye, these creatures are found in moist places such as ponds or mosses around the world, earning them monikers like ‘water bears’ or ‘moss piglets’. They have a segmented body, four pairs of legs ending in claws and look like a microscopic bear.

Known for their extreme hardiness, they survive such gruelling environments by going into a near-death state, expelling all their water (anhydrobiosis) and curling up into a desiccated ball called a tun. A key ingredient most other species that can survive dehydration have is a sugar called trehalose. However, scientists have found tardigrades have little or no trehalose. How then do they achieve this feat?

In a new study, researchers studied two different species of tardigrades, Hypsibius dujardini and Ramazzottius varieornatus. They built the genome sequence of H. dujardini by analysing data from several sources and came up with a robust set of genes. By comparing them to those of R. varieornatus, they found that although similar proteins are present in both, they work differently.

“To live (or at least remain viable) without water, an organism has to ensure that the processes and structures that rely on water are somehow kept safe,” explained Mark Blaxter, a professor of genomics at the University of Edinburgh and one of the authors of the new study.

The rather unusual unstructured proteins found in tardigrades act as substitutes for water and prevent cells from imploding.

R. varieornatus generally lives in relatively drier conditions, such as the moss in concrete roads, and can withstand instant drying, without any notice. On the other hand, H. dujardini lives in ponds and needs about a day or two to acclimatise to drier conditions. Both species have the same set of genes. However, H. dujardini “has to turn on genes in order to survive drying, but R. varieornatus has already got the necessary proteins made,” said Blaxter. This explains why they behave differently in dry conditions, and suggests that the two species evolved differently.

Ingemar Jonsson, a professor of evolutionary ecology at Kristianstad University, Sweden, studies the evolution of tardigrades, and he thinks this the newfound explanation is quite plausible. “Given that the two tardigrade species investigated originate from habitats with different exposures to desiccation, it is not surprising that they also show different gene expressions,” he told The Wire.

How these tiny creatures have come to acquire the ability to withstand extreme conditions in the first place is something that is still not clear. One study reported that as much as 18% of the genes in tardigrades came from bacteria and other organisms. This process is called horizontal gene transfer (HGT), where genes jump from one species to another rather than being passed on from parent to child. It is a relatively rare occurrence in nature.

This finding was hotly contested because it means the conventional view of evolution – of passing on genes through reproduction – would go for a toss. And since then, several studies have provided evidence to the contrary.

By improving the genetic sequencing of the two species, the latest study proves conclusively that extensive HGT has not happened in tardigrades. “We have debunked the ‘extensive’ horizontal gene transfer story,” said Kazuharu Arakawa, a genomics professor at Keio University in Japan and a co-author of this work. “Basically the core components of anhydrobiosis have evolved within tardigrades, and they did not ‘steal’ all of these components from other organisms.”

At the same time, this does not mean that there has been absolutely no horizontal transfer of genes in tardigrades. It is rare – but has been seen in many animal species. Scientists have suggested that some enzymes, like catalase, could be responsible for protecting tardigrades against oxidative stresses. An analysis of the genomes of the two species of tardigrades investigated indicated that catalase in H. dujardini and trehalose in R. varieornatus were acquired by the tardigrades through HGT.

“It is certainly of interest if incorporation of foreign genes have allowed tardigrades to improve their anhydrobiotic capability and adaptation to desiccation,” said Jonsson. “The overall importance of these suggested HGT genes in adaptation to desiccation remains to be evaluated, but it is in line with the hypothesis that HGT may have contributed to genetic variation related to desiccation tolerance.” The authors agree this is something that needs to be investigated more, and a better understanding of these hardy creatures will thus emerge.

The study was published in the journal PLOS Biology on July 27, 2017.