The latter half of this year has had a generous dose of supermoons and that will persist. The previous one was last month. The next supermoon is next month, on December 14. 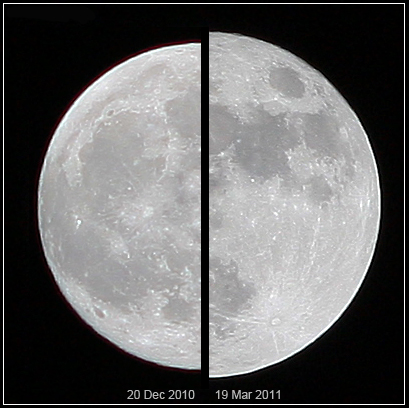 A supermoon happens when a full moon makes its closest approach to Earth in its elongated orbit. While supermoons themselves are common, tonight’s occurrence is special because the moon will break a 68-year record of closest approach to our planet. The satellite’s usual orbit keeps it 385,000 km away from Earth on average. Tonight, however, it will come 25,000 km closer before moving back away.

How is it going to look?

The moon turns full at 7.22 pm IST on November 14. At its peak, it will appear nearly 14% bigger and 30% brighter. And because it’s winter, the moon is even closer to Earth than it would’ve been in summer. As it climbs higher in the sky, it also gets harder to spot the difference between a regular full moon and a supermoon.

When is the best time to view the supermoon?

During moonrise, an optical illusion makes the moon look bigger when it’s closer to the horizon than when it’s higher up (it’s simply called the moon illusion and has no definitive explanation yet). The moon rises at 5.39 pm today but the sun sets only at 5.52 pm. So any time after 6 pm would be a good time to catch the supermoon. Supermoons offer a great opportunity for photographers as distant buildings and other landscape features are beautifully silhouetted against the argent and ascendant disc.

Do I need special equipment?

Not at all. In fact, a full moon is the worst time to observe the moon through a telescope or binoculars because the bright light reflected off its surface bleaches out any features that might otherwise be visible. The moon will be visible to the naked eye as usual – as will the apparent bigness depending on how soon after moonrise you’re able to catch it.

What is the best place to view the supermoon?

The moon itself will be visible everywhere but if you can escape the city lights for a few hours, rural areas are likelier to offer a better view. The prime consideration is to have no large structures that block your view of the moon, so if you can see a vast expanse of land or spot the horizon to your west (from where the moon rises), you are good to go. And if you are on elevated terrain, there’s nothing like it.

Does the supermoon spell doom of any sort?

Through the years, supermoons have often been linked to increased crime and natural disasters. However, studies and data show no correlation between the occurrence of supermoons and the incidence of crimes or disasters. There have been coincidental occurrences of natural disasters – most commonly the combination of earthquake and tsunami – in the week preceding or succeeding a supermoon, such as this week in New Zealand, in 2011 in Japan and in 2004 in the Indian Ocean.

But these remain nothing more than coincidences. Accompanying a supermoon are also myths about how the moon’s gravity causes more lunacy on Earth and so more crimes. Gravity does no such thing. There have been no discernible correlations between a full moon or a supermoon and increased crime.

The close approach does affect the tides but only by a few inches.

Don’t worry. As the moon recedes from Earth, it will continue looking bigger than usual over the next few days. You can watch a larger-than-normal moon tomorrow evening as well.

When is the next supermoon?

The latter half of this year has had a generous dose of supermoons and that will persist. The previous one was last month. The next supermoon is next month, on December 14. However, the moon then won’t seem as big as tonight’s. The last supermoon this big occurred on 1948 and the next one of similar size will be on November 25, 2034.