New experiment at TIFR in Mumbai disproves a prediction of the celebrated BCS theory of superconductivity on how the metal bismuth behaves. 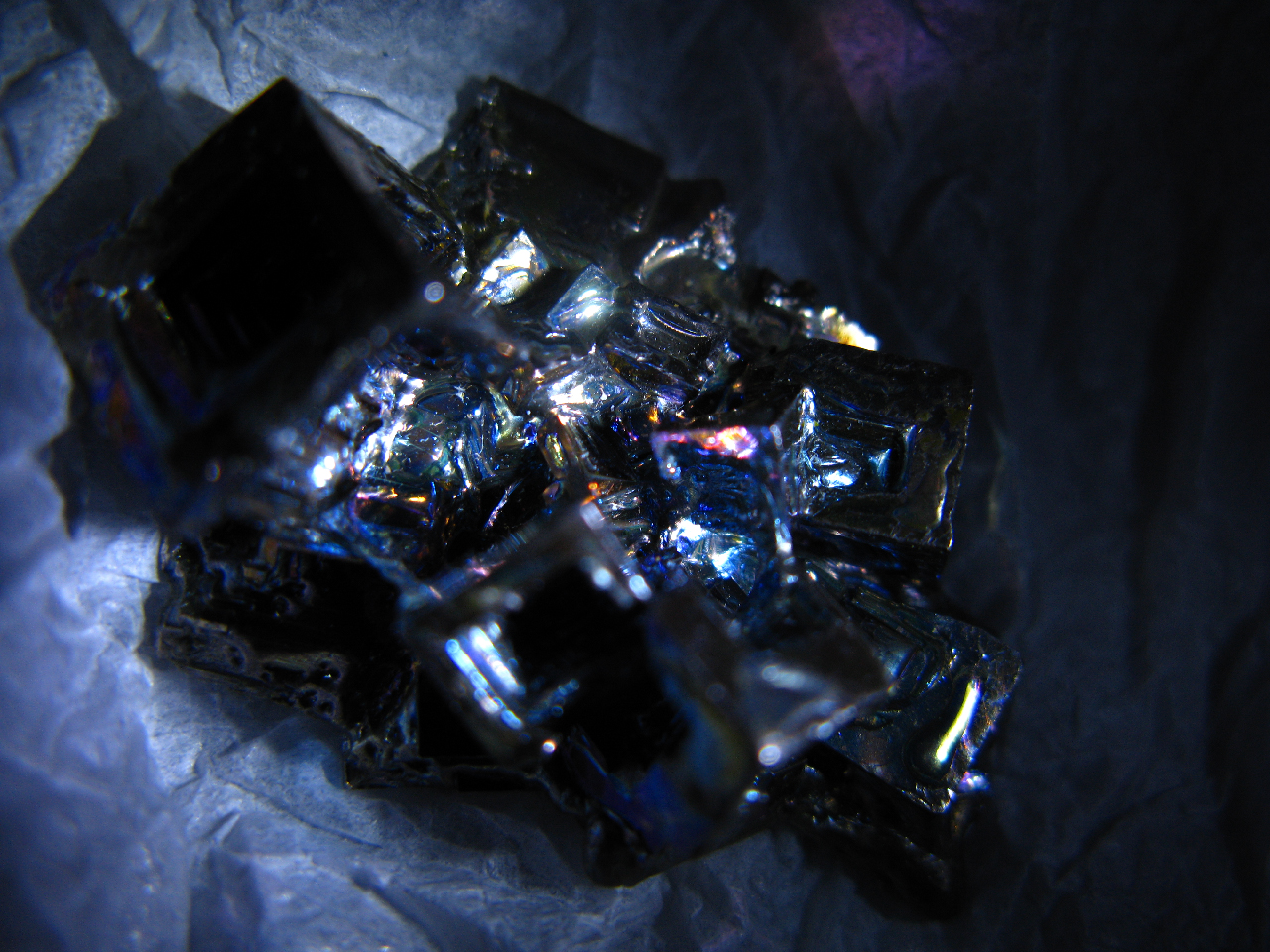 A 99.99% pure bismuth crystal. The metal has been found to become a superconductor at a higher temperature than thought. Credit: maticulous/Flickr, CC BY 2.0

Chennai: Physicists from the Tata Institute of Fundamental Research (TIFR), Mumbai, have found that the metal bismuth becomes a superconductor at a temperature at least 1,000-times higher than predicted. The discovery has surprised the physics community because prevailing wisdom doesn’t allow bismuth to become a superconductor in the conditions in which it did. As a result, physicists will now have to find new explanations and rework a four-decade-old Nobel-Prize-winning theory.

Superconductors are substances that conduct electricity without any resistance. If an electric current enters a superconducting wire at one end, it will emerge out of the other without any loss. The phenomenon was first observed in mercury in 1911 by the Dutch physicist Heike Kamerlingh Onnes. Since then, many superconducting substances have been found. Perhaps the most well known is a compound called yttrium barium copper oxide, which offers zero resistance to the flow of current when cooled to 90 kelvin (-183.15º C).

The TIFR group, however, found that bismuth became a superconductor below an ultra-cold temperature of 0.00053 kelvin (and at ambient pressure). “People have been searching for superconductivity in bismuth for 50 years,” Srinivasan Ramakrishnan, the leader of the TIFR group, told The Wire. “The last work done in bismuth found that it is not superconducting down to 0.01 kelvin. This was done 20 years ago and people gave up.” But Ramakrishnan persisted and was rewarded.

He was motivated by one of bismuth’s odder properties.

To be able to conduct electricity, the atoms of a metal must have some mobile electrons that can move throughout the metal instead of being trapped around the atoms. In superconducting metals that have been cooled to low temperatures, these electrons overcome the repulsion due to their ‘like’ charges, come together, and form pairs. The sea of electron-pairs around the metal then flow as one like a fluid, and refuse to be jolted out of their reverie by vibrating atoms unless the metal is warmed up beyond a threshold temperature. This explanation is called the Bardeen-Cooper-Schrieffer (BCS) theory. It won its conceivers – John Bardeen, Leon Cooper and John R. Schrieffer – the Nobel Prize for physics in 1972.

In bismuth, however, there is only one mobile electron for every 100,000 atoms.

“This carrier density is so small that, if we establish superconductivity [in bismuth], the conventional BCS theory cannot explain it,” Ramakrishnan said. Mukul S. Laad, a solid-state physicist at the Institute for Mathematical Sciences (Matscience), Chennai, explained: “BCS theory applied to bismuth gives a superconducting transition temperature of the order of nano-kelvins, much less than the 0.5 milli-kelvin seen in the work of the TIFR group.”

“Now we need a new mechanism for superconductivity in bismuth,” Ramakrishnan concluded.

“The discovery is phenomenal” for Ganapathy Baskaran, “and more so because it came out of India.” Baskaran is a condensed-matter physicist at Matscience noted for his work with P.W. Anderson, a Nobel laureate, in understanding the behaviour of superconductors. He is also a distinguished research chair at the Perimeter Institute, Waterloo, and a recipient of the S.S. Bhatnagar Prize in 1990.

“There are many competing forces in crystals,” he explained, “and superconductivity is suppressed at first, before it shows up at lower temperatures. And in bismuth’s case, phonon-mediated attraction can’t explain the discovery.”

Phonons are packets of energy representing the small vibrations of the atoms of a metal. In conventional superconductors, which have a higher carrier density as well as threshold temperature, phonons encourage the electrons to become paired with each other in the first place. But because bismuth doesn’t have enough electrons to go around, Baskaran – and Ramakrishnan – believe that the phonon-electron interactions of BCS theory can’t explain the finding. (In fact, bismuth is now “the lowest carrier density superconductor”, having broken a 50-year record held by strontium titanate.)

Then again, the theory will not have to be reworked entirely either, at least according to Baskaran. “BCS theory has two parts. In cuprates, one part of BCS theory goes through but the other part does not. In bismuth, there could be something similar at work,” he speculated.

The interest in this metal is not sudden. “Bismuth is a simple elemental system,” according to Laad. “Historically, it has paved the way for many developments in understanding the fermiology of metals.” Fermiology is the study of Fermi surfaces, which are abstract values used to predict the properties of metallic substances. “For example, the Fermi surface of bismuth was mapped out by the de-Haas van Alphen technique, paving the way for that technique to become the standard tool for investigation of Fermi surfaces of metals” (emphasis in the original).

Moreover, Laad continued, bismuth transitions from exhibiting the properties of a semimetal to that of a semiconductor when subjected to intense magnetic fields or pressure. It also exhibits electron fractionalisation, whereby in the presence of a strong magnetic field, changes in bismuth’s internal structure seem to suggest the presence of particles with a fraction of the charge of an electron. “These features are presently ill-understood, and so the latest discovery of superconductivity is all the more remarkable, showing up the extremely rich variety of phases that such a ‘simple’ system can exhibit.”

As a result, the TIFR discovery of superconductivity in bismuth recalls “a set of very intriguing issues for understanding the wider issue of how and under which conditions electrons in metals can exhibit unanticipated behaviours.”

On November 30, Laad and his colleagues uploaded a paper onto the arXiv preprint server proposing one way to modify the BCS theory such that it would be able to accommodate bismuth’s case. Baskaran also said that he was finishing up a paper explaining some of the other consequences of bismuth becoming a superconductor. Research is already afoot to supply the “new theoretical inputs”, as the TIFR group’s paper writes, to explain what could be happening.

The paper was published in the journal Science on December 2 (IST).