Scientists cannot take a moral ground about blind beliefs and superstition until they also focus their criticism on their own practices. 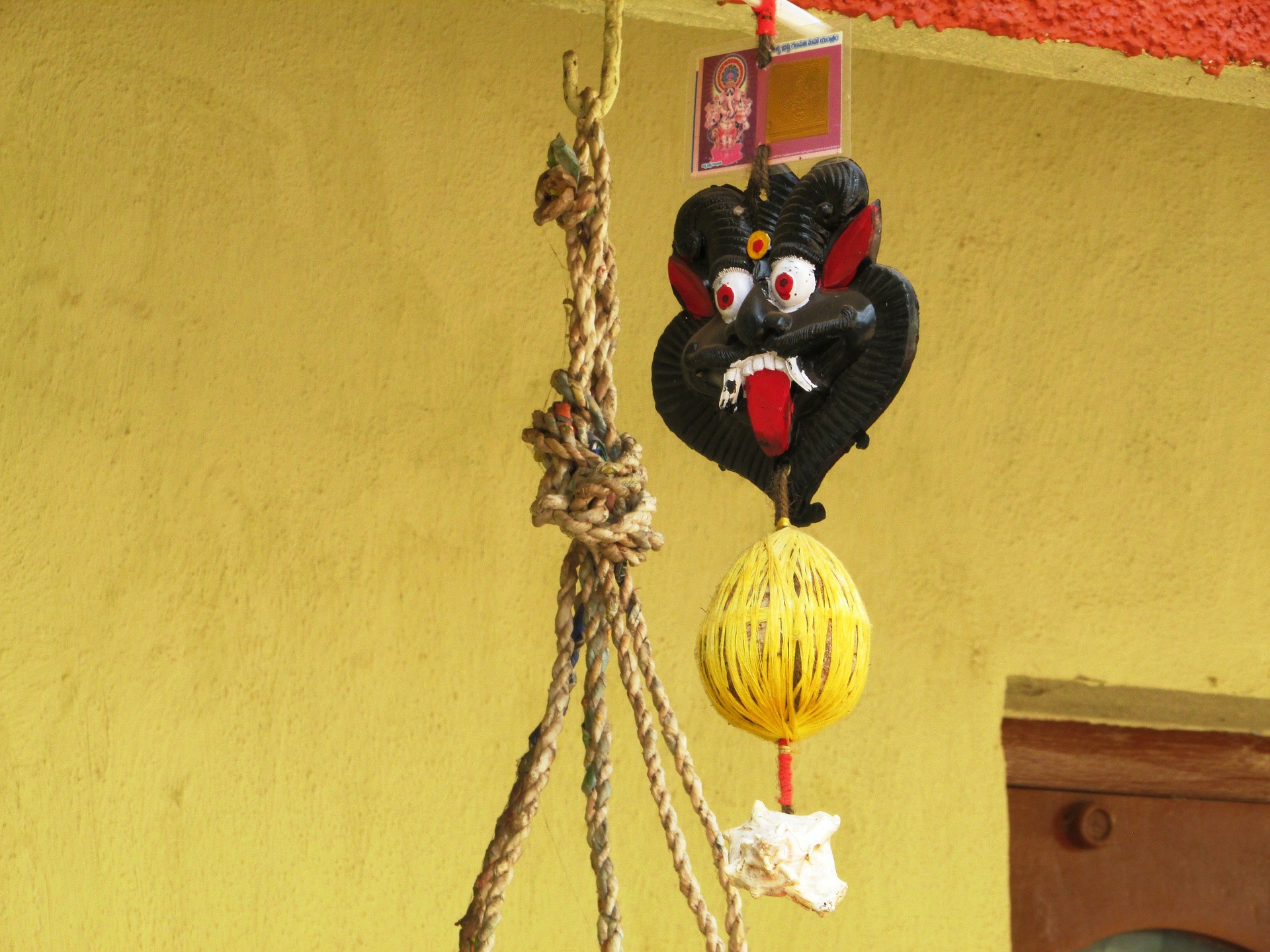 Sundar Sarukkai is a professor of philosophy at the National Institute of Advanced Studies, Bangalore and author of the book What is Science? published by the National Book Trust.

I am thankful to Rahul Siddharthan for responding to my piece in The Hindu regarding the March for Science. Such responses, as against abusive, personal attacks by some, are in the true spirit of enquiry, scientific or otherwise. In the same spirit, when I point out the errors in what he says, I want to emphasise that it is not about his lack of understanding but the influence of pervasive and systemic ideologies related to science.

Siddharthan makes the following points. He notes that the scientific method largely lies in the presentation of scientific results and not in the doing of science, and identifies characteristics such as systematisation, reproducibility and falsifiability. This kind of demarcation is a convenient way of idealising science. This is also a standard strategy when questions of ethics are raised about science. Such demarcations hide the ways by which science functions. It is these practices of science that would first challenge notions of ‘being scientific’ and are particularly relevant for any understanding of science’s relationship with human action.

This is analogous to understanding the meaning of democracy by looking only at the election process once in five years. If there is democracy in a society it is not found only in the election results in five years but in the processes of democracy in daily social life. Or of understanding dance by only looking at the presentation of the dancer – namely, her performance once in a while, although she functions as a dancer most days of her life through rehearsals, teaching and so on. In the case of science, this awareness is important since the neat model of science is a repackaging after the real science is done. Moreover, if we do not take into account the doing of science, then the results of science look more like magic rather than a creative, critical and difficult activity.

Then he says that “Sarukkai’s claim seems to be that those who argue for supporting science, in India at least, are “fundamentalist” and (perhaps worse) “unscientific” in their views.” This is not my claim. What I was saying was that those who are using naïve ideas of science for other purposes are unscientific (by their definition). I do not call them fundamentalist but only point to the similarities between those who use science in this manner and certain right-wing movements. I strongly support those who fight for increased funding for science but who do it without denigrating other disciplines or the intellectual competence of non-scientists. In other words, I was only saying that the rationale and logic for asking more funding was flawed.

He then suggests that my comment about what should be covered under education is farcical because of my claim that if we follow this group’s view on education that it should only be about scientifically tested ideas then teaching disciplines such as art, literature, social sciences and humanities will become contentious, to say the least. Unfortunately, he reads this statement to mean that I am claiming that “India’s “fundamentalist” scientists” want to stop teaching these subjects.

I am surprised by this deliberate falsehood. I had only wondered how these subjects could be taught if this restriction were to hold. Instead of answering that question, he imputes something that I didn’t say and then compounds it with an observation on history. The point is not that history uses scientific evidence but that there is much in history which also deploys various other methods of reason, which would not fall into this simplistic picture of science. The use of the term “credible historians” also betrays the fundamental tension in his response. Does he mean to suggest that if historians do not use what scientists call the scientific method, then they are not credible? How can scientists give certificates of credibility to disciplines they usually know little about?

Siddharthan then responds to the major challenge of showing how science can get rid of superstition in society. He begins by listing three elements of the ‘scientific’ method: observation, reproducibility and falsifiability. First: these three elements are too broad and have been part of a sustained analysis for a very long time. While it may seem to some that these are profound aspects of science, the sad truth is that they are not. Even accountants keep meticulous records, are seriously concerned about verifying their data constantly and are always on the lookout for falsification. These are general principles of many human activities.

To appropriate them as if they are unique only to science is to also miss the point that a large part of science does not fit into such neat categories. And when these categories are used in science, they have very specific meanings and conditions, and which are not facilely generalisable outside those domains.

Moreover, the extensive work on the notion of observations (and evidence) in science shows how observations are both historically and theoretically contingent. And although falsifiability as a category continues to remain popular with scientists even today, the difficulty of having a robust sense of falsifiability has been a point of debate right from Karl Popper’s time. Most importantly, both in the practice of science and in its published form, there is an enormous amount of work that does not fit into this model of falsifiability, etc.

Siddharthan’s example of Newtonian and Einsteinian physics compounds the issue. The use of these theories as exemplars reflects a common problem in using paradigmatic theories in physics to make sweeping arguments about the nature of science. All of science does not exhibit these characteristics and there are many examples of this even in disciplines like chemistry and biology, not to mention many other branches of physics. For example, the aim of chemistry and biology, their objects of discourse, the methods that are used in them as well as notions of what constitutes evidence within them differ from that of physics in significant ways.

Siddharthan agrees that it can’t be scientifically proven that increasing scientific temper will decrease superstitions but yet thinks that it is nevertheless obvious. His suggestion that Sati was eradicated in India as a consequence of scientific temper is not only completely wrong but also dangerous. The reason why a major social process happens is not because people who practiced it suddenly ‘got’ some form of scientific rationality. It is dangerous because such unicausal solutions will hide structural inequalities and oppression, and thereby perpetuate these systems.

Can science bear the burden of being scientific?

‘Blind beliefs’ are an essential part of the practice of the epistemological methods within science. I will restrict myself to one simple example: what theoreticians do. Very often, they work with some models, typically a mathematical model or a mathematical description of something. They might add new information to the model or solve some new equation. All of this is real hard work but does it follow the norms of the idealised scientific method? Firstly, the use of mathematics routinely (and in many cases blindly) is an epistemological habit with little justification except that of pragmatism.

The use of mathematics is ritualised to such an extent in the sciences – including in disciplines like economics – that one could justifiably see its use as belonging to ‘forms of belief and faith’. (Pure mathematicians often make fun of the ‘unscientific’ way that physicists use mathematics.) Perhaps some would say that the use of mathematics is not a blind belief of many scientists since it is useful, it can predict something that can be tested and so on. But then most people who practice other forms of ritual might also say that. This does not make these practices equal but it only suggests that scientists can’t take a moral ground about blind beliefs and superstition until they also focus their criticism on their own practices.

Such practices are also an integral part of published science. If we consider the thousands of pages of new work published in science almost every week and put them through the test of the scientific method, we will find that most of them are ritualised reproductions of various epistemological structures.

Whenever ideal images are constructed (like ideal of woman, ideal of nation, etc.), one should be wary, since any such act is often driven by considerations of power. This ideal image of science too is used to establish science as a powerful agent within modern societies. The use of this ideal image to solve social problems related to caste, religion or hatred of any kind is a red herring. It is like using a hammer to fix a bulb. When we do that, it only means that we are not really interested in solving the problem (fixing the bulb) but more invested in using the method (the hammer) – irrespective of whether it is suitable for the task or not.

The terrible cases of lynching, hatred, oppression and misuse of religion must be unequivocally opposed. For those who are serious about that task, the solution is more important than the method used to achieve it. The categories of the ideal notion of science are applicable primarily to non-human systems. So even if they work well within such systems, there is no reason why they should do so within human systems.

Until we find a new science that can accommodate new ways of understanding the human as a scientific problem, we can use other very powerful tools to deal with these problems: methods of ethical and humanitarian approaches. Ironically, it is within cultures of scientific rationality that some of the worst crimes on humanity have occurred. Not only have these crimes led to millions of deaths but they have also had a terrible effect on marginalised communities across the world in the name of scientific development.

The humiliating narrative on merit and its impact on reservation policies in the country have also been catalysed by this false idealisation of science. Medicine gets away with inhuman practices under the guise of this image. What we need is not more science to stop hatred and superstition but workable ethical perspectives – not only for society but also for science as it is practiced today.