They wrote that the incident "diminishes the image of the country at the global level and reduces faith of the international historical research community in the genuine research by Indian researchers." 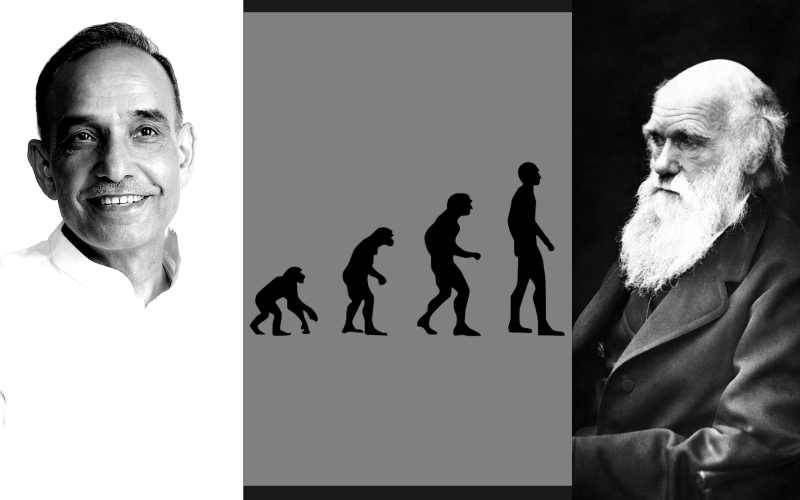 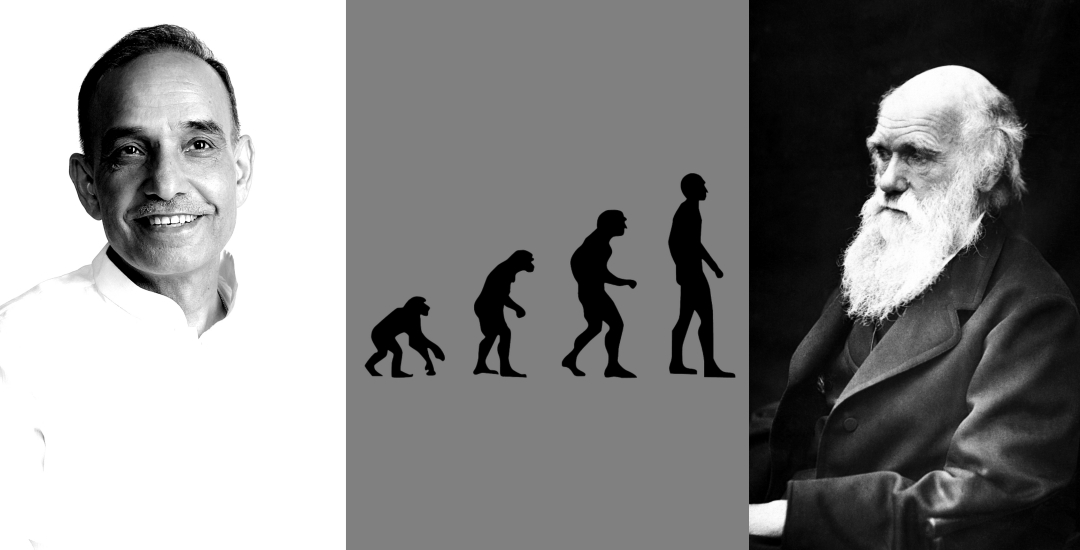 From left to right: Satyapal Singh, a depiction of Darwin’s Theory of Evolution and Charles Darwin. Credit: Wikimedia Commons/Pixabay

Chennai: Following Union human resource development minister Satyapal Singh’s comments that evolution is not a scientific theory and that it shouldn’t be taught in schools, sections of the Indian scientific community have risen in protest at what they have called a diminishment of “the image of the country at the global level”.

Singh had made his claims when he was at the All India Vaidik Sammelan, Aurangabad, Maharashtra, on January 20. Shortly after, Ram Madhav, the national secretary of the Bharatiya Janata Party, issued a tweet in support of Singh and drawing his followers’ attention to a campaign organised by supporters of the idea of ‘intelligent design’ to cast doubt on the popular theory bearing Darwin’s name.

In response, some scientists drew up a short letter protesting Singh’s statement and began distributing it through their networks. The letter states, in full (excluding the address),

On Saturday 20th January 2018, several news outlets have reported your speech made in the city of Aurangabad on the previous day. You have been quoted saying, “Darwin’s theory of evolution is wrong. It has already been rejected by scientists some 30-35 years back. It is wrong to say that humans evolved from monkeys and such references should be removed from the science and history school textbooks.” The news report also included several other questionable statements attributed to you. However, for the purpose of this letter we would focus on this particular claim.

We, the Scientists, science communicators and scientifically oriented members of public, are deeply pained by your claim. It is factually incorrect to state that the evolutionary principle has been rejected by the scientific community. On the contrary, every new discovery adds support to Darwin’s insights. One should also note that it is no longer merely a mechanism for organic evolution, but several other evolutionary phenomena in nature. Statements such as ‘humans did / did not evolve from monkeys’ is an overly simplistic and misleading representation of evolution. There is plentiful and undeniable scientific evidence to the fact that humans and the other great apes and monkeys had a common ancestor.

You have also supposedly claimed that Vedas contain answers to all questions. Such an exaggerated claim cannot be substantiated with the evidence available and is an insult to the genuine research work on history of Indian scientific traditions. Vedic traditions through the Mimamsa discipline teach us ways of analysing Vedas through rationality and logical reasoning. Your claims are at odds with the very traditions you claim to uphold.

When a minister working for Human Resource Development in the country makes such claims, it harms the scientific community’s efforts to propagate scientific thoughts and rationality through critical education and modern scientific research. It also diminishes the image of the country at the global level and reduces faith of the international historical research community in the genuine research by the Indian researchers.

Therefore, we urge you to retract the reported speech at the All India [Vaidik] Sammelan with immediate effect and issue a clarification about the Ministry’s policy towards teaching the theory of evolution.

The letter had collected over 3,600 signatories at the time this article was published. According to its organisers, the last day for signing up to it is January 24 (which can be done so on this page). After that, it will be submitted as a petition to the Ministry of Human Resource Development, the Prime Minister’s Office and the president.

India’s scientists have been reluctant to speak out as one, noticeably following the infamous 2015 Indian Science Congress. Later the same year, in the wake of widespread condemnation of the spate of lynchings against people belonging to minority communities, perpetrated by cow-vigilantes, scientists had circulated a similar petition registering their protest. Naresh Dadhich, former director of the Inter-University Centre for Astronomy and Astrophysics, Pune, had written for The Wire,

… we have not spoken loud and clear on many occasions, be that in the case of astrology (except Jayant Narlikar), superstition and blind faith, the claims of elephant heads being transplanted on Ganesh and supersonic aircraft being the technological feat of ancient Indians. Such claims were made in the Indian Science Congress meeting with the leading scientists of the country in audience. Yet there was no visible expression of indignation and protest. It is time that we as scientists be alert to our citizens calling and respond to it with due empathy as well as concern and reason.

The Honourable Minister of State for Human Resource Development, Shri Satyapal Singh, has been quoted as saying that ‘Nobody, including our ancestors, in writing or orally, have said they saw an ape turning into a man. Darwin’s theory (of evolution of humans) is scientifically wrong. It needs to change in school and college curricula.’ The three Academies of Science wish to state that there is no scientific basis for the Minister’s statements. Evolutionary theory, to which Darwin made seminal contributions, is well established. There is no scientific dispute about the basic facts of evolution. This is a scientific theory, and one that has made many predictions that have been repeatedly confirmed by experiments and observation. An important insight from evolutionary theory is that all life forms on this planet, including humans and the other apes have evolved from one or a few common ancestral progenitors. It would be a retrograde step to remove the teaching of the theory of evolution from school and college curricula or to dilute this by offering non-scientific explanations or myths.

In August 2017, scientists had undertaken a ‘March for Science’ held in various cities across the country to protest the rampant spread of superstitious beliefs and the Centre’s implicit endorsement of many of them. There had been some reports that those employed by government-funded laboratories and research centres had been prevented from attending the march. At the same time, the government did not respond in any other way, leaving it unclear if the march had achieved anything.