Optimus Prime would be proud. 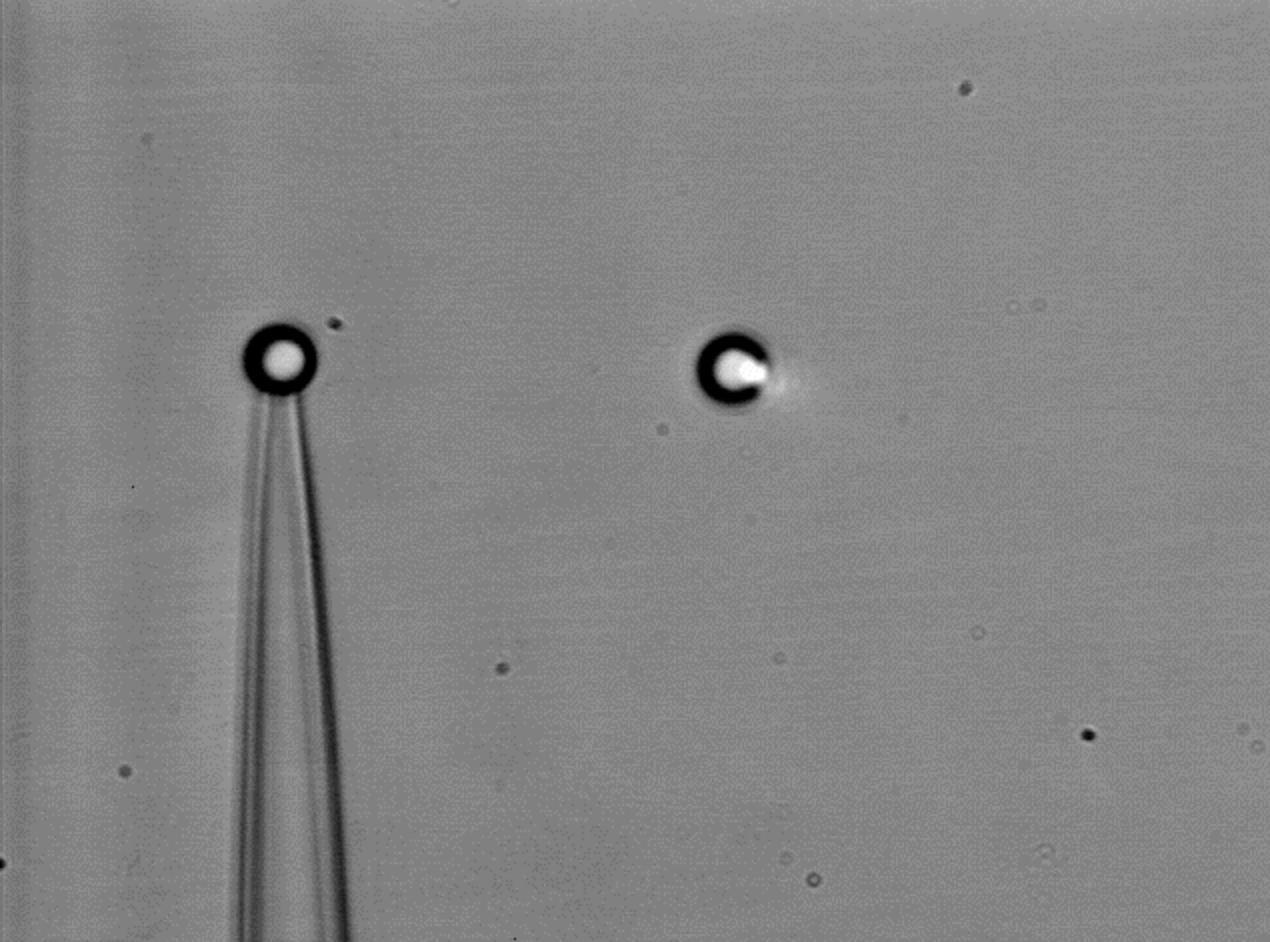 You probably don’t have any trouble picking up a football on your way out to the field. But if the football was a billion times smaller, you’re going to need help. Perhaps from a nanobot? Because it seems a tiny helical nanobot can now pick up tiny particles and drop them off exactly where you want, according to a new report.

Nanobots are not new. There have been several studies showcasing their various abilities. A recent study reported a tiny magnetic nanoswimmer, only a few micrometers long, with a body made of gold and arms made of a magnetic material that could move back and forth, like the arms of a human swimmer. The nanoswimmers can propel through viscous bodily fluids. When they’re coated with drugs, they can deliver them to specific points in the body.

However, these systems can’t work with very tiny particles and can barely probe areas less than a micrometer wide. Similarly, helical nanomotors in fluids are very good at moving objects once they’re trapped but they can rarely trap particles by themselves in the first place. In another study, researchers have demonstrated a system that can pick up cargo and transport it.

It’s made only of a single strand of DNA. It has two feet that can pick up things like dyes and move them around. Its biggest drawback is its speed: the nanobot takes about a day to traverse a surface a few tens of nanometers long, and for it to be able to pick up cargo, some specific chemical interactions are required.

But then, you also have technologies like optical tweezers – and the more recent plasmonic tweezers – that are adept at trapping particles. They’re similar to the tongs we use to pick up objects except that the tweezers use light. An optical tweezer uses a focused laser beam to create a force that either attracts or repels objects and can manipulate them as long as they’re a few nanometres wide. Plasmonic tweezers are a more evolved version of optical tweezers. They use light that’s about 1,000-times less intense, which means they can trap even smaller particles.

When light is shined on certain metals, like gold and silver, the electrons on their surface resonate with the light’s frequency and start oscillating. This action creates a small electromagnetic field around them. The field can trap any object that wanders into it. However, one has to wait until a particle happens to be near the force field, which is only about a 100 nanometers long, just like a spider waits for prey to stray into its web. Although such tweezers excel at snaring objects, they can’t take them anywhere.

So if you wanted to trap tiny objects as well as transport them to a different location, combining the two technologies could be the answer. “What is impossible for either one of them could be easily achieved when you put the two together,” Ambarish Ghosh, a professor at the Centre for Nano Science and Engineering at the Indian Institute of Science, Bengaluru, told The Wire.

To achieve this marriage, Ghosh and his student first made a tiny helix, a little more than a micrometre long, by evaporating silica and then coating it with a magnetic material. They then added the plasmonic material – silver – and either dotted it on the surface of the helix or layered it in bands along the surface.

A rotating magnetic field moves the helix in a fluid like a corkscrew, towards the particle that needs to be trapped. This type of motion is common in the natural world; several species of bacteria use helical tails to move through sticky fluids. Light is then shined on the helix, trapping the particle. The magnetic field can then move the nanobot to the desired drop-off location and the particle is released as soon as the light is turned off. Light of various frequencies can be used, such as blue and green on the visible spectrum, and infrared.

Such nanobot-nanotweezer combos can transport colloidal and biological particles about a hundred nanometres wide. According to Ghosh, such tech could thus find applications in systems where people would like tiny particles to be manipulated. He and his colleagues have shown that their helical minion can transport single bacteria, about a micrometer wide, without killing it.

“The beauty of this work is that only low-strength magnetic fields and low-intensity laser power are applied for the nanomanipulation, which is preferred for manipulation of biological matter,” said Li Zhang, a professor at the Chinese University of Hong Kong who works on small-scale robotics. He added that it could be particularly useful when selective manipulation of individual cellular or subcellular objects needs to be done remotely.

The direction of the mobile nanotweezer can be controlled precisely by varying the rotation speed and orientation of the magnetic field in 3D. “I think this nanotweezing approach could be applied for the 3D nanoassembly and development of quantum nanosystems, since individual nano-objects and nanodiamonds could be picked up and placed [where they should be] using high a positioning-precision in 3D,” Zhang said.

This particular feature is useful because the precise placement of objects on surfaces generally requires some kind of patterning. Ghosh and co. have shown that they can place fluorescent nanodiamonds at precise locations locations using their technique.

Nanodiamonds are an important component in some kinds of quantum systems. A diamond itself is uniquely suited for such applications because its crystal – the internal latticework of atoms and their bonds – contains predictable defects that allows scientists to control the storage and movement of quantum information.

Today, there is no good method of accurately positioning nanodiamonds, according to Ghosh. Using the nanobot-nanotweezer, we can now pick and place several nanodiamonds and scale up manufacturing – although it would require surmounting a barrier. According to Justus Ndukaife of the Vanderbilt University, Tennessee, the light required needs to be quite intense if the area over which the nanobots need to transport objects is increased. Ndukaife studies how object can be manipulated using light.

Another application is sorting particles of various sizes, something required is several microfluidic applications. Again, by modifying the light’s intensity and playing around with the magnetic field, the nanobot-nanotweezer can be made to pick up particles of different sizes. Ghosh said they could easily separate between particles 100-300 nanometres wide and different in size by a few percentage points of each other.

The ability to sort may be useful in separating bacterial and viruses in complex media, Ndukaife said. “The biological entities can be captured in solution and transported to pristine regions of a chip, where they can be detected.” But to accomplish this, the system needs to be studied in biologically relevant media and not just water, as is currently the case.

For now, Ghosh and team’s next step is to figure out “how you can have hundreds of them working together”.