Meet Paperfuge, the Biomedical Centrifuge Inspired By a Toy

The paperfuge can generate a force 30,000-times that of gravity – more than sufficient for a wide range of lab experiments. And it costs Rs 14. 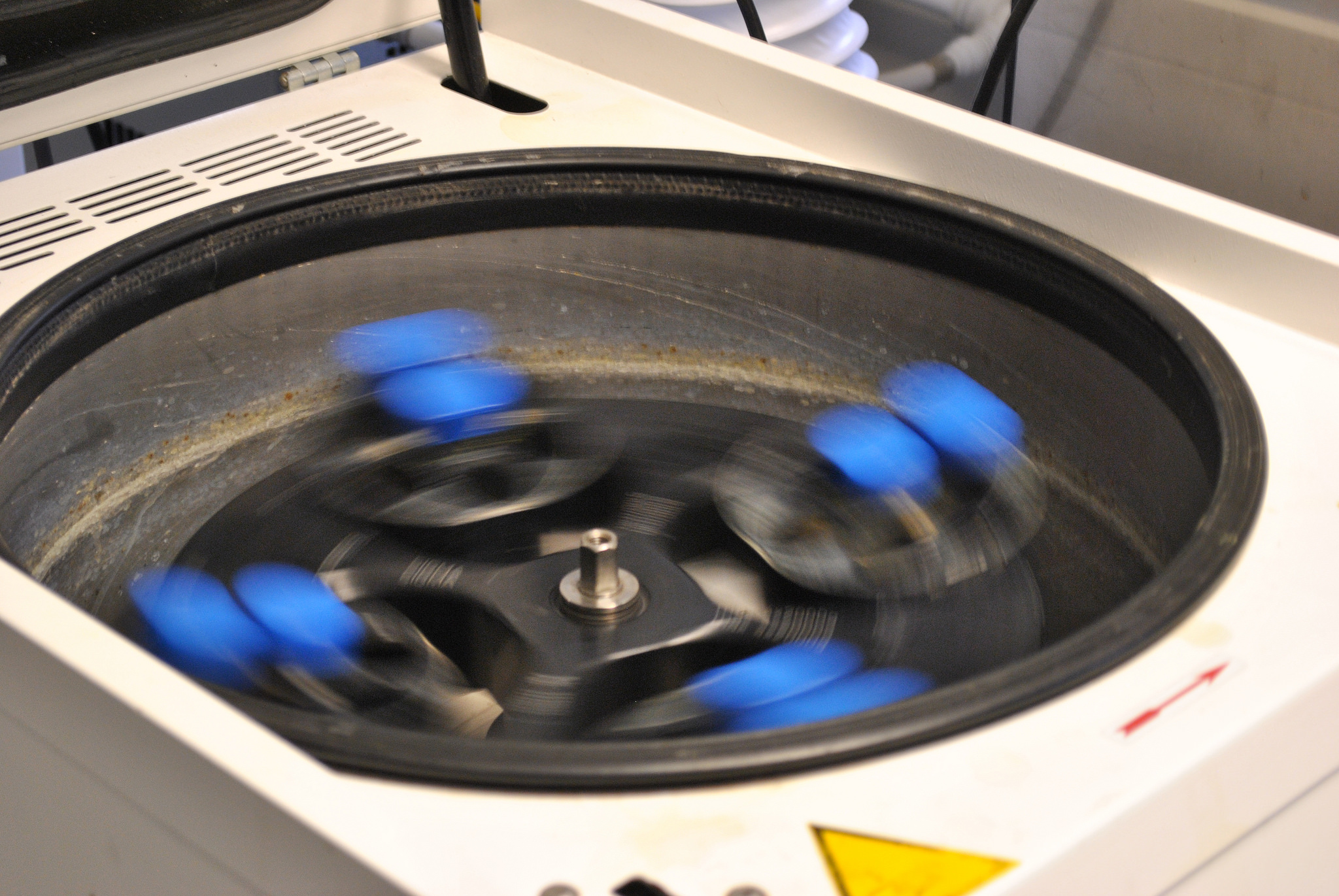 A paper-made centrifuge, called a paperfuge, could replace the more conventional and sophisticated centrifuge (shown) at remote points of healthcare. Credit: uclmaps/Flickr, CC BY 2.0

Modern science is a sophisticated enterprise that requires a high level of skill and quite a lot of money. This turns out to be a severe bottleneck when the fruits of science are to be brought to bear on our daily lives. A prominent arena where this plays out is health. We now have technologies to genetically engineer a variety of life-forms, and so play God. But we have a problem when it comes to more mundane things like performing routine diagnostics in, say, a remote village.

A reason for this is that the technology that is used everyday in a sophisticated laboratory or a hospital is not portable, or is just too expensive to be used in a remote primary healthcare setting, and in which the appropriate skill sets may also not be available.

Should biomedical technology for diagnostic purposes be expensive and complicated? The lab of Manu Prakash, an engineer at Stanford University, has tackled this problem head-on, and have already made waves by building an inexpensive origami microscope called the Foldscope. Now, they have released a publication describing what they call a paperfuge, a paper centrifuge.

A centrifuge is the workhorse in a biomedical lab. It is a machine with a rotor that rotates at astronomical speeds, of thousands to hundreds of thousands of rotations per minute, applying an outward-downward force that helps separate the components of a mixture based on their weight. For example, the different types of cells that make up the blood can be separated from the watery milieu that they live in by spinning a sample of blood at a high speed for a short while in a centrifuge. A small table-top centrifuge can cost a few lakh rupees, and a large machine runs into several tens of lakhs. These also require careful handling and maintenance. And this precludes their use in primary healthcare centres, more so in remote locations.

But a whirligig toy (also called a buzzer) – a circular disk that rotates when you alternately pull and relax an elastic string extending out of its  two faces – is something we have all played with. Some creative versions of this toy, sold by a balloonwala on the beach, even light up when the disk rotates. It does not cost a lot to make one and certainly does not require great skill to use. It has been used by humans for well over 2,000 years. This is exactly what Prakash’s lab has used as a centrifuge.

Saad Bhamla, a postdoctoral fellow, and coworkers from the lab have worked out the mechanics of the whirligig toy, finding out how the tension on the string is transformed into a force that rotates the disk attached to it. They found out that, in principle, an optimal whirligig toy could generate speeds of upto a million rotations per minute. Using their calculations as the basis, they designed a whirligig centrifuge – the paperfuge – that could operate at 125,000 rotations per minute, generating a force 30,000 times that of gravity – more than sufficient for a wide range of laboratory and diagnostic experiments. And because it’s built entirely of paper, it costs just $0.2, or Rs 14.

As a proof of principle, Bhamla and colleagues used the paperfuge to perform the standard isolation of plasma, the watery component of blood, by sedimenting out the heavier cellular components of the blood. They went further and showed that the paperfuge could separate out the malarial parasite – the cause of much mortality and morbidity in many poor pockets of the tropical world – from blood. Early days still, but no denying that this innovative repurposing of an everyday toy into an analytical tool truly takes an essential member of the biomedical arsenal to the remotest point of care.