The fruits of his research have been deployed in strategic industries like space and defence, as well as to help characterise and conserve culturally important monuments. 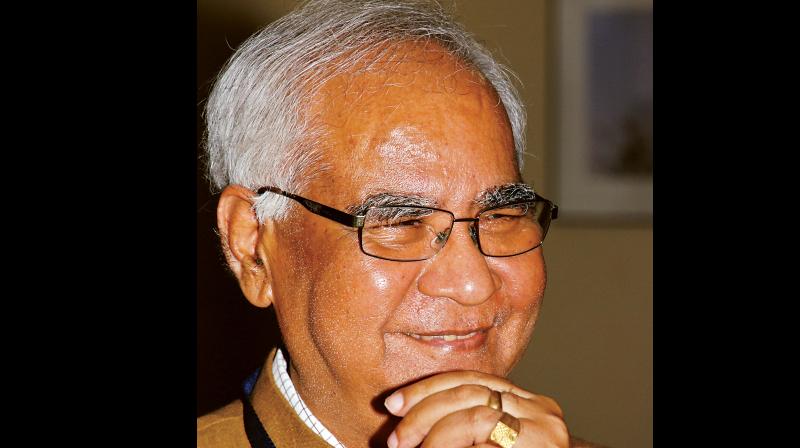 Chennai: Baldev Raj, the director of the National Institute of Advanced Studies (NIAS), Bengaluru, and a renowned administrator of nuclear power technologies in the country, passed away on January 6, 2018, aged 70. Raj was attending a conference in Pune when he suddenly collapsed. The cause for his death has not been clear.

Raj had assumed leadership of the NIAS in 2014. Before that, he was president of research at P.S.G. Institutions (2011-2014), Coimbatore, and director of the Indira Gandhi Centre for Atomic Research (2004-2011), Kalpakkam. Born April 9, 1947, he had a degree in metallurgy from NIT Raipur, completed his PhD at IISc’s faculty of engineering in 1989 and did his postdoc at the Bhabha Atomic Research Centre, Trombay.

As an atomic physicist, Raj was particularly noted for studies of sodium fast reactors with closed fuel cycles. He had called this technology a “robust pathway to reduce high level radioactive waste [by 200x], thus increasing public acceptance and sustainability” of nuclear power generation in India. He worked on designing reactors that could utilise lower amounts of uranium and more of thorium, the latter’s reserves being abundant in the country. To this end, Raj also mooted research programmes to better understand the properties of materials used in nuclear power plants and efficiently manage prototype fast-breeder reactors (PFBR). A 500-MWe PFBR unit in Kalpakkam is set to go critical soon.

He is also notable for his contributions to the development of non-destructive evaluation, where advanced signals analysis, imaging techniques and innovative sensors are used to evaluate the health of old, critical or fragile structures. Such evaluation methods have been deployed in strategic industries like space and defence, as well as to help characterise and conserve culturally important monuments. He developed new statistical methods to aid medical diagnostics, developed instruments to study biomagnetic fields and micro-electromechanical systems to study human movement.

Apart from his research, Raj worked closely with the NITI Aayog to develop science action plans for up to 15 years in the future, advised the Department of Science and Technology on clean energy, and consulted with the government on the extraction of rare-earth metals. In 2017, Prime Minister Narendra Modi had appointed Raj chairperson of the board of governors of the Academy of Scientific and Innovative Research for a period of five years. According to a statement issued by the NIAS upon his demise, “He led the institute to new heights in terms of multi-disciplinary pursuits, and brought it closer to the government and decision-making processes”.

For his contributions to studies of nuclear power and his administration, Raj was conferred the Padma Shri in 2007.