“All else being equal, a heavier hummingbird should be slower to accelerate and not as good at making tight turns” – but that's not what the study found. 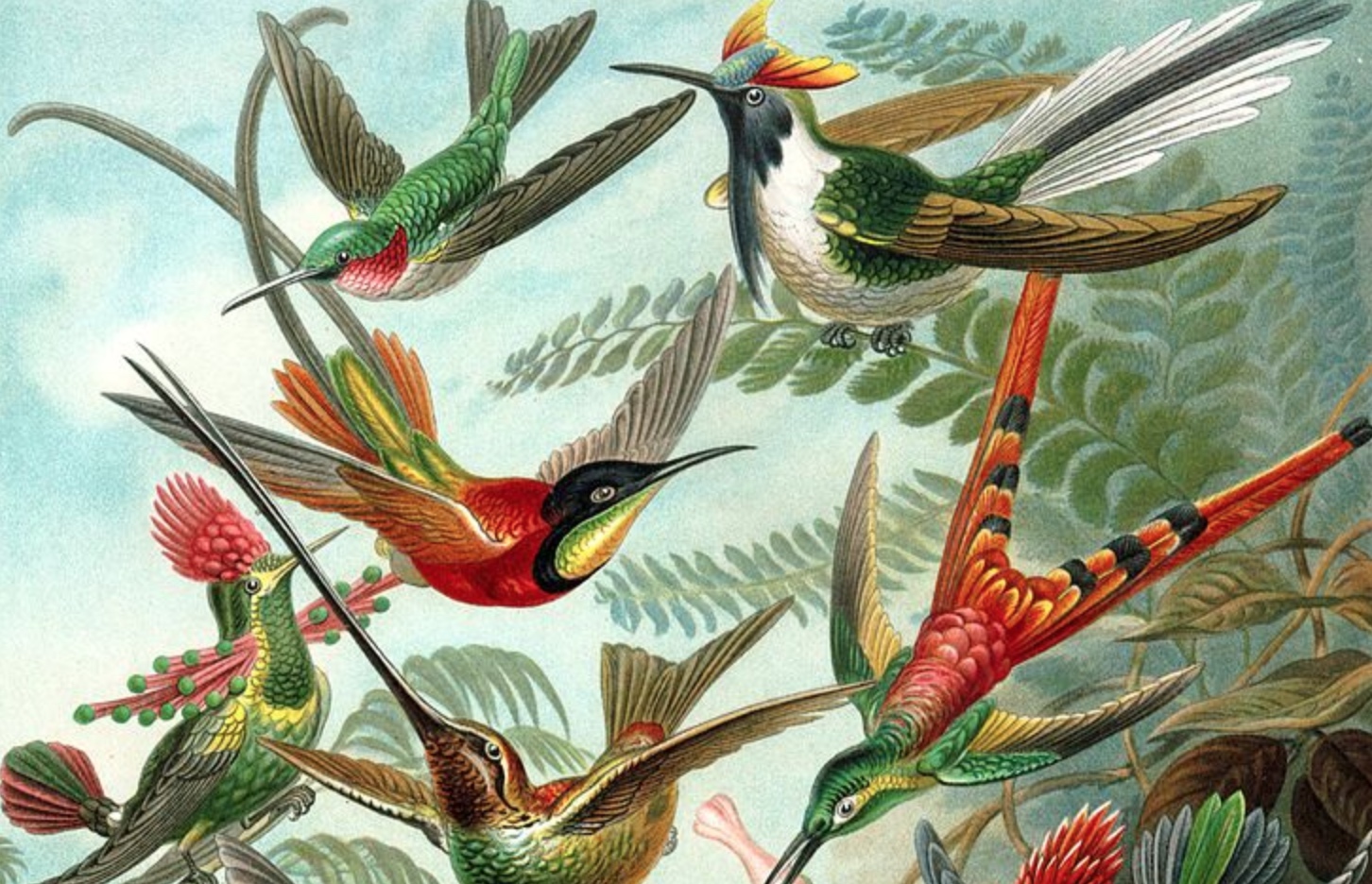 It might seem like a brightly coloured insect just zapped by, but it is a hummingbird darting back and forth, weaving through bushes without crashing, doing aerial acrobatics. Watching a hummingbird flit and hover never ceases to amaze. Now, scientists have discovered some unexpected elements of hummingbird flight. Larger and heavier species are more agile and can accelerate and rotate faster then their lighter cousins. Understanding what makes these birds such great aerialists may help us design robots and aircraft with greater manoeuvrability.

Scientists have long studied these birds, found only in the Americas, to understand how they have such amazing flight capabilities, which is important for them to find food and fight off predators. Several characteristics of the birds such their size, weight, and wing size are important in defining how they fly. One study recorded the flights of one species of hummingbird in a large chamber to understand what trait is important in determining manoeuvrability. They found that birds with stronger muscles were able to manoeuvre, defined as the ability to rapidly change speed or direction, better, and wing shape or size did not seem to matter too much. But, that does not mean wing morphology is not important.

Another study compared several species of hummingbirds that lived at different elevations and found that birds living at higher elevations have evolved larger wings to compensate for the thinner air. However, this came at a loss of rapid flight ability. All such studies have suggested a lot of different traits play a role in determining how these birds fly and they vary across species.

To understand how all these different characteristics affect hummingbird manoeuvrability Paolo Segre of the University of British Columbia in Canada, now at Stanford University in California, trudged through several natural habitats of hummingbirds. Over several seasons, Segre led the efforts to track and film the different movements of the birds using computer-aided vision in the Peruvian Amazon, Costa Rica, and the Andes in Ecuador. They studied over 200 hummingbirds from 25 different species and recorded over 330,000 manoeuvres that included several repeats.

“Most hummingbird species are found in Central and South America and so we created a mobile laboratory setup that we could bring directly to them,” Segre told The Wire. But, it was not easy getting the system to work, especially in the Amazon, where the field site was accessible only by boat and the team had to deal with poisonous snakes and fend off curious monkeys.

Back in the lab, Segre’s colleague Roslyn Dakin, now at the Smithsonian Migratory Bird Center in Washington DC, worked to analyse the massive amounts of data generated. The team broke down flight into three different categories: straight-line motion such as accelerating and braking, rotation such as pitching up or down, and complex turns such as arcing and a combination of rolling and sharply veering off in a new direction. By breaking down complex flight behaviour into geometrical categories Dakin was able to develop software to extract features and explain different aspects of flight. Using this framework they could now figure out what different characteristics across species determine agility.

One key result was that larger hummingbirds were more agile than smaller birds on many aspects such as accelerating and rotating. This was surprising, says Dakin. “All else being equal, a heavier hummingbird should be slower to accelerate and not as good at making tight turns.” And previous studies have found that within the same species of birds and bats, putting on weight reduces flight performance. “Our results explain why larger hummingbird species can outmanoeuvre smaller ones,” she says. That’s because these birds have evolved other traits that can compensate for the increased mass. They have stronger muscles that help in accelerating and developed larger wings that help faster rotation.

The researchers arrived at this unexpected result because of the large amount of data they collected, across so many different species. “This is an extraordinary paper in many ways,” Bret Tobalske, a professor at the University of Montana in Missoula, Montana, who studies bird flight, told The Wire. “The major novelty is that they framed the research in a broad comparative, evolutionary context. It is extremely rare to have such a comprehensive data set that in turn permits tests of the evolutionary trajectories of traits and performance.”

Studying more species is also useful because variation among different species is usually greater than those found within a species. So, how they fly and which manoeuvres they choose to use more also differs, which is turn depends on how differently they have evolved body structures and physiology. Adaptation was especially prominent because they found that species living in high and low elevations were equally agile, opposite to what they had seen before.

The team also found that the birds usually tended to repeat manoeuvres they were good at. Individuals who were good at a few manoeuvres like faster pitch rotations and tighter arcing turns would use them more often.

Apart from the results for hummingbird aerodynamics, the study also provides a general framework to conceptualize manoeuvrability. According to Dakin, the idea of breaking down movement data into manoeuvres defined by their geometry is something that could be applied to any other animal.

In addition, Tobalske thinks the results could be used to test new hypotheses about the ecological distribution and behaviour of hummingbirds. For example, in the mountains in Ecuador, several species of the birds are found close together at various heights. The results of the study have shown what traits underlie their flight ability and how the birds have adapted to their particular environment. These learnings, along with the developed framework, can be used to understand what rules govern the interaction of these various hummingbird communities.

Understanding what makes these birds so agile could also help us make robots and drones more manoeuvrable so they can navigate complicated environments as easily as the birds do. According to Dakin, there may be biomedical applications too. Several disorders are related to loss of sensorimotor control. “We have shown that it’s possible to quantify complex behaviors using feature extraction. This may be a powerful technique in other systems, more broadly.”

Having observed individual hummingbirds, the team is next interested in understanding how their agility helps during interactions with predators, mates, and competitors. Since it is clear that different types of movements use different body traits, like more muscle and bigger wings, another question they want to answer is what trade-offs occur because of such adaptations.

“In many ways our study is a first step because there is still a lot more information about free flight that we haven’t begun to consider, like the way the translation, rotation and turn elements are strung together to choreograph sequences of manoeuvres,” says Dakin. “Our method provides a way to begin to do that.”