Biodiversity decline is a big enough problem with multiple underlying causes, such as habitat fragmentation, climate change, poaching and human-animal conflicts, without one more threat. 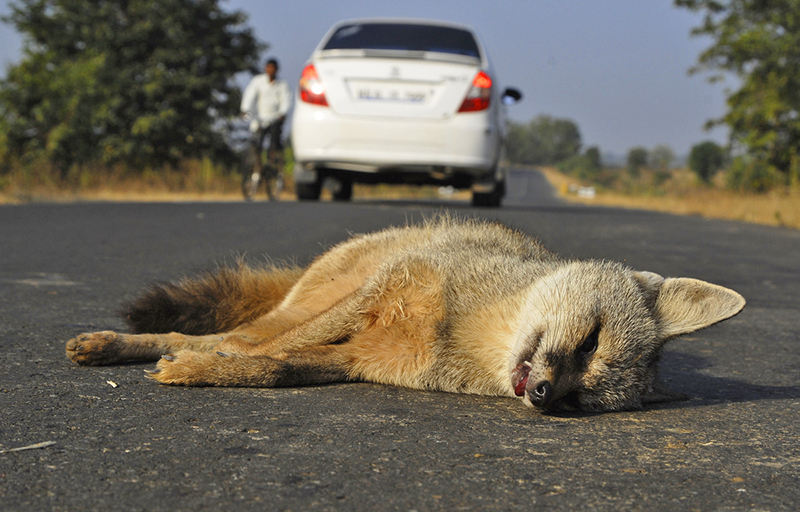 On December 29, 2017, on a highway in Maharashtra, an adult male tiger was found dead. Dead not because of poachers, a fight with another animal or a group of angry villagers threatened by the big cat’s existence – it was dead thanks to a speeding vehicle. In forests and wildlife reserves, roadkills claim the lives of innocent, unsuspecting animals that are unaware of the dangers that lie on the roads and railway tracks that run through their habitat. It is possible to address this problem through proper mitigation, but then a question arises: where do we target our efforts?

Roadkills, a citizen science initiative brought out by the Wildlife Conservation Trust, addresses this very question. Using a database that can help planners decide where to build roads and railways, the trust aims to ensure free passage for the movement of animals in a way that can reduce animal mortality.

“Unplanned development of roads and railway lines is the major cause of wildlife roadkills. We hope that the information from the Roadkills Citizen Science Campaign will help in planning our infrastructure needs in a better way and devising win-win solutions for wildlife and make our infrastructure development smart and green,” said Milind Pariwakam, a wildlife biologist with the Wildlife Conservation Trust.

The initiative has launched an app available on the Play Store for Android devices (an iOS is in the offing) to enable concerned citizens to report animal kills anywhere in the country. The data collected thus will be made available to everyone through their website. Scientists, researchers and policymakers can then use this data to plan alleviation strategies accordingly.

A 2012 study looked at the number of roadkills in the Bandipur Wildlife Sanctuary in Karnataka over six months and reported a shocking 423 animals, of 29 species, killed. The past decade alone has witnessed the death of over 150 elephants on train tracks and 16 tigers on roads. Tigers and elephants, being large animals, attract a lot of media attention and so there is data available on their deaths. However, the deaths of other animals – such as rare reptiles and smaller mammals – go unrecorded.

Biodiversity decline is a big enough problem with multiple underlying causes, such as habitat fragmentation, climate change, poaching, human-animal conflicts, etc.; adding roadkills to the list just makes it worse. At the same time, roadkills are easier to mitigate: through proper infrastructure planning, the installation of wildlife crossing structures at the right places and underpasses for the free passage of animals. But this can only be achieved through active participation from everybody in the community.

Arun Panchapakesan is a molecular biologist working in the HIV-AIDS laboratory and Neelakshi Varma is a masters student in molecular biology – both at the Jawaharlal Nehru Centre for Advanced Scientific Research, Bengaluru.