The next Mars mission will likely be launched in March 2018, have a less elliptical orbit around the red planet and could weigh seven times more than the first mission. 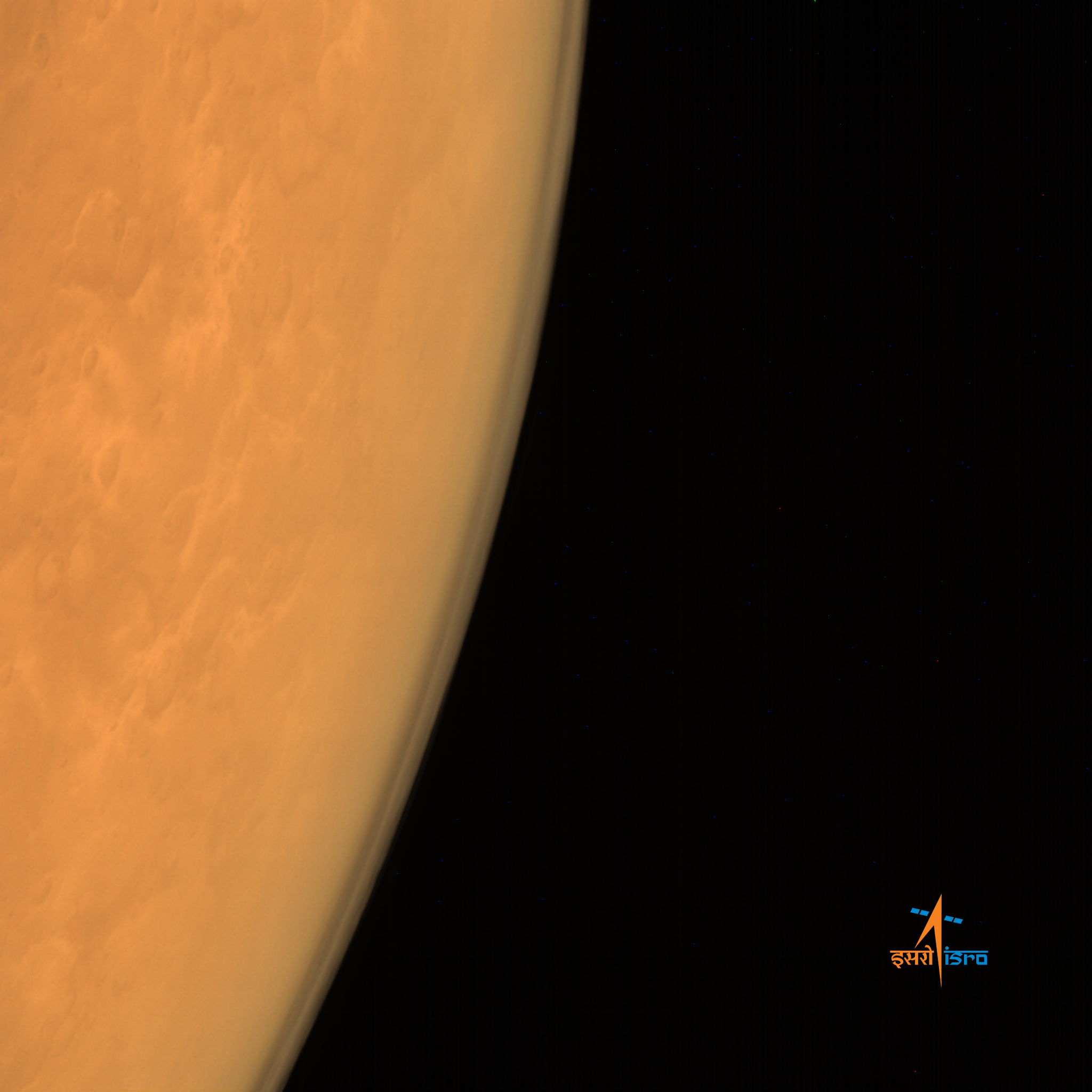 The Indian Space Research Organisation (ISRO) wants to return to Mars with a second Mars Orbiter Mission. It has published an ‘announcement of opportunity’ on its website soliciting proposals from institutions around India of the scientific studies that the orbiter could undertake. The mission will likely be launched in March 2018, when Earth and Mars become optimally aligned again in their orbits around the Sun for a craft to journey between them using a fuel-saving manoeuvre. However, no date has been officially announced.

The following is an annotation of the announcement with the relevant details.

The geomorphological features on Mars suggests an early warm and wet climate, and perhaps conducive to the emergence of primitive life. Mars is considered to be unique as it has experienced processes similar to that existing on Earth during formation and its evolution. Recent discoveries have revealed that Mars possesses a record of diverse surfaces created as a result of geological processes occurring prior to 3 [billion years], and recent volcanism, weathering events during the last few 100 million years. This complete geological record is yet to be found on Moon or the Earth, and therefore new Mars missions provide an opportunity to address questions regarding planetary evolutionary processes, how and whether life arose elsewhere in the solar system, and the interplay between geological and possible biological history.

Previous orbiter and rover missions to Mars have provided direct evidence for the presence of hydrated minerals on the exposed surface and the presence of water ice at sub-surface regions. Existence of methane has been proposed from a few limited ground based and space based observations, but these are yet to be confirmed unambiguously.

ISRO’s first MOM (MOM-1), which got into orbit around Mars in September 2014, has been looking for signs of atmospheric methane while studying surface features – just like the NASA MAVEN mission that started operating around the same time. Methane is considered a biomarker: a substance whose presence indicates the current or historical presence of life. The American space agency’s Curiosity rover on the Martian surface has also been analysing minerals and dust, looking for signs of water as well as other biomarkers. These explorers will soon be joined by the Euro-Russian ExoMars Trace Gas Orbiter, a satellite en route to Mars and which will closely study Mars’s atmospheric composition once it gets there.

The understanding of the [evolution over time] of the Martian atmosphere necessitates new measurements to quantify the loss of atmospheric water and carbon dioxide.

This loss has been driven by the solar wind, the stream of charged particles emerging from the Sun. As the particles flow past Mars’s atmosphere, they excite charged particles, which then get accelerated and shot into space. The NASA MAVEN mission has measured this rate to be 100 grams per second.

One key finding revealed today is that the solar wind strips gas from #Mars at about 100 grams (~1/4 lb) per second. pic.twitter.com/VOjMSTY4mZ

Future Mars missions are focusing on in situ surface/subsurface probing by landers and rovers, with orbiters continuing studies of Martian surface and sub-surface and also serving as continued communication link to Earth. An orbiter mission with focused science objectives can provide valuable global Mars science.

This was actually the mission’s primary objective. Studying the planet using its payload of scientific instruments was the secondary mission.

The last line is particularly relevant: since September 2014, only a few scientific studies based on MOM’s findings have been published in peer-reviewed journals. While ISRO releases a squirt of photos taken by the orbiter of the red planet every now and then, information of no other discoveries – if any – is yet available in the public domain.

While it is commendable that the space organisation is doing what needs to be done to continue the Indian scientific community’s contribution to the interesting-as-ever study of Mars, the announcement for a MOM-2 is also important for what it says about the relevance of MOM-1’s findings. As mentioned earlier, MOM-1 was primarily a technology demonstrator while the science was secondary, so the delay in publishing results is not that acutely felt. MOM-2 won’t have this leeway.

In fact, the sooner some results are available, the easier it will be for ISRO to make decisions about future missions, their scientific agenda and payloads and, overall, the problems that the space organisation will be uniquely positioned to tackle in the longer term.

The last date to submit proposals is September 6, 2016. The Hindu reported that a “total picture of the mission” will likely be available closer to the presentation of the 2017 union budget.

This “Announcement of Opportunity (AO)” is addressed to all institutions in India currently involved in planetary exploration studies/the development of science instruments for space. This orbiter mission will facilitate scientific community to address the open science problems. The Principal Investigator of the proposal should be (i) able to provide necessary details of the instrument which can address the scientific problems and (ii) capable to bring together the instrument team and lead the team for developing a space qualified instrument.

To compare, MOM-1’s payload of instruments weighed a grand total of about 14 kg. So a 100-kilogram’s worth of instruments will well-widen the scope of studies and quality of observations that MOM-2 will be able to undertake. A flipside is that launching a 100-kg satellite will require ISRO to use the heavier GSLV rocket – and the GSLV rockets haven’t yet proved themselves reliable, nowhere near as reliable as the PSLV-class rocket that launched MOM-1. So ISRO will also have to focus on getting a reliable GSLV rocket in place.

This is an oddity. MOM-1 was equipped with three power panels generating a total of 840 watts to power its instruments. MOM-2 should have a power supply of at least 1,000 watts. The ‘100W’ mentioned in the announcement is thought to be a typo.

However final values are to be tuned based on the final configuration. The apoarion of the orbit is expected to be around 5000 km.

The apoareaon is the highest point of an orbit around Mars. MOM-1, which is in a highly elliptical orbit, currently has an apoareon of ~77,000 km. An apoareon of 5,000 km for MOM-2 implies a much more circular orbit, in turn setting the context in which prospective investigators can think about what kind of science can be done.

Note: This article earlier stated that only one study based on MOM’s observations has been published in a peer-reviewed journal. It has been corrected to say a “few studies”.