Closing in on Majorana Fermions – Particles That Are Their Own Antiparticles

Particles called Majorana fermions are supposed to be their own antiparticles. A new study by an international team of scientists claims to have found them – but what they have found aren’t particles per se. 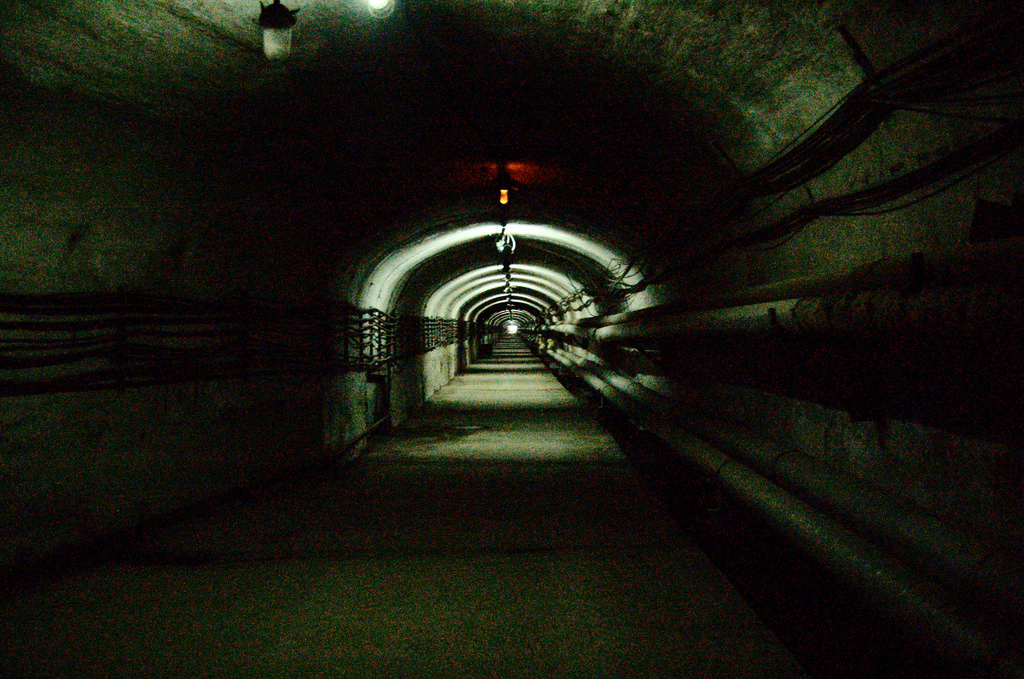 Inside a tunnel leading to the Baksan Neutrino Observatory, Russia. We don't know if neutrinos are Majorana fermions. A year after Ettore Majorana first proposed the idea, he disappeared under mysterious circumstances. Credit: hombit/Flickr, CC BY 2.0

Physicists know of three kinds of fermions. Dirac fermions have mass, and is the class to which most fermions that make up matter belong. Weyl fermions are fermions that have no mass, and have so far only been found lurking in solids with strange properties. Majorana fermions, however, are the weirdest of the lot.

Though they haven’t been detected in the quantum wilderness of nature yet, mathematical calculations suggest that Majorana fermions should exist. So physicists have built complicated and expensive experiments, such as the EXO-200 in New Mexico, to look for them in nature.

On July 20, however, the results of another experiment – conducted by scientists affiliated with institutions in China, Saudi Arabia and the US – suggested that scientists had detected the presence of Majorana fermions in somewhat unnatural circumstances. A scientific paper accompanying the announcement was published in the journal Science.

Quasiparticles are not particles. They are packets or distributions of energy whose behaviour mimics that of particles. Physicists working with solids use quasiparticles as a stand-in for particles that might not actually be there but whose surroundings are registering effects that make it seem as though they are there. As Jon Goff, a physicist at the University of London, told New Scientist (paywall) in September 2016, “They are really just a way of simplifying a complicated problem.”

For example, recently, scientists found evidence for a particle called a type-II Weyl fermion in a compound of aluminium, germanium and lanthanum. While it behaved as if it had no mass – the definitive property of all Weyl fermions – it was a quasiparticle, not a particle. This was because the type-II Weyl fermion was a group of electrons that were behaving as if they had no mass, in some specially engineered circumstances. Outside of these circumstances, electrons are actually classified as Dirac fermions.

An example with greater consequence might be a quasiparticle called the exciton. It plays an important role in photosynthesis.

So, is the discovery of Majorana ‘modes’ equivalent to the discovery of Majorana fermions? “Unlike the Majorana fermions sought by high-energy physicists, those pursued in solid state systems are not fundamental particles – the constituents of condensed matter are, inescapably, ordinary electrons and ions,” Jason Alicea, a physicist at the University of California, Irvine, wrote in a review of the subject in 2012. “This fact severely constrains the likely avenues of success in this search.”

In a similar vein, Giorgio Gratta, a physicist involved with the EXO-200 experiment, said in a statement, “The quasiparticles they observed are essentially excitations in a material that behave like Majorana particles. But they are not elementary particles and they are made in a very artificial way in a very specially prepared material. It’s very unlikely that they occur out in the universe, although who are we to say?”

To find the Majorana fermion quasiparticles themselves, the Science study’s authors performed an experiment involving the use of two materials – a superconductor and a quantum anomalous Hall insulator (QAHI) – to create a third, called a topological superconductor. These materials have certain electrical properties that are governed by the rules of quantum mechanics.

Topological superconductors are materials that host Majorana modes – regions where Majorana fermion quasiparticles may be found – on their surface. They also conduct electricity only on their surface, not through their insides, or ‘bulk’. The first time they were synthesised, according to Jay Sau of the University of Maryland, it was hailed as a major breakthrough in condensed-matter physics.

This time, to create one, the scientists stuck a conventional superconductor, a material that offers no resistance to the flow of electric currents at very low temperatures, to a QAHI.

To understand the QAHI, take a look first at a QHI, i.e. a quantum Hall insulator that’s not yet ‘anomalous’. A QHI is a material that displays the quantum Hall effect. Say a magnetic field is applied across a very cold and very thin, ideally two-dimensional, conductor carrying an electric current. Changing the strength of the magnetic field changes the conductance, which is the ease with which the electrons can flow through the conductor. However, even if the field strength is changed in a continuous manner, the conductance changes only in fixed steps. This is the quantum Hall effect. 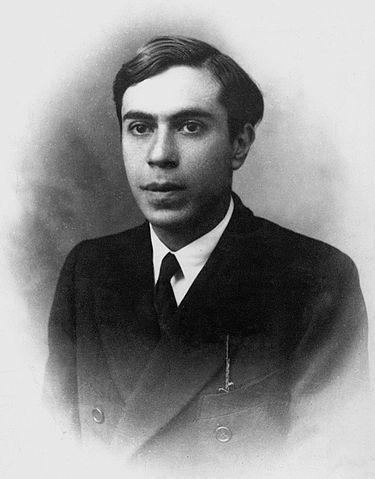 Now, when a QAHI and a conventional superconductor are coupled, a topological superconductor is formed. In this material, the electrons flow only along the outer edges and without any resistance. The material’s surface, as mentioned, also has Majorana modes.

To tease these modes out into forming Majorana fermion quasiparticles, the researchers next applied a magnetic field over the topological superconductor. As they varied its strength, the conductance of the QAHI changed in discrete steps while the electrons flowing around on its surface stopped, changed direction and started flowing back around.

When the magnetic field was brought to a certain strength during this exercise, the quasiparticles emerged from the topological superconductor in pairs. They joined the electrons in their zombie-like parade on the material’s surface, to the mysterious beat of the magnetic field’s strength. During this, one member of each pair would get sidetracked while the other would march on.

Remember that shifts in the magnetic field strength cause the conductance of electrons to change in fixed steps. But if Majorana quasiparticles have joined the party, then the conductance would have to change precisely by half these steps. And that is what the team observed, according to their paper.

Vlad Pribiag, a physicist at the University of Minnesota, Minneapolis, wrote in an accompanying article for Science that this work is “the first to provide evidence of an individual chiral Majorana mode”. The ‘individual’ here is important because Majorana quasiparticle pairs have been observed before.

In 2012, scientists at the Kavli Institute of Nanoscience (Delft) and the Eindhoven University of Technology (Eindhoven), led by Leo Kouwenhoven, coupled nanowires with superconductors, applied a changing magnetic and elucidated the presence of pairs of Majorana fermion quasiparticles.

Whether found in pairs or by themselves, whether in the form of particles or quasiparticles, scientists have been incentivised to look for them because of their putative usefulness in building quantum computers of the future. This is because the behaviour and (some) properties of Majorana quasiparticles is dictated by a group of mathematical rules called non-Abelian statistics.

Apart from fermions, which make up all matter, there are the bosons, which are responsible for mediating the fundamental forces (e.g. the electromagnetic force is mediated by a boson called the photon). The behaviour of fermions and bosons are dictated by Fermi-Dirac statistics and Bose-Einstein statistics, respectively, and this imposes certain limits on what the  particles can do.

However, physicists have theorised the existence of a third class of particles called anyons, whose behaviour is guided by a different set of rules that are supposed to be much less limiting. One such set of rules is non-Abelian statistics. Thus, Majorana fermions – by being a manifestation of non-Abelian statistics – should lend themselves to being manipulated in ways fermions and bosons won’t.

So where does this development leave experiments like EXO-200? Right where they are, actually. The promise of a real quantum computer isn’t the only allure at work here.

According to particle physicists, every particle is supposed to have an antiparticle. For example, an electron’s antiparticle is the positron. When an electron and a positron meet, they annihilate. In the same vein, neutrinos, the ghost-like particles that flood the universe but hardly ever interact with other particles, have antineutrinos.

However, there has been persistent suspicion among the people studying these particles that an antineutrino might, in fact, be just another neutrino. In other words, they’d like to know if neutrinos might be Majorana fermions.

To find out for sure, physicists have set up multiple experiments. EXO-200 is one of them; others include the MAJORANA Demonstrator, CUORE, GERDA and KamLAND-Zen. All of them contain some radioactive material, typically the isotope germanium-76, which their detectors are intently observing, looking to see if a process called neutrinoless double beta decay occurs.

Finding this out about neutrinos has vast implications, most notably in understanding why the universe today has more matter than antimatter, not equal quantities of both. It would also allow scientists to catch a glimpse of areas of physics our experiments haven’t probed yet but which physicists think must exist.

Apart from neutrinos, one theory of such ‘new physics’ also postulates that photons could have a heavier ‘partner’ particle in the form of a Majorana fermion called a photino, and that their interplay with other particles could help explain what dark matter is.

For now, condensed-matter physics has beaten high-energy physics to finding its Majorana fermion, even if it is in the form of a quasiparticle. It is too early to say whether this bodes well for the discovery of a Majorana fermion particle in the future. In the meantime, however, the two areas of physics could have opportunities to work together. Gratta said in the statement, “Analogies in physics have proved very powerful. And even if they are very different beasts, different processes, maybe we can use one to understand the other.”

Who are we indeed to say if these Majorana quasiparticles are unnatural.