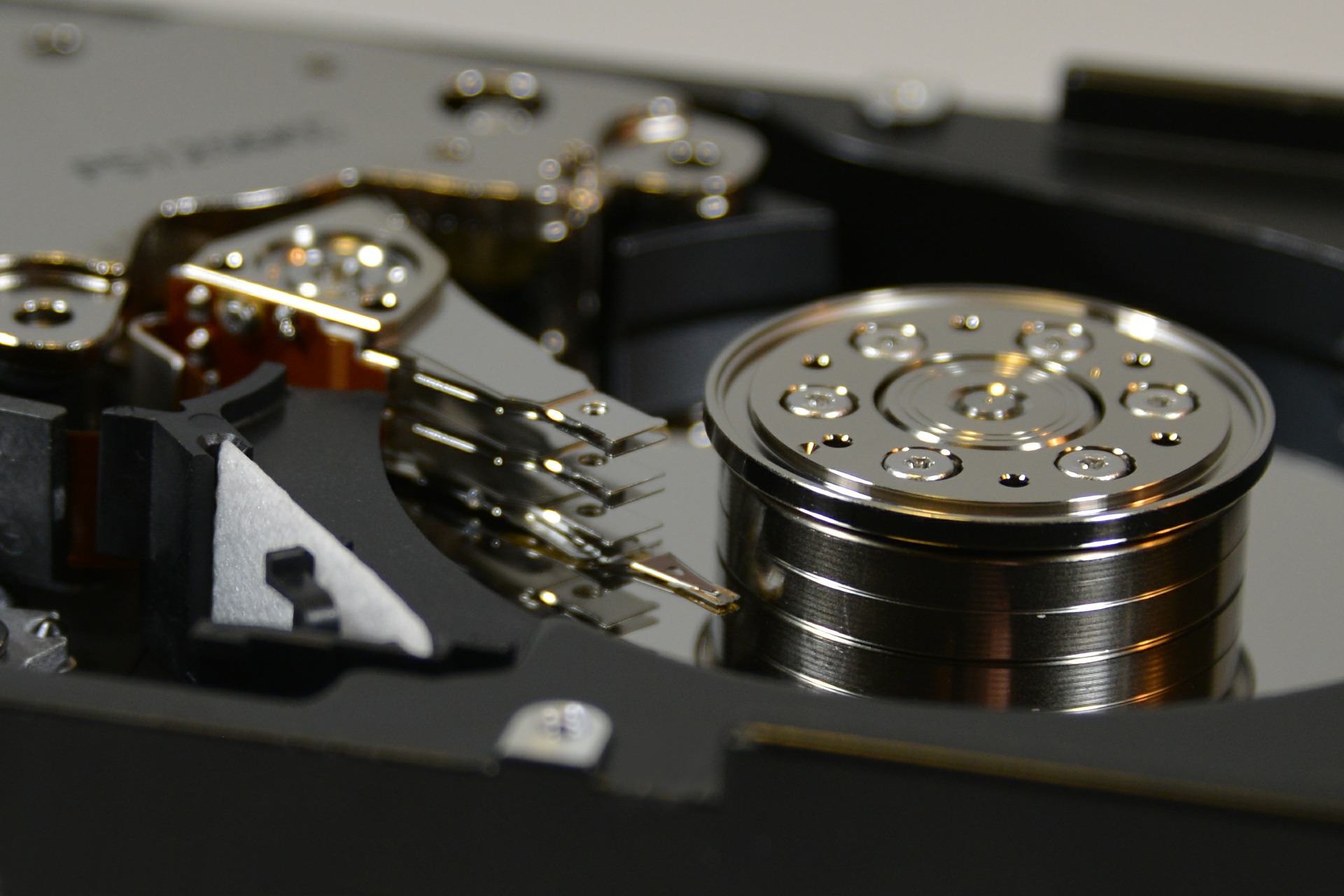 If you’ve visited The Wire‘s Facebook page, you must have noticed a globe of 24 dots joined by lines in our social media logo. Now say you have a real-life replica of that globe made of a very elastic polymer in your hands, and you stretch it, squeeze it, twist it around, even knot it with itself. Let’s say the polymer does not tear or break. The study of those features of the globe that are preserved while you were messing with it is called topology.

A topological phase of matter is one whose topology and energy are related. For example, physicists have known that at a lower temperature, the surface of a single-atom-thick layer of superfluid helium develops vortices in pairs that move around each other according to how they are both rotating. At a slightly higher temperature, the vortices become unpaired – but stay put instead of moving around. This is a topological phase transition: the topology of the substance changes according to the temperature.

This exact example – of vortices in liquid helium – is called the Kosterlitz-Thouless (KT) transition, for its discoverers David Thouless and John M. Kosterlitz. There are many other examples of topological phase transitions, all utilising the quirky things that quantum mechanics makes possible in strange, sometimes useful, ways. For example, physicists use topological concepts to understand electrical conductors better (especially insulators and superconductors), as well as apply it to the study of the smallest packets of energy as well as to discover the shape of the universe. In engineering, topological phases are used to find particles that, when they bump into others of their own kind, vanish in a puff of energy; build more efficient hard-drives; and make better robots.

This breadth of applications, as the British-American physicist F. Duncan Haldane has remarked, is thanks to quantum mechanics’s willingness, and classical physics’s reluctance, to be bizarre.

In a classical phase transition, cooling a gas converts it into a liquid, changing the shape and nature of the thing itself. Cooling the liquid converts it into a solid, and cooling the solid further and further does nothing more… until you cool it close to absolute zero and quantum mechanics takes over.

Understanding when this “classical out, quantum in” transition happens and identifying its effects on the material has been a topic of great interest in condensed matter physics – particularly because of what Thouless helped realise. Curiously, in the experiment he conducted with Kosterlitz’s help, quantum mechanics plays a role in creating the vortices on the liquid helium’s surface. But once the vortices form, their behaviour can be explained using ideas from classical physics.

However, a visual confirmation of the number of holes can be too much to ask for when you are dealing with matter at microscopic scales, likely even smaller. Even the holes themselves may not be well-defined and instead exist only mathematically, such as when you input certain properties of the material into an equation and it spits out a value. As Juan Carrasquilla of D-Wave Systems wrote for APS Physics, “The experiments [searching for invariants] require challenging electronic transport and interference measurements, as well as in situ images of the materials that host the topological phases, whereas the simulations require numerically intensive calculations.”

Thus, supercomputers are called for – or, as physicists from Cornell University and the University of California recently suggested, specially programmed neural networks could do the job as well.

A neural network is a circuit arranged the way neurons are ordered in some parts of the brain: in layers that successively process and refine information. Using such networks to identify phases of matter is an idea that has been making the rounds since at least the mid-2000s. “The most commonly known use of machine learning – image recognition – is an example of phase identification: these images are cats and those images are apples, etc.,” Yi Zhang, a theoretical condensed-matter physicist at Cornell University, New York, wrote in an email to The Wire. “This is similar to saying these systems are liquids and those systems are crystals.”

The advent of machine-learning techniques that incorporate neural networks in studying topological materials is a “very important development”, according to Ganapathy Baskaran, a condensed-matter physicist at the Institute of Mathematical Sciences, Chennai, and a distinguished research chair at the Perimeter Institute, Waterloo.

But topological phases have presented a unique challenge. This is because less complex, and better understood, phases of matter can be identified on paper through the presence or absence of a combination of other properties – including specific heat, magnetisation, how the constituent atoms are ordered, etc. The neural network simply has to learn to compute these numbers in different situations and check if they lie within certain limits. On the other hand, topological phases do not always show up in circumstances in which we understand everything that is going on. The network has to learn to deal with many uncertainties since, according to Zhang, their giveaways “can be rather implicit and abstract”.

To overcome this, he and Eun-Ah Kim, also of Cornell University, have proposed building something called quantum loop topography (QLT). If it sounds complicated, it is, but not impossibly so if we take a few steps back.

QLT is a multidimensional image that, according to Carrasquilla, “highlights topological information about the phases that is otherwise invisible to the networks”, constructed using advanced detection techniques. In effect, QLT is like extra-mashed food prepared for a toothless baby. There is a bit of effort required to create it but it pays off by making matters easier for the neural network, which processes it.

At the heart of the QLT is an mathematical calculation performed using the wave-functions of all the electrons in a given volume of the material. A wave-function is a function in quantum mechanics that reveals some properties of a particle. For example, knowing the velocity of a particle, its likely position (though not exact position) can be derived from its wave-function. These functions can also be added and multiplied according to some predefined mathematical rules to give rise to other wave-functions that describe the corresponding particles’ interactions, and this is where it becomes a problem. It is exceedingly tough to find a single wave-function that could describe the behaviour of all the electrons in a volume of interest. It is even tougher to find such a function for the bulk of a material that behaves differently in different areas – such as a topological insulator.

To skirt this problem, Zhang and Kim force the neural network to compute the QLT instead of the wave-functions directly. And creating the QLT is a multi-step process that is less computationally intensive. According to Zhang, it goes like this:

1. Pick various larger and larger slices of the given volume of the material (in their proof-of-concept study, the duo has used numerical models instead)

2. Compute the various electrons’ wave-functions in those slices (or models, in the paper)

3. Extract snapshots of each slice’s (or model’s) wave-functions

4. Extract adequate amount of nonlocal quantum information about the phase from which those slices (or models) have been obtained. “In a quantum system there is way more information than, say, just the local electron density,” Zhang elaborated. “Think about a holographic photo, and quantum systems are even more information-rich than that. This is especially true for topological phases of matter.”

5. Use this information to create images – the QLT – of the selected region

The QLT is then used as fodder for the neural network, which determines if it contains evidence of a topological phase.

In their paper describing the tests, published in the journal Physical Review Letters on May 22, Zhang and Kim use a topological insulator called a Chern insulator. To understand its properties, let us take another step back – this time going back almost 140 years. Quoting at length from ‘How the Physics Laureates Used Geometry to Tame the Very Weird of the Very Small’ (The Wire, October 4, 2016),

In 1879, a 24-year-old physicist named Edwin Hall was performing an experiment at the Johns Hopkins University, Baltimore, as part of his doctoral dissertation. He had an electrical conductor along the length of which he’d managed to create a voltage. As a result, there was some current flowing through the conductor. Then, he applied a magnetic field perpendicular to the conductor, and got ready to check if there was a voltage along the breadth of the conductor as well. To his surprise, there was. His discovery took the wider world by storm because it came 18 years before the electron was even discovered. This phenomenon is called the Hall effect.

In 1980, Klaus von Klitzing repeated Hall’s experiment with two differences. First, he used a very thin sheet of electrons to conduct charge. Second, his experimental apparatus was maintained at a very low temperature, close to absolute zero. He found that he was able to get the same results that Hall had found. But within those results hid another discovery. The ease with which the electrons could flow through the conductor, called the Hall conductance, seemed to change in very fixed amounts when the magnetic field was weakened. This persisted even when Klitzing decreased the amount of electrons in the conductor or changed the conductor itself.

Klitzing’s discovery is called the quantum Hall effect, for which he won the Nobel Prize for physics in 1986. However, he didn’t know what exactly was going on. Enter Thouless, who interpreted the conductance to be a topological invariant. Just like objects could have 1, 2, 3, … holes, Thouless said that the Hall conductance could have values like x, y, z, …, but not x/2, y/2, …. In effect, objects with the same Hall conductance are topologically similar.

Now, a Chern insulator is, “roughly speaking, a material [that] is an insulator in the bulk but has a number of edge states that each contribute a quantised conductance,” according to David Abergel, an assistant professor of condensed-matter physics at the Nordic Institute for Theoretical Physics, Stockholm. Edge states are simply “quantum states that exist only near the edge of the material.” (For instance, a topological insulator has an edge state that allows it conduct electricity on its surface.)

The number of edge states in a material has a fixed relationship with its (quantum) Hall conductance. It is also used to define the so-called Chern number, which is a topological invariant used to study quantum phases in insulators. QLT promises to make identifying, and replicating, such edge states easier in various conditions. Zhang and Kim claim that their technique can be used to detect a variety of topological phases, including those that exist in two or three dimensions, as long as the QLT can be adapted to different materials. For example, as Carrasquilla wrote, the Hall conductance is used to characterise Chern insulators, so its corresponding formula is involved in building the QLT for these materials.

A material that has displayed many of the necessary properties to be used in spintronic devices is nickel chloride monolayer (NCM). A study published in the journal Nanoscale in January this year suggested that NCM could behave as a Chern insulator at 0-10º C, which is high relative to the temperature at which quantum phases typically manifest. The study’s authors think it could pave the way for “near-room-temperature” spintronic devices. Another material of interest that supposedly behaves as a Chern insulator is molybdenum disulphide, according to a study published in the journal Physical Review B in February 2017.

Ultimately, Baskaran said that there was a way to go before machine-learning could actively help scientists discover more such materials or make existing ones better because theoretical proposals for Chern insulators are still being debated. “Once the theory becomes stronger, then you can engineer materials.” By that time, Zhang/Kim’s QLT as well as other techniques like it, based on neural networks, should be better prepared to transform the materials of our lives. India could also have caught up, considering, according to Baskaran, that “there has been very little work in the country on this.”