Hopes for 'New Physics' Pave the Road to Rencontres

The Rencontres de Moriond provides a snapshot of the questions particle physicists are pondering, in a way capturing the flavour and direction of efforts to unravel what the smallest bits of our universe look like. 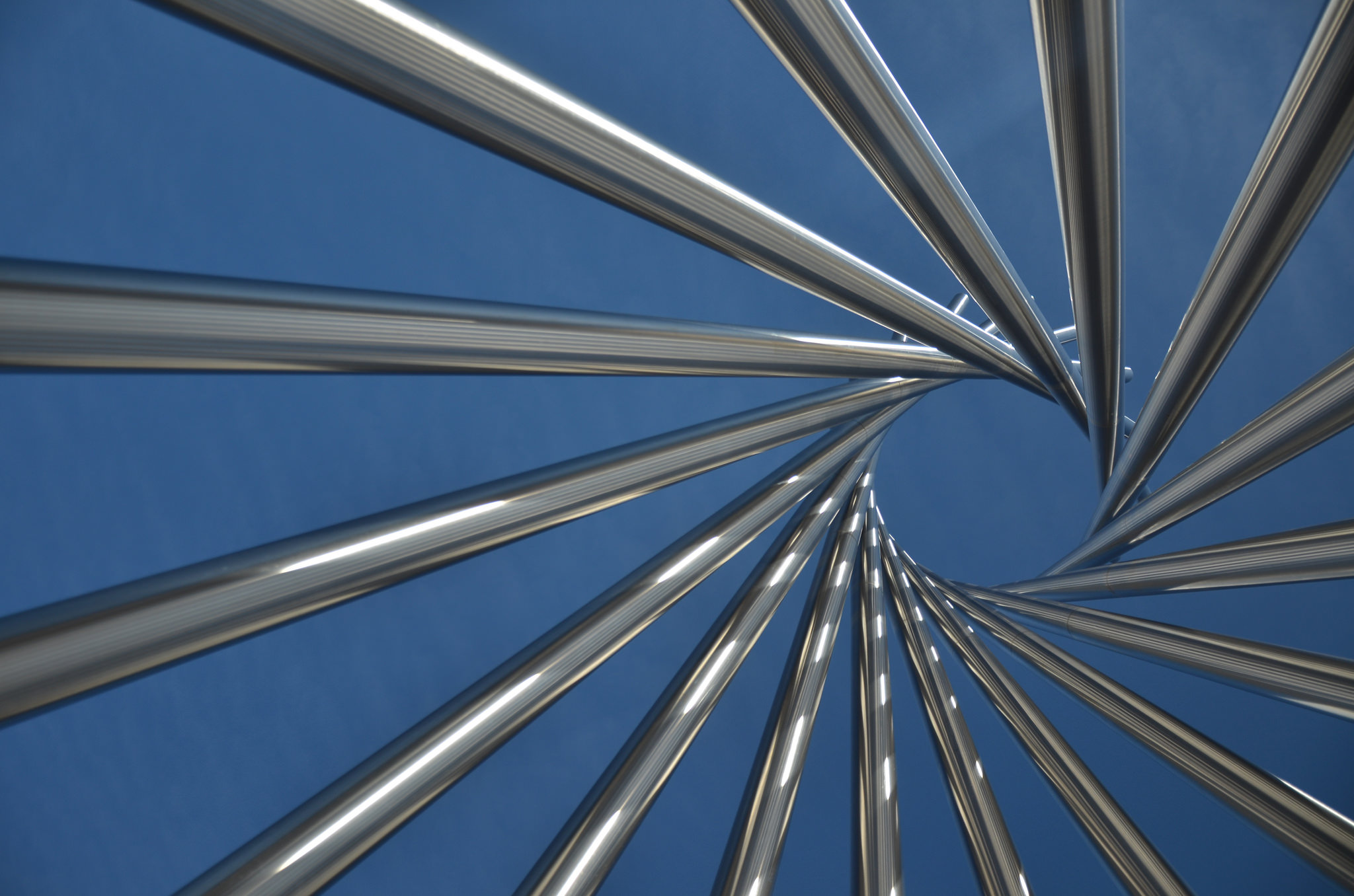 For two weeks from March 10, particle physicists from around the world will gather for an annual conference in Italy to present and discuss theories and recent experimental results. Called the Rencontres de Moriond, the conference provides a snapshot of the questions keeping particle physicists occupied, in a way capturing the flavour and direction of efforts of those scientists studying what the smallest bits of our universe look like.

Often, these scientists also choose to present interesting observations they’ve made that set the tone for what to look forward to.

This year, just like the way it’s been the last few times, Rencontres is set to focus on searches for ‘new physics’. The presentations are divided into three categories, representing three major areas of study in the field: electroweak theory, quantum chromodynamics and cosmology. Electroweak (EW) theory is concerned with particles interacting with each other through the electromagnetic and weak nuclear forces. Quantum chromodynamics (QCD) has as its subject the strong nuclear force, and cosmology deals with studies of dark matter and gravity. So the four fundamental forces of nature are divvied up between them.

Physicists have been able to understand both EW and QCD through unified mathematical framework called the Standard Model of particle physics. The Standard Model has been highly successful in describing many EW and QCD phenomena but it remains incomplete because scientists haven’t been able to use it to make sense of some of the finer, but not lesser, details of modern physics. So they’ve been studying new and alternate theories, making fresh predictions about the particle world and checking if they hold up at testing grounds like the Large Hadron Collider.

The hope is that scientists will be able to find something new, something the Standard Model hasn’t predicted, so they can use that to work backwards to a more comprehensive theory of physics. ‘New physics’ is a catch-all phrase for such theories.

Since scientists at the Large Hadron Collider (LHC) announced in 2012 that they’d found the Higgs boson, the last major particle predicted to exist by the Standard Model that hadn’t been found until then, the search for ‘new physics’ has picked up pace. The collider added to a growing sense of desperation when – from its place as the world’s foremost particle physics experiment – it wasn’t finding any signs of ‘new physics’. With each experiment it conducted – where it collided billions of protons head-on while instruments tuned in to catch the fleeting presence of ultra-rare particles – and with each negative result it reported, a clutch of alternative theories were ruled out.

Thankfully, physicists haven’t drawn a complete blank. They have a few promising leads, and the latest on them will be presented at Rencontres 2018.

By virtue of its size and power, the LHC provides a large chunk of the data physicists use to make their calculations. “The LHC has been colliding protons at 13 TeV centre-of-mass energy in 2015 and 2016,” Siim Tolk, a research fellow at CERN, the European nuclear physics lab that hosts the collider, told The Wire.

The ’13 TeV’ is a measure of the energy at which the LHC collides protons. The higher it is, the more the chances of observing a rare particle. The Higgs boson, for example, was observed when the LHC collided protons at 8 TeV. The LHC is the highest energy collider in the world at present.

“Currently we are carefully analysing the physics data from these collisions. The next proton-proton collisions are expected in spring 2018,” Tolk said.

Another important source of data is the Belle experiment in Japan. Though not as big as the LHC, the accelerator powering the experiment is specifically geared to studying one kind of particle, called the b quark. A rule of the Standard Model, called lepton flavour universality, predicts that the b quark should decay into two sets of particles at an equal rate. However, experimental physicists have found that it actually decays into one set more often than the other, flagging a potential sign of ‘new physics’.

While the LHCb experiment at the LHC has spotted signs of this anomaly, its data has been described as “messy” because the LHC wasn’t built to study the b quark specifically. So the accelerator behind the Belle experiment underwent a revamp. “This will allow unprecedented sensitivity to the full range of new physics in the ‘flavour sector’,” Tom Browder, a physicist at the University of Hawaii, Manoa, and spokesperson for Belle II, said to Physics World.

It switched on in February 2018 with the ability to generate 40-times as many particle collisions as it was before. Subsequently, Belle was also upgraded to Belle II, and is expected to start taking data in February 2019.

Browder told Nature of the relationship between the LHCb and the Japanese experiment: “There’s definitely competition between the two, but also complementarity.” This is useful because, in Tolk’s words, it will help physicists “make sure that what we are seeing is not a statistical effect”, and signal that something really is up with the b quark.

This something has the potential to explain the antimatter paradox – a.k.a. why the universe today is filled with more matter than antimatter when, right after the Big Bang, there would’ve been equal quantities of both.

These experiments are also complimented by six at CERN all studying the interaction of matter with antimatter, looking for the slightest differences between them beyond what’s been predicted. As Elizabeth Gibney wrote in Nature, “The six experiments, the latest in a line of investigations that began at CERN more than 30 years ago, are attracting attention as the LHC continues to draw a blank in its hunt for particles that could explain the antimatter paradox.”

Another line of investigations probing the Standard Model and antimatter involves the study of the extremely abundant particles called neutrinos. Neutrinos barely interact with matter; every second, billions of them are passing through your body with no effect. The Standard Model originally assumed that neutrinos, like photons, are massless – but they were found in the 1990s to have mass. So the Standard Model has since had to be extended to be able to account for this ‘anomaly’. One way suggests that some neutrinos can ‘travel’ through higher dimensions of space while us humans are stuck with three. Another thinks that neutrinos and antineutrinos are the same particle, i.e. that the matter-antimatter distinction should be dropped.

Rencontres 2018 is also expected to have a strong focus on dark matter, a mysterious substance whose presence has been implied by some features of the universe that theories of gravity can’t explain. Even the Standard Model as it stands can’t explain what dark matter could be either.

Additionally, there is now one new intriguing result in the backdrop. Astronomers recently announced the discovery of some radiation trapped in 13-billion-year-old hydrogen atoms and which could’ve originated from the universe’s first stars. These atoms were found to be cooler than expected, implying they’d been surrounded by something even colder all those years ago. The team that made this discovery suggested based on some calculations that the colder substance could be dark matter.

However, the arXiv preprint server (where physicists upload their papers before they’re published by a journal) soon exploded with arguments both supporting and disputing the result. Strikingly, one set of papers (links here and here) even suggested that the results could be explained if the substance known as dark matter didn’t exist at all. This echoes the controversial ideas of physicists like Erik Verlinde, who thinks dark matter is a red herring that can be chased away using what we already know about quantum mechanics.

In fact, the road to Moriond is itself couched in larger debates about how the smallest building blocks of nature might influence the cosmic origami constantly unfolding around us. Scientists from around the world have been exploring concepts like the arrow of time, the arrangement of galaxies in the universe, dark energy, string theory, naturalness, the multiverse, etc., all of which draw from – and inform, in return – results presented at gatherings like Rencontres 2018. Major policy and financial decisions also hang in the balance, such as whether governments should give scientists billions of dollars more to build larger versions of the LHC or if scientists should adopt more cost-effective approaches that might still yield the answers they’re looking for.

As Tolk said, “An inconsistent experimental result is often what is needed to trigger a fundamental shift in how we understand the laws of nature.”