Crosstalk: What’s Necessary and Sufficient for Science to Thrive, Over the Years

Crosstalk is our monthly column on the history, culture and processes of science. 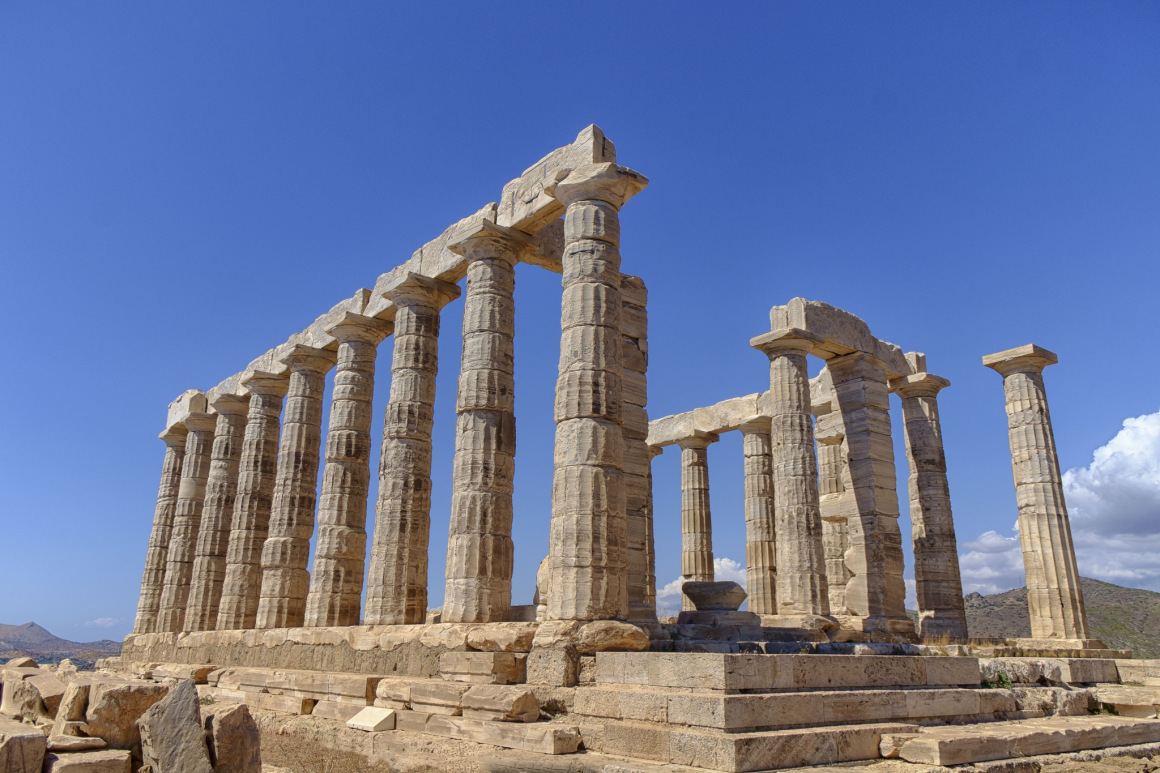 Crosstalk is our monthly column on the history, culture and processes of science.

A cornerstone of the philosophy of logical reasoning and central to the scientific method are the ideas of necessity and sufficiency – deceptively simple ever so easily confused. We often confuse necessary statements to imply sufficiency. For example, oxygen is necessary for life but not sufficient for life. In contrast, a sirloin beef steak is sufficient to provide all nutrients humans need but it isn’t necessary. For sufficiency, only the necessary elements satisfying that particular condition need to be present. Rarely do necessity and sufficiency together provide a powerful set of conditions for a statement to be true.

Let’s explore criteria throughout recorded history that have been necessary and sufficient for a culture of science to flourish. While humans as a species have thrived through the collection and utilisation of knowledge, there have only been a few instances in history where a culture of science has flourished in specific societies. While individual conditions enabling this have been discussed, a closer inspection suggests four necessary conditions, which – when all are satisfied – are sufficient for science to thrive.

Throughout history, there have been many societies with instances of some of these conditions being met, resulting in scientific advances. This is not sufficient to catalyse a larger culture of scientific progress in that society. However, these four conditions have been all met only twice in history, in two regions of the world, and have come close to being satisfied in two other instances.

The first case of satisfying most, but not all, of these conditions was in classical Greece, particularly Athens. Athens became wealthy by controlling trade in the Mediterranean through its powerful navy and mercantile fleet, and through mines of silver. This meant surplus resources for the pursuit of art and science. The second condition, of a free exchange of ideas, was enabled by the then-unique concept of public debate in Athenean democracy along with the setting up of academies (by Socrates, Plato, Aristotle and others), where students could openly debate ideas. This helped the development of logic as a philosophy.

Athens benefited by location, collecting different ideas from North Africa, Asia Minor (particularly the Persian empire stretching east), and the tribes of Europe. All of this boosted scientific endeavours. However, despite democracy, the utilisation of human resources was sub-optimal in Greece. Only Greeks were free citizens who could choose their professions, and every one else was a slave with few options. The Greek population was small, and intense rivalries limited long term stability and prosperity (resulting in (1) vanishing). Given this, the growth of science and art in Greece was itself remarkable.

The Caliphate in Baghdad

The second instance which came close to meeting all necessary conditions for sufficiency was during the “golden age of Islam”, between the 8th and 12th centuries. In this time, several empires under a united caliphate in Baghdad ruled from Europe to northern India. There was an explosion of wealth through trade and plunder by conquest, providing resources for art and science. Importantly, the practice and beliefs in Islam were nascent and different peoples (with their own cultures and ideas) were coming under its sway. This meant that Muslims encountered new ideas at a time when either refuting or assimilating these ideas was still permissible, since many practices in Islam were still evolving. While not all ideas were uniformly encouraged, there was an effort to collect and debate ideas from the farthest corners of the globe.

Thus did Greek medicine become Unani medicine, and philosophy, including the study of logic and the works of Socrates (Suqram), Plato (Aflatoon) and Aristotle (Aristu), become mainstream. Meanwhile, Indian mathematics, arithmetics and astronomy were adopted by Muslim kingdoms (becoming the Indo-Arabic numeral system of today) and thereon leading to the development of algebra, the seeds of calculus. Chinese inventions like gunpowder were quickly perfected. There are recorded instances of non-muslim scholars being patronised in these kingdoms, including Jews like Maimonides. This was probably enabled by the early egalitarian nature of Islam, which emphasised brotherhood more than orthodoxy.

Importantly, it established the first broad schooling system, the madrsa, where both secular and religious learning was imparted, as well as building public libraries. This was the first time in history that learning was available to all sections of society, and not only the privileged priestly or royal classes. This incredible education of human resources and the opening up of career options, such as they were, was critical in building hotspots of learning and advancing science.

The failure of this Golden Age toward catalysing industrial and scientific revolutions is often attributed to the Mongol invasion and the sacking of Baghdad in 1258. However, this is not all true since even before the Mongol invasion, much of the Islamic world was stagnating because of increased orthodoxy. By the start of the 12th century, Islamic kingdoms had lowered tolerance of foreign ideas, especially those that challenged Islamic philosophies, and were veering toward established practices. A part of the reason for this was that economies were stagnating in many of the Islamic kingdoms. The moment ideas are viewed through an “us vs them” prism, their exchange ceases.

After the Mongol invasion, a way to differentiate between the outsiders (Mongols) and the inhabitants was a greater acceptance of orthodoxy, while the invaders themselves became more Muslim in their beliefs to justify their own legitimacy. As the Mongol empire collapsed, most upcoming rulers emphasised orthodoxy to establish their own power and rule, killing free thought, the free exchange of ideas and suffocating experimentation through questioning. Even the madrsas became dogmatic. Essentially, the four necessary conditions disappeared.

The rise of the West

Conditions for sufficiency for the flourishing of science were fulfilled centuries later in Western Europe, particularly Britain, triggering the industrial-scientific revolution. With the opening of sea routes to the east and with the East India Company, Britain became very wealthy due to a combination of trade and empire. There was a surplus of resources which could be used in the pursuit of innovation, and a forward-cycle of innovation helped the company maintain its and its kingdom’s economic leadership. There was also an explosion of ideas, since Christianity had had its reformation, and the British for the first time directly encountered the ideas of India, China, the East Indies and Africa along with the Middle East.

Finally, this expansion demanded an educated human workforce. For the first time, people not from the nobility or priestly class could change professions, become apprentices and choose to master different trades. Indeed, last month’s column is a particular example of this. At this time, the surplus of wealth and ideas also resulted in the establishment of universities across Europe, especially in Britain. All the necessary conditions were met to satisfy sufficiency for the flourishing of science, and this continues to this day.

The final example is North America, particularly the United States of America. These lands were vast and resourceful, and were initially colonised by a mix of pilgrims escaping persecution and people from across Europe escaping feudalism and limited opportunities. While this population was small till the mid 1800s, there was a spurt in growth and prosperity, and increased political stability, following the end of the civil war toward the end of that century. The establishment of large, open universities (including the great land-grant universities) prompted an influx of new ideas and engendered a growing mass of people with a wide range of skills, ideas and education. This trend continues to this day; in fact, the lasting strength of conditions (1) to (4) have made a tradition of it.

What of India then? Was there ever a time when all these conditions – surplus wealth (with political stability), a free exchange of ideas, exposure to many ideas, and a broad, well-trained human resource – existed concurrently?

There have been times when up to three of these conditions were met, and these would be the Golden Era of Indian civilisation. In classical Gupta, Chalukya, Pallava, Chola or other empires, there were brief periods where multiple philosophies coexisted and interacted with orthodox beliefs (which in India was orthodox Hinduism or Buddhism) – especially the heterodox philosophies of nyaya (or logic), charvaka, ajivika, sramana (including Jain), without any one completely dominating and suppressing other schools of thought.

But almost invariably, these ‘equilibria’ were overrun by one school of orthodox thought, with insufficient free exchange or acceptance of other ideas, and so points (2) and (3) weren’t sustained for long enough. Finally, throughout Indian history, education and learning were restricted to an elite section of society, preventing the full and ideal capitalisation of human resources. Similar arguments can be made of civilisations in China, Japan, Persia, Ottoman Turkey, Egypt, etc.

Today, despite an interconnected world with easy access to information, these four conditions of necessity to satisfy sufficiency for a culture of science remain remarkably consistent. India today is perched on an interesting edge: there are resources – but not enough reaches science and education, so (1) remains poorly satisfied); there is access to ideas, but an increasingly polarised society (so what of conditions (2) and (3)?); and only a section of the population has access to high quality education (but given the sheer numbers, (4) may still be satisfied). Small shifts in (1), (2) and (3) may catalyse a (long overdue) scientific revolution, or push India back to being a middling, “ho-hum” nation.

Sunil Laxman is a scientist at the Institute for Stem Cell Biology and Regenerative Medicine, where his research group studies how cells function, and how they communicate with each other. He has a keen interest in the history and process of science, and how science influences society.