Beyond the Surface of Einstein’s Relativity Lay a Chimerical Geometry

A hundred years after Einstein's theory of general relativity was announced to the world, it's a good time to remember Georg Riemann's contributions as well. 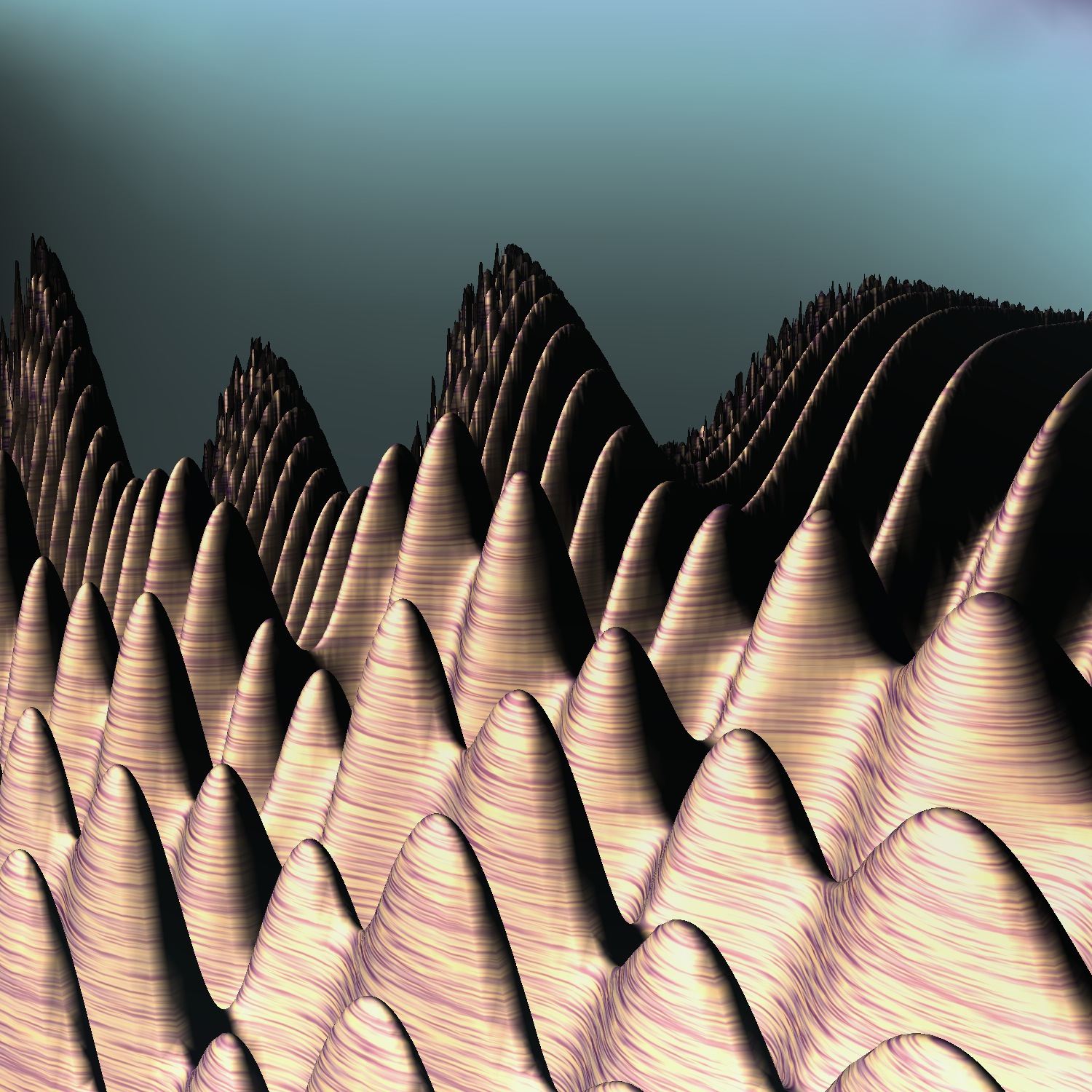 The library at Gottingen. Credit: Wikipedia

It was in 1905 that Albert Einstein unveiled his special theory of relativity, and in 1915, the general theory of relativity – both ingenious descriptions of gravity that superseded Isaac Newton’s 200-year-old ideas that had ruled the natural sciences roost until then. In the centenary year of that discovery, the world remembers the two men – Einstein and Newton – as giants, among the greatest scientists of all time. But in the intervening years between the publication of their most well-known accomplishments, one mathematician made a significant contribution that was an important ingredient of Einstein’s success. He was Georg Bernhard Riemann, a bashful and impoverished German known today for the Riemann hypothesis – one of the unsolved Millennium Prize Problems – and for the class of geometry that defied Euclidean ideas and dealt with curved surfaces and higher dimensions. It was Riemannian geometry that enabled Einstein to establish a physical bridge between light, matter and space-time, and translate his uncanny intuitions into the celebrated theories of relativity.

Riemann was born in 1826 in Hanover, Germany, the second of six children in a very poor family. He was brilliant at mathematics from a young age. Unfortunately, his parents struggled to feed him and his mother died before he was an adult. To make matters worse, he also suffered from tuberculosis. But despite the family’s abysmal financial situation,  his father put together some money and sent him to the University of Göttingen.

Riemann’s teacher at Göttingen was the great Carl Friedrich Gauss, often called the ‘Prince of Mathematics’ for his prolific contributions to a diverse array of topics from the 1790s to the 1820s.

A few decades before Riemann announced his new geometry to the world, Gauss had started to question the validity of Euclid’s Elements, the 2,300-year-old treatise that was the book on geometry. Gauss had been discomfited by Euclid’s refusal to accommodate anything that was beyond the three dimensions he held space to be confined to. Yet, the shapes Euclid had set forth resembled nothing seen in reality – where do we find perfect two-dimensional squares and three-dimensional cuboids? However, Gauss – whose personal philosophy was ‘pauca sed matura’  (it is better to have fewer fruit so long as they are ripe) – didn’t want to put his raw musings down in a paper.

To sate his curiosity, he tasked Riemann with exploring the mathematics of a geometry that existed in more than three dimensions and across curved surfaces. It was a difficult situation: what Riemann was confronted with was a tradition of scholars denying that the fourth dimension could exist. The most famous example is of John Wallis, often considered to be second in British mathematical prowess only to Newton, when he described the fourth dimension as a “Monster in Nature, and less possible than a Chimera, or Centaure” in his Treatise of Algebra in 1685. At the same time, Riemann also had inspirations in János Bolyai and Nikolai Lobachevsky, who had conceived of hyperbolic geometry in the early 19th century.

Riemann would eventually succeed on June 10, 1854, delivering a lecture at the university that was so outlandish that it took almost a decade for his ideas to be fully accepted. Nevertheless, the effect was stunning. As the American physicist Michio Kaku wrote in his book Hyperspace,

… when he delivered his oral presentation in 1854, the reception was enthusiastic. In retrospect, this was, without question, one of the most important public lectures in the history of mathematics. Word spread quickly throughout Europe that Riemann had decisively broken out of the confines of Euclidean geometry that had ruled mathematics for 2 millennia. News of the lecture soon spread throughout all the centres of learning in Europe, and his contributions to mathematics were being hailed throughout the academic world. His talk was translated into several languages and created quite a sensation in mathematics. There was no turning back to the work of Euclid.

To understand the depth and import of his contribution, let’s skip forward to July 1912, when Einstein had just returned from Prague to Zurich. The first thing he did was to speak to his friend Marcel Grossmann, who was also the head of the maths department at the Zurich Polytechnic: “Grossmann, you’ve got to help me or I will go crazy” (Einstein: His Life and Universe, Walter Isaacson, p. 193). Soon after, he wrote to the British physicist Arnold Sommerfeld: “I am now working exclusively on the gravitation problem and I believe that, with the help of a mathematician friend here, I will overcome all difficulties.” The problem was that Einstein didn’t know the mathematical laws that described the properties of the gravitational field he was trying to uncover. When working on his special theory of relativity, he hadn’t bothered with the mathematical rules of the system – only their physical properties and behaviour. It was after he’d published his results that his former teacher, Hermann Minkowski, described the geometry of special relativity’s space-time, since called Minkowski space-time. But with general relativity, Einstein felt he needed to explore the maths himself as he was starting to realise it would help him make discoveries that lay beyond the reach of his famed intuition.

From this hour on, space by itself, and time by itself, shall be doomed to fade away in the shadows, and only a kind of union of the two shall preserve an independent reality.

Grossmann referred Einstein to the work of Riemann, apart from two Italians, Tullio Levi-Civita and Gregorio Ricci-Curbastro, both renowned for their work in tensor calculus that built upon Riemann’s work.

In their formulation, Einstein found a geometry that showed how to calculate the distance between two points not just on flat surfaces – the way Euclid had – but on any surface, no matter which way and how much it twisted. In order to achieve this, he had extended the concept of a vector. For example, a vector colloquially describes a quantity acting along one dimension with two components: a magnitude and a direction. For a quantity acting in three dimensions, the vector would have six independent components. For a quantity acting in four dimensions, Riemann had realised a vector possessing 16 components, called a metric tensor. As Walter Isaacson put it, a tensor is a vector on steroids.

Of the 16, 10 were independent of each other, and their values could be used to calculate the distance between two points of a curve in four dimensions. Einstein was looking for just such a geometry – which, as Ghanashyam Date described, can be thought of as a dictionary to translate between two observers’ account of things in the space-time continuum, howsoever their relative motion was.

In the general theory of relativity, Riemannian geometry helped Einstein blend two components – (1) how gravitational forces cause matter to move, and (2) how the presence of matter changes gravitational forces – into one, leading to his most brilliant insight: that gravity in the cosmos is not a force as much as it is the extent to which the space-time continuum is curved. The more the curvature at a point, the greater the gravitational force experienced at that point. But as a matter of fact, Einstein had only popularised what Riemann had found in 1854.

Riemann’s work also inspired numerous other derivatives that became important contributions to the development of the field of geometry. Einstein’s theories were contested by various mathematicians who saw in his conception of relativity the imprint of their discoveries in geometry – in turn drawn from the findings of Riemann and his teacher, Gauss. But to his ultimate credit, Einstein conferred upon those theories the potential to make sense of the world around us.

For example, Minkowski is often credited with unifying space and time into a single continuum in 1907, while Henri Poincare (of the famous Poincare Conjecture, another Millennium Prize Problem) had suggested two years earlier that gravity wasn’t really a force as much as a geometric anomaly, building on the work of Hendrik Lorentz. In fact, much before either of them, the noted English mathematician William Kingdon Clifford had speculated about a curvature in the universe because of the gravitational pull of the bodies inside it in 1870. And on the question of Grossman’s assistance, Einstein mentioned in a letter to Sommerfeld in July 1915 that “… Grossmann will never lay claim to being co-discoverer. He only helped in guiding me through the mathematical literature but contributed nothing of substance to the results.” David Hilbert, commemorated by the Democratic Republic of Congo in this postage stamp issued in 2001

Gauss’s pauca sed matura dictum didn’t bother Einstein, either: though it would be two months before the Holy Grail of the field equations were settled, he announced at the University of Göttingen – as Riemann had 61 years earlier – that he was on the cusp of an important discovery. One of those who listened to Einstein was Oskar Klein, who would later come up with a provocative theory alongside Theodor Kaluza that electromagnetic waves were actually the vibrations of a fifth dimension, again drawing on Riemann’s ideas.

Another person in the audience that day was the German mathematician David Hilbert, who was Einstein’s peer and correspondent. On November 20, 1915, he submitted a paper to the Gesellschaft der Wissenschaften with derivations of the field equations; Einstein did the same on November 25 to the Prussian Academy. However, Einstein’s paper was published a week later in the Sitzungsberichte while Hilbert’s work was published in March 1916. Although Einstein would continue to make minor revisions to his theory into 1916, the fact that Hilbert had deduced the field equations five days before Einstein has spurred questions of primacy.

Thankfully – though not for Hilbert – these questions were resolved pretty quickly when Einstein implicitly resorted to the principle of correspondence and was able to show, while Hilbert couldn’t, how his theory was able to accommodate Newton’s law of gravitation. Such an elucidation was important because Newton’s ideas were valid and applicable in certain cases, and for a new theory to say they were completely invalid would have been disingenuous. Another factor that  later went in Einstein’s favour was a proclamation by Wolfgang Pauli, who in 1921 noted that Hilbert’s equations were based on a specific theory of matter (that aspired to unify gravitation and electromagnetism) while Einstein’s equations could be applied to all kinds of matter.

However, by December 1915, Einstein and Hilbert had resolved their differences and Hilbert stopped claiming any part in the field equations, at least publicly anyway. Before this episode, the two men had been quite fond of each other. The conciliatory letter Einstein wrote him concluded, “It is a shame when two real fellows who have extricated themselves somewhat from this shabby world do not afford each other mutual pleasure.” In February 1916, Einstein even stayed at Hilbert’s home while visiting the University of Göttingen. (Einstein, p. 222)

Like them, Riemann had also sought to extricate himself from a shabby world but never quite managed to do so. Just before his famous 1854 lecture and again in 1857, he suffered a nervous breakdown. And his family’s finances were in a parlous state. In 1858, he would announce a theory that unified the behaviour of light and electricity but it would remain incomplete. He could rationalise effects but not their causes and it was while he was in search of those causes that he succumbed to TB in 1866. He was just 39. The ripeness of the few years he lived would have made Gauss proud.

Note: This article was updated at 15.55 IST on September 11, 2015, to say a quantity acting in three dimensions would have six independent components. The word ‘independent’ was missing earlier.