Archaeopteryx May Have Flown in Short Bursts, Like Modern Day Pheasants 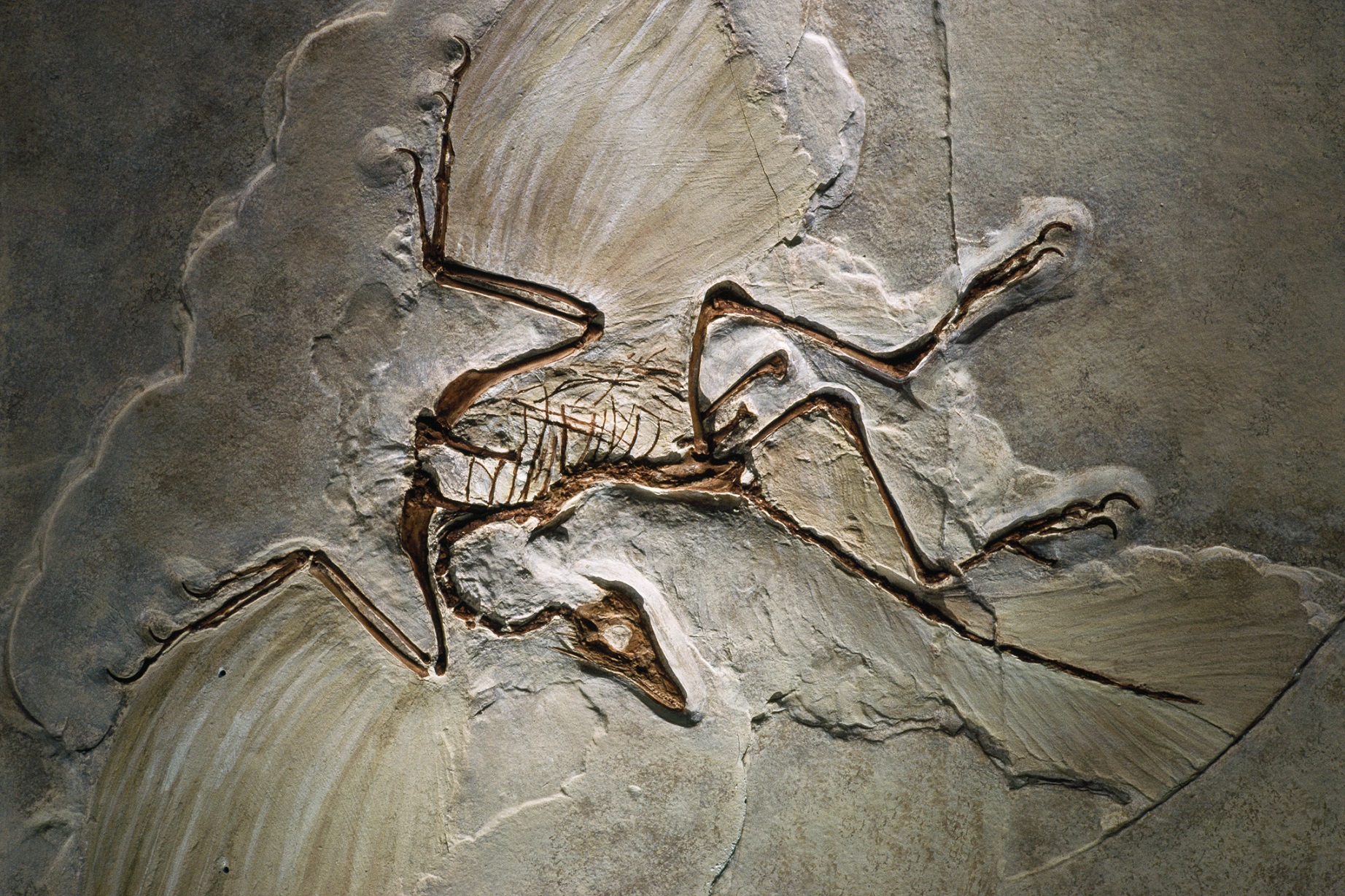 An Archaeopteryx fossil from the Jurassic period. Credit: Wikimedia Commons

The discovery of the first fossil of Archaeopteryx, in 1861, came at an opportune moment in time. Just two years ago, Darwin had published his monograph on the theory of natural selection. The fossil represented a ‘missing link’ between dinosaurs and birds – making it a revolutionary fossil find and a watershed moment for the theory of evolution. Its status as a translational fossil has waned a little since then, after discoveries of similar creatures around the same time period. But, without a question, the Archaeopteryx remains an important creature – an icon of evolution.

For a finding that was made more than 150 years ago, the Archaeopteryx is still fertile ground for new discoveries. Seeing an artist’s’ impression of an Archaeopteryx invokes a feeling of confusion more than anything else. It looks like a common bird, the size of a raven, covered by plumage. But then, it has sharp teeth, a longish tail and even an extensible claw – features associated with many dinosaurs. Often, the Archaeopteryx has been at the centre of many debates. One of the enduring ones over the years has been about the ancient dino-bird’s flying ability and method.

Last week, in a paper in Nature Communications, scientists from a consortium of European countries reported the results of an ingenious study. Their claim – the Archaeopteryx probably took flight, albeit in a manner different from how modern birds do.

The birds of today have adopted flight strategies that have been fine tuned after years of evolution. Unlike humans who use their shoulders to power their limbs, a specific ‘pulley’ like system near the chest powers avian flight. A collection of muscles located below the wing enable a bird’s downstroke. Intuition would dictate that a similar set of contracting muscles above the wing would be required to execute the upstroke motion of flight – but a special large muscle located below the wing passes through the shoulder bone and facilitates the upstroke. It’s a nifty mechanism, singularly found in modern birds and glaringly absent from Archaeopteryx fossils unearthed till date.

Most scientists aren’t positive about Archaeopteryx’s ability to fly. Richard Cowen, a geologist at UC Davis said, “Archaeopteryx could not fly well; I suspect that it hardly flew at all. In fact, Archaeopteryx evolved structures that were active deterrents to flight. Its tail was long and bony, with long feathers. Among living birds with display feathers, this sort of tail is aerodynamically the worst of all possible tail styles, adding a lot of drag and little lift.”

Dennis Voeton, the lead author of the Nature study admits,”We’re sure that it’s incapable of flying like a modern bird does.” He isn’t quite that quick to dismiss the possibility of flight entirely though.

To carefully study the bone structure of Archaeopteryx, the researchers resorted to a sophisticated technique called tomography which provides a 3D reconstruction of an object by shooting X Rays at it. In this case, they used a synchrotron – the source of a more powerful and sensitive energetic beam. The technique allowed them to distinguish between the age-old bones of the fossil and surrounding geology in a non invasive manner. They then exploited the lack of a pulley based flight system in Archaeopteryx to investigate alternative modes of flying. With its wing attachment mirroring human limbs more than modern bird wings, could the Archaeopteryx take flight at all?

Any repeated motion adds stress to the bone structure and over a long period of time, this stress leads to a distinctive departure from a normal arrangement in the body. Think, the strong arms of a tennis player, the legs of a sprinter or the limbs and shoulders of a competitive swimmer. By looking at these departure features in bones, scientists can infer the kind of motion that would have caused them.

When, some of these markers (wall thickness of a wing bone for instance) for the Archaeopteryx were plotted against those of a variety of flying/gliding creatures over the years, a few things became evident. For one, data suggested that Archaeopteryx had a propensity for flight. Second, based on a metric – how much a bone resists twisting motion – that differentiates birds that flap their wings occasionally from those that do so intermittently and finally those that glide and soar, Archaeopteryx belonged to the category of occasional flappers.

The researchers refer to this class as ‘burst’ fliers, that have the ability to be airborne with short bursts of wing flaps. Finally, since it’s well established that Archaeopteryx would be unable to execute the conventional flapping (upstroke-downstroke) of modern day birds, it may have adopted an unconventional style of wing flapping – probably mimicking the prey grabbing motion of its predator cousins or the butterfly swim stroke.

The controversy surrounding the flight (or lack of it) of the Archaeopteryx has anything but died down. The current study, however, does shed light on some new possibilities. And, while it tries to answer some long standing questions about this iconic creature, it creates many more in its wake. What was the precise flying stroke adopted by these birds? If they were able to sustain flight even for short periods, how did they launch themselves from the ground? Did the Archaeopteryx use other motions in conjunction with flapping?

Whether scientists can answer these questions using more ingenious combinations of technology and back-calculation remains to be seen. There is one thing we can be sure of – that Archaeopteryx will continue to play a crucial role in the context of evolution of birds and dinosaurs. In a wildly informative and oddly poetic piece on this much heralded creature, Brian Switek, a freelance journalist who specialises in natural history, wrote, “Archaeopteryx was a mosaic of the archaic and what we have thought of as modern—a 150-million-year-old portent of fantastic transformations that, through our understanding of them, have altered the way we see our place in this constantly evolving world.”