Why the Adivasis Must Seek to Redefine Themselves

When an Adivasi loses their culture and values, it doesn't matter if they still dress like an Adivasi or speak the same language. 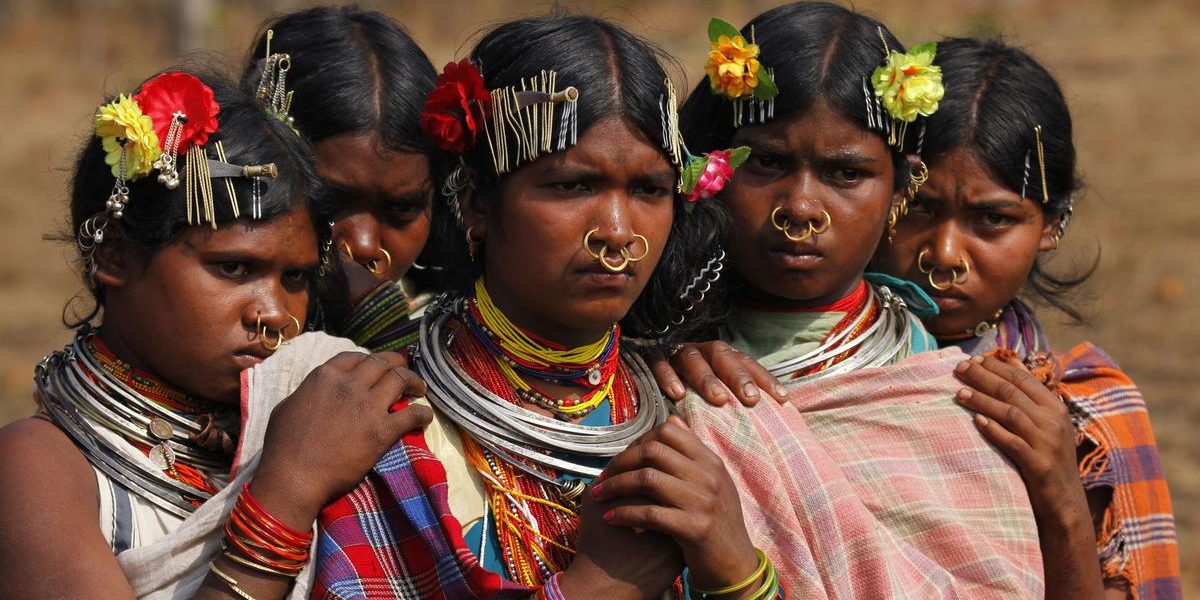 Adivasi women during a protest against the proposed mining of bauxite in Niyamgiri, Odisha. Photo: Reuters 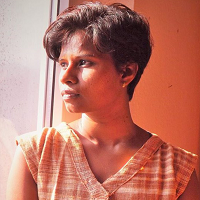 To celebrate World Tribal Day – August 9 – the Adivasi community organised song and dance programmes when in fact it was an occasion for them to ask crucial questions concerning their community. They need to introspect and ask what they need to do to preserve their community.

Adivasis have been under the illusion that they are connected to their indigenous identity. But do they ever realise how their attitude towards tribal culture, language, water bodies, forests and land has gradually blended with the so-called mainstream view? Do they realise how they have become the carriers of Brahmanism or Brahmin supremacy, and aspire to move forward in that direction?

How can a tribal person claim to be tribal if they uphold Brahmanical ideology, lifestyle or values? How can their values be more comprehensive and humane? When every tribal community is painted in the same colour, where is the individual tribal identity? What is its own perspective? Can that perspective lead them on the road to progress? If yes, then why can’t the tribal society unite as a whole and together call a spade a spade?

Tribal attire, language and lifestyle are vanishing with the changing times. Tribal people today are identified mostly by their philosophy of life, which connects them with nature. But if these values have been lost as well, simply affixing an Adivasi gotra, building a house near a tree or singing and dancing don’t preserve their indigenous identity.

Adivasis must understand their culture and life values, and fight the evils in society and surmount orthodox ideologies within and without their community. The tribal community as a whole needs to ask itself what its idea of progress is, and what threatens its culture the most, and address them.

Adivasis have coexisted with nature for thousands of years. Due to this connection, they have in place an arrangement — a system — that inculcates ideals of collectivity, participation and solidarity. This system in turn has birthed a culture of listening to each other, seeking consensus, understanding diversity and finding solutions together. The faith of the tribal people is rooted in this culture of being connected to each other through their hearts, and to natural rhythms. And to be able to do so in unison, one needs to attain a mental state where each one sheds their negativity, superiorities, hatred and frustration, and unite. Carrying the burden of negative emotions makes it difficult to follow the rhythm. And so, the Adivasis are able to dance together as a community.

Such values were instilled in the tribal community in the process of coexisting with nature. And the Adivasis began shedding these values when they made no attempts to redefine their selves from a new perspective, in keeping with the changing times. They failed to understand that when the connection with nature breaks and society adopts a capitalistic lifestyle, focused on profiteering, the chances of a tribal community thriving become nil. And whenever tribal society becomes part of organised religion and its culture, it becomes blindfolded, stripped of the right to raise questions.

Of course, no organised religion is bad in its own right. But when it is used to grab others’ share of resources, it becomes a weapon in the hands of political forces. Missionaries did bring revolutionary changes without a doubt. The sangh has also been trying to work like the missionaries in remote tribal areas, for a long time, especially in the fields of education and health. But the people associated with it openly admit that their aim is to uproot them as a tribal society and assimilate them so that natural resources can be appropriated for the country’s benefit.

Organised religion and the lifestyle associated with it promote a culture of profiteering. The system offers to provide services to people but it can do nothing to keep tribal people from being uprooted, from being displaced. It can’t stop tribals’ languages, culture and values from being hijacked.

A religious organisation, which is a supremacist system, is not very comprehensive or free. As a result, converted Adivasi communities support those political parties that don’t question their religious freedom but are equally responsible for destroying tribal communities in the name of development. And divided by religion, tribals are never able to stand against them.

The wider Hindu community of the country calls the tribals a part of the ‘sanatan dharma’ owing to the similarity of worshipping trees and women. But when an Adivasi fights to save a tree or a woman, why does the Hindu community not stand with them? Why do Hindus consider the tribals to be anti-development?

In fact, Hindus stand against their own members who dedicate themselves to tribal causes — quite simply because the former’s culture is founded upon a capitalistic system that privileges profits. In terms of religion, they become one with the tribals, but when it comes to saving their very existence, they fall silent.

The tribal community is the only hope for the world through which people fighting against the capitalistic lifestyle and system can find a way. The world can find a way through the basic human system of living that tribalism signifies. Time will prove it.

But the tribal community must ask itself: why does it not trust its own system, which connects them to nature? Whence the inferiority? Why do tribals consider themselves uncultured, ‘lesser’ human beings? Why are they afraid of being called tribals and become frustrated about when their appearances don’t match those of others? Is it because this is what they have been told for thousands of years? They don’t have a definition of their own, nor a meaning. They have come to relate themselves with the definition assigned by the others.

On the occasion of World Tribal Day, the Adivasis need to view themselves in new light. They need to change what defines them and give themselves a fresh meaning. They need to put faith in themselves and, with the confidence thus gained, they need to tell the world who they are and change how the world perceives them. This is how the community can explore itself. This is how a people connected with nature, with a comprehensive understanding of nature, can teach other communities to be human, and address the tribal world from a new perspective.

Jacinta Kerketta is a poet, writer and freelance journalist.