Who Will Return Our Precious Years, Ask the Wrongfully Incarcerated

Reports and anecdotal accounts show a pattern of wrongful imprisonment of hundreds of Muslim youths who are convicted on the basis of flimsy evidence. 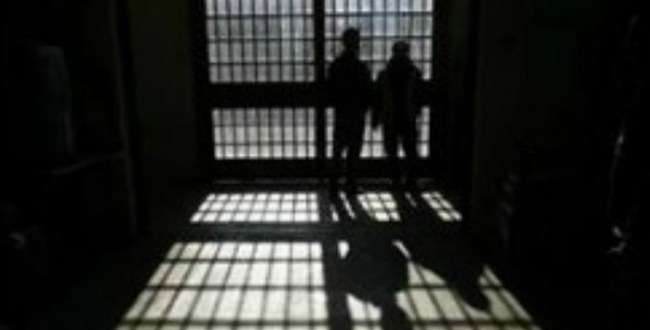 Nisaruddin Ahmed had been convicted for 23 years. Image for representation only. Credit: Reuters/Files

How do you feel when you have spent more years of your life in jail than outside? That too for a crime you never committed. “While I am happy that I am finally proved innocent and out of jail, life seemed empty. Where to go, what to do and what not,” says Nisaruddin Ahmed with a deep sense of loss. Nisaruddin stepped out of Jaipur jail in May, this year after being wrongfully convicted for 23 years. “To be honest, back then I didn’t know what to do with my life,” says he, adding, “had my brother not come to receive me, I might have turned back to jail – that was the only place familiar to me after all those years.”

Nisaruddin was picked up from his hometown Gulbarga (Karnataka) at the age of 19 on January 15, 1994, by Andhra Pradesh police while on his way to college. He was due to appear in his pharmacy diploma examination barely 15 days later. But for over a month his whereabouts were not known. He was kept in illegal custody and subjected to the worst forms of torture and custodial violence. Later, towards the end of February that year, the police produced him in court claiming he was responsible for the bomb blasts in Hyderabad in 1993. According to the police, the attacks were carried out on the instructions of Pakistan’s ISI to avenge the demolition of Babri Masjid. The only evidence against him was a confessional statement which he never made.

Nisaruddin, and eight of the ten accused were acquitted thirteen years after they were arrested. Among those acquitted by a local court in Hyderabad was Nisaruddin’s elder brother Zaheeruddin Ahmed. Zaheeruddin worked as a civil engineer in Bombay when he was also arraigned in train blasts.

But the judgment did not bring any relief for the brothers. They had been accused in train blast cases across the country. In fact, the TADA court in Rajasthan had already convicted and sentenced them to life imprisonment in 2004. Again the confessional statement was the principal, or rather the only piece of evidence against them. More than 12 years after the TADA court judgment, in May 2016, the Supreme Court turned down the verdict and acquitted the brothers along with two others. The apex court in its judgement noted, “the confessions of accused are without any legal sanction and cannot be relied upon.”

On being asked how they view their acquittal by the apex court, Nisaruddin says, “The judgment has restored my faith in the judiciary. It vindicated my conviction and restored my innocence. But my years of wrongful imprisonment are clear signs of systemic failure.”

“In some cases, convictions were upheld by high courts and were only overturned by the apex court (eg. Nisaruddin, Akshardham case). This reveals the troubling fact that even courts accept low-grade evidence in terror cases,”

However, Zaheeruddin, who had to spend 14 years in Jail has a very simple yet pertinent question, “Who will return our precious years?”

Ahmed’s’ father, Nooruddin Ahmed abandoned everything to fight a lonely battle to prove his sons’ innocence but did not live to see his sons being acquitted honourably as he passed away in 2006. Though Zaheeruddin was granted bail on medical grounds after he was diagnosed with cancer and was apparently ‘free’ for the past nine years, his life revolved solely around fighting cases. To earn his livelihood, he worked as a salesman in a cloth shop run by a relative. Today, the Ahmed brothers are trying hard to rebuild their lives. They have just started a small business with the help of their relatives, but lack capital. Meanwhile, Ahmed’s family is finding it hard to find a bride for Nisaruddin, who looks much older than his 43 years. Fear of re-arrest and the tag of an ex-terror accused have further complicated the matter. “Earlier the struggle was to prove ourselves innocent, now we are fighting to live a life with dignity”, says Zaheeruddin.

The unfortunate Ahmed brothers are not alone – reports and anecdotal accounts show a pattern of hundreds of wrongfully imprisoned Muslim youth across India. One such report is Framed, Damned, Acquitted (2015) published by Delhi based human rights group Jamia Teachers Solidarity Association.

The costs of such wrongful incarceration are sometimes even harder to see. Here are broken families and destroyed businesses. Torture and confinement has led many of them to the brink of mental derailment. Take the case of Amanullah and Munawwar, who were incarcerated for three and a half years in the 2008 Jaipur blast case. They suffer from severe depression and insomnia. Muhammad Aamir Khan from Delhi who has spent 14 years in jail for multiple cases also battles depression and insomnia. He is still under treatment and going through regular counseling. Moreover, many suffer guilt for the trauma their families have gone through and often hold themselves responsible.

Apart from these psychological, emotional and financial consequences, most of the people acquitted after years of imprisonment live in constant fear of their imminent re-arrest. And they have reason to be afraid. After all, only this June, Shan Chand Khan has been arrested in Pilibhit district of UP after a case under the Cow Slaughter Act was filed against him at Beesalpur police station of the district. Khan was sentenced to death in the Akshardham attack (2002) case in July 2006 by a trial court in Gujarat and later, the Gujarat high court upheld the sentence. However, in May 2014, the Supreme Court acquitted Khan and the others and he walked out of Sabarmati jail and came back to Bareilly to live with his family.

Despite all this, the world is not totally devoid of hope, says Nisaruddin, who was in Delhi two months ago along with his brother to attend the Peoples’ Tribunal. The report mentioned above was released on the occasion of International Human Rights Day (December 10) and demanded compensation for the victims in addition to the prosecution of all officials responsible for falsely framing innocents in terror.

“We would also like to reiterate that alongside compensation that the state must offer in recognition of its liability and victim’s rights, those guilty of falsely framing innocents in terror cases must suffer penal consequences,” said Justice Shah concluding the report. He also hoped that the communities will respond earnestly to the programmes of rehabilitation and support.

It is not that such a tribunal has not happened before, but what differentiates this one from others is that it is led by those who have been often at the receiving end. One such person is Wahid Shaikh, the only man acquitted in the 2006 Mumbai serial train blasts, better known as 7/11 case. Shaikh is overwhelmed by the support they have received so far, and very hopeful about the success of the initiative.

According to Shaikh, in coming months the network is going to organise such tribunals and other campaign activities in cities like Hyderabad, Lucknow and Bangalore. It would be interesting to see how it unfolds, and most importantly what changes it brings about in people’s lives.

Mahtab Alam is an activist and writer. He tweets @MahtabNama