Why Sabeen Mahmud Will Always Matter

Today, on her death anniversary, Sabeen cannot be mourned, for she was all about strength and celebration. All that she stood for – excellence, passion, courage and inclusion – must be remembered and continued. 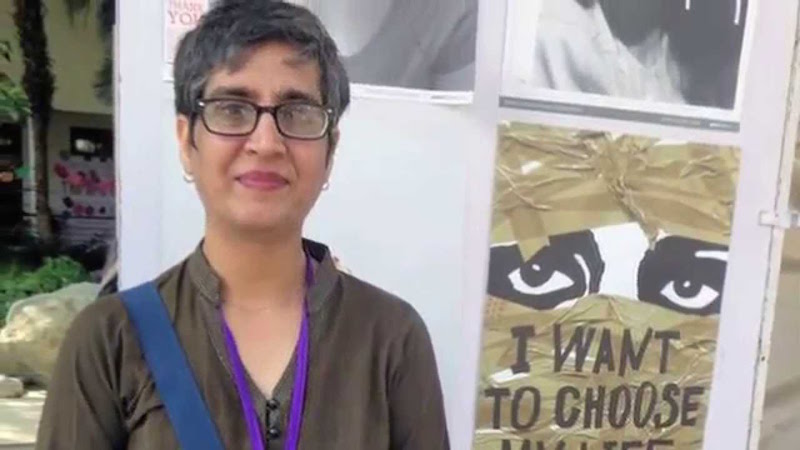 This article has been republished to commemorate Sabeen Mahmud’s fourth death anniversary on April 24, 2019.

Karachi: How does one encapsulate and contexualise Sabeen Mahmud – who she was, what she did, what she stood for and what she meant to different people whose lives she touched? One has to deliberately shun clichés like “multi-talented” and “multi-faceted” – because that would box her in. Sabeen was beyond that. She was all that and more.

She broke away from norms in the way that she lived her life. She didn’t bow to conventions, or do what was expected of her. She lived according to her own expectations and set her own boundaries. She lived a life that many admired and to which many aspired, some envied and that many felt threatened by.

Unfortunately for all of us left behind – her family and a legion of friends and admirers – it was that envy felt by some that snatched her away so brutally exactly one year ago. Five bullets were pumped into her as she was returning home after closing T2F, the coffee shop and events space she had established for “intellectual poverty alleviation” – extinguishing the bright flame that she was instantaneously. File photo of Sabeen with her mother. Credit: Facebook

Brutal and shocking as it was, the only consolation we could find was in her mother’s words that “she didn’t suffer.” Her mother Mahenaz was with her in the car. Two of the bullets ricocheted and lodged inside her. One of them is still embedded in her body, like a physical reminder of her daughter.

What was Sabeen’s legacy? How was she different and why did she matter so much to so many people?

She was different because she didn’t let the pressure of “log kya kahenge” (“what will people/ society say”) stop her.

She mattered because she championed causes and people to which and whom others didn’t pay attention. This is not an easy thing to do. It takes a lot of courage and conviction to stand up for the underdog, to give space to those who struggle to be seen and heard, and to step across the line to sit beside the detractors and round them up as allies.

The country in general, and the city of Karachi, is dotted with many a struggling artist who gained recognition because Sabeen gave them space at T2F, “The Second Floor.” Many of those “open mic” nights resulted in hitherto unknown talents being added to the ranks of Karachi’s rising performers. Those who yearned to play an instrument or to dance strummed their first chord and choreographed their first step in the safe and welcoming world of T2F.

The intellectual and creative sanctuary that was T2F was a physical manifestation of Sabeen’s personality. Dancers pirouetted to melodies without fear in this world that she had created, and artists and artisans alike experimented with their skills and showcased their talents before moving on to bigger platforms.

From activists-turned-politicians, from development professionals-turned-activists, from social scientists searching for alternatives to oppressive narratives, to high achievers craving a physical connection with a curious, intelligent audience – all found a willing ally in Sabeen.

Sabeen also spread, among all these people who came to T2F, her carefully nurtured passion for her own cultural roots, and rekindled an interest in local forms of art, literature and music from which the younger generation were, and are, becoming disconnected. She made the traditional and local hip.

She reintroduced science in a way that sparked a spirit of inquiry in us, through inviting speakers who welcomed questions – another radical break from the norm.

But all of this is about what she did.

Who was she really, Sabeen, this girl extraordinaire, whose death anniversary is also being observed as a break from the norm? A May 2015 protest in Karachi demanding justice for Sabeen. Credit: Facebook

While she is deeply missed by those who loved her, there can be no mourning for her in the traditional sense. Sabeen was all about celebrating life, about living it to the fullest through sound and colour, excitement, interaction and laughter. That is how people are remembering her, through the Creative Karachi Festival, which was her brainchild.

Sabeen was about passion, and commitment, and courage. She set the bar really high – for herself. In her early days, she immersed herself in learning everything she could about excellence in design and presentation, so that anything that had her stamp on it had to be head and shoulders above other productions.

Her passion shone through in the way she spoke about her favourite music, her beloved cat, her preference for certain fonts, particular personalities, and different causes. Nothing was half-baked and there were no half measures where she was concerned.

She was a perfectionist, and drove others working with her to excellence, always setting the example herself. Those who are familiar with the story of how she established T2F may have had a hearty laugh at the way she narrated it, but her inner circle was witness to the stress it exacted on her to sustain its running.

She was courageous. She did things others would only dream of. She broached subjects that made people uncomfortable. She swam upstream. She played by her own rules. If she wanted to play street cricket, there was nothing, not even damaged knees (which she had), that could stop her. Not a single surprised or disapproving glance could dissuade her from riding a scooter on the road.

She was a strong person with strong opinions, boldly expressed. While she would accept opposition, she didn’t suffer fools. Numbers didn’t matter to her, the principle of a cause did. She was one in a small band of activists who would make themselves be seen and heard.

Her spirit of inclusion was her life, and her death

More than anything else, she was inclusive. She transcended social classes and age barriers. She was equally at ease in conferences at embassies or 5-star hotels, while squatting at street performances, at policy dialogues or roadside demonstrations.

She was inclusive enough to give space to ideas and voices that did not resonate with many and that made some outright uncomfortable.

For example, the last event of her life at T2F, which was about missing persons in Balochistan.

This was not “her” event or some kind of “official” T2F event. T2F was just a space provided to the organisers of the event because they were not being allowed to have these conversations.

She was killed minutes after the event ended.

Was this event, which epitomised her spirit of inclusion, why she was killed?

That is a question we will have to live with for the rest of our lives.

The killers who have been apprehended give as their reason for killing her, her unconventional personality. They killed her because she supported causes and had a lifestyle they abhorred.

Was that the real reason?

That is a question that will have to remain unanswered.

Of course she had human frailties. Who doesn’t?

But today is about remembering all that needs to be celebrated about her, all those sides of her that need to be emulated. For she made a difference. All that she did mattered. Sabeen mattered. And what she did must continue. For Sabeen. For us. For all that matters – for excellence, passion, courage, compassion and inclusion.