Why Modi Government's Persecution of Intellectuals Should Worry Us All

Intellectuals are imperative to a democracy and are connected closely with our right to think freely – which is why they figure high on an authoritarian regime’s list of targets. 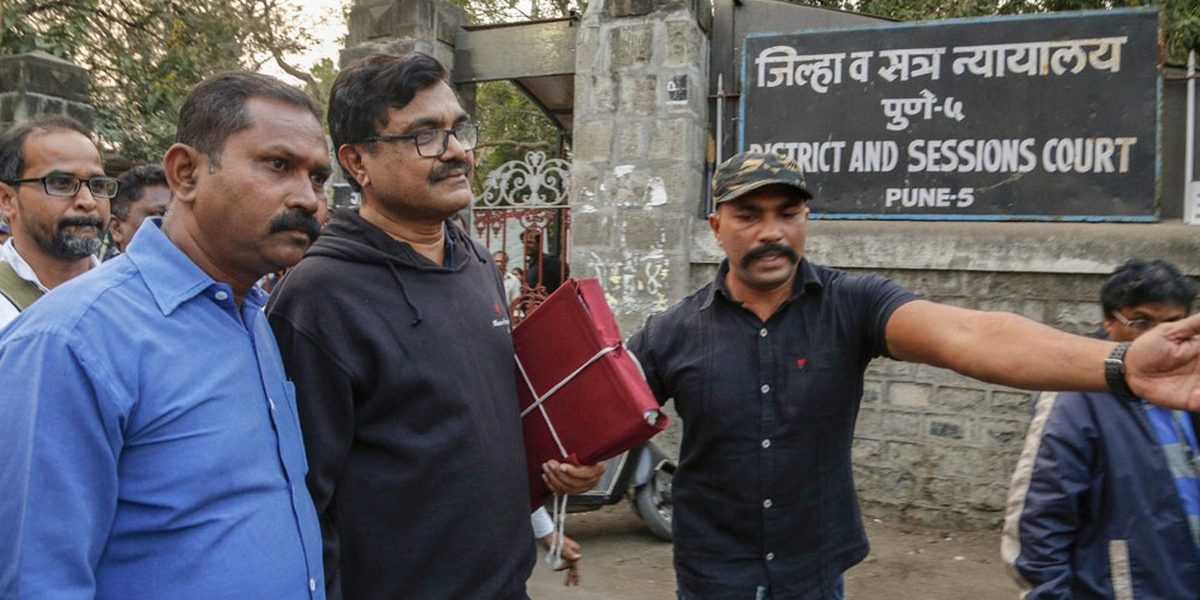 The Assamese Sahitya Akademi awardee, Hiren Gohain has been charged with sedition, and Dalit scholar Anil Teltumbde is facing a prison sentence on charges of being part of an ‘urban Maoist’ plot to incite violence at Bhima Koregaon. Arun Ferreira, Sudha Bharadwaj, Varavara Rao, Gautam Navlakha and Vernon Gonsalves – some of the most respected voices in the field of tribal rights activism – were arrested last year on similar charges.

Incidentally, Ferreira and Gonsalves were arrested by previous governments as well, and subsequently released.

Many others who, though not in prison, are nonetheless being systematically harassed on various pretexts and, of course, being trolled viciously on social media. In fact, in August 2018, Basanagouda Patil Yatnal, a senior BJP MLA from Karnataka’s Vijayapura, went so far as to declare that he would have ordered the police to shoot intellectuals had he been the Union home minister.

Not just individuals, but entire universities with a strong liberal, academic ethos like Jawaharlal Nehru University are finding themselves attacked, maligned and facing huge budget cuts.

Why are intellectuals and institutes of higher learning posing such a grave threat to the powers that be? And more specifically, why should it matter to the rest of us?

Also read: In JNU, the Slow Destruction of a Public Institution

The more commonly accepted definition of an intellectual is something along the lines of “a person who places a high value on or pursues things of interest to the intellect or the more complex forms and fields of knowledge, as aesthetic or philosophical matters, especially on an abstract and general level.”

This definition, however, tends to create a gulf of sorts between those who are considered intellectuals and everyone else. It puts them in a rarefied stratum far above the level of our everyday concerns. It also tends to lessen our levels of empathy for them. But here’s where it helps to have a broader definition of the word.

In an episode of ‘Apoorvanand Ki Masterclass’ titled ‘Why Anand Teltumbde’s Freedom Matters,’ the Delhi University professor has referred to Terry Eagleton’s expanded definition of an intellectual as someone who is not just academically inclined but “also someone who feels anger when he or she sees injustice or inequality”.

“This person feels anger because he or she wants to bring an end to injustice or inequality. Because of this, the intellectual takes positive action, not for himself or herself, but for those suffering from injustice and inequality.

It is thus imperative for an intellectual to remain a free and independent citizen. This is not just for his or her benefit, but also for society at large. Why? Because a democracy is based on the premise that a normal person will make rational and well-thought-through decisions about who to vote for and support.

But is each of us capable of thinking deeply and thoroughly about each and every topic, or do we need help in the form of a well-formed opinion from others? In a democracy based on the rule of law, it is not always easy to find answers to difficult questions. For example, should a rapist be hung, or should a thief’s hand be cut off, or should a murderer be lynched on the spot? (Or should a murder be given the death penalty at all?) These are tough topics with no easy answers.”

Apoorvanand goes on to say, “Those who have studied these complex matters help us to understand them more easily. That’s why it is important for such people to stay out of jail and to be able to express their thoughts freely and publicly. And that is why a repressive state wants such people who take an active interest in public discourse, who do not remain restricted to only their own field of specialisation and who perform the role of public intellectuals to disappear from the public eye. This is accomplished by either incarcerating them or eliminating them. This is why the term ‘urban Naxals’ has been coined in recent times.”

Senator Joseph McCarthy and others of similar political persuasion did exactly this in the US by creating “the second red scare” and terrorising citizens with the spectre of a communist takeover and takedown of their government. The decade of the 50’s, now known as ‘the McCarthy era’, saw teachers, filmmakers, scientists and intellectuals from all backgrounds and disciplines targeted, branded “communists”, interrogated and imprisoned.

Educators, in particular, were separated from universities where they were perceived as having a great influence on young minds. A more recent example is Erdogan’s Turkey where countless intellectuals have been incarcerated for questioning the government.

Something similar is happening in India. Those who criticise the destruction of the environment by multinational corporations or who question land grabs from the Dalits or who want to keep the concept of human rights alive, are being branded ‘urban Naxals’ and defamed and demeaned daily, so that by the time they are arrested – or worse – there is no sympathy or empathy left in the hearts of the public towards them.

Also read: Why Are So Many ‘Urban Maoists’ Surfacing All of a Sudden?

Intellectuals are imperative to a democracy and are connected very closely with our right to think freely. They help us understand and make sense of what is going on – which is why they figure high on an authoritarian regime’s list of targets.

The great American public intellectual Noam Chomsky disagreed with the notion that it is an intellectual’s responsibility to “speak truth to power”, because power already knows the truth. It knows exactly what it is doing. According to Chomsky, it is the public who needs to know what power is up to and that is why the real role of the intellectual is to tell the public the truth about power.

This is also why those of us who do not consider ourselves intellectuals have a massive, democratic and constitutionally-mandated responsibility to speak out in support of those who are considered intellectuals. For if we do not, then, in the eternal words of Martin Niemoller, “in the end there will be no one left to speak up for anyone.”