Why Do Secularists See Hinduism as ‘Cultural’ and Islam as ‘Religious’?

While hijabi Muslim women are asked to be secular, practices of Hinduism have been secularised in the name of ‘Indian culture’. 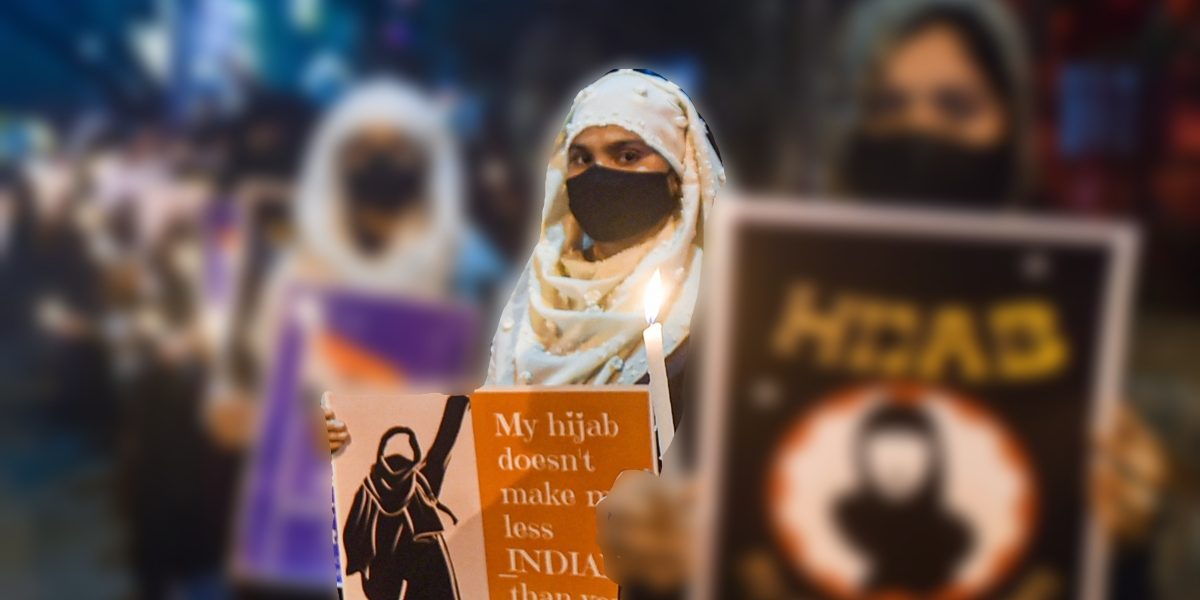 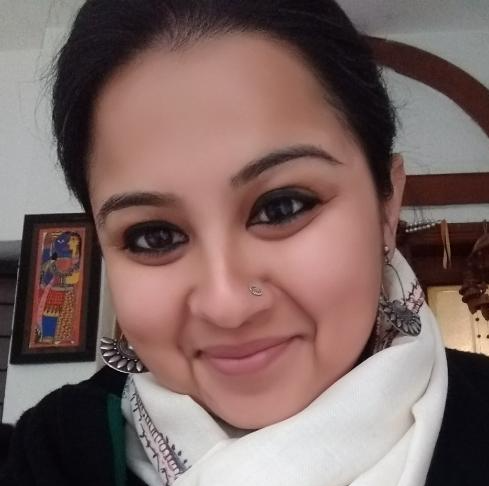 The discussion and debate around the banning of hijab in schools for being “religious garments” that cannot be allowed in secular educational institutions place the onus on hijab-wearing Muslim women to explain their piety to an audience that is fundamentally suspicious of ‘religiosity,’ and identifies unanimously as ‘secular.’

Of this secular audience, most are wondrous about Muslim women choosing to participate in their subjection by wearing the hijab (the ultimate symbol of oppression) and as vanguards of liberalism, they “support their choice” of wearing it in the name of ‘agency and free will.’

The implicit ask is for hijabi women to explain themselves as religious subjects in ‘secular’ India. But has India really been ‘secular’? Or have practices of Hinduism been secularised in the name of ‘Indian’ under the category of ‘culture’?

Religion is culture is nation

Almost all “cultural events” at schools start with the ‘auspicious’ diya lighting ceremony to ward off the darkness of ignorance and to welcome wisdom through Goddess Rajeshwari (who stands for Gyana, wisdom), accompanied by “Gayatri Mantra” (a famous Rig Veda mantra dedicated to the Vedic deity Savitri) sung for peace and harmony.

Bankimchandra’s “Vande Matram” (salutations to the mother), which celebrates India as a Motherland radiating the power of Goddesses Durga, Laxmi and Saraswati, is the ‘national song,’ popular at school ceremonies.

In the same school system, Muslim women cannot wear the hijab because school is no place for ‘religion.’

The point is not to highlight the hypocrisy of educational institutions that privilege one religion over the other. It is to rather pause and question what is called religion or who is seen as religious in the discourse of Indian secularism, which disavows upper-caste Hinduism and reclaims it as ‘Indian culture’ that is ‘national’ (Indian) in its moorings, such that there are no ‘Hindu Indians’ but only ‘Indians,’ who are upper caste. In the secular assertions of India as a nation, there is no ‘religion’ only the ‘culture of India.’

When Karnataka’s education minister warns educational institutions that stopped Hindu students who wore tilak, kumkum, bindi, sindoor and explains how these constitute the “cultural identity” of Hindus, he is to be taken seriously. He is not echoing the right-wing argument of the supremacy of Hindu religion, he isn’t saying these are ‘religious symbols’ but calls upon the secular argument of ‘it’s not religion, but culture.’

He is speaking that language of a large section of intellectuals who identify themselves as secular-liberal, who celebrate ‘Durga puja’ as a ‘cultural festival’; persistently narrate Hindu customs and rituals as ‘Indian’; relentlessly critique the ‘cultural deprivation’ of India levied by Hindutva, and bemoan the loss of ‘the syncretic culture’ of Ganga-Jamuni Tehzeeb, practised by upper class, often upper caste, Hindus and Muslims in North India.

It is only the religious minorities who are identified as “religious”, as the religion of the majority was construed as “national”.

Not to undermine or minimise the exceptional violence of the present political regime, it is however crucial to understand what predicates this rampant, often absurd, but feverishly blatant project of dehumanisation of Muslims in the contestations of nation and religion. While the exemplary violence that pervades Muslim lives – lynching, pogroms, incarceration, police brutality, hate speech, online auctions – is rendered banal under the current regime, its symbolic origins, however, lie in the making of secularism where Hinduism not only ceased to remain a religion but emerged as a cultural identity which came to stand in for a ‘national identity’; Muslims, as a ‘religious’ community, failed to be a part of the national imaginary (like Dalits, Adivasis, women).

The favourite liberal secular expression around contestations of nation and religion has been to say how they see “everyone as Indian” or how “they are Indian, first!” It is, therefore, no surprise that when hijab-wearing women were holding the national flag, singing the national anthem, and swearing by the constitution during the anti-Citizenship Amendment Act (CAA) protests, they were hailed as the ones ‘saving the dying spirit of Indian secularism.’ The same hijab-wearing women in the absence of national proclamations are portrayed as the ones jeopardising Indian secularism. Outside the imaginary of the secular, hijabi women ‘appear’ as religious subjects, which cannot be incorporated in the discourse of secularism, which has nationalised Hinduism as culture, but is absentmindedly anxious, almost phobic, of Islam. 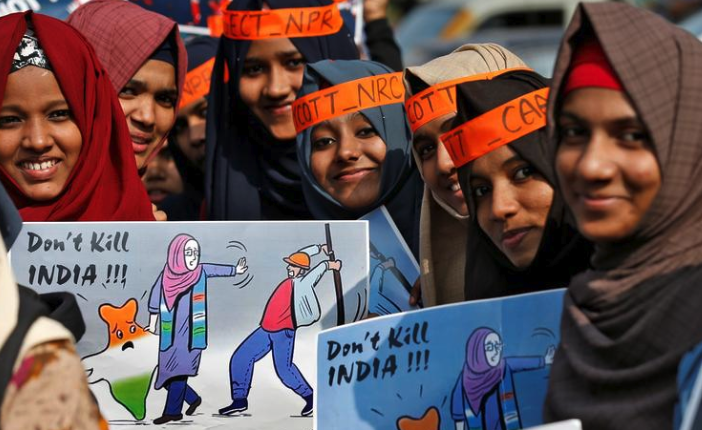 Demonstrators at a protest rally against the CAA, in Kochi on January 14, 2020. Photo: Reuters

Because how can the subaltern speak?

In the absence of the shadows of the ‘nation’, hijabi Muslim women remain truly subaltern. Their subalternity has nothing to do with their ability to express themselves, which they have repeatedly and unflinchingly, often amidst dire circumstances, demonstrated – across anti-CAA protests, at police brutality at Jamia, and in the ongoing debates on hijab as well.

It is the secular discourse that identifies hijabi Muslim women as subaltern because it cannot imagine them as “agentive” or “willful subjects” of Islam, who can navigate and negotiate practices of piety, and forge themselves as ethical subjects. It invariably keeps falling back on jaded liberal conceptions of choice and free will – as if ‘secular’ women are really able to ‘choose’ marriage, life partners, sexuality, motherhood and careers.

Indian feminist discourse has remained equally committed to secularist ideals and by conflating religion with patriarchy, has time and again returned to “save Muslim women” by shifting the debate from religion to education. There is a real struggle within the secular feminist discourse to comprehend why young hijabi Muslim women would refuse to give up their hijab or their right to education. This refusal – to choose – doesn’t make sense in the framework where hijab is perceived as an oppressive choice.

Instead of asking what it means for Muslim women to wear the hijab and making it their responsibility to explain their faith to a secular audience skeptical of religion, perhaps secularism needs to reflect upon its own making and be somewhat prepared to find its own disavowed religious self. Or be committed to denying it.

What is deeply ironic in the discourse of secularism is that it finds its ideal in Gandhi, someone who always recognised himself as a religious subject. Confronted with his death, Gandhi’s “Hey Ram” is immortalised, but a hijabi student, when chased by a mob chanting ‘Jai Shree Ram!’ cannot respond with “Allahu Akbar!” She is advised to have said, “Jai Hind!” since it would be more appropriate for Muslims to be less religious and more secular (national). But wasn’t ‘Hind’ a living pulsating entity when Gandhi was shot? Yet no one objects to Gandhi’s ‘Hey Ram!’

Zehra Mehdi is a psychoanalytic therapist and a doctoral candidate at Columbia University at the Department of Religion. She thanks Safwan Amir, Adil Hossain, Shweta Radhakrishnan and Aparna Vaidik for their valuable feedback.