Why and How India Needs to Develop Post-Pandemic Settlements

Both in urban and rural areas, there are many issues that will need to be addressed. 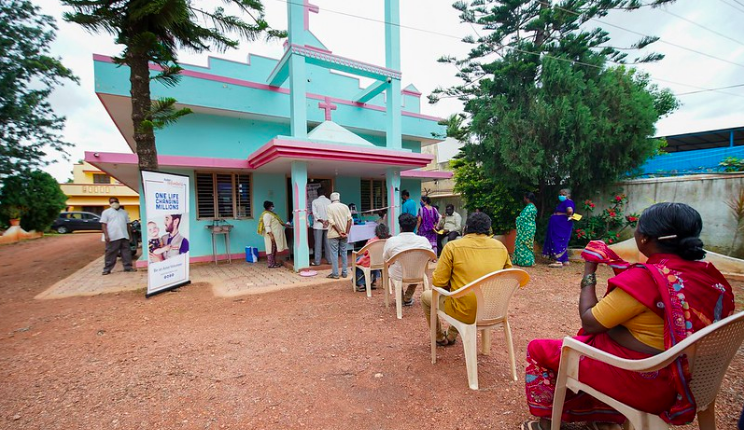 This is the first in a three-part series on policy and development decisions that rural India needs in order to recover from the pandemic and its after-effects.

The second wave of the COVID-19 pandemic that we are currently passing through will have a disastrous effect on the life of large numbers of people across the country.

The situation is far more serious than what the government recognises or acknowledges. The major impact is going to be on the poorer sections of society that constitute more than half the population, particularly the daily wage earners who were suddenly rendered helpless with the onset of the pandemic and the arbitrary announcement of total lockdown in March 2020.

These were people who lived in the slums and highly congested areas in cities who could not pay the rent for their homes, and did not know how to feed their families. They headed for their homes in rural areas, and it is estimated that between 25 to 30 million migrants left the cities.

Many of them found no work after returning home, and their household income fell drastically. With the partial revival of economic activities after the first lockdown a number of them returned to the cities by February 2021, finding employment at salaries that were 8% to 10% less than what they had previously earned. 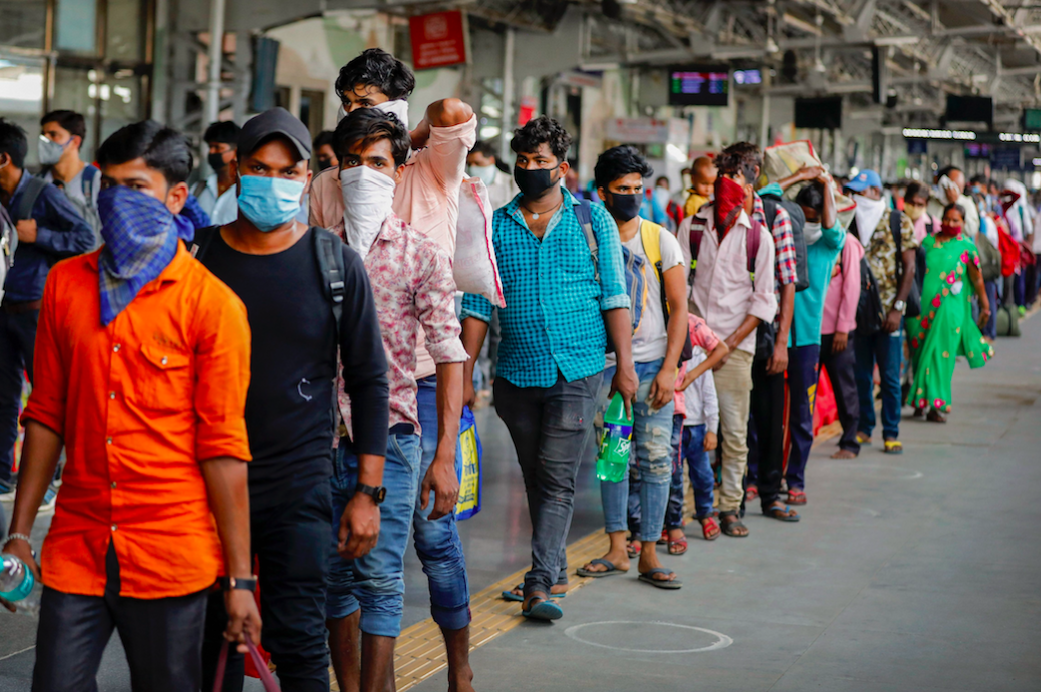 The massive surge in the second pandemic has now hit them really hard, leading to uncertainty and fear, as they have again returned to their villages. They urgently need support to help them and their families to settle down and plan for their future.

Except for a draft national policy on migrant labour prepared by Niti Aayog, government agencies entrusted to provide help under various schemes have made no attempt to study, record, and analyse the details of the massive migration of workers that took place last year, nor is there any real sympathetic response to the uncertain future that they are faced with.

The various schemes set up by the government to provide food and jobs have not reached a large number of migrants. Recent surveys have revealed that 74% of them had no access to subsidised cereals like rice and wheat, and only 12% got pulses. Less than 10% got jobs in public works at their native place under the MGNREGA scheme.

The demand driven skill training under the Garib Kalyan Rozgar Yojana (GKRY) did not reach most migrants, only a very small number of migrants got any skill upgradation or training at their native place. Almost all the relief schemes announced by the prime minister with great fanfare have been poorly implemented in bits and pieces, and have failed to be of real help.

Providing space on an equitable basis for all sections of society

In planning for post-pandemic development both in urban and rural areas there are many issues that will need to be addressed.

First and foremost is the issue relating to the provision of space on an equitable basis for all sections of society. In order to minimise the spread of infection minimum distance has to be maintained between individuals in all areas whether at work or at home, and also in public areas and streets. This is an issue that is related to equitable access to land, both in the urban and rural areas.

As per the 2011 Census data almost 46% of the urban population consist of migrants who need rental accommodation. Wherever there are concentrations of low-income housing in cities, they are squeezed into minimal size plots built as four to six storeys of walkup apartments. 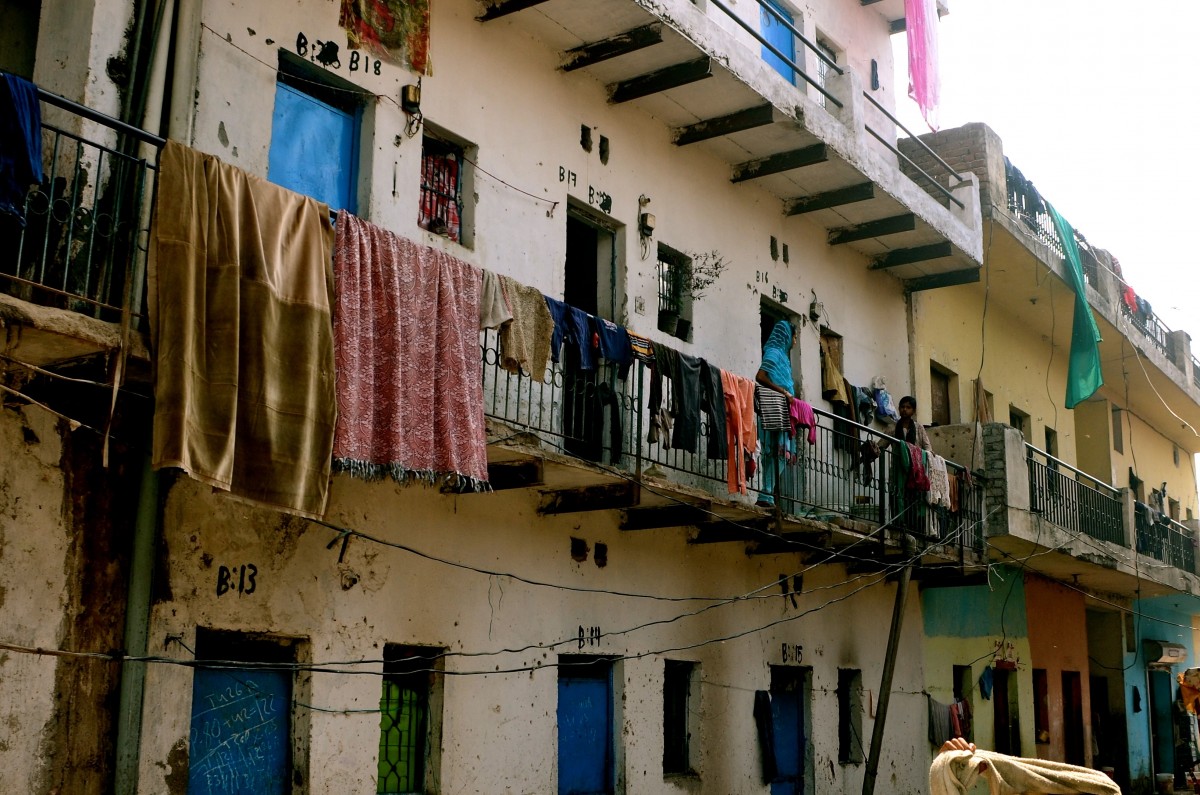 Nathupur, an urban village with a concentration of tenements where migrant workers live. Photo: Mukta Naik

Many of these are built on 25 square metre plots – an area on which you can barely squeeze in a single room, a toilet and a narrow staircase. Each floor on such plots has a single dwelling unit accommodating one family of four to six persons and this is the basis on which large numbers of unauthorised colonies have been developed all across Delhi. This is where over 60% of the population of the national capital currently live.

With the realisation that these are the hot spots where the coronavirus contaminates large numbers of people, it is necessary to ensure that future development even with small sized residences in urban and rural areas have substantial open space both within and around it.

This change is not easy to bring about, because of the stranglehold that politicians and administrators have on land all over the country. In order to develop plans where space is allocated on a fair and equitable basis to all sections of society, a complete change in the approach to planning and urban design is called for.

In order to ensure that the same mistakes of crowded development in urban areas is not repeated in the rural areas, a more sympathetic and responsive framework of planning needs to be prepared. With the return of migrants to their homes in villages, the problems of long-term development of rural areas now need urgent attention.

Planning for the improvement and development of village abadis

For proper planning, the GIS survey of each and every village in the country, along with a record of all existing structures, access roads, trees, forests as well as all individual farm holdings is absolutely essential. It should be the responsibility of each state to get such updated records made which are accurate.

All new developments can then be properly considered and planned on a comprehensive basis. The process of regional planning also calls for the active participation of professionals like economists, sociologists, demographers, engineers, architects, town planners, urban designers, landscape architects, etc. to produce long-term plans to bring about meaningful change. Currently there is no separate administrative cadre to deal with the effective implementation of development in rural areas. For improvements and development in village abadis to actually happen proposals need to be prepared with the active participation of the local Panchayats. 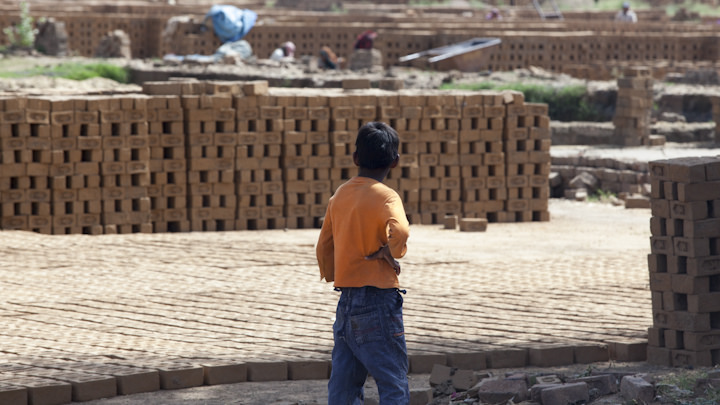 Because of the enormity of our rural areas and the different social and economic conditions that prevail, it is necessary to set up a separate Rural Administrative cadre for effective co-ordination with the state and central government.

This is something that is urgently needed. This is something that has been repeatedly proposed in the past but has been resisted by IAS officials who viewed this as an intrusion on their domain. Many years ago, a senior politician Jayaprakash Narayan, had written a detailed note on the subject, stressing the need for proper rural development but could not get it past the IAS stranglehold.

Regardless of the obstacles the enlargement of the entire rural administrative setup in each state, is now absolutely essential. With the proper regional planning of rural areas in states like Uttar Pradesh and Bihar from where the largest number of migrants originate, large scale employment opportunities need to be created within their states.

It is essential to have accurate surveys for the proper planning of rural areas,. The Svamitva scheme for the survey of village abadis and mapping with aerial surveys was launched in April 2020, and is in the process of implementation by the Ministry of Panchayati Raj. One of the components of the Svamitva scheme is the preparation of comprehensive GIS survey maps of the rural areas in each state. Until April 24, 2021, maps had been generated for only 875 village abadis in Haryana, two in Karnataka, and 976 in Uttar Pradesh.

The scheme aims to provide an integrated property validation solution for rural India. The demarcation of rural abadi areas is being done with the help of Drone Survey Technology.

The intention is to help provide the ‘record of rights’ to village household owners possessing houses in inhabited rural areas in villages, which in turn, would enable them to use their property as a financial asset for taking loans and other financial benefits from banks. The process will also help to create accurate land and property records of land ownership.

Also read: Father of Bihar Girl Who Rode 1,200 km on Cycle With Him During Lockdown Dies

However as of March 2021, survey has been completed in only 31,000 villages, and property cards have been distributed to around 230,000 property holders in 2,626 villages. 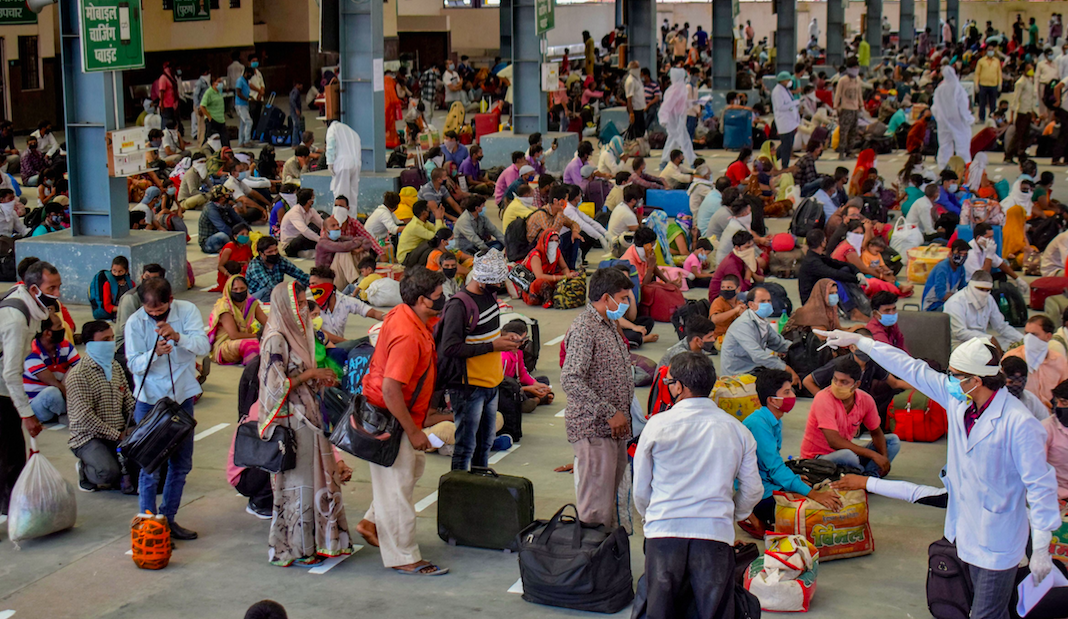 Migrants arrive from Surat by a special train at Praygraj railway station, during the ongoing COVID-19 lockdown, in Prayagraj, Wednesday, May 06, 2020. Photo: PTI

As in many of the current government schemes, shortcomings including their slow progress have not been corrected, and the process of implementation is long drawn out. In this particular programme proper co-ordination with local panchayats has not been done, and a process of entrusting property rights along with the issue of proper property titles has not been followed through with individual states.

Similarly issues of property ownership such as multiple owners, and the recognition of individual or joint women’s ownership rights, and their correct record on property cards, have not been resolved. It is also necessary to introduce legal changes to empower gram panchayats to collect and utilise property tax for the development of village areas.

In the absence of proper follow through, including the need to set up the necessary rural administrative infrastructure, it is likely that this important scheme may lose focus over time.

Like in most of the prime minister’s ambitious development proposals, the sanction of adequate funds is a major problem which ultimately leads to the scheme being shelved or stuck in the administrative quagmire.