Who Will Take Responsibility for the Human Tragedy Unfolding in Democratic India?

One can only hope that every tear shed by every citizen in the last 72 hours is acknowledged by those in power and people are held accountable and punished for their failures. 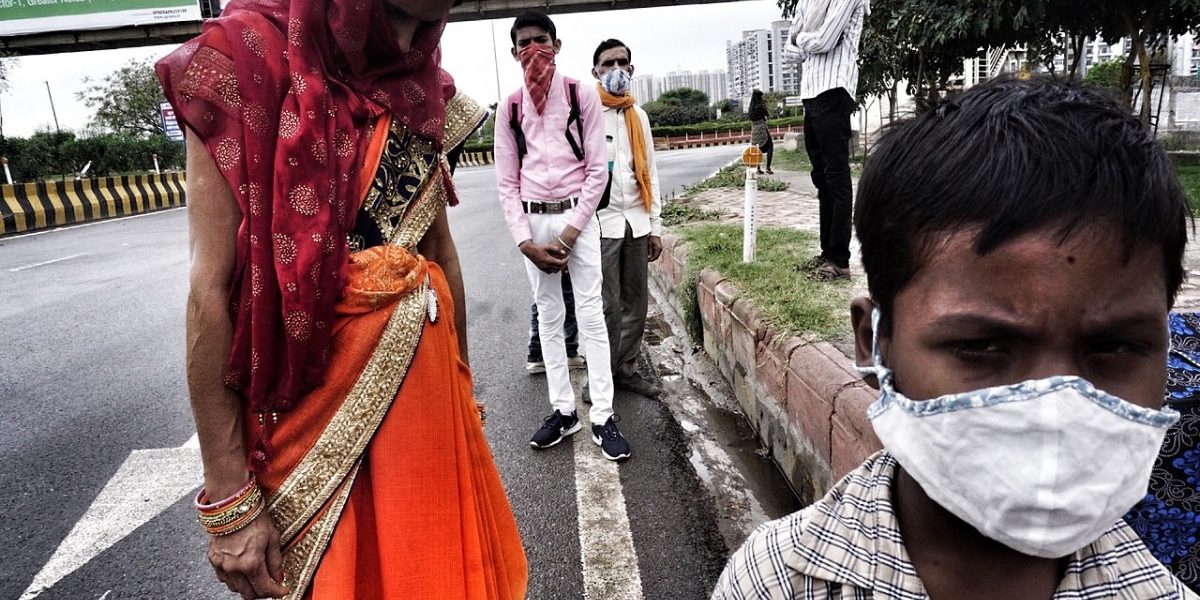 Abandoned by employer and government in the wake of the national lockdown, migrant workers and their families are walking back to their villages hundreds of miles away. Photo: Shome Basu/The Wire

When I wrote yesterday about the impending crisis and calling in of the armed forces to aid civilian authorities, I had not realised the magnitude of the problem. I was utterly wrong in my assessment.

Throughout Friday, I have been watching various TV channels including regional ones and have seen what we as a nation should never have seen.

Tens of thousands of migrant workers are walking on highways from various industrial towns and cities to their villages. They are walking with their children on shoulders, women walking with their precious belongings. But all of them, without exception, are hungry, famished, tired, frustrated, dejected and resigned to their fate. They all spoke in one voice about the failure of their rich employers in providing them with much needed money and food, not to speak of any kind of security of their future.

But they unequivocally voiced their frustration, if not anger, at the failure of the government, both Centre and state, in not taking care of them and leaving them to fend for themselves.

What is happening right now across the nation to lakhs if not millions is a national shame. After partition in 1947, this could well be the biggest mass movement of people in the country. Every right of theirs under the constitution has been not just violated, but violated shamelessly. Their dignity is taken away. Their right to life is seriously jeopardised every moment of their journey.

No civilised nation can allow this trauma to take pace. We cannot ignore these sufferings at all.n

To my mind, the nation has inflicted on them collective torture for no fault of theirs except that they are poor.

But they are the ones who have elected our governments at the Centre and in the states. Now, they are not just being ignored but are forgotten.

So why was this situation allowed to take place in the first place? COVID-19 was declared officially by China as an epidemic on January 21, followed by a large-scale lockdown of provinces including Hubei on January 23. The WHO issued its first advisory on the novel coronavirus on January 10, and warned of it becoming a high level global risk on January 24. On March 13, the WHO declared Europe as new centre of the pandemic. Even after being quick to impose sweeping travel restrictions, the government did not plan much, let alone take any measures – much less, effective ones – to manage the human crisis that was about to unfold.

In fact, nobody in government took serious note of it till March 19, when Prime Minister Narendra Modi made his first nation-wide address and called for a Janta Curfew on March 22. By this date, Italy had already lost 3,405 persons, a figure which should have woken Government of India out of slumber.

Even then, the government did not plan much. Parliament was allowed to continue its proceedings, perhaps in the wake of Supreme Court hearings on the Madhya Pradesh assembly floor test and the hope of dethroning the Congress government and installing a BJP one in its place. Even the Supreme Court continued in this drama to hear and order floor test on March 20, giving little regard to the constitution and constitutional morality. It appeared as if everyone was in a hurry to change the government in Madhya Pradesh before a possible lockdown, which the Government of India knew it was bound to impose.

So, on March 23, parliament was adjourned suddenly, passing a vote-on-account, and a new chief minister was sworn in at Bhopal. The government then announced the grounding of domestic flights, effective from midnight March 24, allowing all members of parliament, and the rich and powerful to go back to their homes comfortably. If only the same facility had extended to the poor and unprotected by allowing trains and buses to run till the migrants who wanted to return come were able to do so. With all this drama over, the PM made his second nationwide speech on March 24 at 8 PM and announced a nationwide lockdown, for a period of three weeks, set to begin immediately within four hours.

His announcement left millions and millions of Indians in the lurch. Those who had money, lined up in thousands across the nation to buy essential items within an hour of his speech, which said nothing about any arrangements being put in place. Out the window went all of Modi’s advice about social distancing.

There was no suggestion in his speech of any well-thought plan to help the poor and needy survive this difficult period, including food and money, nor was there any inkling about any such plan.

The prime minister’s announcement was as drastic and shocking as his November 8, 2016 declaration of demonetisation.

By this time, the government was announcing cancellation of trains across the country under the specious argument that they were running empty. State governments started imposing ban on inter-state movement and public transport came to a standstill. These drastic actions trapped millions of people wanting to return to their homes in villages where they feel secure, away from the jhuggis of cities where they live in inhumane conditions.

Clearly, Prime Minister Modi’s advisors have failed him miserably in not being able to gauge and prevent this greatest human tragedy which was wholly avoidable if there had been proper understanding – and  organising of large-scale relief and rehabilitation.

One can only feel hurt as a citizen that such gross criminal negligence can be allowed to take place in a democracy governed by the Constitution of India and under the leadership of a prime minister who prides himself on his efficiency.

If private sector had acted so, criminal action would have been taken. But the advantage of democracy is that no one in public life is ever held accountable, much less punished.

The time lost from January to March shows a complete disregard for good governance.

Even now, there is virtually no realisation on the part of those in power of the disaster that has unfolded. What we have are empty promises in the speeches and statements of Central and state ministers and bureaucrats who come on TV shows with a smug look on their faces and a total absence of empathy. Financial packages mean nothing, at least, in the near future. Such packages cannot fill empty stomachs or provide the comfort which is the need of the hour.

One can only hope that every tear that has been shed by every citizen in the last 72 hours or that may be shed till the situation is retrieved is acknowledged by those in power and people will be held accountable and punished for their abject failures. Only then can it be said that the government means serious business.

But, most of all, the prime minister should act urgently, take in his hands the reigns of governance, use the best available talent from within and outside the government, and bring sanity back. Only then can the poor be helped. There is no other option.