The three have been booked under the PSA on charges of supporting militants. Their families claim they are extremely poor and did not even own smart phones. 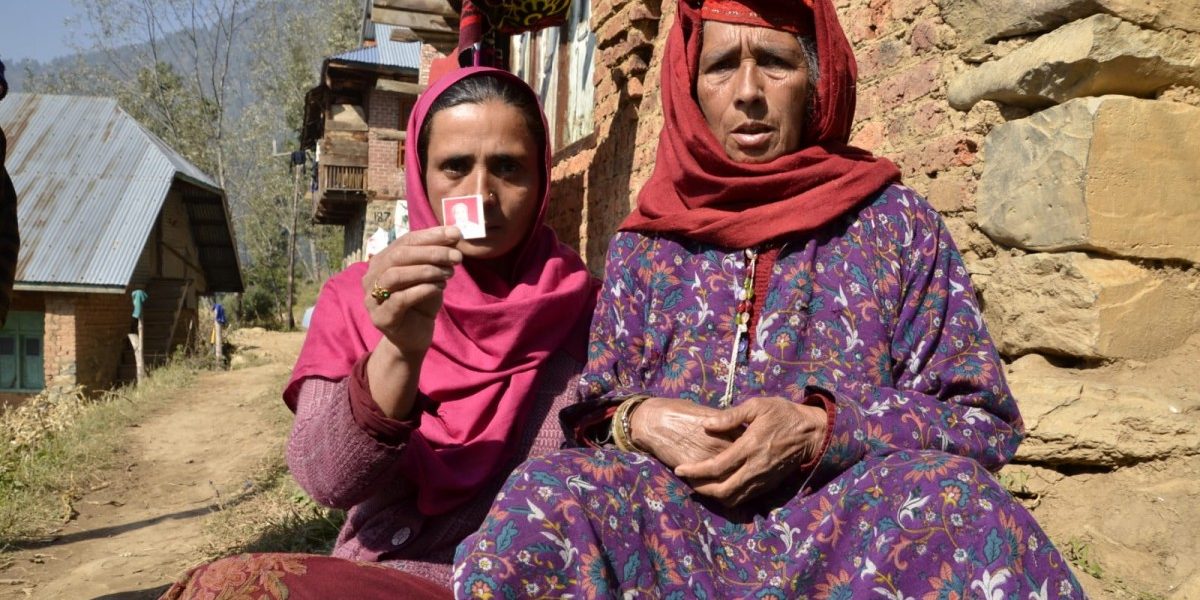 Bandipora: Seventy-year-old Fatima Begum, a tribal woman, is in a state of shock and cannot believe that her son has been accused of being an ‘over ground worker’. The term is used for those who help militants or terrorists with logistical support, cash, shelter, and other infrastructure.

Her son Armeem Gojar has been detained under the Public Safety Act (PSA) on charges of being an over ground worker of The Resistance Front (TRF), a militant outfit which surfaced after August 5, 2019. It has also claimed responsibility for the recent civilian killings in Kashmir. Out of its victims, four belonged to Hindu or Sikh communities and three others were Kashmiri Muslims.

Apart from Armeem (45), who is a carpenter, Abdul Bari (50), a labourer and Muhammad Suliman Gojar (50), a shepherd from north Kashmir’s Bandipora district have also been booked under the PSA over similar charges. They were summoned by the Bandipora police on October 8, and later moved to Kotbhalwal jail, Jammu, which is more than 300 kilometres away from their homes.

Talking to The Wire at her home, Fatima said her son is innocent and has nothing to do with militancy. “We are poor people and don’t even have any remote connection with militancy. These allegations are baseless.”

She said she repeatedly remembers the crying, pleading face of her son. “Before being taken to Kotbhalwal jail, my son hugged me and cried in my lap like a child. He repeatedly told me that he is innocent and asked me to do something to get him out of jail. I don’t know what I can do.”

Like Fatima, other residents of these tribal localities are vouching for the innocence of the three and have been vehemently denying the charges against them.

“Why are we being punished? What is our fault? No one from our locality has ever joined militancy but authorities still detained our men. We have voted in large numbers during elections in the past three decades and have never indulged in any unlawful activity. Is this reward for remaining peaceful?” said a young man in a group, requesting anonymity.

“We appeal to the authorities including the Prime Minister and Lieutenant Governor to look into the matter and ensure justice to us. Let them punish our men if they have even the slightest link with militancy but they should punish those who implicated them if they are innocent,” another said.

Fatima’s other son, Muhammad Mubeen Gojar, who was also in detention for 15 days, told The Wire, “All of us [who were arrested] went there and were later shifted to a camp of the Special Operation Group of Jammu and Kashmir Police. We were kept in the camp for two days and were briefly questioned there before being shifted to police station in Bandipora and subsequently to subsidiary jail,” he said.

He said he came to know on October 21 that the three men including his brother were detained under PSA and shifted to Jammu.

“On October 20, the three were asked to come out of the jail along with their clothes and blankets. I thought that they were being released but I was shocked the next day when I heard from fellow inmates that they have been taken to Jammu,” says Mubeen, who is bedridden since 2010 after his right arm was paralysed.

Mubeen was released on October 23.

Living in abject poverty, the family of Abdul Bari, another detainee, is inconsolable.

“My husband would do menial jobs to eke out a livelihood. You can ask anybody in the village about him. No one will say anything adverse against him,” said Sakeena Begum, who cannot walk. She couldn’t even meet her husband in Bandipora where he was detained for 12 days before being shifted to Jammu. 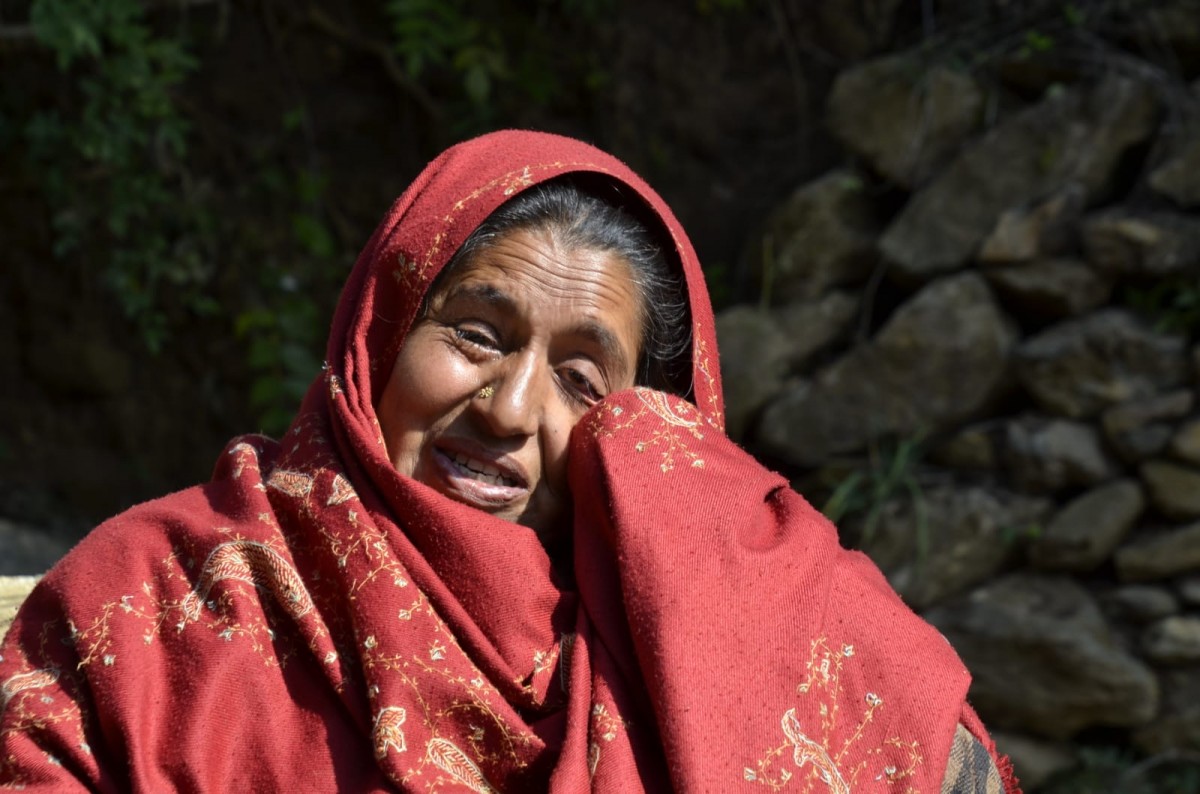 “I don’t even have money for the next evening meal. How can I arrange for money to go to Jammu to meet him or arrange for a lawyer to fight the case?” she asked.

According to locals, Muhammad Suliman Gojar, one among the three detainees, spent his days shepherding.

“The income from such a job is meagre and hardly enough to meet daily expenses of the family,” his wife Parveena Begum told The Wire over phone.

Parveena and her children are still living in a temporary shelter in the highlands which is home to shepherds during summers.

She said that she has returned the sheep to owners after her husband’s detention. “I am in a dilemma as to whether I should pursue the case of my husband or find a way to make a living. Who will take care of my children in the absence of my husband?” she asks. 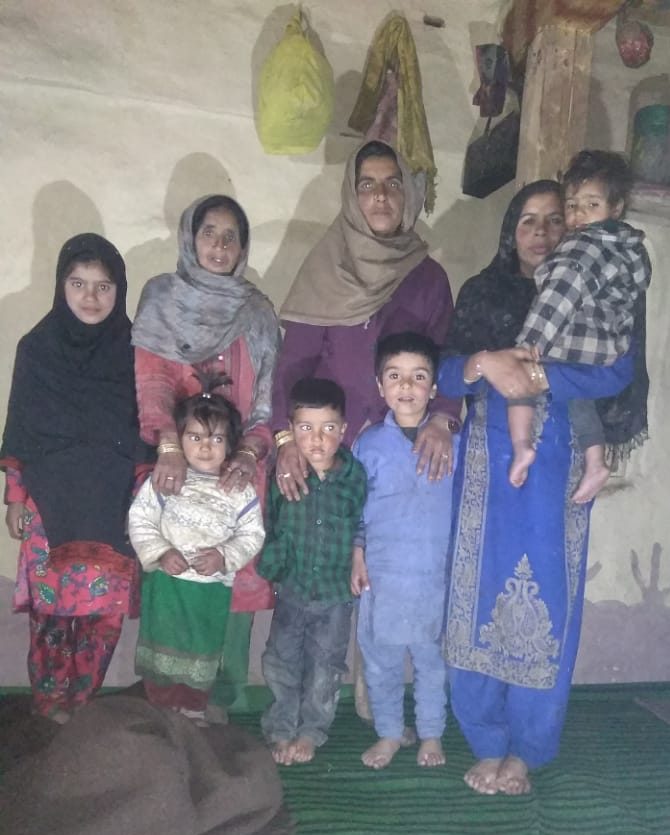 What the police dossiers claim

In three separate dossiers prepared by the police and signed by the district magistrate of Bandipora, the charges levelled against each of them are similar.

As per the dossiers, all the three detainees have been accused of being affiliated with the TRF, which is considered as an off-shoot of the militant outfit Lashkar-e-Tayyaba by security agencies.

The dossier claims that the age of each of them is 45 years. However, the families of Bari and Suliman claim that they are 50 years old.

Interestingly, the dossier is not based on any first information report (FIR) registered against them in connection with any militancy case. The document only states that they have been previously detained under section 107 (security for keeping the peace in other cases) and 151 (arrest to prevent the commission of cognisable offences) CrPC.

“That you have been previously detained under section 107 and 151 CrPC, however, it has not deterred you from propagating terrorism/ secessionism. You are running an incessant campaign to further anti-India sentiments directed at destabilising the machinery of the UT and hell-bent to create conducive atmosphere for terrorists particularly TRF for carrying out activities prejudicial to maintenance of the security of the state,” read the dossiers.

Also read: ‘No Means To Go to UP, Pay Lawyers’: Sleepless Nights for Kin of J&K Students Held for Cheering Pak

The families of the three claimed that they were never detained before October 8, the day when they were summoned by the police.

They have also been charged with using modern communication technology to evade being identified by security agencies.

“After putting in strenuous efforts, various agencies through coordinated efforts have identified you and your linkages with terrorist outfits in the face of the use of extremely modern communication technology by you to evade being identified. The recent use of VPNs, encrypted messaging applications and hotspots has made your identification and apprehension difficult. It is only after deep and painstaking analytics that you have been identified,” the dossiers claimed.

Ghulam Mustafa Gojar, a relative of the detainees, claimed that none of them even used smartphones. “They are illiterate and have never been to school. How can they use modern communication applications? Their phones are still in possession of the police,” he said.

He said only Mubeen, who was released on October 23, was in possession of a smartphone which he had brought for online classes of his children after the outbreak of COVID-19.

When contacted, senior superintendent of police Bandipora, Zahid Malik, said the dossiers are self-explanatory. “I cannot say anything further on it,” he said.

Deputy commissioner Bandipora Owais Ahmad said the detainees can take legal recourse if there is any discrepancy in any detention order. “I cannot recall these particular cases,” he added.