When Laws Impacting Many Are Hurriedly Passed, the Freedom to Assemble Must Be Guaranteed

The freedom of peaceful assembly constitutes the brick and mortar on which the edifice of Indian democracy rests, lawyer Vrinda Grover notes in a report. 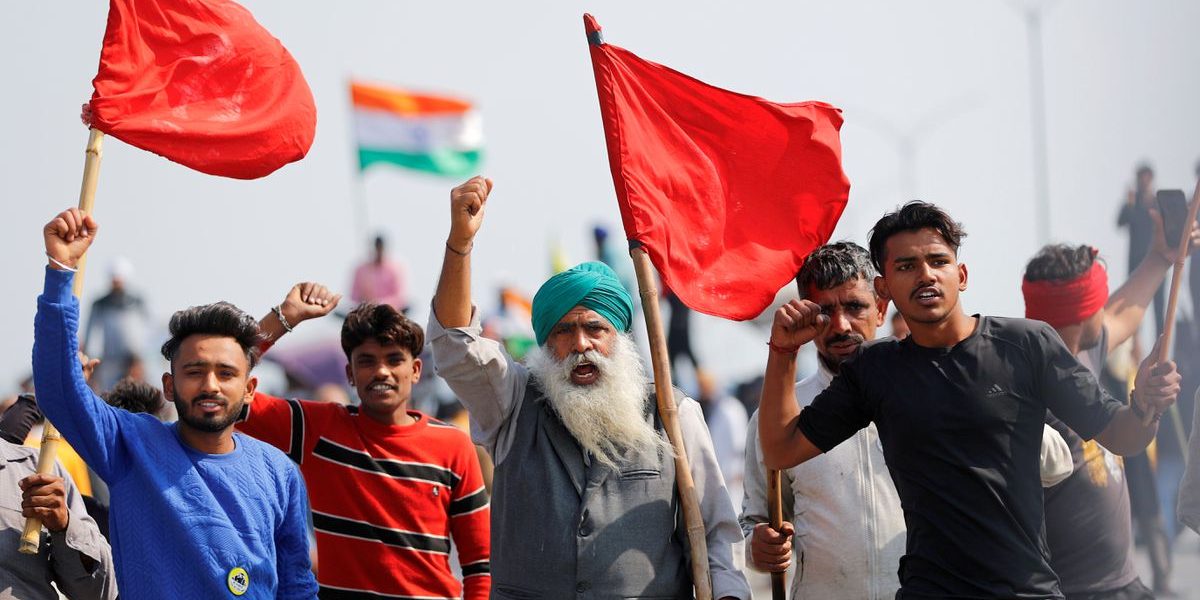 The farmer protests were a major recent demonstration of the freedom of assembly. Photo: Reuters/Adnan Abidi

New Delhi: The people of India have been familiar with the freedom of assembly since the Independence movement. Recent developments in the country have brought the Right to Protest to the forefront of debates and discussions. The nationwide protests held against the Citizenship Amendment Act in 2019-2020, and the massive protests in 2020-2021 by farmers against three hastily introduced and passed (and now repealed) farm laws show that it continues to be a form of collective political expression in India.

Lawyer Vrinda Grover, in her report ‘Assessing India’s Legal Framework on the Right To Peaceful Assembly’, critically examines the Indian legal framework governing the right to freedom of assembly and the right to protest.

Published for the International Center for Not-for-Profit Law (ICNL), the report comes at a time when the country has seen the misuse of criminal law by government agencies, local law enforcement agencies failing to protect protesters, protesters being penalised using criminal law, independent journalists reporting on public assemblies being targeted through arrests and criminal prosecutions among other things.

“Despite some protective laws and jurisprudence around assembly, there is a disturbing trend of growing intolerance towards democratic processes and social movements in India, where inconvenience to everyday life caused by peaceful public protests receives greater attention than the protection and promotion of rights, or the concerns of disadvantaged and marginalised groups” Grover states in her report.

A country with such a diverse population is bound to give rise to debates and disagreements. “The hallmark of democracy lies in determining how open and attentive the State is towards divergent views voiced via various forms of association, expression and assembly,” the report says.

Assembly rights have remained particularly contentious, with courts, the state and citizens evidencing different views and interpretations of Indian laws and international standards, with serious implications for the ongoing protection of free assembly in India.

Grover emphasises the right to freedom of assembly in current times when “legislation impacting millions of lives is passed hurriedly”. Since laws are not debated and discussed in the parliament, public assemblies become the consequent forum.

“The ideals of ‘Liberty, Equality and Fraternity’ can only be realised if citizens can exercise their free will to meet, discuss, deliberate, debate, assert, advocate, decide and influence issues that affect their lives”, the report says. 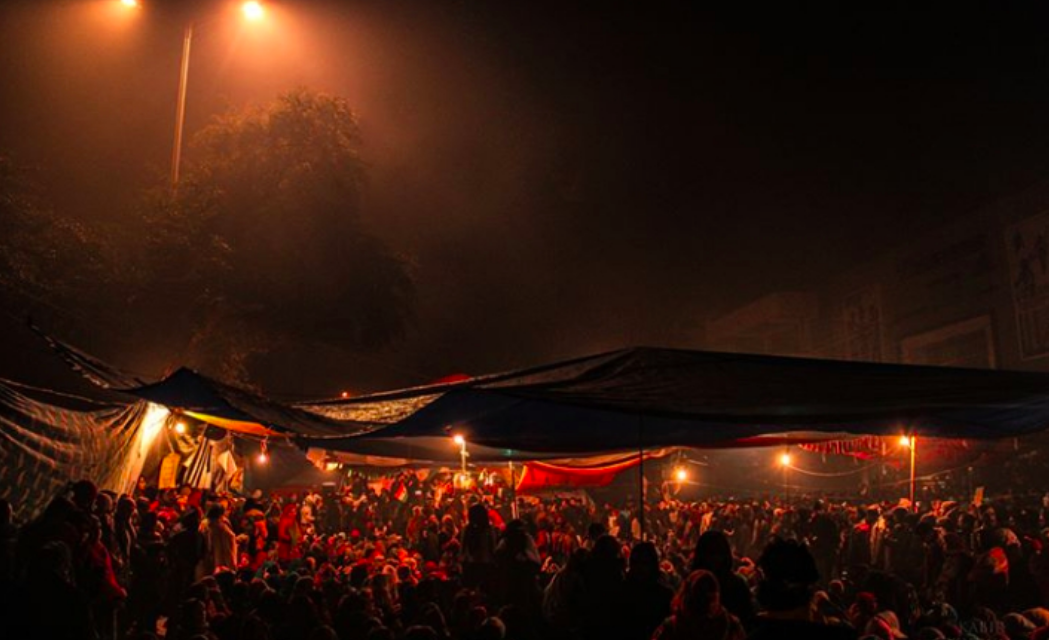 Recent protests have also brought into light the occupation of public spaces for large-scale assemblies. In February 2021 in the context of the anti-CAA protests, the Supreme Court stated that “the right to protest cannot be anytime and everywhere. There may be some spontaneous protests but in case of prolonged dissent or protest, there cannot be continued occupation of public place.”

Similarly, during the farmers’ protest, in March 2021, the Supreme Court directed the state authorities to keep the road clear so that vehicular traffic and commuters were not troubled.

Also read: ‘This Is Not the India We Fought For,’ Says a 110-Year-Old Protesting Farmer

What does the law say?

The freedom of speech and expression, the right to assemble peacefully and without arms and the right to form associations or unions are guaranteed by Article 19 of the constitution.

The right to freedom of assembly is, however, not absolute, and is subject to certain restrictions imposed in the interest of the following three factors:

i) To protect the sovereignty of India;

ii) To protect the integrity of India;

The report asserts that disruption of daily life cannot be a reason for calling off peaceful protests and assemblies as the right to freedom of assembly includes the right to protest in a manner that is visible to its target audience. “It is pertinent that many social gatherings, religious processions or public rallies by political parties also result in significant inconvenience to commuters and disrupt the lives of people residing in such areas; however, such inconvenience is never cited as a ground to prohibit or disperse the assembly”, it adds. Restrictions to peaceful assemblies should be imposed only under the authority of law.

On the other hand, reasonable restrictions on the freedom of assembly could ensure that majoritarian groups or dominant communities do not occupy all available public spaces to espouse their cause. Public convenience is given more importance than the rights of marginalised communities who have no access to open spaces, parks or grounds to host their assemblies due to spatial inequities and skewed urban planning.

Grover explains that despite the constitutional guarantee, various legal provisions, including overwhelmingly bureaucratic procedures deter the exercise of this right. Various states permit protests only after securing a police permit and a ‘No Objection Certificate’ from the police. Other restrictive measures including imposing Section 144, designated protest sites charging a fee, crowd control measures and the use of force.

“Many anti-CAA protesters have been arrested and slapped with sedition charges, in what many experts believe is an attempt to quell dissent”, the report states.

The law also allows the police to take action against instigation of violence however it does not distinguish between riots fuelled by the protest organisers and those opposing the protest.

“While the pandemic signalled a grave health emergency, it also provided an occasion for the Indian state to resort to special laws and issue administrative orders and notifications, all of which augmented the power of the Executive and police, and drastically pared down individual and collective fundamental freedoms, leading to pervasive democratic backsliding,” the report adds.

The police system in India has been adopted from colonial rule and hence its approach towards public assemblies is to “manage” and “control” the assembly.

Furthermore, journalists and human rights defenders are not recognised as “observers” or “monitors”, leading to many such persons being detained and arrested by the police.

The UN Human Rights Committee’s General Comment 37, 2020, recognises the significant role of journalists and human rights defenders as a source of accountability against police excesses when dealing with public assemblies. Farmers at Mahapanchayat in Lucknow on November 22. Photo: @Bkuektaugrahan.

“Independent reports of police action are rejected by the State as biased media reporting, and the same is countered through narratives published by media outlets that enjoy State patronage” the report adds.

The government should carry out reviews of laws, ensure that members of peaceful assemblies are not burdened with criminal prosecution, provide institutional recognition to independent observers and monitors for public assemblies, among other things.

It should recognise that the right to freedom of assembly extends to digital platforms and also take steps to protect assembly participants in case of majoritarian counter assemblies.

Law enforcement agencies should carry out training and orientation of police and security personnel on their role as facilitators of the right to freedom of assembly and train police personnel on use of minimal force as a ‘last resort’.