In Srinagar, the Dar family say the damage caused to their house could have been limited if not for the continued clampdown. 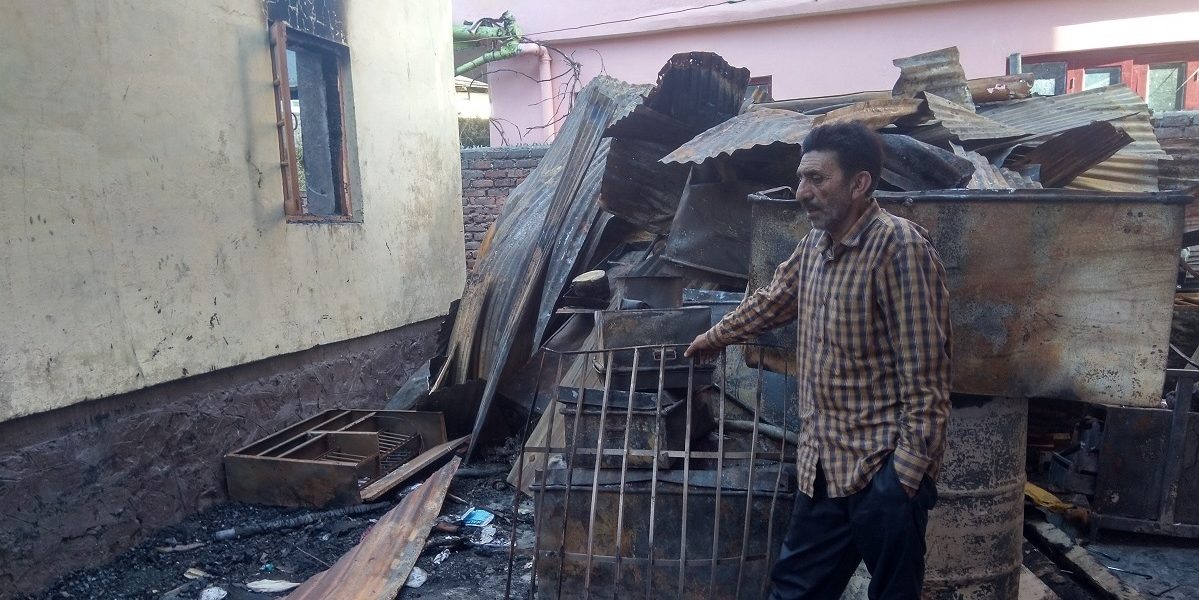 49-year-old Mohammad Shafi standing next to the debris of his house in Alochi Bagh area of Srinagar. Photo: Kaisar Andrabi

Srinagar: On August 20, the 18-member Dar family were preparing to sleep after dinner in their three-storey house in Alouchi Bagh area of Srinagar. Mohammad Shafi, 49, the eldest in the family was watching the news on TV, hoping for information about the rest of the Valley.

While Shafi continued to browse through the channels, family members wished each other a good night and went to their rooms. As no news filtered in on Kashmir, Shafi also went to bed.

At around 1:30 am, Shafi’s daughter Nighat Jan, 21, woke up to use the bathroom. She heard sounds of a short circuit on the electric pole located a few feet away from their home. A few moments later, she saw that the corner of their house was in flames. Jan rushed to wake up the other family members.

As all the family members came out of their rooms, they found that the house was engulfed in flames. They started shouting for help, and some neighbours responded. The family and neighbours tried to reach the fire services, but because of the shutdown of communication services, their efforts were unsuccesful.

“Some of the neighbours tried to dial 101, but all calls failed,” Shafi said, standing in the debris of his house, in a sinking voice. Only a few charred walls are left standing, while the ground is filled with charcoal and ash. 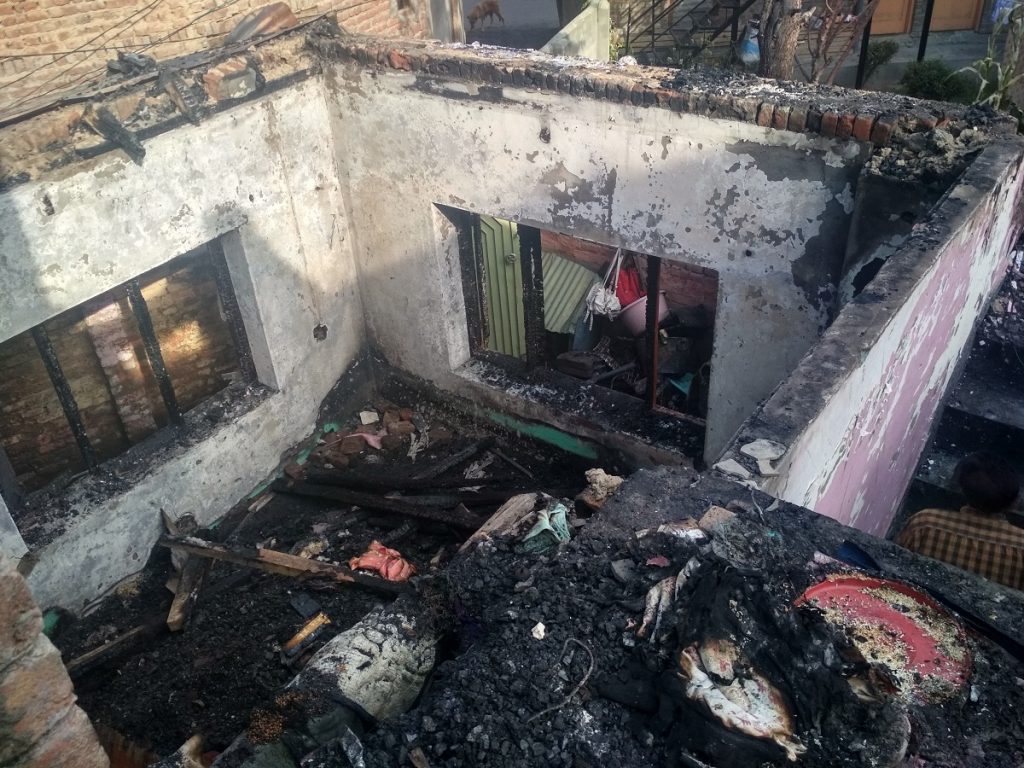 The Dar house was engulfed by fire on August 20. Photo: Saqib Mugloo

On August 5, the Indian parliament diluted Article 370 of the Constitution, scrapping the special status afforded to Jammu and Kashmir. It also passed a Bill to reorganise the state, dividing it into two Union Territories: Ladakh and Jammu & Kashmir.

During the three weeks that have passed since, the Kashmir valley continues to be under restrictions and communication systems remain suspended. The clampdown and communication blackout has been termed as the worst in the history of Kashmir and has caused unprecedented trauma and trouble for the inhabitants of the valley.

Dar’s family was one of the many in Kashmir to have suffered losses as a result of the communication blackout.

According to Shafi, the family rushed to the fire service station at Batamaloo in Lal Chowk, some 3.5 kilometres from their house. Because of the clampdown, roads were cordoned off, while there were stone blockades on others. This prevented them from reaching the station quickly. By the time the fire control vehicle reached their home, the flames had spread to neighbouring houses.

“It took them almost two hours to control the fire, as the three gas cylinders in the house exploded and created more damage,” said Shafi. “Everything turned to ashes.”

On the balcony of his neighbour’s house, Shafi’s sister-in-law Waheeda Imtiyaz broke down. “We have nothing but the clothes we are wearing. We lost everything. Who can help us now?” Waheeda asked, looking over at her ruined house. 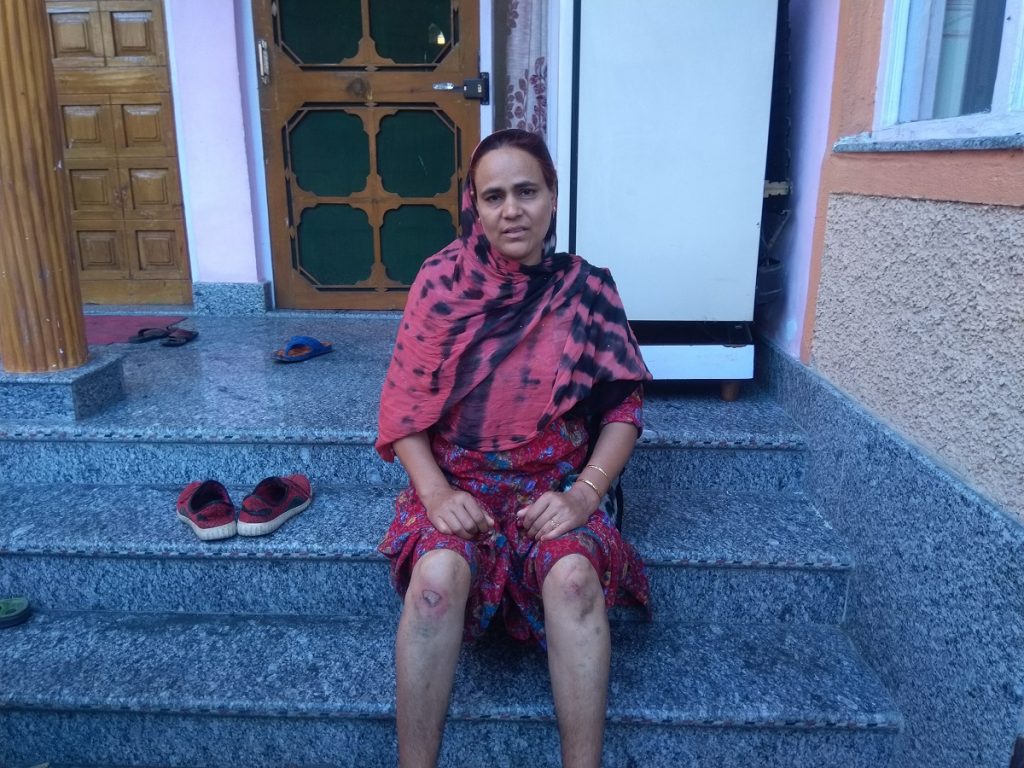 She pointed to the embers of a rack in the tall debris. She said the books used by her son, who is studying engineering, were all burnt in the fire.

Like Imtiyaz, the grief of losing all their savings and more importantly, their shelter, also weighed heavily on Shafi. Two of his daughters were to get married in the next three months.

“You know how Kashmiri marriages are conducted. We lost jewellery, cash and other items stored for my daughters. We could not save anything,” he sighed.

Shafi blamed the communication blackout for losing his house and savings. He believes that if the situation had been normal in the valley, the losses could have been limited. “If we could call them, the fire services would have reached our house in 10-15 minutes. Because we had to go to the station, the fire destroyed everything,” he complained. 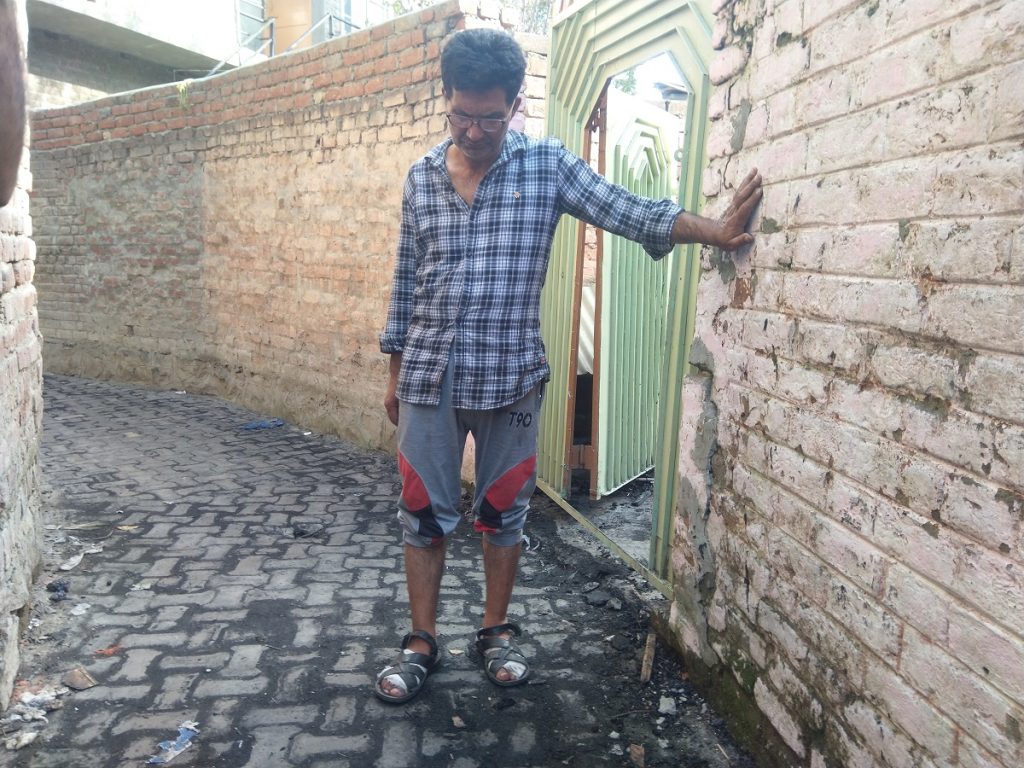 ‘Blockade has damaged delivery of services’

Since the revocation of Article 370 and Article 35A, the Fire and Emergency Headquarters in Srinagar has received 40 reports of fires in the Valley. Sixteen were from Srinagar district.

He agreed that the shutdown is resulting in more damage for the victims of fire accidents. Out of the 16 incidents reported in Srinagar, only one was communicated through the police control room. In the 15 other cases, the families – like the Dars – had to visit the service station, Ahmad said.

Also Read: Ground Report: Agony and Casualties in the Valley in the Immediate Aftermath of Shutdown

“My brother Mohammad Altaf, 38, an auto driver by profession could not move out of the house quickly,” Shafi said. “As the fire cornered him, he jumped from the first floor and received fractures and severe burn injuries.”

The family has been forced to find lodgings elsewhere. Some are sleeping in the courtyard of another neighbour, in a makeshift shed.