What Does Demography Reveal About Immigration Into West Bengal?

Data does not support the argument, based on anecdotal evidence, that 'illegal immigrants' from Bangladesh are changing West Bengal's demography. 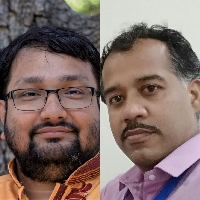 The national debate for or against National Register of Citizens (NRC) and Citizenship (Amendment) Act (CAA) rages on. From tea stalls to shopping malls, from offices to social network, from primetime television to the protests on the street – the ‘discussion’ is everywhere. At the core of this debate is the fast-held belief that millions of immigrants from neighbouring Bangladesh have illegally entered West Bengal, Assam and Tripura, radically altering the state demographics. A fraction of Indian society passionately believes this is indeed the case and blame the ‘illegal immigrants pampered for vote-bank politics’ for several socio-economic problems of India and these states specifically. Another major set of Indians – the ones who are not so strongly against people of other religions and countries – also believe that substantial immigration has taken place. Although this is a post-truth era dominated by ‘alternative facts’, it is desirable that people from all sides of the political spectrum have a look at hard evidence.

Immigration from Bangladesh in recent years

The layman’s knowledge about ‘millions of illegal immigrants’ is mostly based on anecdotal evidence and hearsay like ‘it is known..’, ‘that vegetable vendor is from…’ and ‘in the border areas…’. Beliefs and opinions, especially when not substantiated by facts, are hard to change. However, an objective way to understand the subject is to do a ‘testing of hypothesis’ i.e. you make a hypothesis and then, based on data collection and analysis, you conclude whether the hypothesis is correct or not.

So, in the case of West Bengal, the hypothesis is: If there has been a massive immigration of Bangladeshis (Muslims/Hindus) into the state in recent decades (and they were allotted ration cards, voter cards), that should skyrocket the state’s population number and substantially deviate its trend from the rest of the country. Do the numbers present in the census and surveys like NFHS agree with this?

If we look at the census data of 1981, 1991, 2001, and 2011 (graph 1 and table 1), the immediate conclusions are: the growth rate of WB’s population has distinctly been less than the national average since the 1990s; this decrease is true not only for the whole population, but also for both Hindu and Muslim communities of over the past 2-3 census (Graph 1).

In other words, the two major religious communities of WB are contributing less to the population of India compared to several other states, at least since 1991 for Hindus and since 2001 for Muslims. The state’s growth rate is less than the national average. This punctures the myth that West Bengal is bursting with a much larger-than-expected population because of Bangladeshi immigrants.

It could be argued that a closer look into the border-districts of WB will show big changes in Hindu-Muslim demographics, as that is where the immigrants have entered. However, no such trend is visible from the census data of these districts. In concurrence with the lucid explanations by professors Subhanil Chaudhury and Saswata Ghosh, the population numbers clearly show that:

i) the 2001-2011 growth rates of almost all districts of WB has decreased compared to the previous decade (Graph 2),

ii) this holds true for Hindus and Muslims (Graphs 3A, 3B).

iii) there is no consistent trend in the border districts that can be explained by massive immigration. 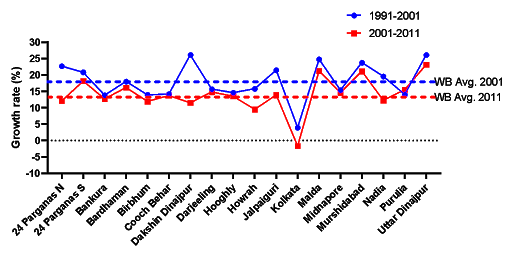 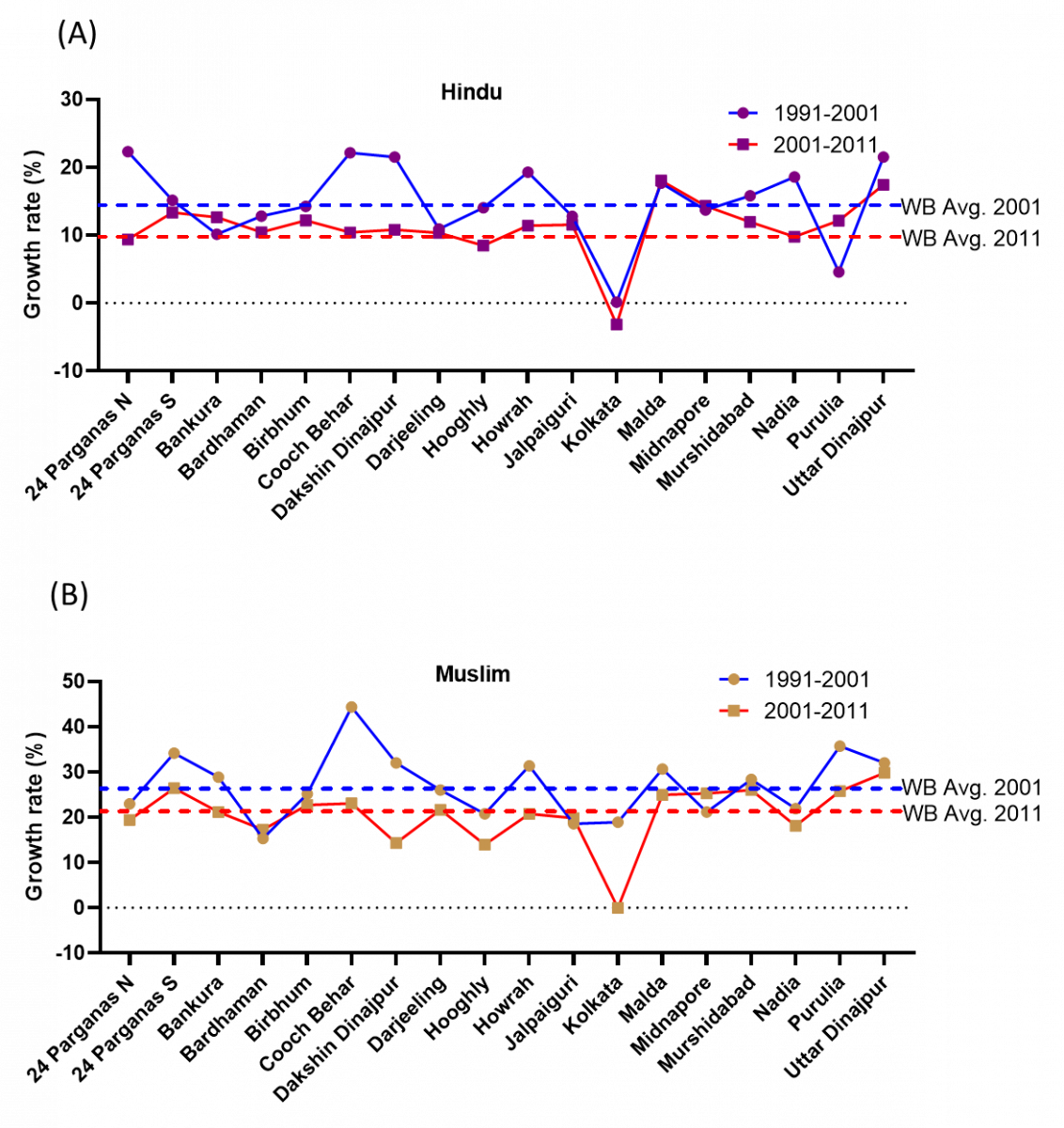 The growth rate is higher than the state average in three districts which have a significant border with Bangladesh (North Dinajpur, Malda and Murshidabad). But this is less than the state-average in four other border districts (South Dinajpur, Nadia, Cooch Behar, and North 24 Parganas). Among the ‘inward’ districts, Purulia, Medinipur and Birbhum have higher than average growth rates while Hooghly and Bardhaman have a slower population growth rate.

The striking thing is that the two communities parallel each other: Wherever the rate of growth of Hindus is high, it is high for Muslims; wherever it is less for Hindus, it is less for Muslims (table 2). In other words, there is no high Hindu growth rate, no high Muslim growth rate and no high-along-the-border growth rate. The census – the major data source available for such studies – just does not show any massive immigration into West Bengal. 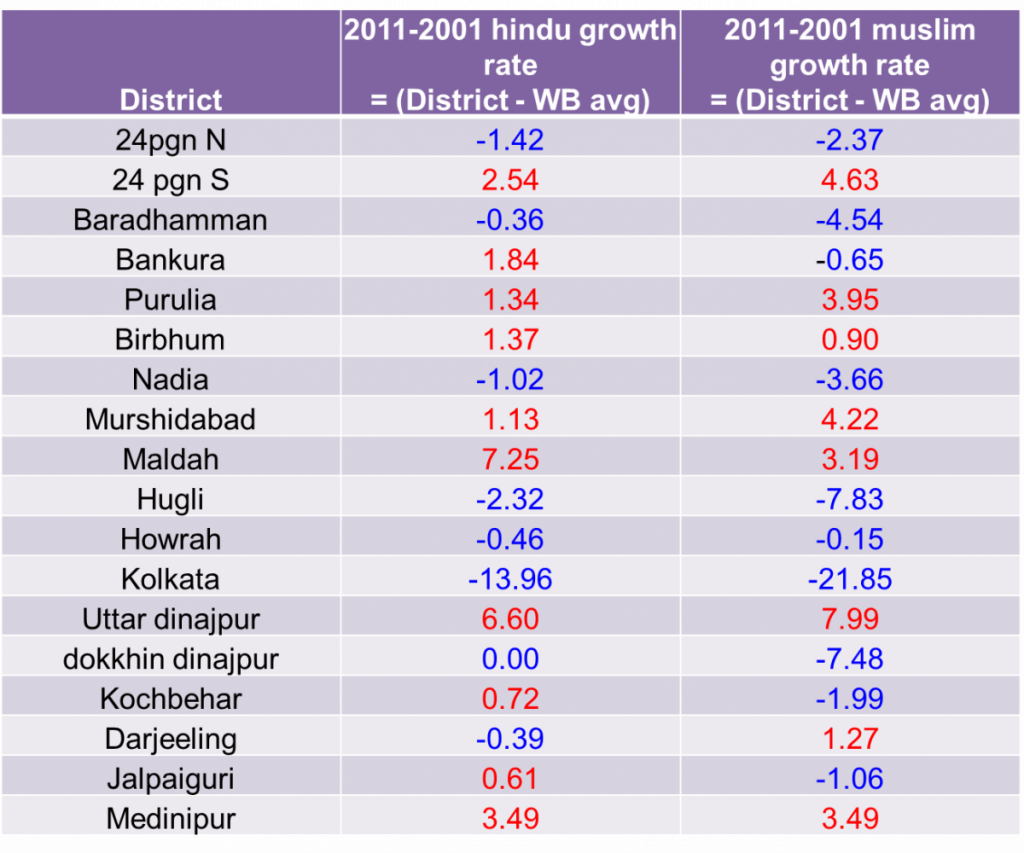 Table 2:Growth rates of Hindus and Muslims parallel each other in districts of WB.

What drives the steady decrease of population growth rates for WB?

Briefly, it is increased levels of literacy, especially female literacy and (consequent) women empowerment. These are factors that have been globally recognized as prime drivers that cause a decline in the total fertility rate (TFR, number of children a woman bears) and this state is no exception. The TFR for WB(1.7/1.8 per children per woman) is among the lowest in the country and this applies to both the communities. Graph 4A compares TFR for the state’s Hindus and Muslims with the corresponding scenario from Kerala, one of the leading states in this regard and UP, one of the lagging states.

Furthermore, demographers (Ghosh, 2018; Haq and Patil, 2016) have noted that the gap between Hindu and Muslim fertility rates has reduced by more than one child (or very close to that) for states like WB, Assam and Kerala. In the case of WB, Hindus have reached replacement levels (<= 2.1 children per woman) in 18 out of the 19 districts, while Muslims follow that trend in 12 districts (Graph 4B). Evidently, the fertility rates of Bengal’s two major religious communities are converging – something the policymakers and the people should both be happy about. Graph 4A: Comparison of Total Fertility Rates (TFR) for Hindus and Muslims

Graph 4B: TFR for Hindus and Muslims in districts of WB

In this context, it is noteworthy that the 4th National Family Health Survey (NFHS-4, 2015-16) for WB had explained, “The greatest differentials in fertility is by schooling. At current fertility rates, women with no schooling will have 1.2 children more than women with 12 or more years of schooling (a TFR of 2.5, compared with 1.3).”

Are the neighbouring regions of Bangladesh overpopulated?

No. Rather, the population growth rates and TFRs of Khulna, Rajsahi and Rangpur – the three Bangladesh divisions flanking WB – are among the lowest in the country (Graph 6). This is also in sync with the well-known fact that Bangladesh has been managing its population growth quite constructively and, in fact, its growth rate is less than India’s. And, in the absence of a bulging population, the reasons for immigration into WB are further reduced. 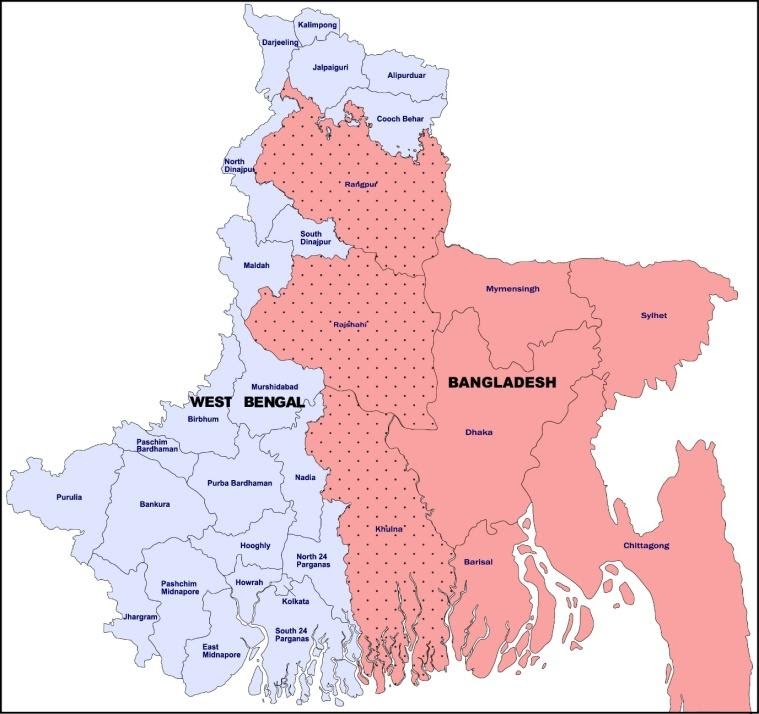 What if the undocumented immigrants do not have voter, ration and Aadhaar cards?

That is WhatsApp legend. Neither does any peer-reviewed data indicate that, nor would it make much sense to allow millions to come in for ‘vote bank’ and yet not give them voter cards. In contrast, the 2019 report of the UN Department of Economic and Social Affairs (DESA) pegs immigrants who were born abroad but now resident in India at 5.1 million at present. That is distinctly less than the 6.4 million in 2000 and 7.6 million in 1990. As for migrants from Bangladesh, their number has reduced from 4.37 million in 1990 to 3.1 million in 2019, and obviously, 3 million in 1.2 billion is chump change! The census drop-in report explains, ‘This is due to substantial decline in the number of recent migration and death of earlier migrants due to old age.” Immigration certainly is not India’s (or West Bengal’s) pressing problem. [Please note, these values are not migration happening every year, rather total number of migrant residents].

Does that mean emigration from Bangladesh has stopped? Not really, although a detailed understanding is beyond the scope of this article. However, the recent data does indicate that many more Bangladeshis are moving to other countries than to India. For eg, UN-DESA estimates that, in 2000, there were 1.49 lakh and 97,000 Bangladeshi immigrants in the UK and USA respectively. In 2019, the corresponding numbers have increased to 2.4 lakhs and 2.45 lakhs respectively. In Saudi Arabia, there were around 5 lakh Bangladeshis in 2000; today they are more than 1.2 million. Indians are moving too; at around 17.5 million in 2019, the largest number of international immigrants are from India. “Muslims have multiple wives, so they have more children”: Really?

A popular ‘belief’ (the infamous ‘hum paanch, humare pachchis’) is that most Muslim men have 3-4 wives and this increases their number of children. However, a simple recollection of ‘high school’ knowledge should be enough to dispel this myth. Briefly, human populations invariably have a natural gender ratio of 1:1 because of the way human reproduction works. The sex of a human child is determined by the father’s sperm – male if the sperm had a Y chromosome and female if it carried an X chromosome. Spermatogenesis – the physiological process that produces sperms in the testes – produces equal numbers of X and Y sperms, and fertilization is a random process i.e. X and Y sperms have equal chance of fusing with an oocyte. This ensures the 1:1 ratio of men: women in human populations, and makes it impossible for most men of any population to indulge in polygamy. Even if we assume that, in a population of 1000 people (500 men and 500 women), 100 men marry 3 women each, it means there will now be 400 unmarried men but only 200 unmarried women. Thus, some men will not be able to find a wife and will not have any children, thereby averaging out the growth of the entire population. The take-home message is that it is scientifically absurd to imagine that any human population could overgrow in such fantasising ways. Period.

It is not doubted that people moved in and out, especially in the aftermath of the colossal tragedy of the partition and the political instability that gripped Bangaldesh later. But, the national and international data just does not reflect enough recent movement that can radically alter the demographics of WB. Rather, the census reflects a success story. Contrary to ‘common knowledge’, India’s population juggernaut has clearly slowed down. Some states like WB have done better in this regard, others have to buck up. But undoubtedly, since 1991, India has slowly but steadily moved towards solving the major problem of unbridled population overgrowth. In a more scientifically-tempered nation, this would be a cause for self-congratulation. This would also be a pedestal to address the existing lacunae and for harnessing the potential of our demographic dividend; the biggest population now is in the age of 15-63 years now i.e. the ‘working age’, availability of jobs would have unleashed a true ‘Indian 21st century’. Instead, a lack of scientific outlook towards facts within our society continues to add to faulty perceptions, bluffs and such bitter estrangement among Indians.