The COVID-19 has increased risks for children, especially those from vulnerable communities. 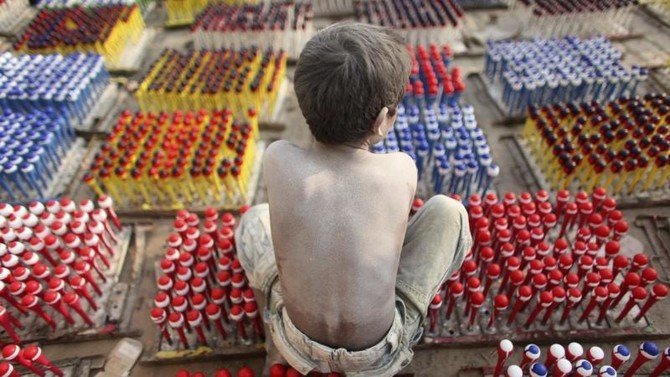 In our own backyard, what about India’s 454 million internal economic migrants, who constitute 37% of the total population? How many of them are youth and women? On June 10, the International Labour Organisation and UNICEF jointly surmised that 160 million children are in child labour; in 2020, the progress in elimination of child labour work has stalled for the first time in 20 years, says the report titled ‘Child Labour: Global estimates 2020, trends and the road forward‘. This number definitely factors in the over 10 million children between 5-14 years who happen to be child labour in India. While the 10 million figure for India is a decade old, it has increased alongside the manifold risks for the child labour since 2020, the year of the beginning of the pandemic.

Migration is an important factor when it comes to child labour in India. Since last year, reverse migration has meant more child labour – in the cotton farms, in the chilli fields, in domestic work, in the brick kilns, in the supply chains of production companies and other sites. This pandemic has made scholars and practitioners talk eloquently, and rightly so, about the loss of childhood for the 247 million children (UNICEF) who stare at school closures. Yet, when do we talk about the 10 million and more child labour who are perennially devoid of formal schooling?

It is now a given that any child who is not in school is a potential child labourer. S/he, if not in school, is then helping parents or caregivers in the family occupations that could range from making illicit liquor to working in brick kilns in Bihar, to bonded farm labour in Andhra Pradesh and Telangana to crushing stones and cobbles in home backyards near the mining fields in Rajasthan, to stitching buttons for the garment industries sitting in the slums of Delhi. India witnessed an increase in the number of child marriages since 2020. Girls are further at risk – married off early, these child brides are also often child labourers.

Also read: Why the Sudden Attention on ‘#COVIDOrphans’ Isn’t What India’s Children Need

NSSO’s 2017 data puts 34 million children out of schools; in 2021, says UNESCO, 24 million children may not find their way back to schools after the pandemic. So where will they go? Last year, India saw the pandemic leading to a severe lockdown resulting in teeming millions becoming reverse migrants. Once in their native villages and coupled with the loss of employment and incomes staring at them, their children too were idle; schools were shut and so were mid-day meals. The Annual Status of Education Report (ASER) compares the 1.5% children between 6-10 years who were out of school in 2017 with the increase to 5.3% in 2020.

With 1.5 million schools closed for the last one year and more, this would have pushed more and more children into labour, child abuse especially of the girl child, child trafficking and child marriages. In the past few months, Childline received 17% more distressed calls and government officials rescued more than 5,000 child brides. Save The Children puts half a million more girls at risk of early marriage. Yet, the Union budget has Rs 5,000 crore less to spend on education for children this year. This when an apex network body like the All-India Forum for Right to Education (AIFRE) relentlessly campaigns for increased allocation for education, at least 6% of GDP, better infrastructure in primary schools, inclusion of breakfast along with mid-day meals, remedial measures for loss of learning and transfer of monies to vulnerable states and local governments on a priority basis.

What is required is a concerted, systematic handling of the issue. To begin with, tough questions need to be asked of us as a society, as a nation. Has our National Education Policy adequately prefigured the issue of child labour and ways of bringing them to schools? Does not advocating for a more open education system beyond the schools trigger further risks for the child, especially from socially marginalised communities, castes and poor backgrounds and make her/him more vulnerable to child labour? Post the pandemic, a relaxed Child Protection and Regulation Law has meant putting the child at further risk of labour. Previously too, taking off many enterprises, particularly those at the level of family run units, off the list of hazardous occupations, has meant more children been pushed into labour. In six districts of Delhi, 24% of children drop out of school between 12-14 years to work full time for more than 20 hours a week. This largely hidden work force from the unorganised sector is sourced from Bihar and Bengal. How do we as a collective negotiate for better child rights and business principles in the production and supply chains of businesses?

This year is supposed to be the International Year for Elimination of Child Labour. World over, under the aegis of institutions like the International Labour Organisation and Alliance 8.7 , countries and networks have been forthcoming in committing themselves to address the root causes of child labour. India will have to work hard at this; in so doing it will have to first recognise that child labour persists. Only when this reality is acknowledged enough can all sectors – state, civil society, businesses and media – work collectively and strategically towards solutions.

A multi-sectoral, multi-stakeholder approach will help address issues of poverty, social marginalisation, lack of alternative or safe livelihoods for parents, adequate child protection mechanisms and lack of quality education. These are more often than not the root causes of child labour. India can and must learn from some of the best practices where more than a million children are put back to where they must belong – school. The model of Child Labour Free Zone pioneered by institutions like the MV Foundation could be studied for scaling and replication.

Let’s commit to a child labour free India by 2025.

Monica Banerjee is the country lead for Work: No Child’s Business Alliance in India. The alliance consists of UNICEF, Save The Children and Stop Child Labour Coalition in seven countries.