Bengal: 3 Months After Amphan, Victims in North 24 Parganas Yet To Get Compensation

Many people The Wire spoke to alleged the disbursal of compensation is riddled with mismanagement and corruption. 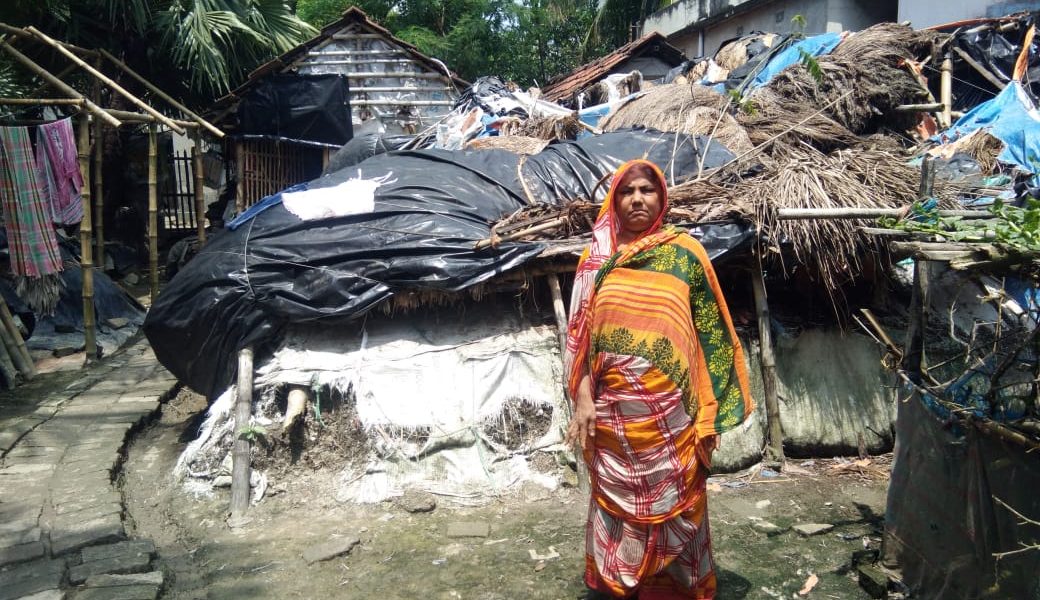 Kolkata: On the evening of May 20, Amphan – the first super cyclone to form in the Bay of Bengal since 1999 – made its landfall in West Bengal’s Gangasagar Island. Within a few hours, the cyclone battered nine districts but particularly wrecked Kolkata and two adjoining districts—North and South 24 Parganas.

Ten days later, the West Bengal government announced a relief package of Rs 6,250 crore. Initially, house building assistance of Rs 20,000 was provided to five lakh families. In another scheme, the state government announced to offer Rs 1,500 per acre to farmers from cyclone-affected districts.

The first tranche of the relief was released on June 2. But soon after, reports of rampant mismanagement and corruption started coming in.

Anup Das, from Chamapukur gram panchayat of Bashirhat II block, has not received any monetary compensation from the government. Das is a daily wage labourer and has not had any income since the nationwide coronavirus-induced lockdown was imposed in March.

When The Wire visited Das’s village three days after Amphan struck Bengal, his entire house was destroyed. The only remnants were a brown almirah with broken pink doors, a large trunk, a floor mat, and a few clothes, all of which were out in the open. 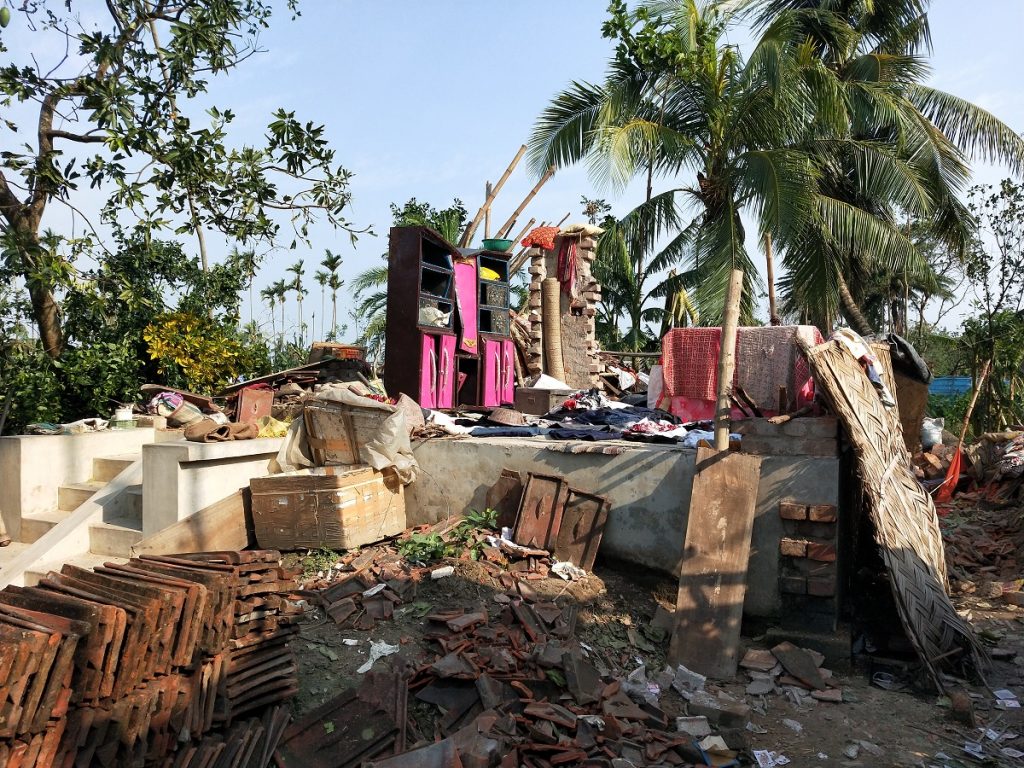 Three months later, Das’s life has hardly changed. He received a tarpaulin sheet and a pack of ration kit a few days after the cyclone. “We are somehow managing with tarpaulin, how long can we stay at my neighbour’s house? I hardly have any income now, so there is no way I can repair the house.”

“I went to a panchayat member’s house several times and requested some help. She (the member) took my documents but I haven’t received a single penny,” Das said.

Das claims that he wasn’t compensated because he was never involved in the Trinamool Congress’s (TMC’s) activities. “I never attended any rallies and meetings, so the panchayat member is now taking revenge by not helping us,” Das said.

The Wire visited at least seven villages falling under the Basirhat Uttar and Hingalganj assembly constituencies. Many residents complained that relief compensation is provided only to people who are supporters of the ruling dispensation.

Rafikul Islam Mondal, the CPI(M) MLA from the Basirhat Uttar assembly segment, also claimed there was gross mismanagement of relief compensation. “The government has given the responsibility of distribution to the BDO (Block Development Officer) and in turn, the BDOs asked the panchayats to prepare the list. So this favouritism has crept in. Many genuine victims haven’t received a single penny, whereas people with two-storey houses received it. But I feel the chief minister’s recent intervention could bring in some relief,” Mondal said.

From Chamapukur, The Wire went to Sulkuni village, which comes under the Hingalganj assembly constituency. We spoke to at least 15 families and each one of them complained about corruption and gross irregularities in relief distribution.

Lata Mondal (name changed), who was a labourer in Pune, came back to her native village days before the lockdown was imposed in March. She was staying at her father’s place, which was severely damaged by cyclone Amphan. Since then, she and her daughter have been living at a rented house 12 kilometres away from his father’s house.

Mondal’s father and brother are living out of a makeshift structure made of tarpaulin and haystack on the embankment. Mondal complained that her father has not received ‘a single paisa’ as assistance from the government. “Three times we have submitted documents to the panchayat people, but didn’t get any help,” Mondal said. 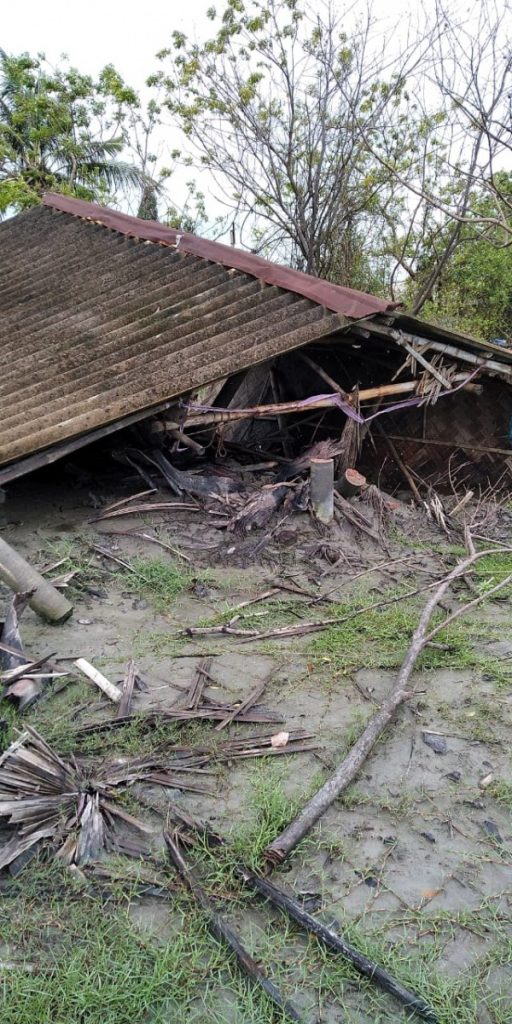 Mondal requested The Wire not to reveal her identity fearing a backlash from the ruling party. Many people The Wire spoke to requested that their identity be protected, fearing retribution.

Speaking to The Wire, a local school teacher, who didn’t want to be named, said, “Many families are living without any financial assistance from the government. People who are Trinamool supporters received Amphan compensation. In some places, the party people are taking a cut of the money, ranging from Rs 2,000-3,000 from the assistance of Rs 20,000.”

The senior school teacher further opined that in every village under this gram panchayat, there will be cases of irregularities in relief distribution and “rampant” corruption. “The victims can’t even come out and complain, if they do, they will be attacked, their family will be harassed. But there are plenty, you will find mismanagement of compensation in every village,” he said.

Jyotipriya Mallick, minister for food and supplies in the government of West Bengal, who is also TMC’s North 24-Parganas district president, said, “People are getting the compensation. Those who have applied got it. Those who didn’t get it must not have applied or maybe their documentation has problems. Over 8.5 lakh people have already received [the compensation] in North 24-Parganas district.”

When asked why many people are scared to speak to the media because they fear a backlash from the local party men, he said, “These are stories floated by the BJP. We are now used to hearing such stories.”

At Andulpota village of Rajendrapur gram panchayat, the picture was similar. Scores of families were living out of makeshift structures, with no help from the government.

The Wire met 60-year-old Alaya Bibi at the Andulpota village, who lost her husband earlier this year. Two of her daughters are married and she stays alone. Her house crumbled on the night of the deadly cyclone and Bibi doesn’t understand the bureaucratic process of seeking compensation. Neighbours and her younger daughter tried to help, but they have not had any luck yet. “I have given my documents, but no help reached us. About 10 days after the storm, I got a piece of tarpaulin from the panchayat. That’s it.”

Abdul Alim Mondal (name changed) used to run a road-side-fritter shop and lost everything to the cyclone. His house was destroyed and the shop was damaged. But even after running to the BDO’s office several times, Mondal didn’t get any assistance. “Since the lockdown, there was absolutely no income. On top of that, we lost our house and shop in this storm. How can we stand on our feet if the government doesn’t help us?” asked Mondal. 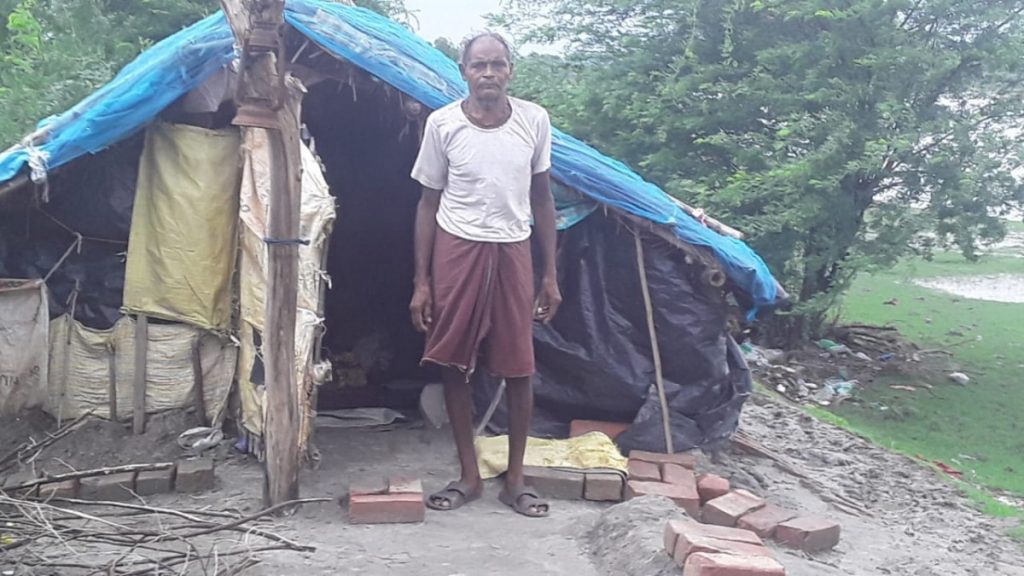 On July 15, speaking to the press from the state secretariat, CM Mamata Banerjee said almost 99% of victims who lost their homes to Cyclone Amphan received relief from her government. She acknowledged that initially, some ‘mistakes’ occurred in a few places as the administration tried to fast-track the compensation distribution process. “There will be no compromise. Nobody has the authority to deprive the victims of what they should be getting,” Banerjee said.

However, an investigation by the Indian Express revealed that there were irregularities in preparing the list of beneficiaries, misappropriation of relief materials, and nepotism and political favouritism played a role in the disbursal of funds at panchayat-level institutions.

Three months later, The Wire observed similar trends in the seven villages it visited in the North 24 Parganas district.