Watch: 'Save Lakshadweep', the First Protest to Save the Island from Hindutva Politics

The proposed changes by the island's new administrator have the potential to erase the character and identity of the island, which is predominantly inhabited by tribals and Muslims. 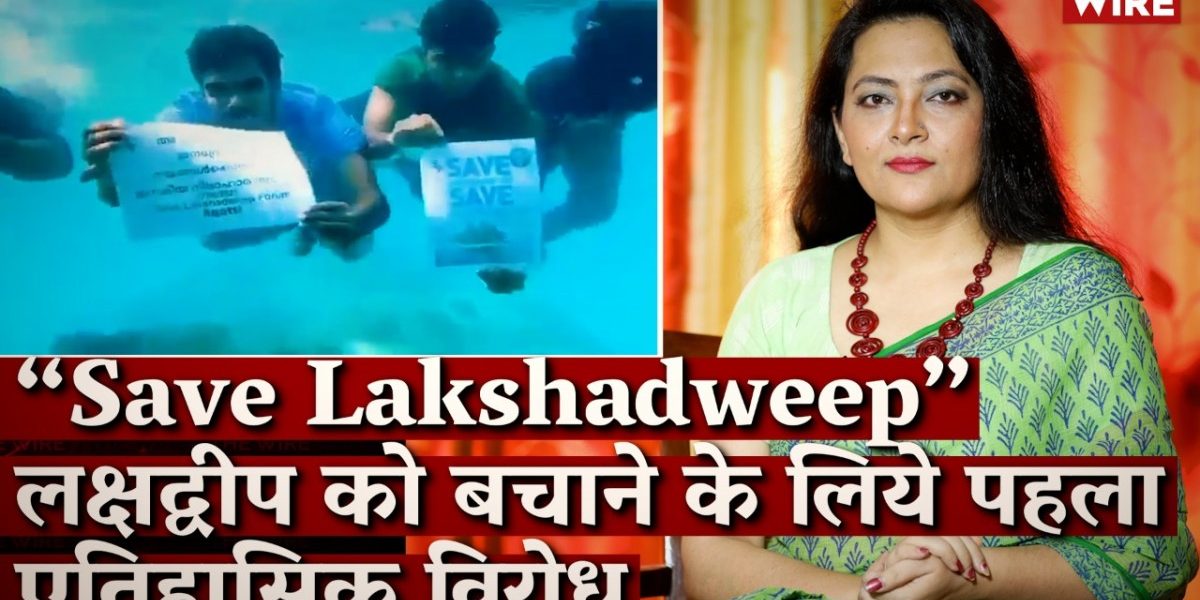 The Narendra Modi government through its new administrator Prafulla Khoda Patel has stepped up efforts to change the character of Lakshadweep, which is predominantly inhabited by tribals and Muslims.

Employing the same trope of ‘development’ that was used in Jammu and Kashmir to downgrade its semi-autonomous status, the BJP government, through its politics of saffronisation, has been blatantly pushing its Hindutva agenda in the island, which has a population of little over 64,000.

Some of the key changes which the new administrator wants to bring into effect are forced land acquisition, a law to allow for long preventive detention, a beef ban, lifting restrictions on the availability of alcohol, and a law to restrict those with more than two children from contesting in Panchayat polls.

Democratic voices and protestors, who mobilised under Save Lakshadweep Forum, say that the proposed changes will certainly change the character and identity of the island, besides causing irreversible damage to the fragile ecosystem there.

Several people from the island and from other parts of the country who are linked to Lakshadweep have been holding a novel form of demonstrations to impress upon the Central government to roll back proposed changes.

To discuss the proposed changes, their impact on Lakshadweep and protests, The Wire‘s Arfa Khanum Sherwani speaks to Wajahat Habibullah, former administrator of the island; Dr. Sabiq, coordinator of Save Lakshadweep Forum; and Dr. Ayshabi, a protestor.