The High Power Committee observed that the alarm system at the plant was not used despite there being a total of 36 activation points. 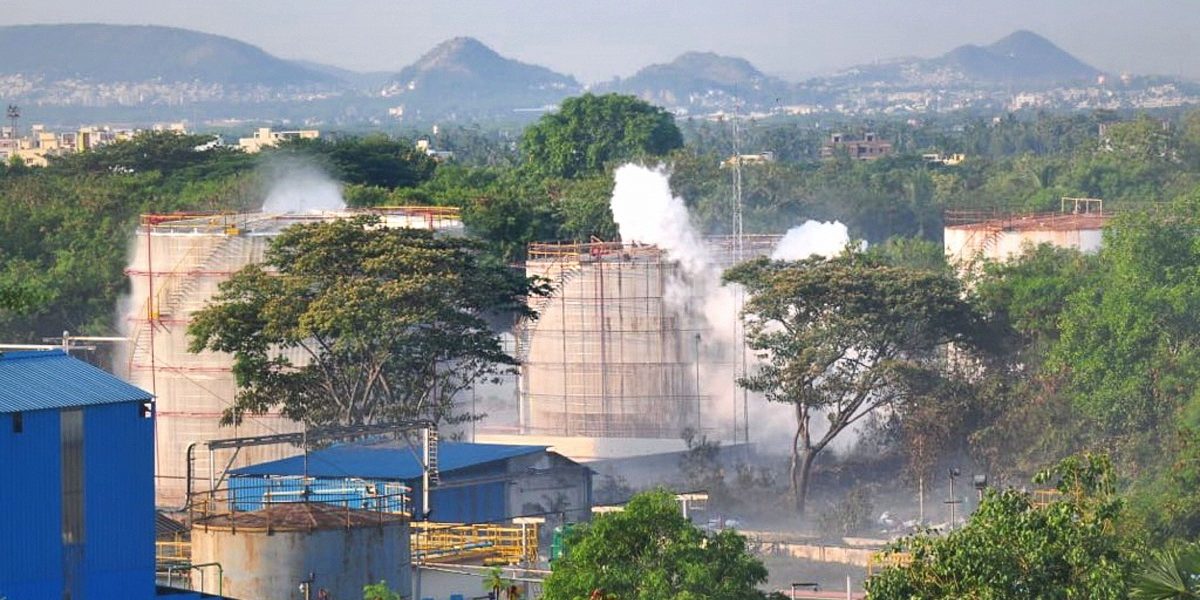 Vapour billows out from LG Polymers industry after a major chemical gas leak in Visakhapatnam, May 07, 2020. Photo: PTI

Amaravati: Poor safety protocols and total breakdown of the emergency response procedures were the root causes of the styrene vapour leak in LG Polymers unit at Visakhapatnam on May 7, in which 12 persons were killed and 585 others fell sick, the High Power Committee (HPC) constituted by the Andhra Pradesh government said on Monday.

Citing multiple inadequacies on the part of LG, the HPC faulted the “slackness of management” for poor safety protocol, poor safety awareness and inadequate risk assessment response that aggravated the situation.

The special chief secretary explained the salient points of the report at a press conference on July 6.

“The accident occurred due to uncontrolled release of styrene vapour from the M6 tank at the LG plant, which qualifies as a major accident under the Manufacture, Storage and Import of Hazardous Chemicals Rules, 1989. Poor design of the tank, inadequate refrigeration and faulty cooling system, absence of circulation and mixing system, poor process safety management system and total breakdown of the emergency response procedures were the root causes of the accident,” the HPC pointed out in its report.

The HPC noted that the LG staff lacked sufficient knowledge about the chemical properties of styrene, especially during storage conditions and that the authorities did not follow the safety protocol during the lockdown period.

The HPC also observed that the factory has “absolutely no stocks of inhibitors and negligible stocks of terminators”, which could have been used to minimise the impact of the accident, if not neutralise it.

“The temperature in the tank rose substantially. It was a tank with small vents. The rise in temperature caused the styrene liquid to eventually vaporize and increase the pressure,” it noted.

The committee also observed that the alarm system (at the plant) was not used despite there being a total of 36 activation points, including one at the factory gate.

Using the alarm could have alerted the people in the vicinity (from the impending danger), it added.

A release from the Chief Minister’s Office later said the chief minister said the HPC report would serve as a guide to avert such mishaps in the future.

“If necessary, we will make necessary amendments to the existing laws. Also, based on the HPC recommendations, industries should be classified into green and white and relocated far away from residential colonies so that people do not suffer,” the chief minister said.

He asked the departments concerned to chalk out a foolproof action plan and protocols in this regard.