The young man with his whole life ahead of him should ideally have been using his waking hours studying or earning a decent living. Instead, like millions of others, he spends inordinate amounts of time making, viewing and sharing inane, hate-filled videos. 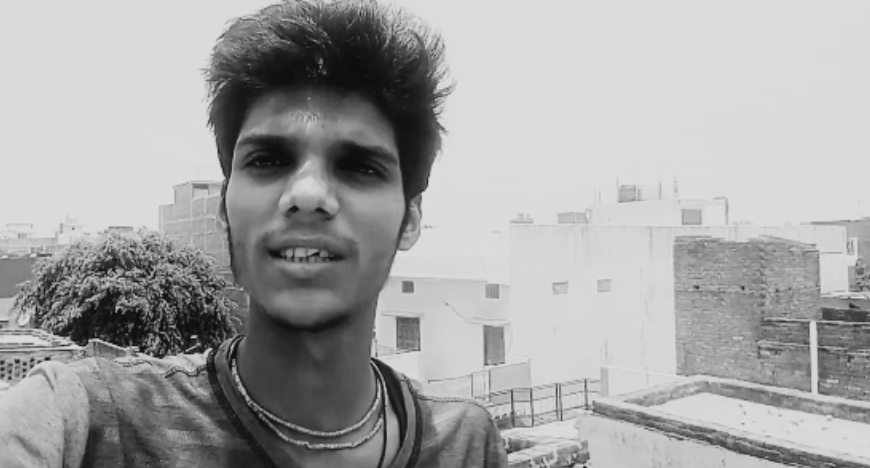 'Vashudev' in a still from the video he shared, calling to boycott Qatar Airways. Photo: Twitter/@@thevashudevIND

Twitter is in splits over a video spoof of Qatar Airways’ CEO, Akbar Al Baker.

The dubbed video shows the CEO expressing mock concern and worry over an Indian Twitter user Vashudev’s call to boycott Qatar Airways. The CEO is shown talking about what went through his mind when the call to boycott the airline came:

“Habibi, I cancelled all my meetings and straightaway flew to Qatar because our biggest shareholder, Vashudev, decided to boycott our airlines from his headquarters which is the terrace of his house. He was having a power cut at that time in his neighbourhood and he made that devastating video. Vashudev is our biggest shareholder with a total investment of six hundred and twenty four rupees and fifty paise. We don’t know how to operate any more. I have grounded all the flights. Our operations is (sic) not running anymore. We are requesting Vashudev to take this call for boycott back….”

The spoof captures the absurdity of BJP right-wing supporters calling for a “bycott” of Muslim countries and organisations who have condemned Nupur Sharma and Naveen Jindal’s derogatory remarks against the Prophet.

But it also ends up mocking the poverty of millions of Indians. It is obvious that the young man, possibly in his late teens or early twenties is not from an affluent family. For all we know, there probably was an actual power cut at the time he was filming this.

The spoof video and Vashudev’s original appeal to boycott Qatar Airways have garnered over a million views each and both are being retweeted by the thousands. Vashudev has undoubtedly become a minor hero today in the Indian right-wing universe, just as he has also become the butt of jokes in richer, more affluent liberal circles.

And therein lies the tragedy of the generation of young Indians that Modi has let down so badly.

Unable to rise economically in a system that panders primarily to crony capitalists and ignores the long-term wellbeing of the poor, millions like Vashudev have now been hoodwinked en masse into channelling their anger and frustration into hate campaigns against minority communities.

In his video, the young man is condemning Qatar for giving artist M.F. Hussain a place to stay, who he says ‘insulted Maa Durga and Maa Sita.’

As I scroll down Vashudev’s Twitter feed, I see it is full of anti-Muslim invective and pro-Hindutva memes. It is obvious that Vashudev has received his education and world-view from what primetime host Ravish Kumar calls ‘The WhatsApp University’ – an online ecosystem that has relentlessly and systematically injected hate and misinformation into the bloodstream of Indian society and turned young men like Vashudev into willing warriors and foot-solders for what Sardar Patel called ‘the mad idea of a Hindu Rashtra.’

Simply put, Vashudev is a product of eight years of Modi’s misrule. He is also one of its poster boys. The young man with his whole life ahead of him should ideally have been using his waking hours studying and/or earning a decent living. Instead, he, like millions of others like him, now spend inordinate amounts of time making, viewing and sharing inane, hate-filled videos.

For many years, I worked as a counsellor with adolescents and young men in Delhi’s Tihar Jail. This was back in the 1990s and I wasn’t much older than the inmates I was working with at the time. As I met with them every week, I realised that the vast majority of these young people had five things in common:

But, now incarcerated, they finally had time on their hands to think about their lives and deeds. I remember the surprise many of them expressed when my counsellor colleagues and I told them that it is possible to resolve conflicts without violence, or that it is better to let go of a grudge, because a feeling of revenge is like acid which will do more damage to the container in which it is stored than it will to the object on which it is poured. These simple, basic concepts which should be the foundation of our lives were news to most of them.

I have lost track of the number of teenagers and young men who told me, “If only someone had told us this earlier, perhaps we wouldn’t be in jail today.”

As I look at Vashudev’s video, I can’t help but recall that lament. If only India had had a wise and visionary leader these past eight years. The much-touted demographic dividend would not have been squandered as pitifully as it has been. I don’t know what Vashudev does, but instead of standing on his terrace making videos about Qatar Airways, he could well have been gainfully employed, maybe even working with an airline, perhaps even becoming a pilot.

Instead of giving employment and opportunities to millions of India’s youth, the BJP government and its allies have, over the last 8 years, succeeded in turning an alarming number of them into a bigoted, unthinking mob.

The Prime Minister, his party, and his supporters have a lot to answer for.