The homes of 250 people staying in the Sujabad area have been cleared as part of the 'beautification work' ahead of the prime minister’s visit on November 30. 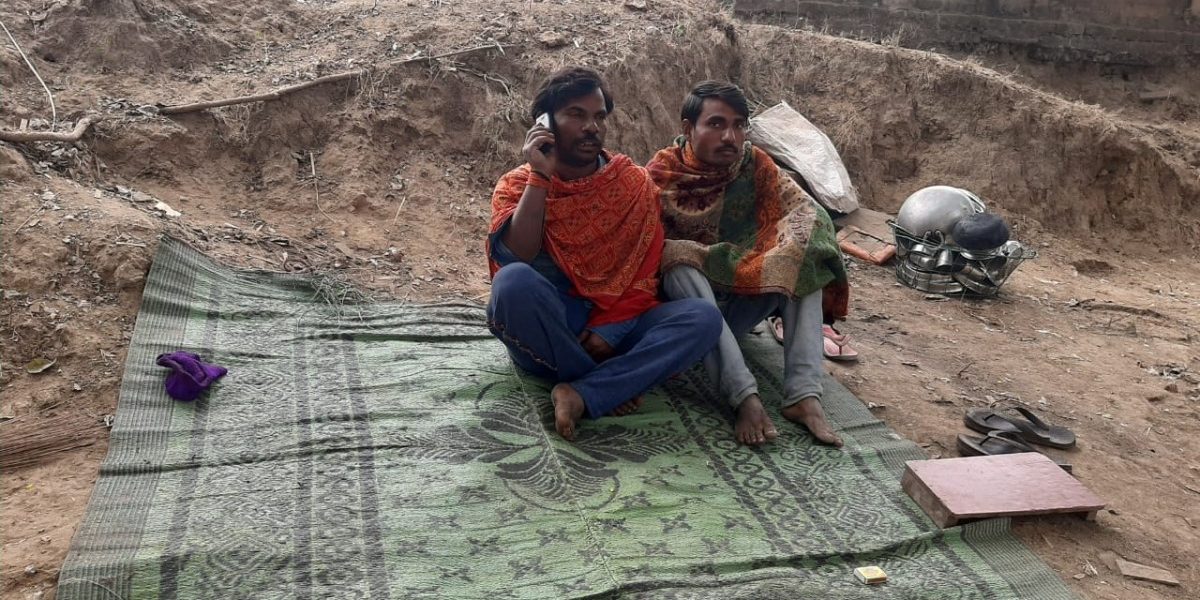 The homes of residents of a slum in the Sujabad area of Varanasi were demolished. Photo: By arrangement

New Delhi: Prime Minister Narendra Modi’s visit to his constituency Varanasi on the occasion of Dev Deepawali has turned out to be a nightmare for around 60 families, all of whom have been living in a make-shift slum for almost five decades. Their shanties have been demolished ahead of the prime minister’s visit.

This is the second occasion in which the 250 people staying in the Sujabad area, across the river Ganga where the prime minister’s helicopter is supposed to land on November 30, have been displaced this year. Earlier in February, they had to face the same bureaucratic insouciance when Modi visited Varanasi to unveil the statue of Deen Dayal Upadhyay, Rashtriya Swayamsevak Sangh’s ideologue and founder of the Bharatiya Jana Sangh, the forerunner of the Bharatiya Janata Party.

Most of these people belong to the Dharkar or Bansfor community of Dalits, and have been living in the slum cluster ever since they remember. Over the years, a majority of them have been making and selling bamboo products, especially baskets and hand-held fans.

“I was born here. My voter identity card, Aadhar, are all registered here. Yet, each time any VIP movement happens, the police first cracks down on our tenements without giving any notice,” Ramvilas*, a resident of the slum, told The Wire. 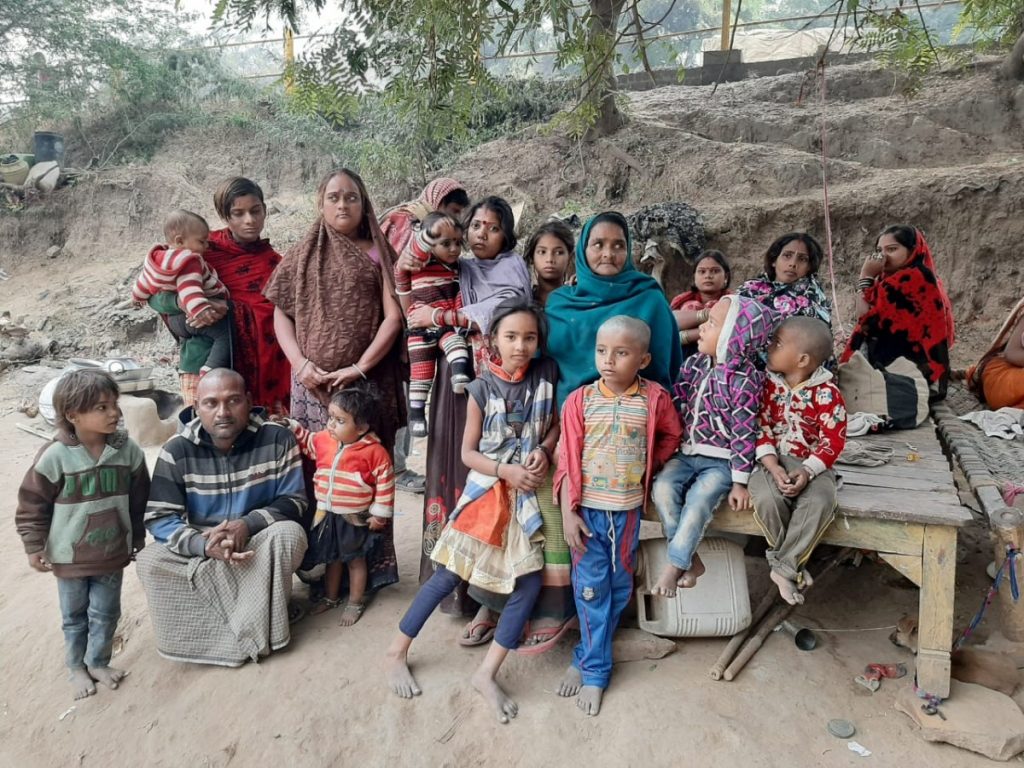 The homes of residents of a slum in the Sujabad area of Varanasi were demolished. Photo: By arrangement

“We live at the mercy of the police. This is the second time our huts were demolished by a bulldozer. But we weren’t given any place to live,” he added.

Ever since their homes were destroyed, residents of the slum have been living in the open. “We have been left to battle the cold. Some of us have moved to nearby villages or neighbouring temples. Some of us have put our beds here only. We do not have anywhere to go,” said Reshmi*, a 60-year-old who alleged that the local police destroyed her vegetable cart which was the only source of her income.

The slum falls in the Dumri-Padav helipad road, and as a result, every time the prime minister lands here, their homes were demolished by the authorities.

The local political leaders and authorities haven’t stood by them too. “The pradhan here doesn’t listen to us. He comes to us only when he needs our votes. The local police officials come here only to threaten us, beat us. The officials too never met us. I just want to ask if we are supposed to move out of the prime minister’s way, we should be rehabilitated,” said Ramvilas.

That is precisely the problem, Saurabh Singh of the Inner Voice Foundation, a non-governmental organisation working on issues of health and sanitation, said.

“We have appealed to all the authorities here to rehabilitate them in case they are displaced. But no one has ever met us. The sub-divisional magistrate gave us an appointment one day but didn’t meet us. We have written multiple letters to the district administration, but got no response,” Singh told The Wire.

Singh’s organisation highlighted the issue of the displacement of these 250 people but they were not rehabilitated. The authorities even then refused to meet the residents, Singh said.

“We have been providing them with ration during the pandemic. Their conditions had worsened during the lockdown. In February, when they were displaced because of the PM’s visit, they were forced to stay in a nearby temple. Both the police and the district administration refused to cooperate with us. Our demand is simple. There should be a survey of their land and they should be rehabilitated,” Singh said.

Singh said that such is the administration’s insensitivity that on both the occasions the 50 families were evicted, the officials didn’t even think it fit to send them a notice.

“We never got any notice. The local police officials came suddenly and asked us to vacate the place. They abuse us, they misbehave with women and force us to leave our homes immediately. How are we supposed to make arrangements?” asked Reshmi.

Athira Murali, a Pune-based social activist working with Inner Voice Foundation also concurred, the Supreme Court has strict guidelines on forced eviction – especially during COVID-19 pandemic. Those guidelines were also not followed in this issue. “We have knocked on the doors of all officials for help regarding rehabilitation. We did not receive any response or action. We are clueless as to why they are unwilling to help these poor people. There are so many infants, kids, disabled people and senior citizens who keep falling ill in this freezing weather. Our only request to the administration is to heed their voices and provide the families with alternate land to live,” she said.

Singh said that the residents live in abysmal conditions. “Most of them do not have any toilet facilities. Thus, they defecate in the open. There was one hand pump. Even that was uprooted by the district administration.”

“They continue sleeping in the open and cover themselves with plastic sheets whenever it rains. Small kids frequently get drenched and catch a fever. Girls and the elderly are facing inhuman conditions and living circumstances beyond words. They have Aadhaar, voter cards but they belong nowhere. The local authorities fail to help and often try to shoo them away,” said Singh. He also informed the district magistrate about the condition of the slum but there has not been any improvement. 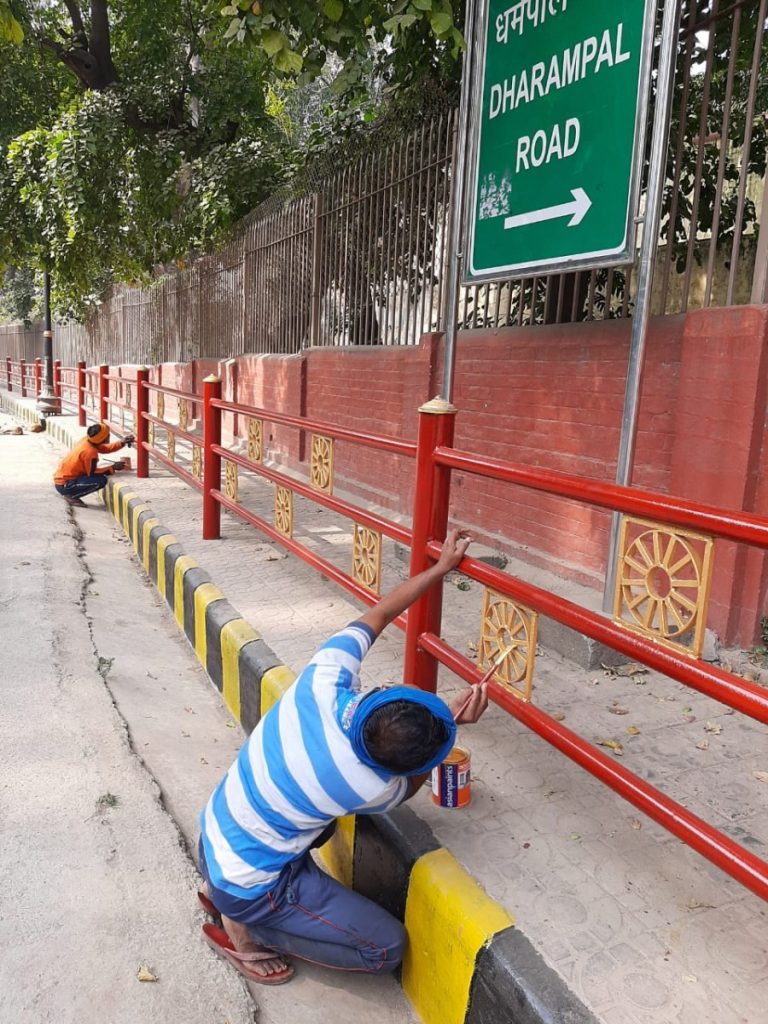 Beautification work ahead of the prime miniser’s visit. Photo: By arrangement

As the slum is located close to the Ganga’s bank, some of the residents said that sand mining groups have also expressed their interest in “acquiring” the land.

“Around 5,000 people have been employed to clean up the city ahead of the PM’s visit. But these people [residents of the slum] did not get even a fraction of the administration’s attention. Such is the level of insensitivity,” said Singh.

*Names of the residents have been changed to protect their identity.