In a video shared by journalist Kanwardeep Singh, 22-year-old Pinki can be heard saying that she lost her child after being given successive injections. 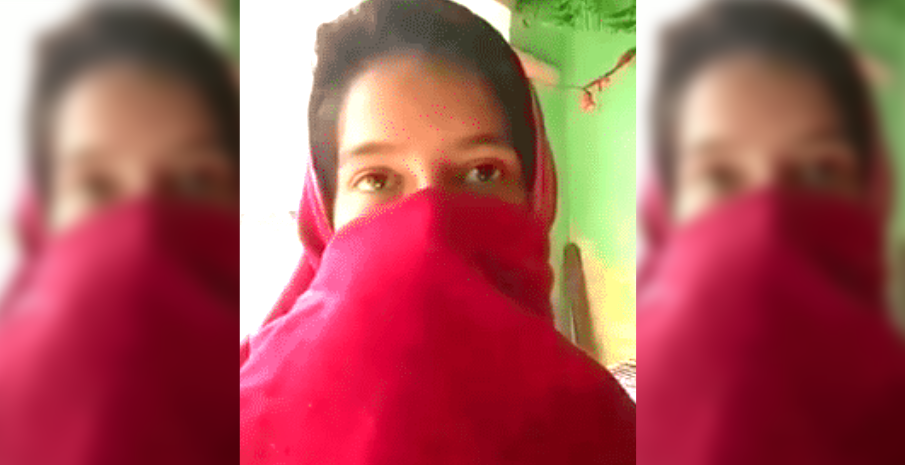 New Delhi: The Moradabad woman whose husband was held under the newly passed ‘love jihad’ law in Uttar Pradesh has held that she has indeed suffered a miscarriage after having been moved to a shelter home by authorities, amidst claims by police and doctors that the foetus she is carrying is fine.

In a video shared by Times of India journalist Kanwardeep Singh, 22-year-old Pinki – who became Muskan Jahan after converting – can be heard saying in Hindi that she was tortured at the women’s shelter.

Uttar Pradesh police arrested her husband and brother-in-law under he Uttar Pradesh Prohibition of Unlawful Conversion of Religion Ordinance, 2020, on December 5 and took her to the shelter on the same date.

“For three days, I felt an ache in my belly. They did not pay attention. When my condition grew worse, they took me to the hospital. The doctors gave me an injection. I started bleeding heavily afterwards and they gave me medicines and injections then. Yesterday, I gave my statement at the court. Afterwards I began feeling worse. I have suffered a miscarriage…I was given the injections, then I suffered the miscarriage,” she is heard saying.

According to Indian Express, the hospital she was taken to was the Mahila District Hospital at Moradabad.

When the unseen reporter asks her if she believes that medical neglect has caused her miscarriage, she says, she does. “I have given injections, which caused heavy bleeding. On the evening of December 11, I was given an injection, which caused light bleeding. Two days later, I was given four injections and medicines, after which I was got significantly worse and bled more. The bleeding never stopped,” she said.

Moradabad love jihad case: Woman says that she has suffered miscarriage. She wants her husband and brother-in-law to be released by @Uppolice @Benarasiyaa pic.twitter.com/xJ80d3kIrU

In the video Pinki is also heard pleading for the return of her husband, Rashid Ali, and brother-in-law, Saleem, who was also arrested. “I got married on July 24 of my own volition. This is the sixth month of my marriage, we were married at Dehradun’s ISBT…Azad Colony.”

Also read: UP: Husband Arrested Under ‘Anti-Conversion’ Law, Woman Allowed to Go Back to His Family

News of Pinki’s alleged miscarriage was first reported by the British newspaper, The Telegraph. To the paper, Pinki’s in-laws had alleged that the Nari Niketan shelter at Moradabad was responsible for giving her an injection to abort the baby.

The paper quoted Pinki’s mother-in-law as having said that her son, Rashid, had met Pinki while working as a hairdresser in Dehradun. He had recently found work in Moradabad. The report said that Pinki, “who had taken the decision to convert to Islam and adopt the name Muskan before her marriage in July – soon fell pregnant, much to the delight of her mother-in-law.”

However, Dr Nirmala Pathak, Acting Chief Medical Superintendent of Moradabad Mahila District Hospital, where Pinki was examined, told Indian Express that the foetus could be seen clearly in her ultrasound report and appeared to be fine. “We have decided to go in for a trans-vaginal ultrasound scan to get a more accurate condition of the foetus,” Pathak told the paper.

India Today quoted the chairman of the Child Protection Commission in Moradabad, Dr Vishesh Gupta, as having said that reports of the forced abortion and miscarriage were “fake” and that Pinki did not suffer a miscarriage.

Pinki returned home on Monday, December 14, after telling the magistrate that she would like to continue her marriage with her Muslim husband.

Pinki’s statement to the magistrate will be further scrutinised for details and legality, according to Uttar Pradesh Police.

The case against Rashid was the fifth to be lodged in Uttar Pradesh since the anti-conversion ordinance became a law on November 28. Four other BJP-ruled states are in the process of bringing similar laws on the basis of ‘love jihad’ – a term coined by the Sangh Parivar and until now unrecognised by any legal system in India.

In successive reports, The Wire has pointed out instances where Adityanath’s own administration has failed to gather irreversible proof that such a campaign of forcible conversions into Islam exists.