'Kambalchor Sarkar': Why UP's Crackdown on Protesters Is Unparalleled

The government's capability of extreme violence and overt discrimination, through abuse of bureaucratic procedure and law, means it cannot simply be called 'authoritarian' or 'goonda raj'. 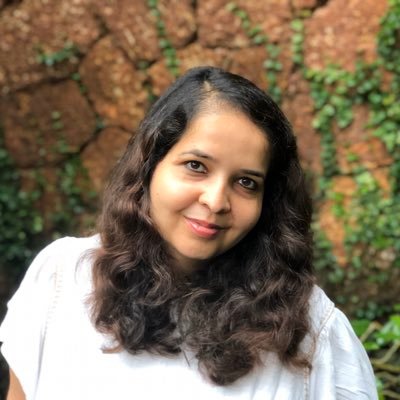 It is by now amply clear that an unprecedented level of violence against anti-Citizenship (Amendment) Act (CAA) and National Register of Citizens (NRC) protesters – primarily Muslims – was unleashed in UP in December 2019-January 2020. A number of fact-finding missions, reports, and even a people’s tribunal have established some basic facts: at least 23 people have been murdered by the state, hundreds of others – including minors – have been tortured and imprisoned on fabricated charges, and there is a continuing and widespread suppression of fundamental rights in the state, particularly with respect to freedom of speech and expression.

A breakdown or collapse of law and order is how the situation in UP is being commonly described. Rather than relying on stereotypes of breakdowns/collapses or absences of legality, I want to highlight the role that law and the spectre of disorder are playing in the creation of a dangerous state form. One in which the law is being perverted, deliberately misread, and instrumentally used to lend a legal hue to unconscionable actions by the state.

How does one describe such a state of affairs? Authoritarianism, majoritarianism, fascism, goonda raj, Gujarat 2.0, have all been pressed into service to understand contemporary UP. These terms to refer to the state all have benefits and in, one way or the other, are accurate but they do not, to my mind, fully capture the local flavour of UP under chief minister Yogi Adityanath, especially the peculiarities of the instrumentalisation of law and abuse of bureaucratic procedure that is a central aspect of this current regime. Furthermore, these terms don’t grasp the deeply affective relationship that subjects profess to have with the Indian state; an entity which is often personalised and referred to simply and reverentially as ‘sarkar’. 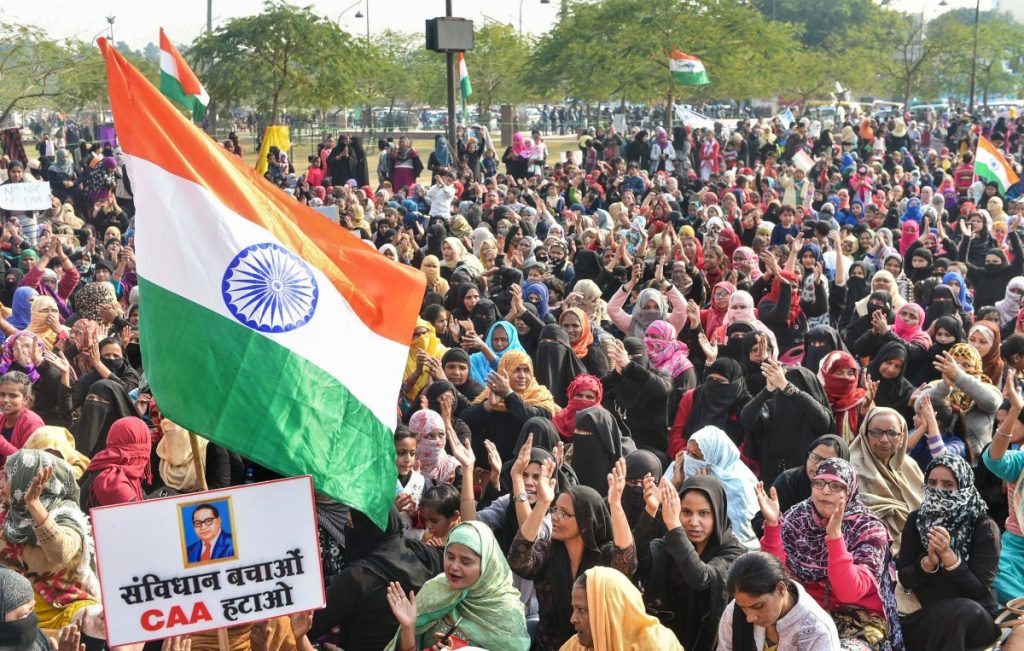 The kambalchor incident of January 18 2020 perfectly exemplifies this new form of (mis)governance. Several women were protesting around Ghanta Ghar in Lucknow late into the chilly wintry night. Video footage shows the UP police turning up and snatching blankets and food items away from them, even while the protesters were left crying “police chor hai” in the background.

As if snatching blankets away from peaceful protesters in the dead of a winter night was not bad enough, the kambalchor police then put out a tweet claiming that this kambalchori was done “in a legal way” and after “due process” had been followed. The tweet ended with the UP police entreating (read: threatening) the people to not spread false rumours. The tweet-message can only be read as a form of gaslighting by the state. After indulging in illegal and unethical practices – there is no ‘law’ that allows the stealing of blankets from peaceful assemblies; no bureaucratic procedure that makes this somehow legitimate – the police has the brazenness to claim due process and even reprimand people for supposed misinformation.

The theft of blankets is probably the most benign act undertaken by UP police against protesters in the recent past. Yet, this ludicrous event does demonstrate in a highly context-specific manner, what sarkar is like in UP at the moment. Through its very absurdity, it shines a light on the defining feature of the kambalchor sarkar: a perversion and instrumentalisation of law and bureaucratic procedure, where the stratagem of “due process” can be applied to situations ranging from blanket thievery to the downright illegal arrests, torture and detention of individuals, to the deployment of sarkari intimidatory tactics such as the mass filing of FIRs against anyone who dares question UP sarkar. 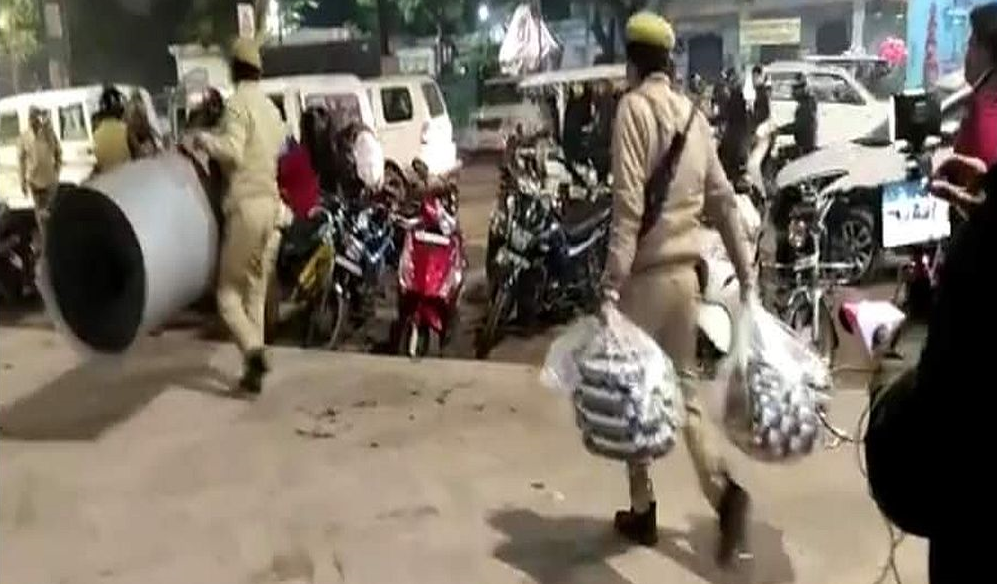 A screengrab from a video showing UP police snatching blankets, food from protesters.

The elements of a kambalchor sarkar

What allows for such a state form to exercise power? How, in other words, does the foundational project of brutally suppressing dissent and systematically attacking Muslims and other marginalised communities such as Dalits get executed?

This is not as straightforward as it might appear. Not least in a state which is the gargantuan size of UP with its attendant diversity and ramshackle governance system. The role of political ideology – Hindutva – as well as hate speech by prominent political leaders – the CM himself saying he will extract ‘revenge’ – is self-evident. So too is the absence or weakening of a local press that could accurately report on the events as they unfold. In addition, several factors have coalesced together to allow for the establishment of the kambalchor sarkar, of which centralisation of power in the hands of an increasingly authoritarian CM and the diminishment of the autonomy of other institutions of state power – especially the police and district administration – are absolutely central.

It is not, then, just the existence of a partisan CM – though that is an essential aspect of such a state form – but wider structural aspects that need to be considered. We know from the historiography and anthropology of riots and communalism in UP and India more generally that such episodes of violence against a targeted community cannot and do not happen without state abetment. This can take many forms, ranging from ‘looking away’ while the violence is on-going to subtly inciting it and even actively participating in it. Much of this happened in what can be called extraordinary moments of violence such as in 1984 after the assassination of Indira Gandhi or 1992 after the demolition of the Babri Masjid. What the state in UP is doing in recent times is not just actively participating in flagrantly anti-Muslim acts, but also doing so over a sustained period of time through the use of its own police force and even recruiting local ‘friends’ – police mitra – to aid them in doing so.

The temporality of the violence, as well as its objective, are changing in UP. It is not merely episodic with the aim of, for instance, polarising the electorate before an election or wreaking retribution for an assassination. Rather, there is an institutionalisation – within the state apparatus itself – of constant discrimination and violence. Undeniably, structural violence against minorities like Muslims and Dalits has existed in UP for a long time, but there is a visible sharpening and deeper entrenchment of overt discrimination, as evidenced in the recent testimony of activists like Sadaf Jafar and the witch-hunting of Kafeel Khan.

The kambalchor sarkar builds upon colonial era laws like Section 144 and policing practices that excel in torture. A new language is also being crafted by it with terms like police mitra and ‘recovery of funds’ from (who else?) Muslims for putative damage to public property, which is nothing but a sarkari euphemism for extortion. Hundreds of individuals have FIRs lodged against them – again a profound perversion of state procedure – for acts that can involve quite simply stating that they are opposed to the CAA to even just being students of a university, as happened in AMU. At the same time, as the kambalchor sarkar builds upon a long history of bureaucratic state violence in India, it is also creating its own new phrases and processes. The control of formidable new technologies for surveillance and control is only aiding the development of this new state form. These range from jamming the internet and cutting off mobile phone coverage, to closely monitoring social media, to themselves utilising WhatsApp to spread misinformation and incite violence.

It is, ultimately, impossible to come to grips with the kambalchor sarkar of UP without understanding the complete surrender of the civil administration and the police to the will of the CM. Recently, I asked several retired IAS officers of the UP cadre what differences do they see in the state now from the time they served as district magistrates (DM) from the 1970s up until the 1990s. While there were several answers to this question, there is one point that they all agreed upon: that the CM now directly controls the district police in a manner they did not do earlier. Till the early 2000s, the CM was barely aware of even the names of the SPs in districts and the up keep of “law and order” was left to the DM and the police. In other words, what existed then was a more decentralised form of governing the state compared to the present scenario whereby the CM and his/her aides – of whichever party – keep an active eye on the goings-on in districts.

The abject surrender of the bureaucratic apparatus of the state to their political masters has been many years in the making and is not the doing of any one political party or CM alone. There is a long history to this erosion of relative autonomy of the executive, but it has been accelerated since the 2000s. The result is that we now have a bureaucracy in UP that lacks collective action and an ethico-moral sense of its own mission as upholders of constitutional ideals. After all, “law and order” upkeep was historically a primary responsibility of the DM. The fact that we now see it collapsing – but in a recognisable pattern across the state – is also a striking indictment of the actions of this kursi. The reasons for this devastating bureaucratic surrender are many, ranging from an ideological commitment to Hindu majoritarianism and Islamophobia to the greed for post-retirement sinecures or cushy postings to a genuine fear of reprisals. Greater attention needs to be paid not just to the role of individual district officials in the current episode, but also to the historical decline of the relative autonomy of the bureaucracy in UP.

In December 2019, when news of the carnage in UP was slowly tricking out, I asked a retired civil servant – who has served as DM of Muzaffarnagar, Saharanpur and Kanpur and knows a thing or two about the maintenance of “law and order” – what can we do? How does one deal with such a state of affairs? His response on that chilly winter morning has stayed with me: he silently shook his head in despair and buried his face in his scarf. This was an act of a consummate bureaucrat who doesn’t speak too much, especially against the sarkar, but it was also an acknowledgement of many other aspects: that one person alone or even a small committed group cannot make a difference when the entire system is structurally rigged a certain way; that this is the result of decades of state erosion and is going to take much labour – political, institutional, ethical, emotional, analytical – to be repaired, if such a task is even ever possible; and, ultimately, an indication of the fact that the kambalchor sarkar is too terrifying a reality to look squarely in the eye.

Nayanika Mathur is associate professor in the Anthropology of South Asia at the University of Oxford. She is the author of an ethnography of the bureaucratic Indian state, Paper Tiger (Cambridge University Press, 2016).