Dalvi had been given a special award by the Maharashtra Rajya Urdu Sahitya Akademi in recognition of her literary contribution in 2011. 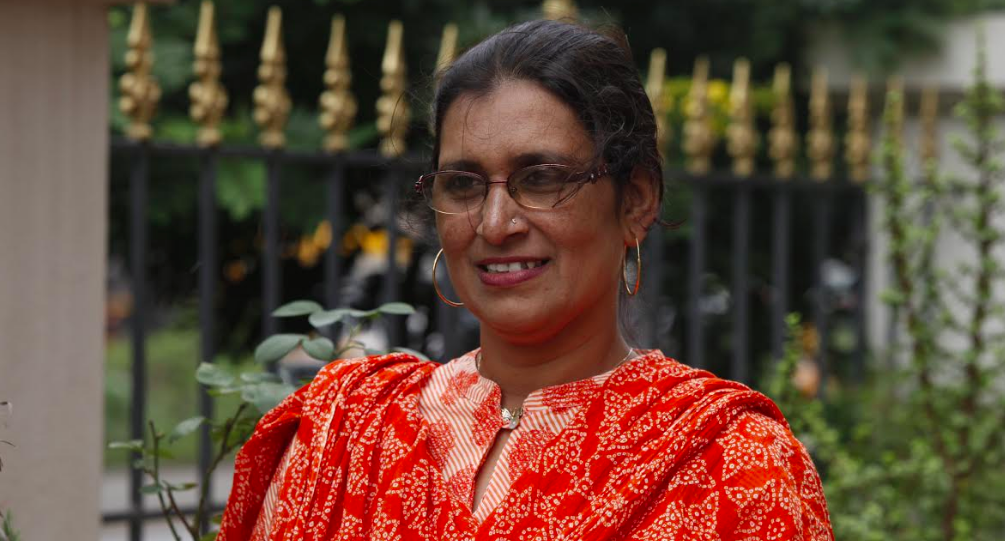 New Delhi: Senior Urdu journalist and writer Shirin Dalvi has decided to return her state Sahitya Akadami Award in protest against the passing of the contentious Citizenship (Amendment) Bill, 2019, by both houses of the parliament.

“I am saddened and shocked at the news of the passing of the Bill,” Dalvi told The Wire. 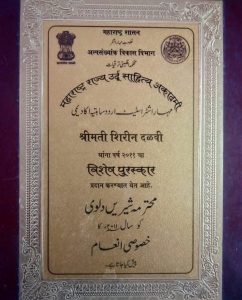 Calling the bill ‘inhuman’, and its passage ‘an attack on the Constitution of India and secularism’, she said, “I am announcing that I will return the State Sahitya Academy Award given to me for my literary contributions in the year 2011.”

On that year, Dalvi was conferred a special award by the Maharashtra Rajya Urdu Sahitya Akademi in recognition of her literary contribution.

A former editor of the Mumbai edition of the Avadhnama, Dalvi further said that she was returning the award to join the voices of her “community and people fighting for secularism and democracy.”

According to Dalvi, ever since the Bill was tabled in parliament, it has been a source of anxiety and discomfort amongst Muslims and the feeling has been increasing day by day.

“And that’s why Muslims are protesting in different parts of the country. We all have to stand firm to protect our Constitution and the Ganga-Jamuna tehzeeb,” she added.

Senior Urdu journalist and writer Shirin Dalvi has decided to return State Sahitya Akadami Award in the protest against #CAB2019 . Following is the message from her.#CAB_नहीं_चलेगा #CitizenshipAmmendmentBill2019 pic.twitter.com/4R7zaIkcZL

Meanwhile, Urdu author and translator Yaqoob Yawar has also announced that he will return the Uttar Pradesh State Urdu Academy Award for translation, which was given to him last year.

“I am saddened by the passing of the CAB. Since I am old and can’t do much in terms of physical protest, I have decided to return the award in protest,” he told The Wire.

Professor Yawar is former head of department of Urdu of the Banaras Hindu University (BHU) and author and translator of nearly 50 books. Last year he was given the Life Time Achievement Award for Translation, which included the prize of Rs 1 lakh.

Earlier, on Wednesday, senior IPS officer Abdur Rahman announced his resignation from service as a mark of protest against the bill. “This Bill is against the religious pluralism of India. I request all justice loving people to oppose the Bill in a democratic manner. It runs against the very basic feature of the Constitution,” he said in his statement released on Twitter.

“I condemn this Bill. As a civil disobedience, I have decided not to continue in the service thus not to attend office from tomorrow. I am quitting the service finally,” said Rahman, adding, “I say sorry to those who want me to continue in service and give justice to deprived people.”

The IG rank officer had appealed to people from Scheduled Castes, Scheduled Tribes, the Other Backward Classes and Muslims to oppose the Bill, as it would harm them the most. “I also request tolerant, secular and justice loving Hindu brothers who have idea of a prosperous and united India to oppose the Bill,” he added.