It is both your right and your responsibility to protest nonviolently. 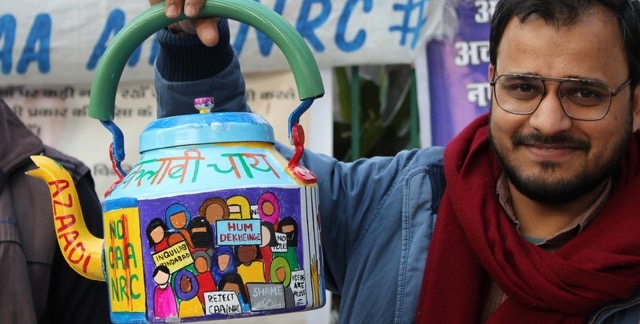 I haven’t always been a protestor. Till about four years ago I was a fairly quiet citizen, going about my work during the day and spending my evenings reading or watching Netflix. Protesting on the streets was for labour union karamchaaris, university students and those with excessive adrenaline, not me.

Let’s be honest, urban Indian professionals aren’t exactly known for being protesters. We don’t hit the streets and we don’t shout slogans. Governments come, governments go, the issues remain, life carries on. Why rock the boat?

All that changed for me in early 2016 when news about “anti-nationals at JNU” “breaking up the nation” exploded onto our TV screens one February evening. I watched the news with a furrowed brow. How was such a thing even possible? How does one “break up a nation” by raising slogans, I wondered. A couple of days later, a friend asked if I wanted to go with him to attend an open lecture on nationalism inside JNU. I agreed although a very loud voice in my head told me I should stay far away from all the muddle.

I am so glad I ignored that voice. For that was the day I realised, probably for the first time, that there exists an entire section of Indian society that takes the idea of secular democracy and the principles of the constitution very seriously. That section of society is called university students. That was also the day I realised just how much most TV channels lie!

What I saw in JNU that day took my breath away. The sight of a thousand students sitting quietly listening to a professor give a talk on the nuances of nationalism changed my perspectives about the university completely. This was not the army of crazed communists spreading sedition that Arnab Goswami and his buddies in the lapdog media were screaming about.

Also read: You Cannot Hate Whom You Know: The Importance of Meeting Anti-CAA Protesters

I talked to as many students as I could that evening. I not only came away with a newfound respect for them, but also a newfound understanding of the importance of protest in a democracy. I have lost count of the protests I have been to since, at Jantar Mantar, Delhi University, JNU, India Gate, Red Fort, Press Club and Mandi House, and now most recently at Jamia Millia Islamia and Shaheen Bagh.

Protests, of course, are only one of the many ways in which citizens in a democracy make their voice heard, but when a democratically elected government starts to run roughshod over its own people, then the time-honoured nonviolent street protest becomes an important medium to remind the government that it exists to serve the people and not the other way round. 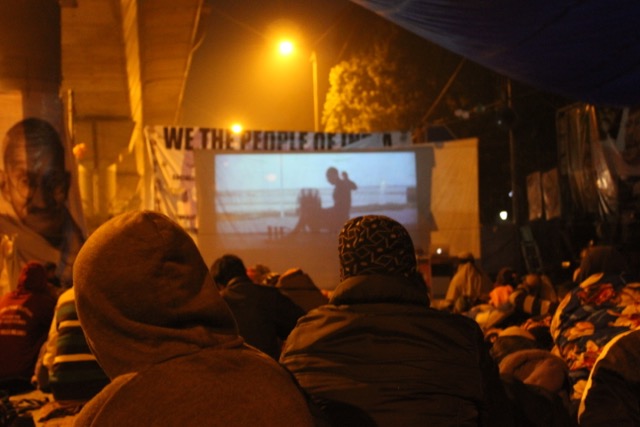 It has been heartening to see the number of people who have come out on the streets over the course of the last few weeks to protest the ruling dispensation’s blatant communalism. At the same time, there are also those who want to come out and join a protest but are a bit hesitant to do so – considering how much the powers-that-be frown upon any form of dissent, this is not surprising. Here is a five-point guide of sorts for those who find themselves in this dilemma. This is by no means an exhaustive list, of course, but enough to get one started:

1. It is both your right and your responsibility to protest nonviolently: The first and most important thing to remember is that, contrary to the BJP’s recent videos, slogans and speeches that have conflated nonviolent protest with disloyalty to the nation, every citizen has a constitutionally granted right to stand up against that which is undemocratic and wrong.

Speaking out against wrongdoing by a government does not make you a gaddar (traitor). If anything, it shows that you care enough for your country to speak up on behalf of those who are being vilified and victimised. Indian society can be deeply conformist and it’s not always easy to put forth an unpopular and opposing opinion, but it is critical to do so in times of such wrongdoing. It greatly helps to remember, too, that independent India is the result of much satyagraha and protest. Our freedom wasn’t handed to us on a platter. Our ancestors had to fight for it.

“We must take sides. Neutrality helps the oppressor, never the victim. Silence encourages the tormentor, never the tormented. Wherever men and women are persecuted because of their race, religion, or political views, that place must – at that moment – become the center of the universe.”

2. Just go. If you feel you should take part in a protest, don’t overthink it, just do it. There is a big difference between somewhat nervous and being an actual coward. A nervous person goes ahead and does what they were afraid of. A coward doesn’t even try. Courage is not the absence of fear, it is the conquest of it. Courage to do comes by doing. Go for that protest. You will be glad you did.

Yes, the situation on the ground does sometimes get tense, as recent attacks on Jamia and Shaheen Bagh have shown, but it’s good to keep in mind that most of the time, a protest is not as scary as it looks on TV. The vast majority of people present have been friendly, helpful and kind at all the protests I have been to – nonviolent and peaceful protests, are, after all, organised by people who want a better and kinder world. However, on a practical note, it is always a good idea to team up and go with someone you know.

3. Simply showing up is enough: You may have no idea what you will actually do at the protest. That’s OK. Just show up, if for nothing else than simply to show solidarity with those who are courageous enough to raise their voices against unjust legislation. You may wonder what difference your presence will make, but it greatly encourages those who are on the frontlines of democracy day in and day out. Also, be sure to verbalise your appreciation for those who have put themselves out for a good cause. It will mean a lot to them. Chances are that you too, will find yourself strangely at peace and at home with those who believe in secular democracy as you do.

4. Once you show up, you will begin to get ideas about how you can uniquely contribute to the effort. You may get inspired to paint a poster, write a slogan or make a video. Or you may feel you can help best by arranging tea and snacks, or by providing other types of logistical support. You may just want to hold up a placard and stand there. Or you may want to stand in the back of the crowd and make a Facebook Live video. There are a hundred ways of being part of a protest, but you will discover your own unique role in it once you are actually on the ground.

5. Keep your protest creative and positive: The most effective protests are often the most creative. From poems, songs and hilarious placards to hard-hitting graffiti on walls and roads, the anti-CAA, NPR and NRC protests have most certainly brought to the fore the incredible creativity of hundreds of thousands of people across India. 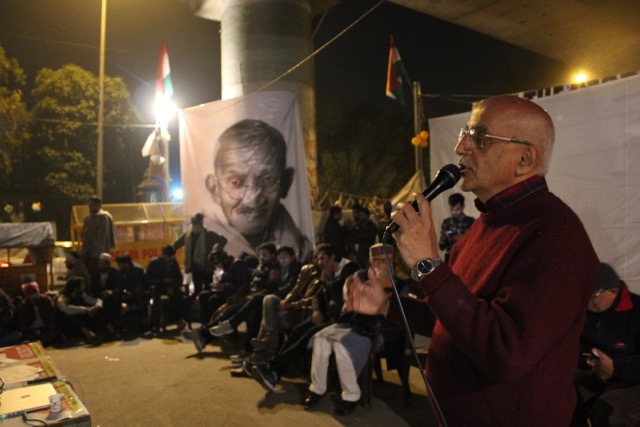 For example, on the night of January 29, on the eve of the 71st anniversary of Mahatma Gandhi’s assassination, a group of students and volunteers hung a huge white screen across one side of the street outside Jamia, set up a movie projector and turned the road into an open-air movie theatre. They then invited students and residents in the nearby area to come and watch a movie on Gandhi. Over 2,000 people showed up.

Also read: How Gandhi turned a 21st Century Classroom Into an Empathy-Filled Community

In a powerful rebuttal of the lie that Muslims are fanatics and look down on other religions, a couple of hijab-clad Muslim students began the evening by singing one of Gandhi’s favourite bhajans, ‘Raghupati Raghav Raja Ram’. Speakers like Harsh Mander and Sohail Hashmi then spoke to the audience about Gandhi’s life, philosophy and commitment to a secular nation where Hindus and Muslims would be equal, and then for the next three hours, over two thousand people watched Richard Attenborough’s Gandhi in rapt attention and silence, and loved it. It was, without a doubt, one of the most beautiful and meaningful protests I have ever been a part of.

Standing up to power and speaking truth to it take time, effort, and energy and always poses an element of risk, but we do well to pay heed to the immortal words of Eli Wiesel, “There may be times when we are powerless to prevent injustice, but there must never be a time when we fail to protest.”