Amit Shah told the parliament, “United Against Hate – the name sounds so pious but look what they advocated. They said, ‘(Donald) Trump is about to come, we should block the streets’.” 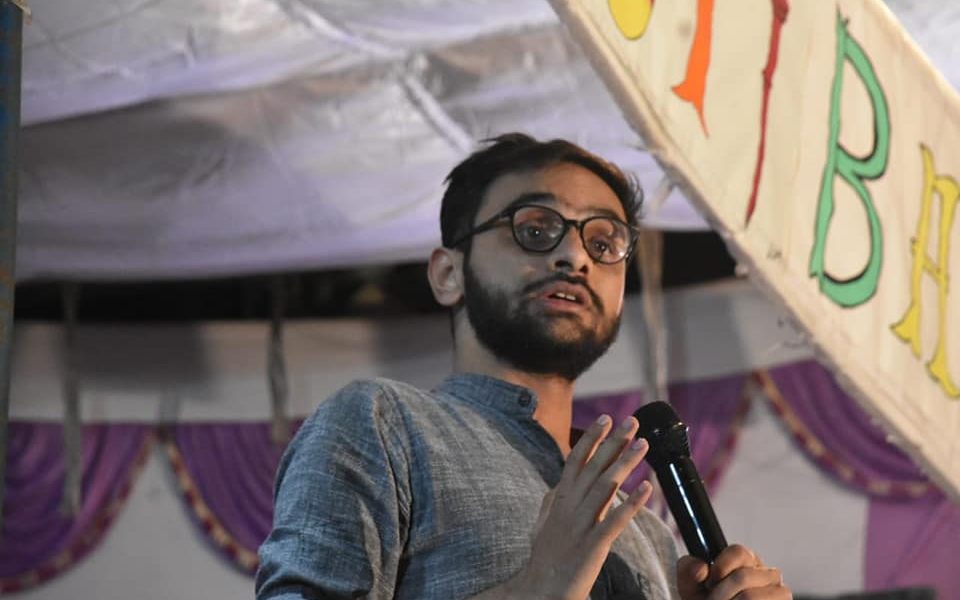 New Delhi: The parliamentary debate on Delhi’s riots saw many Bharatiya Janata Party MPs invoking a speech by the former Jawaharlal Nehru University student Umar Khalid as one of the primary triggers of the communal violence that engulfed the national capital in the last week of February.

From Meenakshi Lekhi to Tejaswi Surya to Union home minister Amit Shah himself, BJP legislators picked on Khalid’s speech to say that his speech that urged people to “block the streets” in protest against the contentious Citizenship (Amendment) Act (CAA) and National Population Register (NPR) while US President Donald Trump was visiting India.

An edited video clip too was also widely circulated in the right wing social media ecosystem in which Khalid, now a part of civil society collective United Against Hate (UAH), is seen making an appeal to people to “come out on streets”.

Umar Khalid, already facing sedition charges, gave a speech in Amaravati on 17Feb, where he exhorted a largely Muslim audience to come out on streets in huge numbers when Trump arrives in India on 24th.

Was the violence in Delhi planned weeks in advance by the Tukde Tukde gang? pic.twitter.com/feUMwpPeKS

Peddling the same line, Shah told the parliament, “United Against Hate – the name sounds so pious but look what they advocated. They said, ‘(Donald) Trump is about to come, we should block the streets’.”

However, the clip contained only the last 40 seconds of Khalid’s speech with a clear intention to malign him and his collective.

Khalid gave this particular speech in Amravati, Maharashtra on February 17, 2020.

This speech, according to the BJP MPs who tactically removed the references to Gandhi that Khalid made in his speech, instigated violence in Delhi after seven days. They also did not mention that former IPS officer Abdur Rehman, who recently resigned from the prestigious service in protest against CAA, also spoke at the same event.

Here is the full text and video of his speech.

Umar Khalid Full Speech by The Wire on Scribd

United Against Hate, in its press release, said, “Very craftily they (BJP MPs) have omitted other parts of his speech where Umar Khalid had said that the only two weapons we will use in this struggle are those given by Mahatma Gandhi – Ahimsa and Satyagraha – and that we will fight against hate with love.”

Much against their assertions, UAH has evolved like a citizen’s campaign since July 2017 when a group of individuals in Delhi started it in response to a series of lynchings by Hindutva mobs.

The lynching of the 15-year-old Mohammad Junaid on June 22, 2017 in a Ballabhgarh-bound train when he was returning home from Delhi after Eid shopping became their immediate trigger to found the collective. Since then, the group has participated in various campaigns against hate crimes and mobilised people against caste and religion-based communalism. More recently, the group has involved itself in protests against the contentious CAA, NPR and the proposed National Register of Indian Citizens (NRC).

“All the activities of United Against Hate are in the public domain. We have been working relentlessly since 2017 against the spate of brutal mob lynchings that had claimed more than 60 lives in this country in the last six years. We have tried our best to contribute to the fight for justice for the victims and to rebuild the broken lives of their family members. We have done fact findings in communal riot hit areas of Bihar, Jharkhand, UP. We have held public tribunals against the spate of encounter killings by the UP Police under Yogi Adityanath. Most importantly, we held one of the first fact findings in Assam against NRC,” UAH said.

It also said that the group has held several “inter-faith programs on Diwali and Eid Milan to propagate love and compassion among communities.”

“Several present as well as former MPs and MLAs, along with several prominent personalities, have participated in our programs on several occasions. We are proud of our activities to uphold the values of the constitution, for liberty, equality, fraternity and justice,” the collective said.

Last November, Mint reported how the collective was instrumental in setting up a hate crime helpline 1800 -3133-60000 for victims of hate crimes, and could prevent at least one such communal clash in Dausa, Rajasthan.

The group has brought many adversarial civil society groups, which have been resisting the majoritarian impulse of the Narendra Modi-led government, together multiple times.

Also read: Fix Blame on the Neros Who Fiddled While Delhi Burnt

UAH, over the last few months, have been instrumental in organising protests against CAA/NPR/NRC combine, and had to bear the brunt of the Delhi police. On 26 February, the Delhi police arrested one of its activists Khalid Saifi from a protest site at Khureji. Eyewitnesses say that he was arrested when he was trying to negotiate a truce with the policemen who had begun demolishing and evacuating the protest site.

Now a video has surfaced that shows Saifi being taken in a wheelchair by the police, both his legs plastered. UAH claims that he was perfectly fit when he was arrested and has now alleged that he was tortured in the police station. Saifi is still in custody.

Activist @KSaifi was picked up by cops from Khureji Khas anti-CAA protest site on Feb 27 in Delhi. He was walking then. He is now wheel chair bound with both legs in plaster as visible in this video. @DelhiPolice must answer how he sustained these injuries in their custody. pic.twitter.com/Qq6Iz9X1Eg

While condemning Shah’s remarks as a clear case of “dog-whistling and intimidation,” UAH said, “Yes, we stand opposed to the dangerous combine of CAA/NRC/NPR and look at these as an attempt to throw the country into chaos, anarchy and unprecedented level of polarization. But, we have never invoked or propagated the use of violence in our struggle. Our fight is to preserve the Constitution of India and the India of Ram Prasad Bismil and Ashfaqullah Khan’s dreams. These false accusations will not deter us from doing our work.”