While Digital India is being touted as a significant step in making the delivery of government schemes effective, in rural areas, it has become an impediment in accessing welfare schemes. 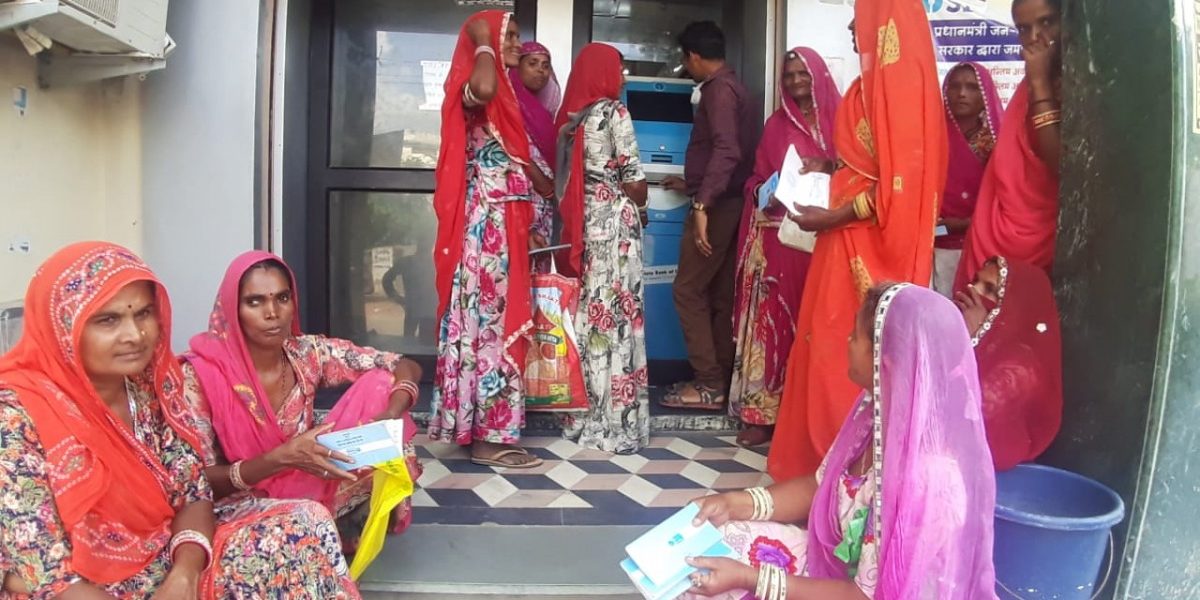 “When we go to the e-mitra to withdraw our money, he tells us jitna paisa nikalna hai utna hi baat karo. Kahan se paisa aaya hai, kitna aaya hai yeh sab mat pucho (only take the amount you want and do not ask too many details about where the money has come from, or the remaining bank balance),” Geeta Devi from Kherwada’s Saklal panchayat shares.

She is among the 40 million rural women who are eligible for benefits announced under the Pradhan Mantri Garib Kalyan Yojana (PMGKY). The scheme was announced with much fanfare and appeared very promising at first. However, ground reports that soon followed proved that the package was near hollow at its core. The government has made sure that the announcement made headlines, but a lot more needs to be done to fix the longstanding and unacknowledged issues on the ground, related to the last-mile delivery of the benefits.

A study was conducted during July-September 2020 by members of a women’s collective Ujala Sangathan in six blocks of Udaipur in Rajasthan. The enquiry was around understanding the access and the reach of the benefits announced under the PMGKY.

Members of the Ujala Sangathan have found a number of issues with the delivery mechanisms and the way benefits were communicated. This article attempts to highlight the findings of this enquiry and to provide simple solutions to facilitate the accessibility of welfare schemes, which seem to appear like a complex web.

“I took a loan of Rs 5,000 at an interest rate of 10% (in the month of June) as the work was completely shut during the lockdown,” shares Leela Bai* from Udaipur’s Shivadiya panchayat. She had no idea about the government’s cash transfer scheme and was forced to take the loan. Even though benefits under PMGKY were announced in mid-May, many rural Adivasi families reported not receiving any information around such announcements till late June, because of the absence of a reliable communication mechanism. 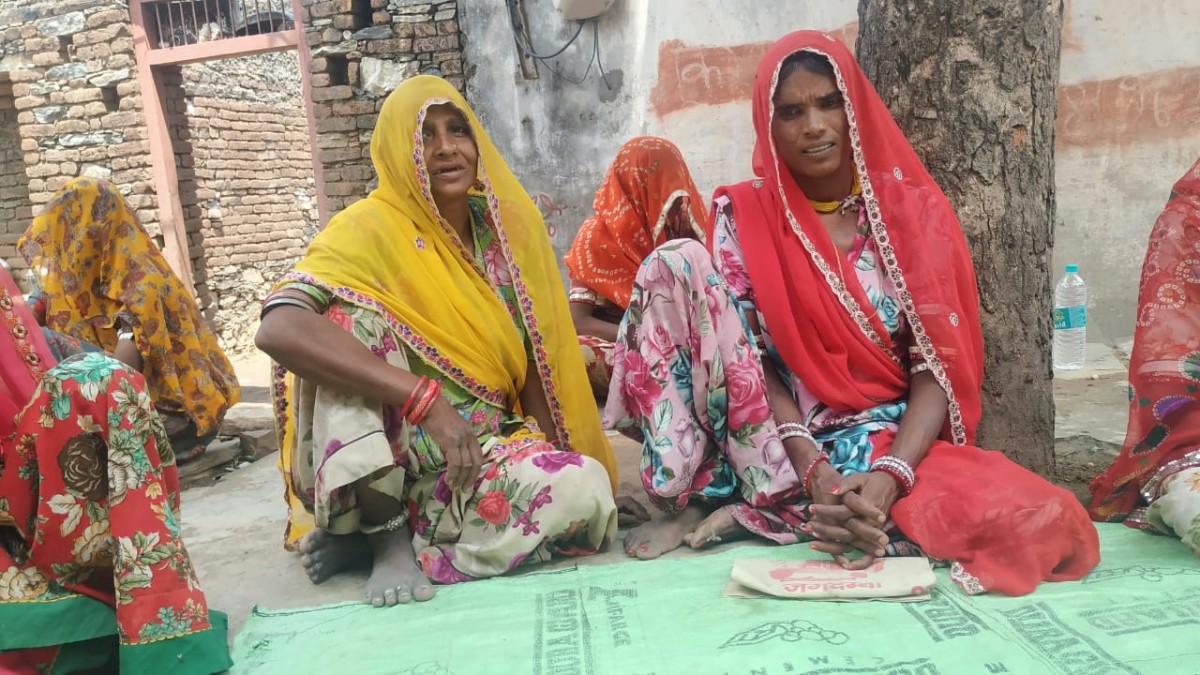 Members of Ujala Sangathan have found that out of those who received benefits, 56% of the respondents reported not receiving any information about the scheme under which they received the benefit. There was also a lack of information around one’s eligibility under the schemes, resulting in a situation where eligible families missed out on the benefits of the scheme.

The government has a sound decentralised communication mechanism at its disposal – in the form of ration dealers, Anganwadi workers, and elected members of the Panchayati Raj institutions (PRIs). As seen in the past, local village level bodies like ration dealers and members of PRIs were made responsible for endorsing schemes like the Swachh Bharat Abhiyan or the plastic ban.

In 2019, the government even went to the extent of holding people’s rightful food grains under the Public Distribution System – to push for toilet construction. However, no such commitment was seen during this time to ensure linkages to PMGKY.

In Rajasthan, benefits under PMGKY included Rs 500 to recipients of Jan Dhan bank accounts, 10 kilograms of wheat under the public distribution scheme (PDS) along with additional amount of pulses, advance credit for pension holders, Rs 3,500 for the registered construction workers, and subsidies for gas cylinders under Ujjwala scheme. The cash benefits were supposed to be accessed through Aadhar linked bank accounts – either directly from bank branches or through service delivery personnel, like e mitra and bank correspondents.

For those whose accounts were not linked with Aadhar, visiting bank branches was the only option left to access the monetary benefit. However, with the suspension of local transport that became a challenge.

Ujala Sangathan members have found that a critical mass of people’s bank accounts was not linked with Aadhaar before the lockdown. After the 21-day lockdown, the service of linking bank accounts with Aadhaar cards was functional in select government premise – bank branches of Gogunda, a block with a population of over 2.5 lakh people. This had serious implications on people accessing their benefits.

For those with Aadhaar-linked bank accounts, e mitras and bank correspondents remain a crucial bridge in accessing their benefits. However, this bridge did not deliver as much as it seems to promise. The increased reliance on these intermediaries also increased corruption.

Sovni Bai from Morwal panchayat in Gogunda says that she had around Rs 1,200 in her bank account (when we spoke to her in August), and she went to an e mitra to withdraw Rs 500. She informs us that when she returned home with Rs 500, she found that only Rs 100 were left in her bank account.

Sovni Bai used a point of scale machine (PoS) at the e mitra store, which has an inbuilt feature of giving audio receipts. Since she was aware of this feature, she kept count of the beep that machine made. She says, “The e-mitra asked me to give my fingerprints twice. The biometric machine made sound both the times and I knew that something was wrong.”  She later realised that she was robbed by the corrupt e mitra. These frauds were accompanied by the use of abusive language and insults from the personnel, as shared by Geeta Devi earlier.

From these accounts, it is very clear that the vision of PMGKY did not consider the likes of Sovni Bai, Kanka or Geeta Devi in its implementation. The burden of linkages solely lay on poor rural women who were made to run from pillar to post to get their basic entitlements.

With no grievance redressal mechanism in place, citizens could not hold any department accountable. The stories of Sovni, Kanka and Geeta raises one pertinent question – moving ahead with the digital revolution are we leaving behind rural citizen’s dignity, and surpassing their accountability?

Banks in rural Udaipur suspended essential services like the printing of bank passbooks, fearing community transmission of the disease. However, it was later found that over 92% of people did not get their bank passbooks updated for an average of the last three years.

Manisha Patel, a social worker in Kherwada, during her conversation with the bank officials/e mitra found that many bank officials deliberately and regularly switch off their printing machines, so that they do not have to attend to a large number of customers. Instead, they give handwritten balance receipts, which only increases the scope of corruption.

Also read: As Poverty Spikes Due to Lockdown, A Separate Package for Urban Distress is Urgently Needed

Rajendra Sharma, a social activist working with the Aravali Nirman Majdoor Suraksha Sangh, a trade union in South Rajasthan, says “Government claimed to reduce corruption, documentation burden and citizens’ movement between government offices under Digital India. However, all this has not only been proved wrong, but the corruption has increased manifold because of the presence of intermediaries like bank correspondents and e mitras.”

He gives a practical solution to the problem of multiple linkages. He says, “Families in Rajasthan have a unique family ID generated through Janadhaar. If a family member dies from a particular family, all the corresponding schemes applicable to that family such as Palanhar, or widow pension should automatically start – when the family applied for that person’s death certificate.”

This would inevitably take away the burden of proof from the citizens and will make the system much more efficient.

*Names have been changed to protect the identity.

Drishti Agarwal, Manju Rajput and Saloni Mundra work with the Ujala Sangathan, a 12,000 member women’s collective in south Rajasthan. They would like to thank all the members associated with the Sangathan for their insights and for the data collection support.