The UAPA Amendment Bill will give the state unprecedented power and rest assured, with great power will come great irresponsibility. 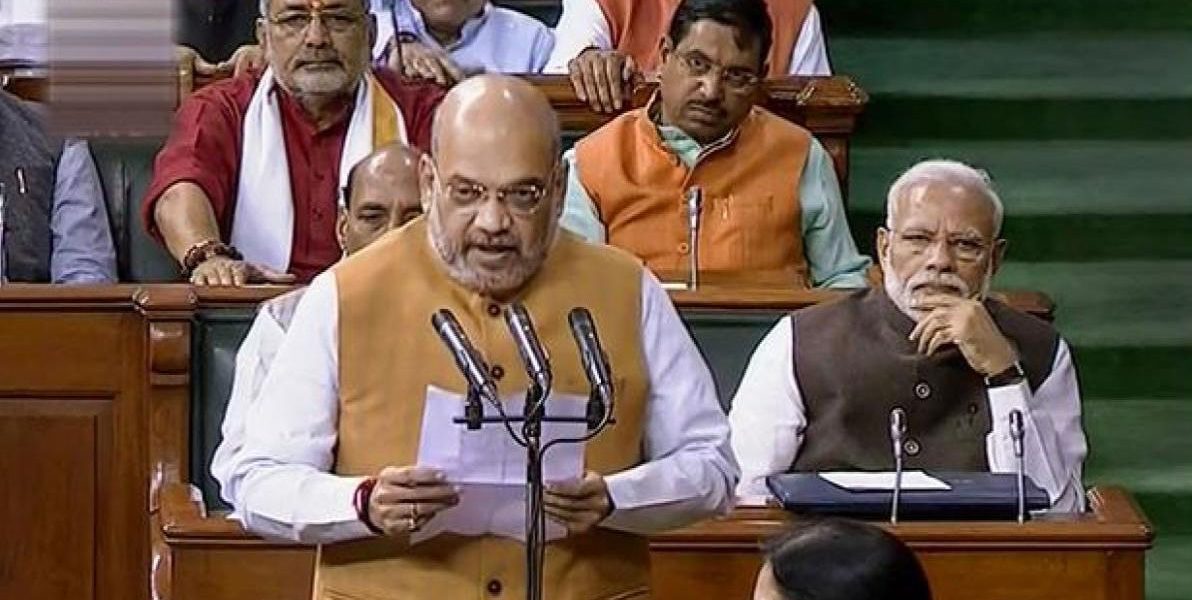 Should government officials and politicians – even upstanding democrats with a long record of respecting the rule of law like home minister Amit Shah – be trusted with the power to designate an individual as a “terrorist”, that too, without that person being tried and convicted?

That is precisely the power the Narendra Modi government is planning to give itself through an amendment to the Unlawful Activities Prevention Act, or UAPA. Worse, these changes – which amount to the most dangerous bit of legislation the country has ever seen – easily sailed through the Lok Sabha and have now been pushed through the Rajya Sabha too.

The bill to amend UAPA was introduced by Union home minister Amit Shah in the Lok Sabha just a week ago and passed after a brief discussion. A few opposition MPs like Mahua Moitra and Asaduddin Owaisi did their best to highlight exactly how bad the new law is but the NDA has a supermajority in the Lok Sabha and their concerns were easily drowned out.

The NDA does not have a majority in the Rajya Sabha and its opponents certainly had the numbers to force the Bill to a select committee for review and eventual amendment. But after its experience with the RTI amendments and the law to criminalise triple talaq, the BJP knew how to manoeuvre past what passes for the ‘opposition’ these days.

The UAPA was first passed in 1967 and in its original form allowed the government to designate any organisation as unlawful. It also defined and criminalised what it called ‘unlawful activities’. In 2004, the Act was amended to define terrorism as a crime and to grant the government the power to declare and ban organisations as terrorist. The 2004 amendments also gave the police enhanced powers of interrogation and made it very difficult for an arrested person to get bail by insisting the court must first be convinced the arrested person is prima facie innocent of the crime he is charged with.

Also read | Between the NIA Amendment and Now UAPA, the Squeeze on Human Rights is On

The new Bill adds two significant elements to the law. First, it will allow the National Investigation Agency much greater leeway to take control of cases that would otherwise fall under the domain of the police in individual states. This will further weaken India’s federal system and concentrate greater power in the hands of the Central government. But it is the second change it brings which will be really lethal for Indian democracy: the amendments will allow the Centre to declare individuals as terrorists and not just organisations.

In the Lok Sabha, Amit Shah used circular logic to argue that the only individuals who need to fear the process of being designated terrorists are terrorists:

Also, an individual who helps to promote or prepare for terrorism should also be designated as a terrorist.

I believe an individual who raises money to promote terrorism should also be designated as a terrorist.

And then there are those who attempt to plant terrorist literature and terrorist theory in the minds of the young. Sir, guns do not give rise to terrorism, the root of terrorism is the propaganda that is done to spread it, the frenzy that is spread.  And if all such individuals are designated as terrorists, I don’t think any member of parliament should have any objection.”

Shah’s reasoning is utterly specious and falls apart when two simple questions are posed: (1) What is the purpose of designating an individual as a terrorist? (2) Who will define what constitutes “terrorist literature and terrorist theory” and what acts will amount to planting these in the minds of the young?

Reasons to be fearful, part 1

Shah conveniently forgot to remind parliament that if an individual engages in what the UAPA defines as terrorist activity, the government already has the power to prosecute and punish them under Chapter 4 of the existing Act. Indeed, dozens of such prosecutions have been launched on this basis.

In other words, if the authorities have a ‘terrorist’ in their sights, they have full legal power under the existing UAPA to arrest and prosecute him. And if they have solid evidence to back up their charge, the trial court will surely convict that person and send him to jail.

Why would Shah want to weigh down an already overburdened system with another layer of action against a ‘terrorist’ – of formally designating that person so – if the NIA can just convict him and send him to jail? Especially since the new law, astonishingly, does not specify any legal consequences for someone designated as a terrorist.

If fake encounters allow the police to pass a death sentence on individuals like, say, Kauser-bi and her husband Sohrabuddin without going to court, Shah’s plan to designate individuals as terrorists will allow the government to push its targets into a solitary confinement of sorts – by making their life a living hell without taking them to court or sending them to jail.

Once an individual is designated as a terrorist, he will lose his job. His landlord will throw him out. His children will have a tough time at school. Everyone will look at him with suspicion and the police will keep harassing him and anyone he meets.

Sure, the UAPA amendments provide for a process of appeal but it is the government itself which will set up the three-member review committee, two of whom can be serving bureaucrats. The chairperson will be a serving or retired high court judge but given the way governments are known to cherry-pick individuals for commissions and committees that are politically sensitive, the deck is likely to be stacked against any person challenging his designation as a terrorist.

Reasons to be fearful, part 2

Shah told parliament that those “who attempt to plant terrorist literature and terrorist theory in the minds of the young” through “propaganda” and “frenzy” will also be designated as terrorists under the new law. 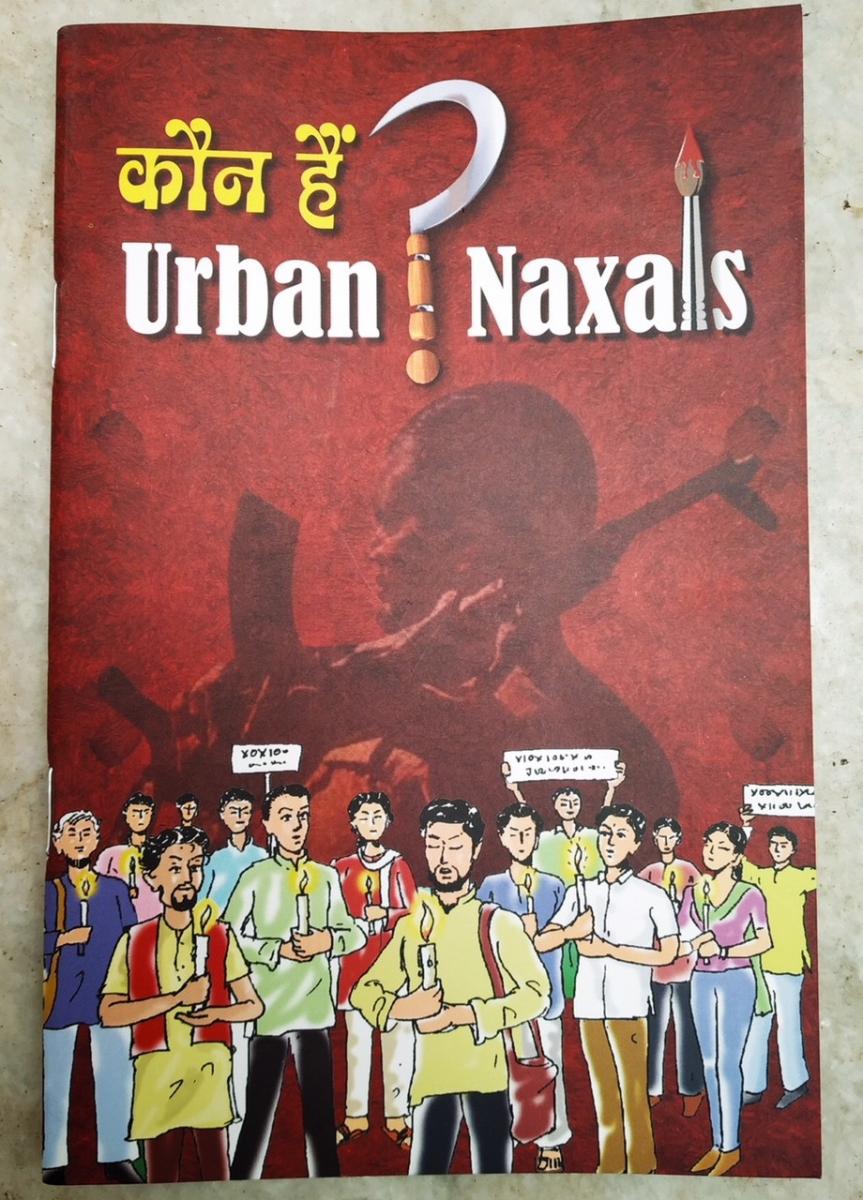 ‘Who Are the Urban Naxals?’: Cover of a pamphlet published in July 2019 by the Vishwa Samvad Kendra, an RSS front organisation.

The problem is the UAPA does not define what is terrorist literature and terrorist theory. And given the attitude of the police – and the manner in security laws in India are routinely misused to target political opponents and dissidents – do we really want to give officials in the home ministry the power to brand someone as a terrorist because they have a copy of the Communist Manifesto or Mao’s Red Book at home?

If the police in Jharkhand has tried to charge thousands of Adivasis with sedition because of their support for the Pathalgadi movement – which only talks about the rights the constitution gives tribals – you can be sure that the power to designate individuals as terrorists will be rampantly abused.

Already, the existing UAPA has been used to file an utterly flimsy case against selfless, dedicated human rights activists like Sudha Bharadwaj. Bharadwaj, who has spent her entire life using the courts to fight for the rights of workers, women, Adivasis and peasants, was arrested last year and this August, she will have spent a whole year in jail without bail!

The case against her, Surendra Gadling, Varavara Rao, Gautam Navlakha, Shoma Sen, Rona Wilson, Mahesh Raut and Suresh Dhawale is proof that the parent law is itself a terrible piece of legislation that will allow detention without trial or conviction for months if not years. And when the state’s case against them is eventually thrown out because there is simply no evidence, this new power to designate them as terrorists will come in handy.

UAPA was rushed through parliament in an amended form by the Congress-led Manmohan Singh government in 2004 without any proper parliamentary scrutiny, and the Narendra Modi government has now done the same with these atrocious amendments.

The new law will give the state unprecedented power and rest assured, with great power will come great irresponsibility. The UAPA amendments have been drafted for misuse. In a clumsy response to some of the concerns that have been aired about this law, government officials have tried to spin the Bill as a move primarily targeted at the likes of Hafiz Saeed and Masood Azhar. This is utterly disingenuous.

Shah let the cat out of the bag when he told the Lok Sabha that “those who work for the Urban Maoists will not be spared.” And who are these people who won’t be spared? Last month, a propaganda wing of the RSS published a pamphlet, Kaun Hain Urban Naxals? (Who are the Urban Naxals?), according to which “pro-Naxal literature” is being taught in Delhi University, Rajasthan Central University has become a ‘den of the Urban Maoists’ because Nikhil De of the Mazdoor Kisan Sangathan Samiti has given lectures there, and journalists and columnists in the media are busy doing the bidding of Maoists and terrorists.

The mindset of those who have drafted the new law and who will work it is very similar to the conspiracy theorists of the RSS. Now that the UAPA amendment Bill has been passed, it will become one more weapon in the hands of a regime that is hell-bent on delegitimising any and every criticism of its policies.

Note: This article was edited Friday evening to take note of the passage of the bill by the Rajya Sabha