As mob violence continues unabated, it is now evident that the judiciary has also lost its sense of urgency in dealing with the issue of lynching. 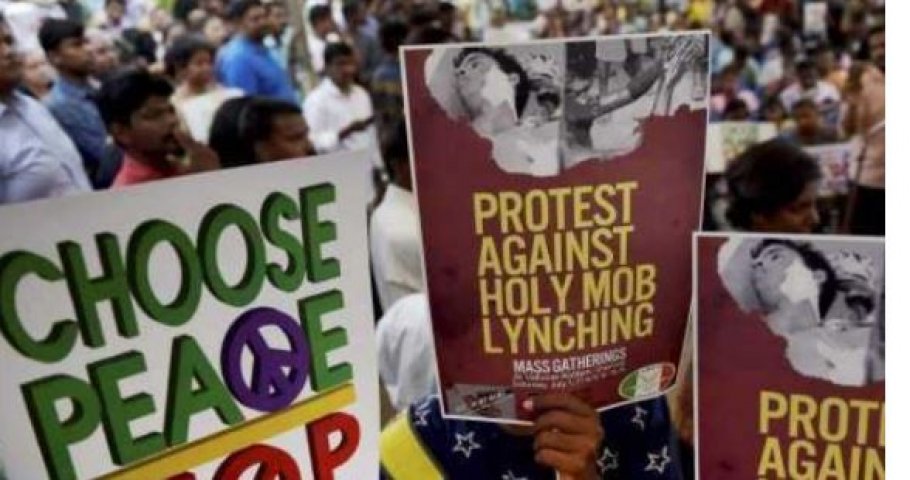 It has been over a year since Tabrez Ansari was lynched by a mob in Jharkhand’s Saraikela-Kharsawan district and over two years since the July 2018 judgment in Tehseen S. Poonawalla, where the Supreme Court condemned the ‘sweeping phenomenon’ of lynchings and mob violence in India. The court had issued several directions to the Central and state governments to curb such violence and was monitoring their compliance with its order. However, in the last two years, the Supreme Court’s sense of urgency in dealing with the issue of lynching seems to have fizzled out, while cases of mob violence continue to take place unchecked.

Jharkhand has seen one of the highest number of deaths due to lynching in India, some of which could have been prevented but for the inaction or complicity of the police. Yet, on June 26, 2020, the Jharkhand high court dismissed a petition filed by Harsh Mander seeking responses from the state government on the implementation of the Tehseen S. Poonawalla guidelines to tackle the rising instances of mob violence in the state.

Mander’s petition carried details of specific cases where the guidelines were not being followed in Jharkhand, such as no speedy trials through fast-track courts, failure to provide compensation to the victims or their families, failure to prevent mob violence from continuing in the state, lack of accountability of public officials on dereliction of duty, among others. In fact, at the hearing on June 26, 2020, the petitioner’s advocate, Md Shadab Ansari, informed the Jharkhand HC that subsequent to the date on which their petition had been filed, eleven deaths due to lynching and around thirty-nine incidents of mob violence had been reported in Jharkhand, with two such deaths having occurred after March 2020 itself.

The government advocates submitted before the court that since this issue was already pending before the Supreme Court (referring to the Tehseen S. Poonawalla case), the HC should not pass orders in this matter. The HC accepted this argument and directed the petitioner to withdraw the case, recommending that he could intervene in the pending case before the Supreme Court.

However, in the two years since directions were given in Tehseen S. Poonawalla, litigants have struggled to draw the Supreme Court’s attention to the state of affairs and demand compliance with its guidelines.

Delays and pendency before the Supreme Court

In Tehseen S. Poonawalla, a three-judge bench of the Supreme Court (comprising then Chief Justice Dipak Misra and Justices A.M. Khanwilkar and D.Y. Chandrachud) set out ‘preventive’, ‘remedial’ and ‘punitive’ measures for the Central and state governments as well as law enforcement agencies to deal with the increasing incidents of lynching in India. A number of these measures were time-bound and the court exhibited a sense of urgency in having the governments respond to and implement its directions. The court observed that “horrendous acts of mobocracy cannot be permitted to inundate the law of the land” and “earnest action and concrete steps have to be taken to protect the citizens from the recurrent pattern of violence which cannot be allowed to become ‘the new normal'”.

The matter was last heard on September 24, 2018, when the court passed certain directions, including in relation to the filing of compliance reports by states, that had to be carried out within a week. The case was to be listed after two weeks for the next hearing but quickly went into cold storage. Since then, attempts at moving the Supreme Court to take stock of the implementation of its guidelines haven’t met with much success.

In July 2019, a three-judge bench of the court (comprising then Chief Justice Ranjan Gogoi and Justices Deepak Gupta and Aniruddha Bose) turned down a request for an urgent hearing of a contempt plea against states that had failed to comply with the Tehseen S. Poonawalla guidelines. The urgent hearing was sought in view of increasing incidents of mob lynching despite the court’s guidelines. However, the bench reportedly observed that there was no urgency and the matter would come up for hearing in the normal course, adding that 50% of the statements made by lawyers seeking urgent hearings were found to be incorrect.

This observation from the top court came barely a few months after the ghastly attack on a Muslim family at their home in Gurugram and the brutal lynching of Prakash Lakra in Gumla district of Jharkhand, a month after a murderous mob attacked Tabrez Ansari, and in the midst of a number of other instances of mob violence that were taking place across the country. One year on, there has been no movement in this case.

About a week after declining to hear the contempt plea on an urgent basis, in another petition filed before the Supreme Court seeking implementation of the Tehseen S. Poonawalla guidelines, a two-judge bench of the court (comprising then Chief Justice Ranjan Gogoi and Justice Deepak Gupta) issued notice to the respondents, including the Centre, the National Human Rights Commission, and certain states. However, since the issuance of notice on July 26, 2019, this petition hasn’t been listed for hearing either. 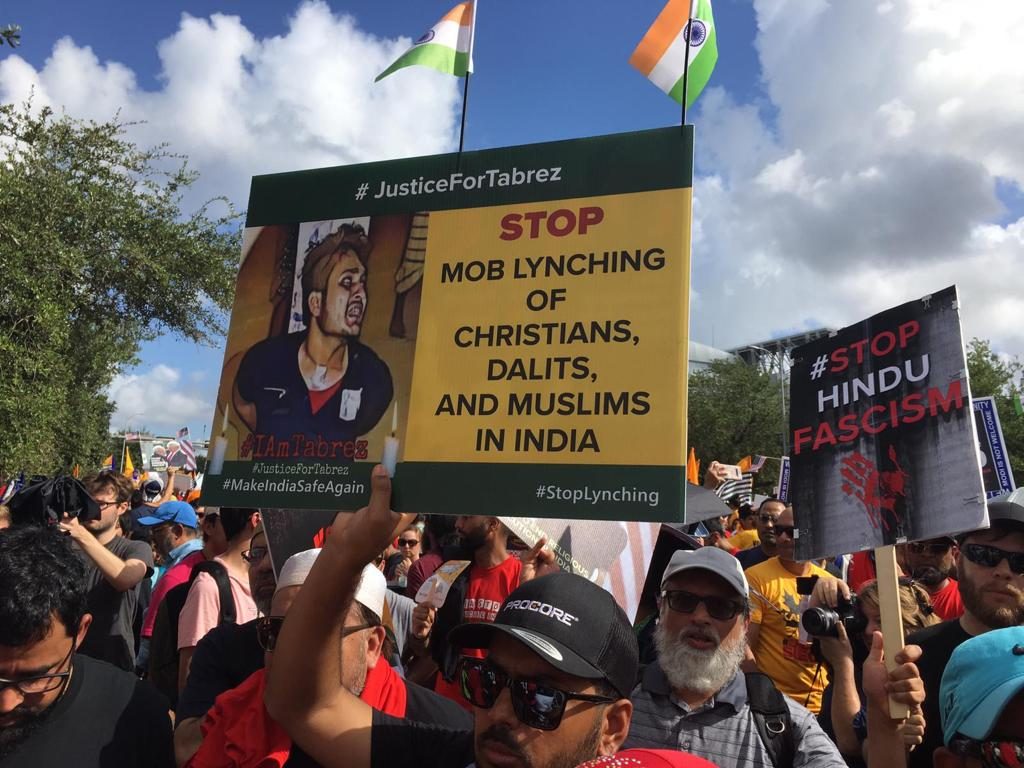 Representative image of a protest against mob lynching. Photo: Alliance for Justice and Accountability

Harsh Mander’s petition was heard by the Jharkhand HC almost a year after it was filed in June 2019. The court, despite holding wide and discretionary powers under Article 226 of the Indian Constitution, was not keen to look into the petition simply because of the pendency of an ‘identical issue’ in Tehseen S. Poonawalla before the Supreme Court – even though the matter has not been heard by the Supreme Court for close to two years, notwithstanding the attempts to draw the court’s attention to the issue during this period.

Recently, the Supreme Court, in an order in the case In Re Problems and Miseries of Migrant Workers where suo motu cognizance was taken of the plight of migrant workers during the COVID-19 related lockdown in India, observed that “high courts being constitutional courts are well within their jurisdiction to take cognizance of violation of fundamental rights of migrant workers”.

This should hold true even in the case of mob violence where people’s right to life is threatened because of the apathy and/or negligence of the state and public authorities, and the Jharkhand HC should have intervened in the matter instead of dismissing the petition on a technicality.

In matters such as mob violence where the Supreme Court’s directions are to be primarily implemented at the state-level, if high courts are not inclined to ensure their enforcement within their jurisdiction, such directions would be rendered infructuous. In the long run, this may dent the credibility and effectiveness of both the Supreme Court and the high courts.

Also Read: ’15-20 Men in an Upscale Jaipur Restaurant Saw My Long Beard and Almost Lynched Me’

The inaction of both the Supreme Court and the Jharkhand HC should be seen alongside a situation where the legislature and the executive have also failed to come up with any effective solutions to stem the rise of hate crimes and mob violence in the country. The judiciary, even after showing the way through Tehseen S. Poonawalla, has stopped asking why lynchings continue to take place. This has led to an institutional vacuum where brazen impunity is allowed to thrive.

On July 31, 2020, the eve of Eid-ul-Adha, 25-year-old Lukman Khan, a meat trader, was mercilessly beaten by a group of self-proclaimed ‘cow protectors’ and forced to chant ‘Jai Shri Ram’ in Gurugram, Haryana, on the suspicion that he was smuggling cow meat. The incident took place in the presence of the police, who intervened much later and seized the meat for ‘lab-testing’. Only one person was arrested for the assault despite the entire episode being caught on video, with the faces of the assailants clearly visible.

In another incident on August 7, 2020, 52-year-old Gapphar Ahmad Kacchawa, an autorickshaw driver, was assaulted by two people in Sikar district of Rajasthan, who forced him to chant ‘Modi Zindabad’ and ‘Jai Shri Ram’, and left him with broken teeth, a swollen eye and other bruises on his face. 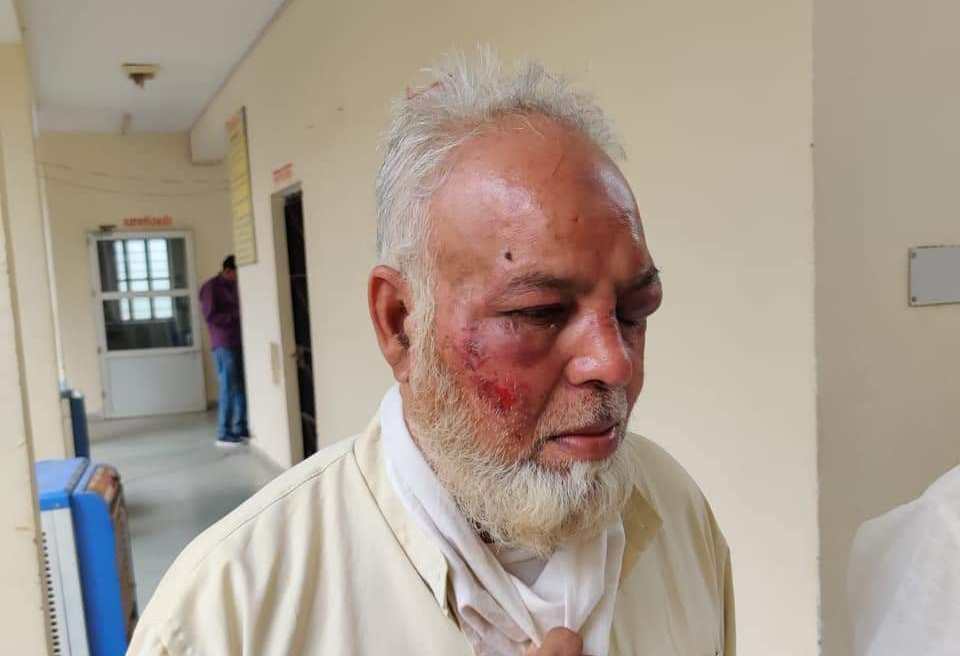 The frequency of such violence, mostly targeting the country’s minorities, and its failure to elicit a commensurate response from the government, has left its victims and their communities vulnerable and helpless.

The executive has failed in engaging proactively with the issue, reacting only when there is public pressure. Gauging by the responses received from the home ministry to questions raised in parliament, it is clear that apart from issuing a few advisories to state governments, no concrete steps have been taken by the executive to curb mob lynching.

Notably, a Group of Ministers (GoM) was constituted by the Central government following Tehseen S. Poonawalla to deliberate on the issue, but there is no clarity on the progress made. Additionally, when releasing its report for 2017 belatedly in 2019, the National Crime Records Bureau (NCRB) refused to publish the data it had collected on mob lynching as a separate crime, apparently because the data was unreliable. In a strange trend, a number of independent organisations tracking such crimes, such as the Hate Crime Watch database and the Hindustan Times Hate Tracker, have been shut down for undisclosed reasons.

Further, even though the Supreme Court recommended in Tehseen S. Poonawalla that parliament should create a special law for the offence of lynching, no such law has been forthcoming so far. The few states that managed to pass Bills – such as Manipur, Rajasthan, and West Bengal – are still awaiting the president’s assent. This is ironical because the home ministry has consistently pointed out in its responses to questions concerning lynchings in parliament that ‘police’ and ‘public order’ are state subjects and that state governments are responsible for law enforcement; yet the Central government has kept state legislative Bills on lynching indefinitely pending for no stated reason. The only development in this respect has been the review that is being undertaken by the ‘Committee for Reforms in Criminal Law’ set up by the home ministry, which has invited recommendations on a set of questions, including whether mob lynching should be penalised as a separate offence under the Indian Penal Code, 1860. However, the committee’s composition and manner of functioning do not inspire confidence and raise grave concerns.

In the absence of any institutional guidance or legal framework in the two years since the Tehseen S. Poonawalla guidelines, or any systems that hold the state accountable, mob violence and lynchings continue to be dealt with simply as individual ‘law and order’ problems without trying to understand:

We also need to ask why there has been no concerted effort to collect and publish official data on lynchings and mob violence in India, which is crucial to understand its patterns and come up with an effective response.

Our courts ought to sit up and take note.

Ankita Ramgopal and Swati Singh, lawyers with Karwan-e-Mohabbat, a campaign led by Harsh Mander that supports survivors of hate crimes.