Most citizens sense that the country is passing through critical times but feel helpless to contribute to get India out of this morass. We citizens can do a lot – individually and collectively.

These are heady days in the battle between the government and citizens on the question of dissent. A leaked government document has outlined a roadmap chalked out by a group of ministers (GoM) in 2020 to “neutralise” independent news media. At the height of the pandemic, the GoM found it important enough to have six meetings in June and July 2020, and on December 3 on this issue, culminating in an action plan that was shared with all ministries for implementation. In pursuance of the ‘action plan’, the government has already notified sweeping new guidelines for intermediaries (described as “soft touch oversight”), saying these were needed to hold social media and digital news publishers accountable for “misuse and abuse”.

Noble intentions indeed. But then all organisations and entities must guard against harm from groups inimical to their interests.

In this spirit, civil society too must take measures to ‘neutralise’ the people and organisations which are harming the legitimate stake of the people in good governance and constitutional values.

The government sees their problem as one of ‘image crisis’, hence they have taken measures to counter it. The problem of citizens, on the other hand, is one of the mindset – “What can we poor citizens do?” Most citizens sense that the country is passing through critical times but feel helpless to contribute to get India out of this morass. That is the mindset crisis of the citizens – you and me.

We citizens can do a lot – individually and collectively. And what we need to do is simple. All that we have to do is follow two rules of engagement. Just two. People attend a mahapanchayat meeting as part of a farmers’ protest in Jind district of Haryana, February 3, 2021. Photo: Reuters/Danish Siddiqui

Rule 1: Widen the reach of the message

We are talking of non-violent protests. In these, there is strength in numbers. Overall, nonviolent campaigns were twice as likely to succeed as violent campaigns: there is strategic logic in non-violent conflicts. Data tells us that those engaging a threshold of 3.5% of the population have never failed to bring about change. Today, the content that can form the raw material for a campaign of democratic retrieval exists in the form of the journalistic output of a small section of the Indian media. However, by themselves, media platforms will never be able to deliver their content to 3.5 % of the population. It is here that we ordinary citizens can help by widening their reach.

Unlike what the Bible says, a David by himself cannot do enough damage to the fearsome Goliath. To compensate, one David should spawn several more Davids, who would in turn spawn more. This should become a massive self-perpetuating system.

Most citizens feel handicapped in generating high-quality content which would be acceptable for publication by quality-conscious media platforms. Most citizens neither have new insights on important matters nor are they articulate enough. That causes them to withdraw from being active citizens, leaving them with merely reading the existing content and feeling helpless about the situation. This inactivity is because they believe that a person can be active on media only through first-hand generation of new content. But what is being advocated here has nothing to do with content generation. All that concerned citizens need to do is to act as amplifiers of the existing content. 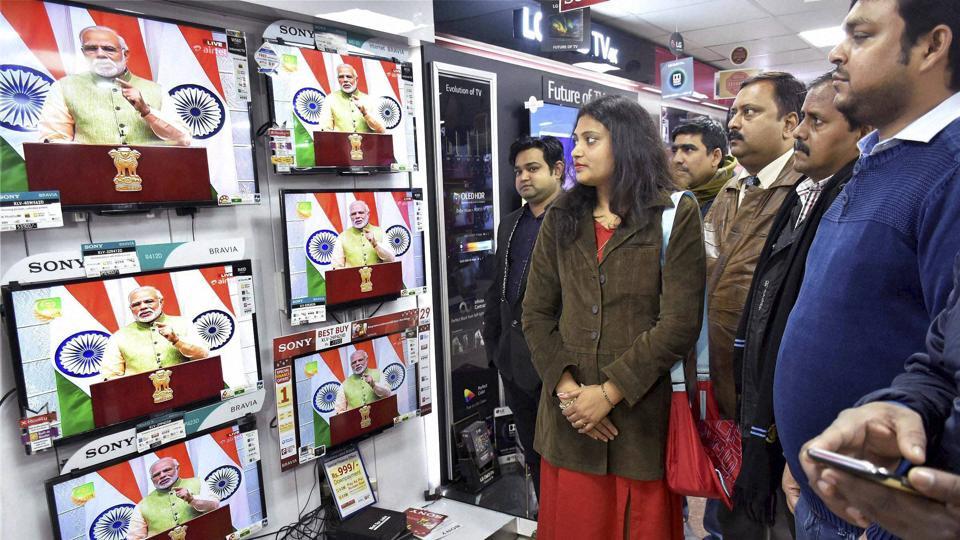 This inactivity is because they believe that a person can be active on media only through first-hand generation of new content. Photo: Reuters

There is enough content in India’s independent media, renewed daily or even faster, to convince Indians that the country is passing through a difficult phase. Editorials, interviews, background explainers, opinions – everything is already there, placed by credible experts. The content is reaching discernible readers of the media. However, there is a large population that is not reading or viewing this quality media. That large segment of the population is being deprived of the real news. It is here that most citizens who have access to good media can help, without having to generate their own content.

All these citizens need to do is to push news from good media further to their contacts and followers, as a shared post, with a bit of commentary of their own. Those who do not have an account on these platforms can still help by adding their comments to those of others. Some good platforms for such an exercise are LinkedIn, Facebook and Twitter. That is what an amplifier does – amplify existing sound, not generate it. Every citizen has the power to add her ripple, which would eventually make it a roaring wave. Imagine the tsunami if most of us who read The Wire, Scroll.in, Indian Express etc get just 500 more Indians to get to peruse what they are missing out on because they do not directly visit good media sites but are active on social media.

Immediately, as though by magic, one David has spawned hundreds more. This done, the message would surely reach 3.5 % of the population – and India will change for the better.

Rule 2: Reclaim democracy beyond the media, in daily life

Democracy means that the rulers represent the will of the people. It will never happen on its own. People must act to make it happen. And they need to do it as a matter of habit, daily and everywhere, and not keep it restricted only to activities in the media.

That lever of control over the government – seeking accountability – must be used at every step. Reclaim democracy. It must be done daily. Seeking it once every five years will not do.

Also, seek it from everyone in power. Moving against only the prime minister will not do. Seek accountability from the corporator, the member of legislative assembly, the district ration officer, the municipal corporator, the tehsildar, the block development officer, the school principal, the superintendent of police, the society committee – everyone. This will help strengthen your sense of being the master. You must voice your concerns firmly and seek remedies.

In terms of ‘what exactly to do?’, this implies making complaints in consumer courts and objections in parents’ forum, society meetings, collecting governance-related information through Right to Information (RTI) applications, and then use that information to undo wrongs. It will help you get over the indifference and apathy that most citizens have and will quickly tone up the whole system.

It is far easier to seek accountability from local bureaucrats than from the distant prime minister. They are not so insulated and are bound by citizen’s charters and such other rules. In any case, it should satisfy us more to get the road outside our house repaired that to get the foreign policy of the country changed. Seek good governance, not good politics.

Do not underestimate the power of the individual citizen in improving India. Who has got India all it has got since 1947? Political parties? Media? No. It has all come from conscious and active citizens.

All improvements in India’s social life have been brought about by such individuals alone.

Who made sure that sexual harassment is now recognized by law to be “a clear violation” of fundamental constitutional rights? Not the lawmakers or public protest. It was done singlehandedly by rape survivor Bhanwari Devi through a PIL.

Who improved the condition of undertrials in India and had 40,000 under-trials who had undergone detention beyond such maximum period, set free? Not the lawmakers or some protests. It was done singlehandedly by Hussainara Khatoon.

Who got the Supreme Court to hold that every doctor, at a government hospital or otherwise, has the professional obligation to extend his/her services to protect life? Not the lawmakers or some protests. It was done singlehandedly by Parmanand Katara.

Who saved free speech in India? Surely, people with criminal cases against them would never do it. The draconian Section 66A of the IT Act, which provided power to arrest a person for posting allegedly “offensive” content on websites was taken down neither by lawmakers nor by public protests. It was done by a 24-year-old feisty girl, Shreya Singhal, battling it out in the court, not on the streets.

Observance of these two rules will move up significantly if we only change one bit of attitude towards the government. It is the attitude that they are our masters or rulers – or, at least, someone to be revered.

To start with, democracy places power in the hands of the people. Since it would be impractical for all 130 crore citizens to have a daily meeting on matters of governance, that board of governors decided to appoint some managers for that job. When dates were announced for the selection of these managers, a lot of potential hires come to their doors and asked them to ‘please appoint us.’ Most applicants practically grovelled for the job. The board picked some and handed them the job.

If this is what a government is, where is the need to treat them as masters or rulers? Once we get this right, everything else falls into place.

There is yet another way to look at the relationship between the citizen and the government. Stand up comedian Kunal Kamra has put it well in a video. He says, “No one identifies the government for what it is. It is a service provider. It is like Vodafone. You are giving tax, they are providing you a service. That is all the transaction is. Do you get emotional towards the CEO of Vodafone?”

It is time we citizens matched the government in their dedication and professionalism in protecting their interests. We are not helpless. Observance of just two simple rules in daily life, under an overarching philosophy, might get us back to the status of a ‘free country’, from being only ‘partly free’.

Col Alok Asthana is a veteran, presently a consultant on leadership and innovation. He is the author of two books – Leadership for Colonels and Business Managers and Reclaim Your Democracy. He can be contacted at alok.asthana@gmail.com