Tractor Rally: From an Ex-Soldier To Bus Conductor, Here Are Some People Put Behind Bars

Some family members said those who were arrested were not even in Delhi when clashes were reported on Republic Day. 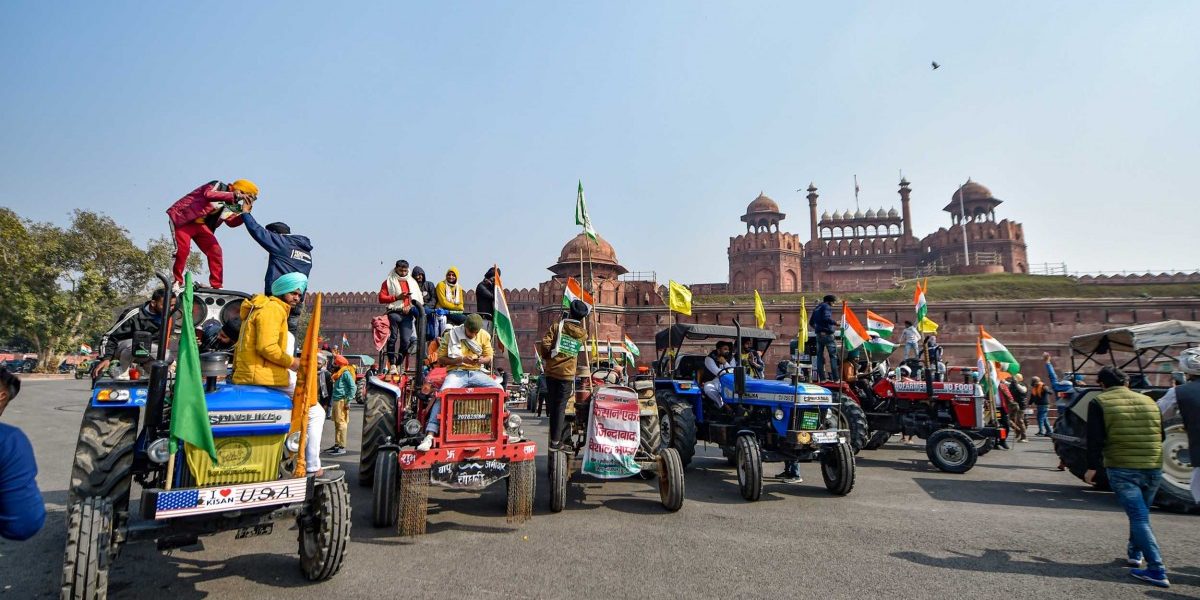 Jalandhar: Eighty-year-old retired Subedar Gurmukh Singh, who is revered in his village for his long innings in the Indian Army, was among those who led a cavalcade of tractors from his village to the Singhu border for the January 26 tractor parade.

The ex-serviceman, popularly known as ‘Subedar’ in his village, left for the march on January 25. He is among the 122 people who were arrested and is now in Delhi’s Tihar Jail.

Back home in Shamspur Singha village in the Fatehgarh Sahib district of Punjab, not just his family but the entire village is deeply concerned about securing his release. Continuous meetings and repeated phone calls from Delhi and elsewhere are keeping his family on their toes.

As per the Delhi Police, an FIR (No 31/21) has been registered against Gurmukh Singh at the Mukherjee Nagar police station in Delhi on January 29, 2021. Gurmukh Singh is the oldest among the 122 persons who have been arrested so far in connection with the violence that took place at the Red Fort during the tractor march.

Talking to The Wire over the phone from Khamano, Gurmukh’s nephew Sandeep Singh said that the family got to know about his uncle’s arrest on January 30. “My uncle was arrested from the Ring Road on January 26 during the tractor march. Following the violence, my uncle’s phone was switched off. There was no internet and call facility to enquire about him from other villagers who went to the march. My uncle was among the villagers who led the farmers’ protest when they landed up at the Singhu border on November 26,” he said.

Sandeep said in Punjabi, “Mere massar ji sari umar fauj vich desh layi lad de rahe, hun apne haq layi khade hoye ta jail vich pa dita sarkar ne. (My uncle fought for the country in the Army but when he stood up for his rights, he has been put behind bars.)”

“We are deeply concerned about his well-being because of his age. My uncle, being a fauji was firm in his decision to join the farmers’ agitation and stood his ground even in the bitter cold. Even today, villagers have left for the Singhu border while we are contacting lawyers in Delhi to secure his release,” he added. Farmers participate in a tractor march on Republic Day, as part of their protest against the Centre’s farm laws, in Gurugram, January 26, 2021. Photo: PTI

‘Was not even in Delhi on January 26’

While Gurmukh Singh was arrested during the tractor march, 28-year-old Ajay Pal Singh’s arrest came as a shock for everybody, especially his friends at the Singhu border.

A resident of Kasiana village in Patiala district, Ajay Pal reached the border only on January 29, after the tractor parade. An FIR (No 49/2021) was lodged against Ajay Pal at the Alipur Outer North police station on January 30.

Ajay Pal’s father Karanjit Singh said, “My son, a bus conductor, was not even present for the tractor march. Still he has been arrested. Some people from our village informed me that he was picked up by the Delhi Police while he was going to the loo on the morning of January 30.” Many of his relatives were protesting ever since the farmers’ agitation started on November 26.

Condemning the developments, Kiranjeet Singh said in Punjabi, “Eh sarkar sara sar dhakka kar rahi hai sade nal (This government is doing sheer injustice with us). I had sent my son on January 29 considering the fact that the situation was improving, but I had no idea that he would still be targeted. It is a sinking feeling, though many local leaders from the Shiromani Akali Dal, Aam Aadmi Party and even the panchayat are supporting us.”

A similar story is playing out in Haryana, where several people have been arrested. Three of them are from the Manoharpur village of Jind district.

Hailing from the Kandela Khap, the three farmers have been identified as cousins Anil (23) and Jasbir (27), and another person also named Anil (45). The Delhi Police has registered an FIR (No 44/21) against the trio at the Najafgarh police station.

It was at Kandela Khap in Jind that senior farmer leader and Bharatiya Kisan Union spokesperson Rakesh Tikait led a mahapanchayat along with Gurnam Singh Chaduni, Balbir Singh Rajewal and others on February 3.

Sharing the details, Manoharpur village sarpanch Dilbagh said, “Three men from our village were arrested some 15 kilometres away from Red Fort near Mangolpuri on January 26 at around 4:30 pm. They were riding on a motorbike, when the police arrested them. Our boys, all farmers, had gone to the Singhu border to merely participate in the tractor march. They are languishing in jail now. This was their first visit to the border, ever since the protest began.”

Reports poured in that “locals” from Kundli village protested against farmers following the violence at Red Fort. The protestors demanded that farmers should vacate the Singhu border, as they had dishonoured the tricolour. However, it later came to light that the violence was triggered by a right-wing group.

The police arrested several persons in connection with this incident. Among those arrested was Ranjit Singh (22), from Kajampur village in Nawanshahr district. He was the man who was seen being beaten up by the police with batons in a viral video. He had reportedly attacked Alipur police station’s SHO Pradeep Paliwal.

Ranjit’s father Ravail Singh said, “It was after I saw the videos that I got to know that how mercilessly, my son was beaten up. Delhi Sikh Gurudwara Management Committee (DSGMC) president Manjinder Singh Sirsa has taken up our case and he met our son in the Tihar Jail. It was through him that we were able to speak to our son over the phone for around five-seven minutes. Though Samyukta Kisan Morcha (SKM) members assured us of a meeting with our son soon, we came to know that the Delhi Police has denied permission on the grounds of restrictions imposed due to COVID-19.”

It is pertinent to mention here that the SKM, DSGMC and some independent lawyers have joined hands to provide legal assistance to the families of those who have been arrested. They have also released a list of contact numbers of lawyers to help the people who are behind bars.

Giving these details to The Wire, SAD leader and DSGMC president Manjinder Singh Sirsa said that the committee has a dedicated team of 25 empanelled lawyers, while many others have volunteered to provide free legal aid to the people who were arrested in connection with the clashes at Red Fort. “But it is a long battle and we are fighting it professionally. Our team through the local SAD leadership was reaching out to the families and providing them with every possible assistance,” he added.

Jaspreet Singh Rai, a lawyer practicing in the Delhi high court and the Supreme Court, has also volunteered to provide free legal aid. “I have volunteered to fight the farmers’ cases free of cost. It is a developing matter and we are tracking the FIRs and the legal aspects about how, when and where bail petitions are to be moved. The farmers are contacting us regularly and we are at their service in this hour of need,” he said.