The People's Alliance for Gupkar Declaration had proposed to hold a protest in Srinagar against the proposal of the Delimitation Commission of increasing six seats in the Jammu division and one in Kashmir. 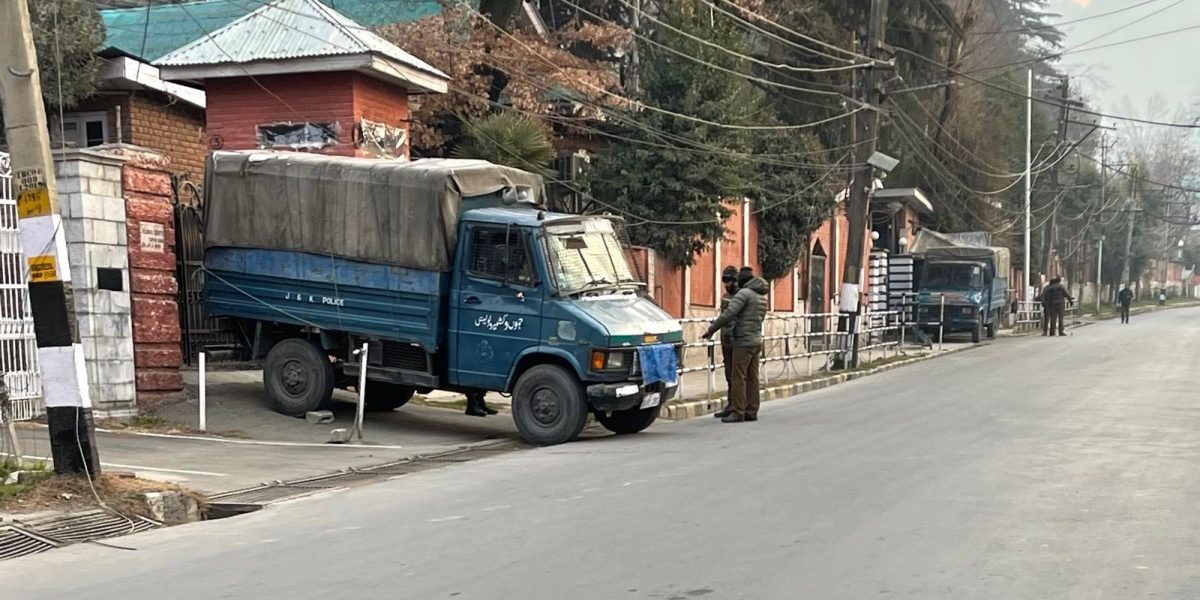 New Delhi: Three former chief ministers of Jammu and Kashmir among other political leaders have been put under house arrest since Saturday, December 31, 2021, to prevent them from carrying out their proposed protest against the recommendations of the Delimitation Commission.

Security trucks with a number of policemen have been deployed outside prominent political leaders’ houses, including Farooq Abdullah, Omar Abdullah and Mehbooba Mufti, since Saturday to bar the entry and exit of people.

Good morning & welcome to 2022. A new year with the same J&K police illegally locking people in their homes & an administration so terrified of normal democratic activity. Trucks parked outside our gates to scuttle the peaceful @JKPAGD sit-in protest. Some things never change. pic.twitter.com/OeSNwAOVkp

The PAGD (People’s Alliance for Gupkar Declaration) had proposed to hold a peaceful demonstration in Srinagar on Saturday against the proposal of the Delimitation Commission of increasing six seats in the Jammu division and one in Kashmir. With this, the number of seats in Jammu would have gone up to 43 and Kashmir to 47. This many believe goes against the population ratio of both provinces of the former state.

Also read: Here’s Why Neither Kashmir Nor Jammu Is Happy With Delimitation Commission’s Draft Report

The opposition has been alleging that the commission’s recommendations amount to nothing short of a “brazen display of gerrymandering”, as it runs contrary to the conception of the adult franchise of ‘one person, one vote’. However, the commission has been claiming that population, other considerations like administrative units, area and proximity to the border have been factored in while distributing seats.

Responding to detentions, Farooq Abdullah, who heads the PAGD, claimed, “Talk about a lawless police state, the police have even locked the internal gate connecting my father’s home to my sister’s. Yet our leaders have the cheek to tell the world that India is the largest democracy, hah!!”

Senior CPI (M) leader M.Y. Tarigami, who is the spokesperson of the alliance, said it was sad that the Jammu and Kashmir administration was “scared even to allow a peaceful protest”.

“This is where the situation gets worse when people are not even allowed to express their opinion before the public,” he added.

Former chief minister Mehbooba Mufti had also been placed under detention. “A truck is parked outside my house too,” she added.

Scores of activists of the National Conference (NC) and the Peoples Democratic Party (PDP) took out separate protest marches in Srinagar on Saturday after authorities allegedly detained top leaders of the parties ahead of a proposed sit-in against the draft proposals of the Delimitation Commission.

“Keeping under house arrest prominent leader like Dr. Farooq Abdullah ahead of proposed sit-in protest against Delimitation Commission draft is a sham, unethical and against the basic foundation of the Indian democracy which stands guarantee to freedom of speech and freedom of expression to every citizen,” Mir said in a statement.