A belief that naturally matted hair is a blessing from goddesses and cutting them will invite misfortune is fueling the practice in parts of the state.

Pune: Eleven-year-old Harshada Pingale, a class 6 student at a government school in Ghavar village – 35 kms from Pune – was hanging around her neighbour’s house one afternoon. The frail girl’s head was covered with a dupatta since she had gotten her hair cut just a day before. This, however, was not a routine haircut.

For the last three years, the girl has had dreadlocks, which she could hardly comb or wash properly. Among some Hindus in Maharashtra and Karnataka, dreadlocks are considered a blessing from goddesses.

When asked about her school, Harshada was quite chatty. She shared that she has a common teacher for all subjects and couldn’t remember how much she scored in her previous class. But as soon as the subject of her dreadlocks was bought up, she went silent and avoided eye contact.

Just days ago, activists of the Maharashtra Andhashraddha Nirmulan Samiti (MANS) – founded by rationalist Narendra Dabholkar – managed to cut her matted hair – hardly been washed or combed for over three years. Innumerable lice fell from her hair. Dreadlocks – referred to as jata – are rope-like strands of hair formed by matting or braiding. In parts of Maharashtra, several people have dreadlocks and when uncut, they keep growing.

Nandini Jadhav of the MANS Pune unit, who has been on a mission to remove jata for the last four years, has cut matted hair of over 100 women, girls and children.

She informed that about three months ago, someone contacted her about the dreadlocks of this young girl. “I had been calling Seeta Pingale, her mother, for the last three months, counseling her over the phone – but she was not ready to listen.”

Jadhav explained that this practice is due to the superstition that natural dreadlocks are a blessing from goddesses – in this case, Yellamma – and if cut, misfortune will befall the family like financial problems or someone’s death. “Social pressure is another reason why families are reluctant to cut dreadlocks. Seeta, who has one son and three daughters, was also concerned that her son might suffer if the dreadlocks of Harshada are cut,” she added.

Tired of waiting, Jadhav said members of the MANS arrived at Ghavar village unannounced. “Once we reached Seeta’s house, we tried to counsel her, showed her videos of jata removal of other women and also informed her that such hair can cause some disease to little Harshada.”

Seeta, she said, reluctantly agreed to have her daughter’s hair cut. “And tens of lice just came out of her head. Can you imagine how much she has been suffering?” Jadhav said.

Convincing people to have dreadlocks cut has not been easy, Jadhav shared. “I have to counsel the parents extensively. People have cursed me, threatened to beat me,” she said, adding: “Once a woman threatened that she would cut my tongue”.

Not just the family, neighbours and relatives also interfere and become aggressive. What is amusing, however, is once the jata is removed, “the same people start praising, saying the girl was facing health problems or psychological problem due to the dreadlocks.”

In this case, Satish Pingale, Harshada’s uncle accepted that the “girl couldn’t put on weight because of lice in matted hair. Good that those activists came and removed it.”

Seeta, however, has decided to visit temples to take blessings.

Jadhav explained that “Once godmen come to know of any girl or women having dreadlocks, they compel the family to do puja, taking fee in thousands or lakhs. Sometime they advice parents to marry girls to gods, which is a tradition of devdasi. But due to stricter laws, this vicious tradition has stopped now. But godmen do exploit families and girls or women having dreadlocks in various ways.” 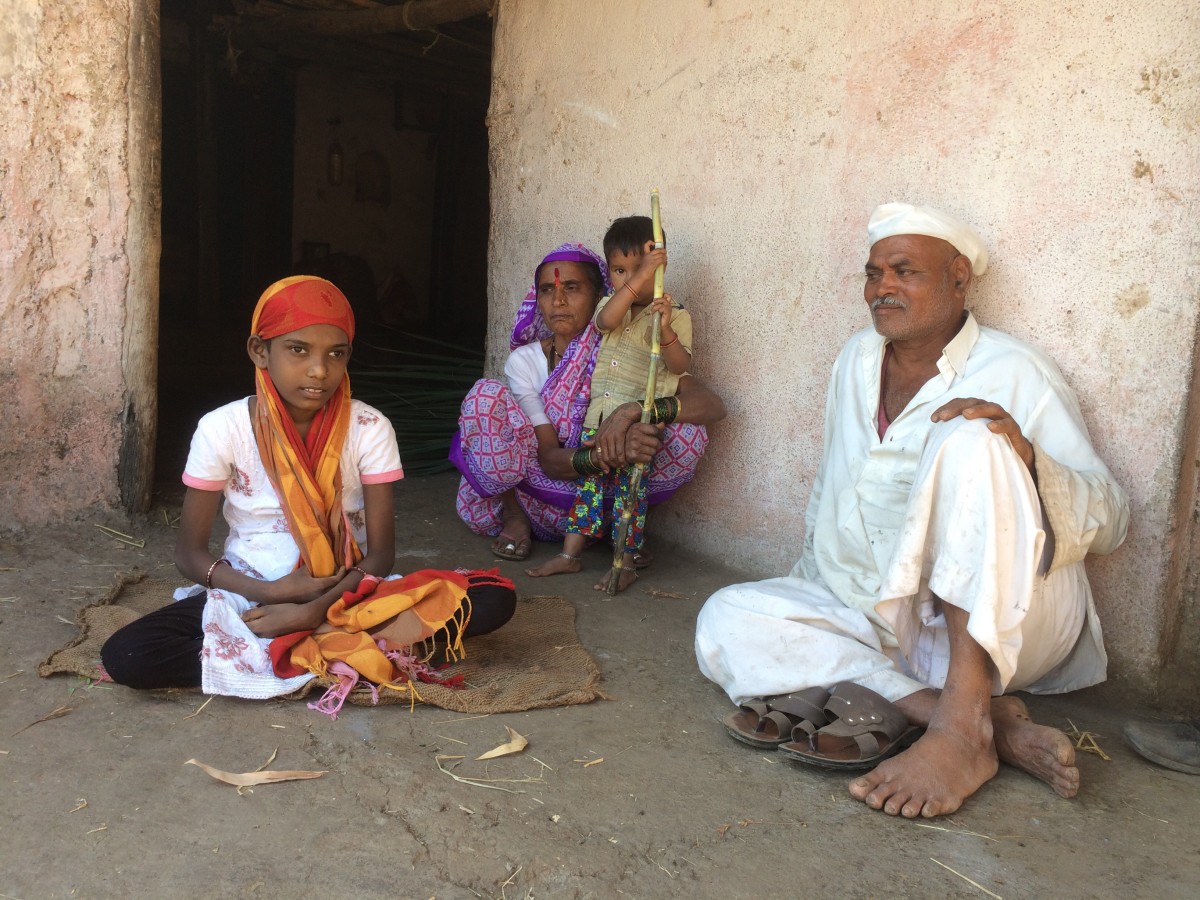 According to her, however, the real issue is not the godmen or even the neighbours or relatives but the inaction of police officials whose job is to implement the Anti-Superstition and Black Magic Act.

“If any godman is exploiting the family of a girl having matted hair, police are given powers to register a case by taking suo moto action,” Jadhav said. “But unfortunately, I have never come across any case in which the police have taken such a step. I have filed an RTI application to know in how many cases police have registered cases by taking suo moto action against any kind of superstitious activity.”

Uttam Kambale, a writer and editor of a Marathi daily, who has written a book based on his research about devdasi – in which girls are offered or married to gods, said: “Firstly, dreadlocks getting developed is a medical problem and nothing to do with god or religion. You will see 90% of the case are of girls because dreadlocks get developed after hair is grown. Boys regularly get haircuts, and hence you see only girls having this problem.”

This superstition, like any other, is born out of exploitation. “Unlike earlier, cases of girls or women having dreadlocks being married to gods have almost come down to zero. But still, many still do not get married or in some cases, are abandoned by their husbands. Due to lack of financial or family support, many are pushed into flesh trade.”

At present, Jadhav is counseling a Schedule Tribe family whose boy child has dreadlocks. The only way to fight this superstition, she believes, is awareness.