The War on Language in Universities is a War on Freedom

An attention to language is what is required when only specific definitions of nationalism, patriotism, freedom or citizenship are being bandied about. 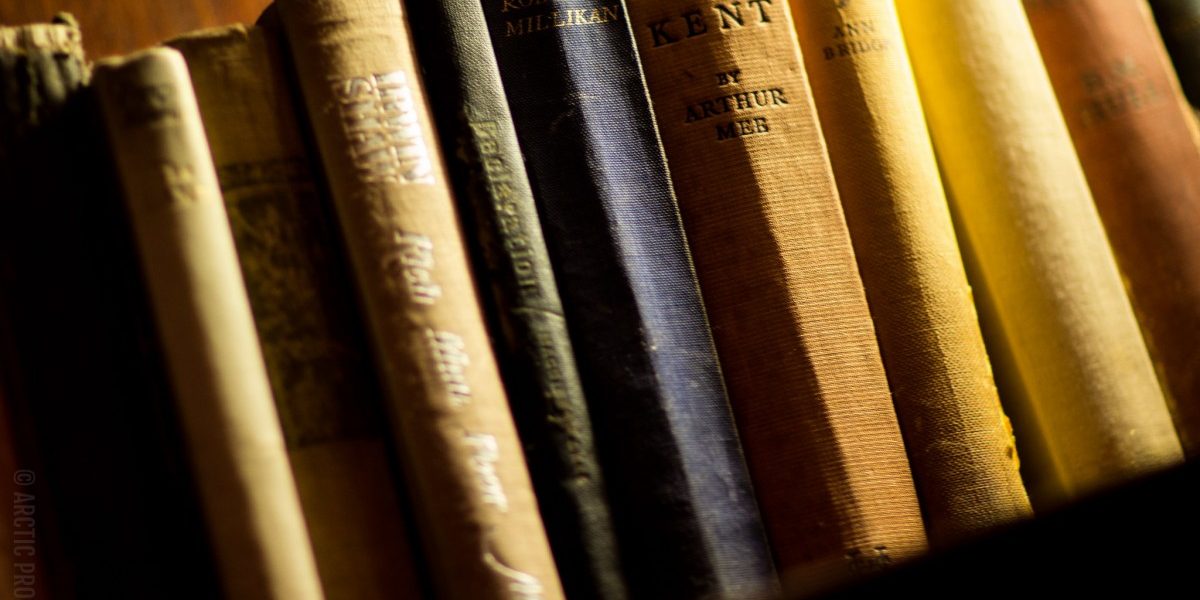 Unless we defend the right to read/write, and to do so variously, with rigour, heterodoxy and attentiveness, we do not defend freedoms. Photo: Jason Parrish/Flickr (CC BY-ND 2.0)

The war on freedom is primarily a war on language. The battle today is around who says what to whom, and how.

Toni Morrison’s oft-quoted 2016 lines, ‘We speak, we write, we do language. That is how civilisations heal’, presupposes spaces and structures for speaking, writing and languaging. What we see now is that universities, the state and the legal apparatuses are worried about language: not just in political speech, but also in literature, films, cartoons.

You cannot screen a film because it raises inconvenient questions about the role of religious symbolism and linked militarisms. You cannot caricature a politician because it satirises a ‘respectable’ person. You cannot hold a discussion about state policies on university premises because students and faculty should be focusing on ‘studies’, not activism. Effectively, these are bans on the use of language, aren’t they?

Let us address this from a different point. Activists are, for the powers that be, a law-and-order problem. (One observes that activists often assume theirs is the only legitimate form of resistance and dissent, one that immediately gets them media visibility – which is no doubt good for the cause – but is not all there is.)

As ‘Occupy’ showed us, even the bodies on the ground, inviting arrests, are performing, like a language (see, notably, Judith Butler’s Notes Towards a Performative Theory of Assembly). Those who mobilise their vulnerable bodies and expose them to arrests, beatings and such, are performing a dissenting language with the only weapons they possess: their bodies.

Banners, placards, slogans are integral to the mobilisation of vulnerability, as we see at every protest. (One Occupy sign said, ‘I’m so angry that I made a sign’). In response, of course, the state apparatus goes after the protesting bodies, converting it all into a war zone and a law-and-order issue. 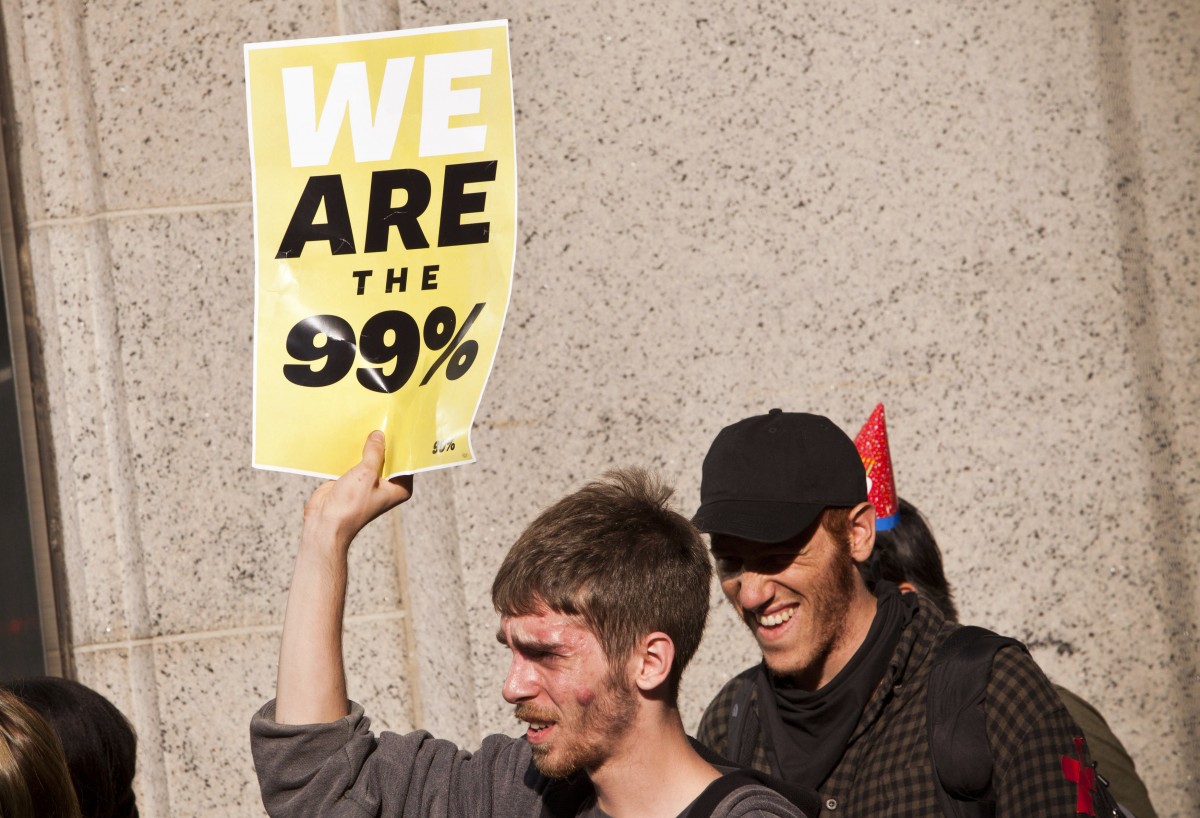 Banners, placards, slogans are integral to the mobilisation of vulnerability, as we see at every protest. Photo: Reuters

Then there are those who write in popular media, go on TV and other platforms to speak about/against whatever is happening. The philosopher Martha Nussbaum, who constantly invokes the humanities as the space from which democracy and dissent emerge, says in Dissent magazine:

“I feel so lucky to have the ability to say whatever I like and to work things out the way I like to work them out … I think that most of us serve the republic better by our writings than we would by going to Washington and giving up writing.”

Adapting the 17th-century scholar theologian and founder of the Rhode Island settlement, Roger Williams, Nussbaum, in her talk ‘Equal Respect for Conscience: The Roots of a Moral and Legal Tradition’ (2008), proposes that conscience is the seat of emotions, imagination and ethical choice (because conscience is the source of equality and respect) and equality of respect for conscience demands the protection of a sphere of freedom around an individual, a protection that is impartial and not imposing any orthodoxy.

She claims, correctly, that she has turned to the great texts in the philosophical tradition to not only ‘illuminate’ (her word) history but also for the sources of ‘ethical and political illumination’ today. She is referencing the history of writing and meaning-making, that does not originate in a local cause alone. The language of questioning is more than an exercise in immediacy and proximity. The language of ethics, of dissent, of protest, draws on causes and inspiration across history and geography. Martin Luther King, Jr. stated this baldly in his iconic ‘Letter from Birmingham Jail’ (1963):

“Injustice anywhere is a threat to justice everywhere”.

Nussbaum is thinking here in terms of reading and writing, slowly, contemplatively (elsewhere she would say that the price one pays for the heavy media-driven speeches and writings costs us in terms of ‘rigorous’ reflection). In short, she is thinking of language. And where does one find this most employed but in a space designed for it – the university.

University as space for rigorous reflection

There is something to be said for the university as a space for rigorous reflection and careful reading – particularly divergent and dissensual reading. For such a reflection to take place, the minimum requirements include a heterodox methodology, a programme of debate and writing. This is not to say, as Stanley Fish does in Save the World On Your Own Time (2008), that one abandons the politics of the barricades (or activism) for the politics of reading/writing. Rather, they supplement each other, each necessary for the completion of the other and an excess.

When the street is barricaded and auditoriums locked against activists, when the university transforms from a space of debate into a war zone – ‘occupied’? – this tyranny may require other forms of intervention, the mobilisation of words and modes of interpretation. To teach reflective thinking, critical evaluation of interpretation or the ‘rhetoric of motives’ (to adapt a Kenneth Burke phrase) and the frames of understanding being put in place by fascism demands deeper engagements with the language of the contemporary political scene and a search for alternative social imaginaries.

Nussbaum sees education as central to a project of what she terms in her book of the same title, Political Emotions. Elsewhere in an interview, she reiterates:

“Education at all levels can and should impart a sense of the project of the nation, at the same time inspiring attachment to that project. And a variety of strategies in society—festivals, public art, public parks and political rhetoric—reinforce these educational efforts. Dissenters have to be respected, and indeed part of what gets portrayed as lovable is the idea of critical freedom and dissent.”

Nussbaum’s insistence on the love of critical freedom and the attention to texts, rhetoric and language is not idle philosophical day-dreaming.

To read well is to detect subtexts and nuances, to teach how to read for politics is political. An attention to language is what is required when only specific definitions of nationalism, patriotism, freedom or citizenship are being bandied about. The battle over identities is, therefore, a battle over naming mechanisms and frames of interpretations, whether these are by courts or by vigilante groups. And hence the need to write, to keep the pages of the books or films, cartoons – language – open. And this is the task of those who teach, read, write.

Reading and writing, as the major philosophers will tell us, is transformative. The ‘essence’ of language, if there is such a thing, is its ability to function far away from its origins, original intentions and frames: and to, therefore, yield something new. Such attentiveness to the language’s ‘essence’ demands a respect for the ‘book’, as the philosopher Jacques Derrida would put it in Paper Machine:

“I believe in the value of the book, which keeps something irreplaceable, and in the necessity of fighting to secure its respect.”

The ‘book’ here is not just a physical artefact, it is language, with all its nuances, the potential for subversion and alternative meanings. This questioning via language and via the ‘book’ is the task of a university. The book is worth fighting for, and the book threatens.

In connection with the emphasis on the task of attending to language in reading, writing and thinking, it is worthwhile invoking this same philosopher on the ‘Cambridge affair’ (the objection by a section of the university to his proposed honoris causa) in an interview published in Points…: Interviews, 1974-1994 (1995):

“If this work seems so threatening to them, this is because it isn’t simply eccentric or strange, incomprehensible or exotic …but …competent, rigorously argued, and carrying conviction in its re-examination of the fundamental norms and premises of a number of dominant discourses, the principles underlying many of their evaluations, the structures of academic institutions, and the research that goes on within them. What this kind of questioning does is to modify the rules of the dominant discourse, it tries to politicize and democratize the university scene.”

Now we see why the university spaces are being threatened with control and worse: the works that are read, critiqued and thought (needless to say, this implies they are read rigorously, not for ‘summary’) can be made to come alive with questions and possibilities.

Unless we defend the right to read/write, and to do so variously, with rigour, heterodoxy and attentiveness, we do not defend freedoms. All freedom begins in articulations and imagining of freedom in some language that we should be reading and writing about in the age of anger: films, literature, comics, images, music, all forms of representation.

The war on reading and writing we see all around is a war on democracy, which is described by this same ‘literary terrorist’ (as Derrida was called) as marked by ‘heterogeneity…the singular, the not-same, the different, the dissymmetric, the heteronomous’. These are also the features of language and of reading well.

Any war on language is a war on freedom.