The Crisis of Witnessing

Ours is now a strange world where the roles of victim, perpetrator, bystander and witness are suddenly interchangeable. 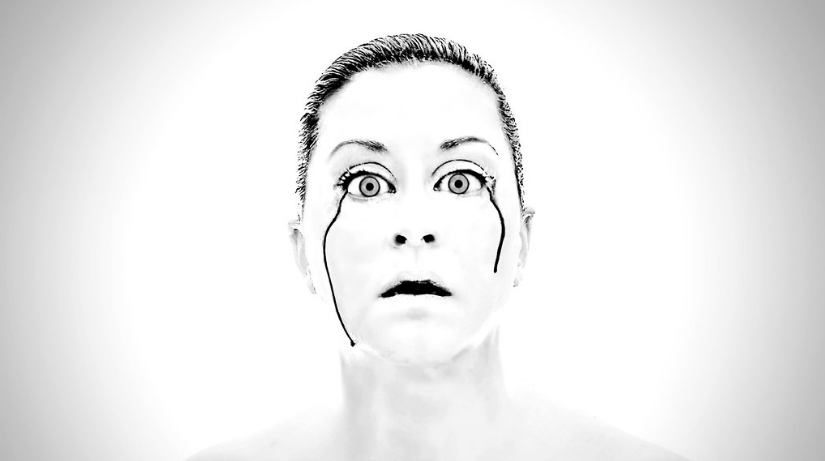 The Shajahanpur law student who was arrested on the charge of having been part of a team which tried to extort Rs 5 crores from Chinmayananda, a BJP leader and her alleged rapist, is only one of the more recent in a long line of victims turned perpetrators, if we look at cases that have made headlines in recent years.

Consider if you will Mohammed Akhlaq’s family, Pehlu Khan or Tabrez Ansari, but also Sanjiv Bhat, the father and uncle of the Unnao rape victim, even the Kashmiri Mir Faiz, studying in Alwar, who was forced to wear women’s clothing and then beaten up.

The list can be added to and the numbers keep mounting. Alongside, we can make another list, that of people who are allegedly perpetrators of vicious crimes but who still have social and political capital and are often welcomed and feted by the political establishment: examples of this kind include those who are accused of the Kathua rape, also Kuldeep Sengar, the accused in the Unnao rape case, Pragya Thakur, the MP from Bhopal.

There are as well others who may be visible on videos circulating in social media, perpetrating violence upon others but are still let off, those who may have been named in the dying declaration of victims but who are not charged for the crimes they may have committed.

While all of these complicate the question of who is the victim in these stories, and who the perpetrator, there are also other, additional questions which these stories raise.

These questions are related to the issue of witnessing and whose voices count as witnesses. The crisis of witnessing, that we are seeing today in many of these cases, is not ‘witnessing’ as it is performed in a court-room and by witnesses called by lawyers and deposing before judges.

Rather, it demonstrates how several of these individuals take on the roles of victim, perpetrator, bystander and witness interchangeably. In addition, there are the policemen who are called upon as FIRs are filed and doctors and medical personnel who treat the battered victims in hospitals and clinics.

The victims themselves also witness to their own truth, even as they lie dying, offering their own accounts of what transpired. This is also done by bystanders and doctors and yet the blurring of the categories, of witness, victim and oppressor attests to the crisis of witnessing in India today.

Take the case of Rakbar Khan who was beaten by a mob of men, convinced that he was a cow smuggler, and who died a few hours later. The multiple versions of his final hours include that of the policemen, his friend and partner, Aslam, who narrowly escaped the same fate by running away, the doctors who say he was brought dead, the statement of the VHP leader, among others.

The conflicting accounts point to the impossibility of a single story emerging, and a similar difficulty is apparent in the Pehlu Khan case as also the Tabrez Ansari case.

While we may claim that these cases are difficult to witness to, as the crowd of bystanders as well the actants are split along communitarian lines the same holds true in the rape cases, and their aftermaths too, which present similar crises of witnessing.

Tabrez Ansari, who died after being lynched by a Jharkhand mob which forced him to shout Hindu chants. Photo: Video screengrab

The Shahjahanpur law student rape case or the Unnao rape case present complicated pictures: the women in these cases, or their families, shift from being victims and are then cast as the perpetrators instead. They are accused of taking advantage of prominent public figures and trying to implicate them in their stories, as the benefits they hoped for were inadequate and they want more advantages to accrue to them.

That, in the process, their names are maligned, their family members harmed, even killed, still does not seem to make the story clear-cut, nor does it change the nature of the narrative within which the women are seen as indicting prominent political personages because of personal vindictiveness.

Put together these news stories point us to not only the actual incidents and the complications that beset legal enquiries and judicial protests but also the world wherein these events take place and where one can no longer be certain of the voice of the witness.

This uncertainty is connected to various aspects: the silence of those who might be able to offer listeners their truth; the accounts offered by those who are both primary victim and primary witness; the voices of those whom we might, in earlier worlds, have deemed perpetrators, but who are now seen as victims of a sick secularism narrative; and so on. The aspects are many and none of these stories offer us a straight road to a truth which can be “universally acknowledged”.

If we consider these stories (and the ones I have enumerated may only be those which have gained prominence via national newspapers and other news outlets), we should then be led to ask why it is that there is so much confusion of categories in this present world.

Previously, some “truths” were more universal and widely accepted: one of them being that human lives were slightly more important than ideological imperatives, in the main.

There was a moral or ethical code, however minuscule, that all or most of us subscribed to, something that Rajeev Bhargava, writing in The Hindu, referred to as “minimally decent”. And yet today we do not ‘know’ for certain, any more, who is a victim and who a perpetrator. To what can this confusion be traced?

We could ascribe the confusion that is so extant today, at least in part, to the solidifying of identity categories which then make it near-impossible for us to recognise others as human, ‘just like us’.  If this is so, then in the process of defining ourselves, are we more in alignment with particularities that erase what makes us all human?

In which case, the possibility of witnessing is undermined at the outset itself because witnessing can only happen if the person speaks believing that she will be heard and that the listener will hear and affirm the truth of the story, even as the speaker relives the trauma every time she tells and re-tells the story. File image of the Shahjahanpur law student being arrested for ‘extortion’. Photo: PTI

As Dori Laub put it in his 1992 essay, Bearing Witness, or the Vicissitudes of Listening, “The absence of an empathic listener, or more radically, the absence of an addressable other, an other who can hear the anguish of one’s memories and thus affirm and recognise their realness, annihilates the story”.

When telling one’s story, when witnessing the terror and trauma of what one has either gone through, or seen up close, each account can further traumatise the speaker. If in addition, one cannot be certain of how that story will be received by the listeners, then can there be witnessing at all? The fact remains that several cannot speak, or if they do speak it is in the expectation that what they are saying is likely to be undermined by the disbelief of the hearer(s).

This absence of an empathetic listener or listeners, also prevents us from recognising victims and/or perpetrators today.

We are so constrained by our own subject positions and those of our communities that when we hear the voice of suffering speak, we do not hear the words but only see another, one whose difference to us is marked and recognisable and therefore not deserving of the same rights that we might possess.

There remains the role of the bystander-turned-witness, those who cannot see the trauma of the victim and instead claim that they were perfectly well when taken into custody, or required only minimal aid when taken to hospital. These are witnesses who sometimes testify to the criminality of the victim, in which case where is justice?

The truth of the victim which cannot be articulated by her, due to whatever reason, but which is falsified by the witness then becomes a “truth” that will never be performed by a witness. The reasons for this confusion are many: the fear of becoming a victim oneself; the conviction that the victim is, in actuality, a perpetrator, simply by virtue of belonging to another community; the casual ease which makes it possible to ignore the trauma of others if they are ideologically at variance with us and so on.

But maybe, just maybe, it is time to think about whether we need to listen, whether we should try to hear and understand the many stories that are all around us. Maybe we need to think of power equations when determining who are the victims and who the perpetrators.

And maybe we need to accept the humanity of those who might be distinct from us in their belief systems, their religious beliefs.

Because when we keep quiet, when we do not have the courage to witness to the truth of the atrocities that are to be seen all around us today, we may be convinced of the need to be neutral but our “neutrality helps the oppressor, never the victim. Silence encourages the tormentor, never the tormented” in the words of Elie Wiesel.

Anna Kurian teaches at the department of English in the University of Hyderabad.