The Coronavirus Pandemic Has Strengthened Class Segregation in India

Both the government and middle-class society have left the country's migrant workers to their own devices. 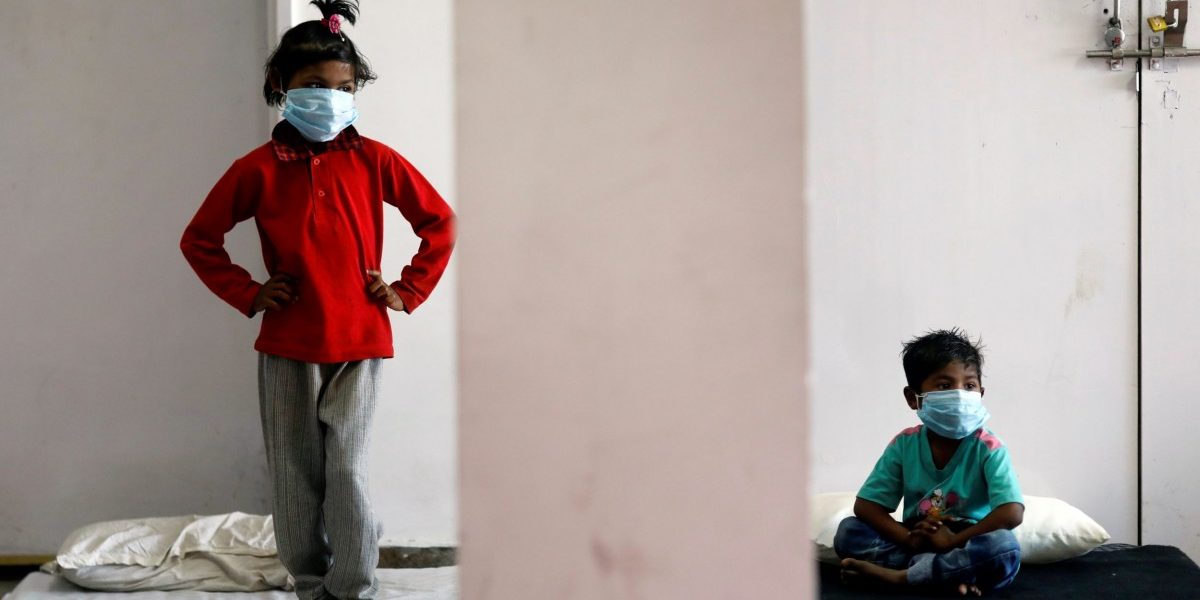 As citizens bearing equal rights, migrant workers, Dalits, tribals, Muslims and sexual minorities are a substantial part of the modern nation-state. However, the actual story of India’s economic growth has showcased their persistent marginalisation and exclusion. These groups survive in isolation and have often been treated with disdain, mistrust or even as a threat to the nation’s culture. Under the anxious gaze of the middle class, the economically worst-off and the socially marginalised are often condemned as meritless job takers, even criminals, and therefore at the receiving end of indignity, coercion and violence by the state and society.

In the current global crisis due to the rapid spread of the COVID-19 virus, it is now more evident that migrant workers in the cities are the most vulnerable and the worst hit. They have to deal with triple jeopardy now: first, the grave threat of the coronavirus pandemic, second, the heartless neglect of civil society, and finally the hard and disciplinary measures of the state that has rendered them unemployed, hungry and homeless.

The coronavirus pandemic has forced us to at least talk about the plight of the poor. However, the state is yet to devise grounded strategies or substantive policy measures to help the informal working class population. The current debate on disaster management is mainly centred around middle class sensitivities and dominated by populist political slogans. The Central government has used globally tested measures like ‘lock down, social distancing and hand wash’ to engage the population in this battle. This strategy has provided psychological comfort to the middle class and may even have slowed or halted the rising curve of Corona virus contamination. However, the government remains a mute spectator to the economic deprivation, powerlessness and ostracism faced by the poor.

Also read: Dignity and Disinfectant in the Time of a Pandemic

COVID-19 is a global epidemic. There is a growing acceptance within the middle classes that everybody is ‘untouchabl’e today. From someone at the highest levels of power to a beggar on the street, anyone can be the carrier of the deadly disease. Each body is suspect and dangerous as it can contaminate with a mere touch. We are treating each one as an impure ‘other’ and disciplining ourselves to keep a safe social distance. ‘Your touch may kill!’ we are told in each news bulletin. Ostracising oneself from the social is the new norm. Under the burden of several deaths, families, societies, religions, nation-states, ethics and even the Gods are collapsing. Only the secluded, alienated ‘untouchables’ will survive.

The pandemic is terrible but it is also a temporary crisis for the middle class. This class can observe social distancing more effectively than the rest and therefore is less prone to become the prime victim of the disease. Further, they are comfortable with their economic situation, their medical needs are insured and timely and their habitats are gated and secured. Therefore, even if the crisis extends for a month or two, this class will be able to bear the burden.

The elite and the middle class sections value ‘social distancing’ just as the Brahminical status as a ‘superior untouchable’ was adorned in ancient caste society. The Brahmin was an untouchable but in an affirmative way – distinct, superior and divine, and therefore exclusively away from the touch of the lowly mortal. His social position allowed him the ability to enjoy each and every material benefit of the world, without much physical labour or anxieties. The Brahmins would remain as a sacred body socially distanced from the other contaminated bodies. Similarly, in the current crisis too, the elites and the middle classes can treat ‘social distancing’ as an essential entitlement to remain untouched by other impure and contaminated bodies.

In any epidemic fatality, the poor are the worst victims. Note the insecurities faced by the security guards of a housing colony or the healthcare staff: this class faces, touches and meets unknown people every minute and opens itself to this deadly disease without much protection. Alongside, the delivery boys, housemaids, sweepers, sanitation staff, rag and waste pickers, cleaners, etc. are marked as ‘essential service providers’ and these classes do not have the privilege to ‘work-from-home’. As daily wage earners and as manual labourers, they serve the middle class population even in the most hazardous conditions.

Therefore, ‘work-from-home’ is not a mere act of social distancing to avoid the disease, but it is also a potent middle class privilege. It is the middle class luxury that comes along with paid holidays and job security. It is hierarchical professional segregation. It is a new form of untouchability: ‘the essential service providers’ must remain functional to serve and protect the life requirements of the middle class elites, even in the most contaminated environment.

The majority of India’s 470 million workers are designated as informal labor. Among them, around 120 million comprise migrants from rural areas, who come to the city to escape poverty and the feudal social order. Such a vast number is not only a disgrace, but also showcases the social calamity caused by the failure of our economic planning. These poor migrant labourers are “the proletarians of the proletariat” because they are distinct from the formal working class.

Guy Standing suggests they are a heterogeneous class. They cannot be counted as part of proletariat but identified as informal labour or the precariat. Their nature is distinct from the elites, middle classes or the salaried labour force, as they lack basic security meant for formal industrial citizens like adequate income, health insurance and the right to form unions. They survive in deep poverty, face extreme competition in the labour market and due to lack of professional skills face greater unemployment. In any political or economic turmoil, this class carries the heaviest burden.

Migrant labourers reach the metropolis in search of better livelihood; however, they often become victims of contractors. They are employed on very low daily wages in inhumane and unethical working conditions (mainly at construction sites, etc.) without any legal security. Further, the threat of eviction and deportation perpetually hangs over their heads. Millions of working-class poor, especially the worst off amongst the migrant labourers are devoid of basic human rights and distant from social security. Even during a time of economic progress, these daily wage earners survive with stressful insecurities as they live in the poorest habitats, as squatters or in unhygienic locations and cannot afford a good education for their children, let alone any leisure or happiness.

Alongside the habitats of the poor migrant labourers, one can find shanties or jhuggis of people who are often termed as beggars, paupers and the homeless. Article 23 prohibits human trafficking, begging and similar forms of forced labour. However, the 2011 Census found around half a million beggars and 1.8 million homeless people across India. These people are often associated with precarious menial jobs such as scavenging and rag picking. They survive in destitute conditions, wander around the city in search of physical relief, accommodation or food, and account for most of the people in the slums or the temporary shelters provided by the government.

Harsh Mander in his studies on migrant populations noted that the general attitude of the ruling elites towards this section is contaminated with prejudice and intolerance. They are often treated with contempt and termed lazy, criminals and ‘illegal’. On occasion, such bigoted behaviour gets converted into fanatic communal rage and has instigated riots, especially against the Muslim minorities. In the current episode, a national Muslim congregation by the Tablighi Jamaat held in Delhi before the government had announced any restrictions or even sounded a warning, has been overtly targeted and blamed by the mainstream media for spreading the coronavirus in various parts of the country as part of a  ‘Corona Jihad’ strategy.

During normal conditions, the government, with the help of non-governmental organisations, has often prescribed welfare policies and charity to help the poor migrants. However, any literature review on state aid for the welfare of the urban poor population would demonstrate that government efforts which could have a positive intent often neglect the actual needs of the poor due to half-hearted execution under the control of a corrupt bureaucracy.

Big modern cities in this regard are soulless. In the current context of the epidemic, the city’s giant buildings, grand palaces, historic monuments, big religious shrines, large farmhouses and spacious residential apartments are divorced of human concerns. No one asked the poor migrants who set on foot for the countryside to stay back, no one promised them that the city would take care of them. No government, no civil society, no NGO, no intellectual looks credible enough to convince the hordes of migrants that this is their own city, the same one that they have built and served. That is why they walked.

The constitutional directives or the legal provisions for the security and empowerment of each citizen do not appear to apply to the poor. In the current tragedy germinated by the coronavirus, the middle-class, civil society and state have neglected the human claims of the migrant labourers and forced them to resort to a mass exodus. Their visible neglect by state and society makes them even more vulnerable and alienated. The middle class remains distant and powerless. It can only watch the exodus on TV and then wash its hands every 20 minutes to remain virus free.