On March 15, the officer, who is admired for revamping social welfare schools, was seen in a viral video of an oath-taking that replicated the ceremony through which Ambedkar converted to Buddhism and renounced Hindu gods. 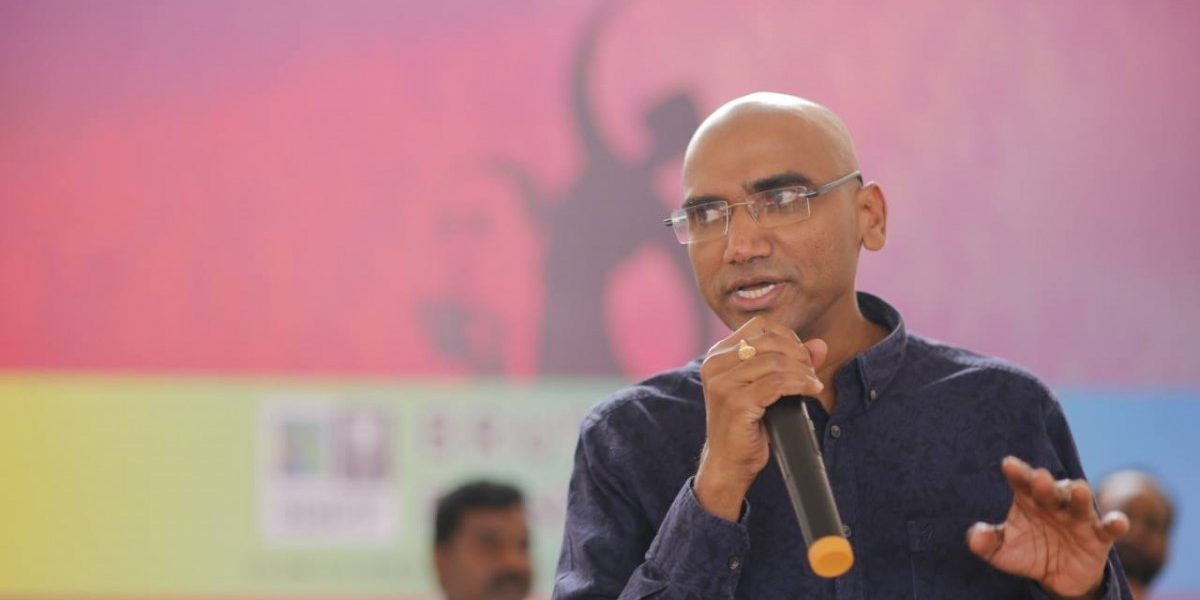 Hyderabad: R.S. Praveen Kumar, a senior Indian Police Service officer of the 1995 batch, is being targeted by Hindu radical groups in Telangana for his alleged anti-Hindu stance.

Although he is a police officer of the additional director general of police rank, he has been posted as an IAS officer on deputation as the secretary of the Telangana Social Welfare Residential Educational Institutes Society (TSWREIS) for nearly a decade.

In this role, he has been admired for his landmark initiatives to change the face of social welfare schools in Telangana (and the united Andhra Pradesh state before it) and the fate of students from marginalised backgrounds.

According to a News Minute report from 2019, TSWREIS ran 268 residential educational institutions – from primary to undergraduate level – that year. They provide free food, education and residential facilities to thousands of underprivileged children. While these schools had historically performed poorly, there has been a remarkable improvement recently. Students from these institutions had a pass percentage of 84.31% in the 2019 intermediate (Class XI and XII) board exams, much higher than Telangana’s average pass percentage of 64.8%. 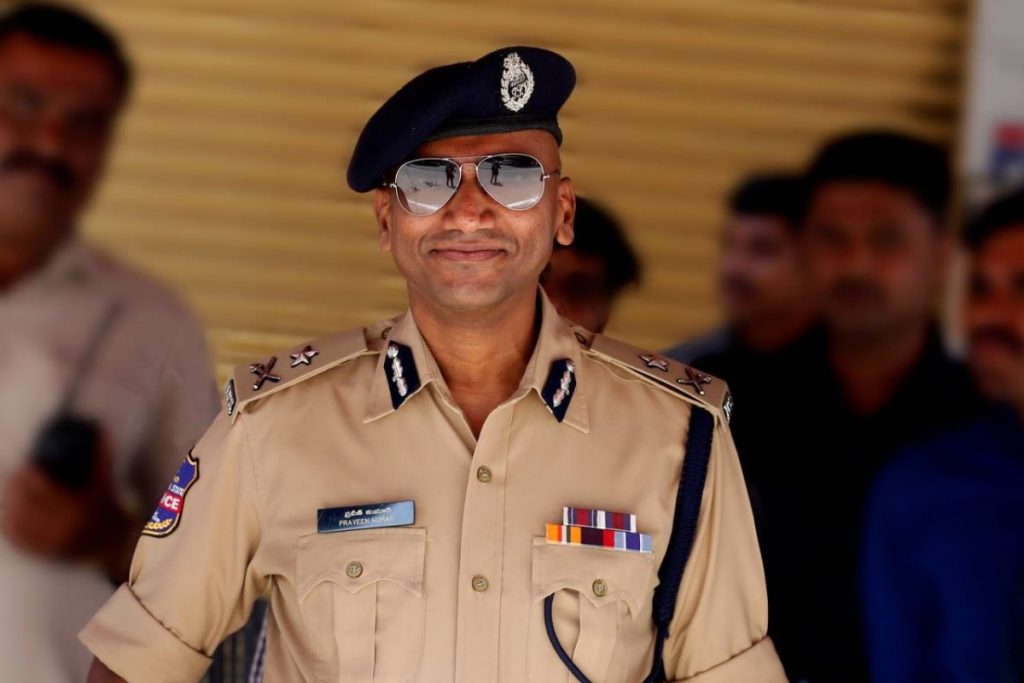 On March 15 this year, a viral video showed Kumar and several others at an oath-taking ceremony against the worship of Hindu deities and participation in Hindu rituals at a famous Buddhist shrine at Dhulikatta in Telangana’s Peddapalli district. The oath that was recited included these lines: “I do not have faith in Gowri, Ganapathi or other Hindu gods. I will not worship them. I do not accept the concept of avatars of God. I will not do Sraadha Karma, nor do Pinda Daan. I will not do anything that is against the principles and teachings of Buddha. I will not consume alcohol. I do not believe in Rama, Krishna. I will not worship them.”

The oath-taking ceremony replicated the Buddha Vandanam, the ceremony at Nagpur’s Deeksha Bhoomi in which Dr B.R. Ambedkar, on March 15, 1956, took 22 oaths to renounce the Hindu religion and embrace Buddhism.

When the video was posted on social media, Kumar was attacked by Hindutva groups. He immediately denied the allegations, stating that although he had been present at the oath-taking ceremony, he had not participated in the recitations and that the programme had been organised as part of the holy month ceremony of SWAEROS (Social Welfare AEROS), a network of the alumni of the social welfare schools under his control.

This is my clarification on what has appended in Dhulikatta Buddhist Shrine today. Once again I reiterate Swaeroism is inclusive ideology and we have people with all religious faiths working for liberation of poor from poverty. #swaero pic.twitter.com/h08wKjXcd9

In fact, during the speech he gave on the occasion, he said that the SWAEROS movement is inclusive of all castes and religions, asking its members to take inspiration from aspects of all religions.

In a complaint to Jitendra Singh, the Union minister of personnel, public grievances and pensions and department of personnel and training, an activist group named Legal Rights Protection Forum alleged that the SWAEROS network, which was founded by Praveen Kumar, functions like an extra-legal outfit to corrupt the minds of children in the name of uplifting the poor and attacking the critics of Praveen Kumar.

MP Bandi Sanjay, the BJP’s Telangana state president, claimed that his convoy was allegedly attacked by a mob that owed its allegiance to the SWAEROS network on March 17.

This is not the first time that Kumar has been targeted by Hindutva groups. In 2019, Karne Srisailam – the president of the National SC Reservation Parirakshana Samithi (National Forum to Protect Reservations for Scheduled Castes) – accused the social welfare schools under the aegis of Kumar of alleged financial irregularities. He also described Kumar as an ‘urban Naxal’ in a letter he had previously sent to then governor of Telangana E.S.L. Narasimhan.

These wild allegations provoked some students to attack Srisailam, following which there was a brawl. Students accused Srisailam of being backed by the RSS,

A case regarding the brawl is pending investigation at a city police station.

‘A conspiracy to malign me’

Speaking to The Wire, Kumar asserted that he is a Hindu and his parents are Christian. He believes that the attacks on him and the SWAEROs movement are part of a ‘conspiracy’ hatched by people who do not like the empowerment of marginalised sections of society via quality education in the social welfare schools.

The son of a Dalit woman who once worked as a child labourer in the Nallamala forest area but grew to become a teacher, Kumar said he was inspired by his family background to launch a movement for the empowerment of marginalised people. With a network of two lakh people, SWAEROS, Kumar said, works on health, literacy and economic empowerment among marginalised sections of society.

He pointed to Malavath Purna, an Indian mountaineer, as a product of one of his schools. On May 25, 2014, at the age of 13 years and 11 months, Purna scaled Mount Everest and became the youngest Indian and the youngest woman in the world to have reached the summit. On July 27, 2017, she climbed Mount Elbrus, the highest peak in Russia and Europe, and on arriving at the summit, unfurled a 50-foot long Indian flag and sang the national anthem. 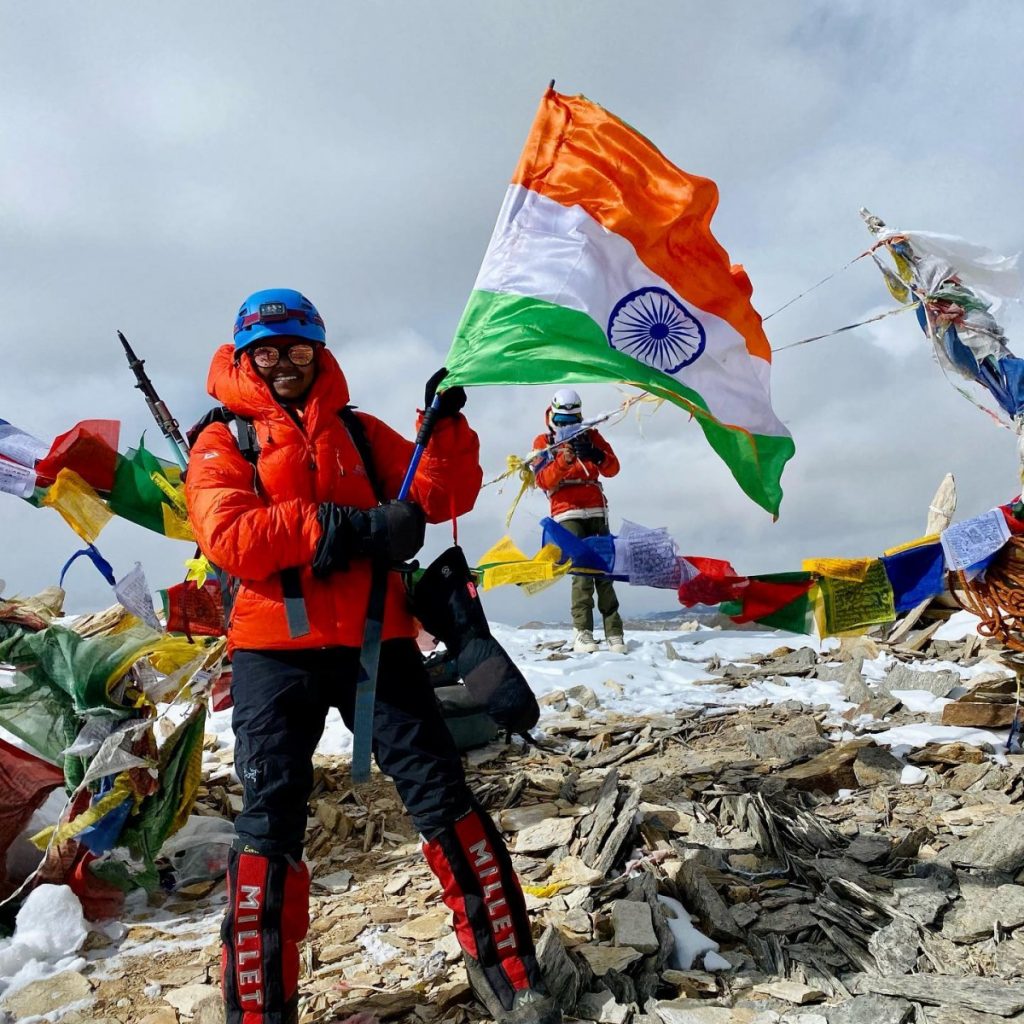 “See the paradoxes. My children unfurled the national flag on Everest, but I am called an anti-national,” he said. “I received the prestigious police medal for gallantry from the former President of India Pranab Mukherjee, but now a complaint against me has been lodged with the president. As a police officer, I received accolades for combating left-wing extremism, but now I am called an urban Naxal.”

In an article written for Counterview, Vidya Bhushan Rawat, a human rights defender, said that there seemed to be a conspiracy to defame Praveen Kumar. “It is time for all of us to speak up to defend the work of Dr R.S. Praveen Kumar,” Rawat wrote, referring to the police officer as “an outstanding institution-builder”.

Political theorist and activist Kancha Ilaiah Shepherd also defended Praveen Kumar, daring Hindutva groups to render the Buddha’s oath meaningless by reforming the Hindu religion to the extent that it treats all people as born equal and makes the attainment of priesthood a fundamental right for all.

“The right to priesthood is a core philosophical principle of any religion,” Shepherd had said in an article titled ‘Caste in Heaven’ that was published in Mainstream Weekly. “Everybody should have the right to engage with god and become a priest if they choose to be. Hinduism, which is a ruse for Brahmanism, does not allow that.”

Speaking to The Wire, Shepherd said that even if Kumar had taken the oath to give up his belief in Hindu gods, it could not be unconstitutional because Ambedkar, an architect of the constitution of India, had taken that same oath.